The annual UP 200 Dog Sled Race started two nights ago in Marquette.  This year since there is so much snow, race organizers did not have to alter the route so Grand Marais was the half-way rest and turn-around point.  Most years the mushers start arriving in town mid to late morning on Saturday, but this year the first musher did not arrive until nearly 2:00 p.m.

Before I get to the UP 200 photos, here are a couple of pictures taken at my house.  The other night we had yet another snow storm.  This one was mild with only around six inches of snow. 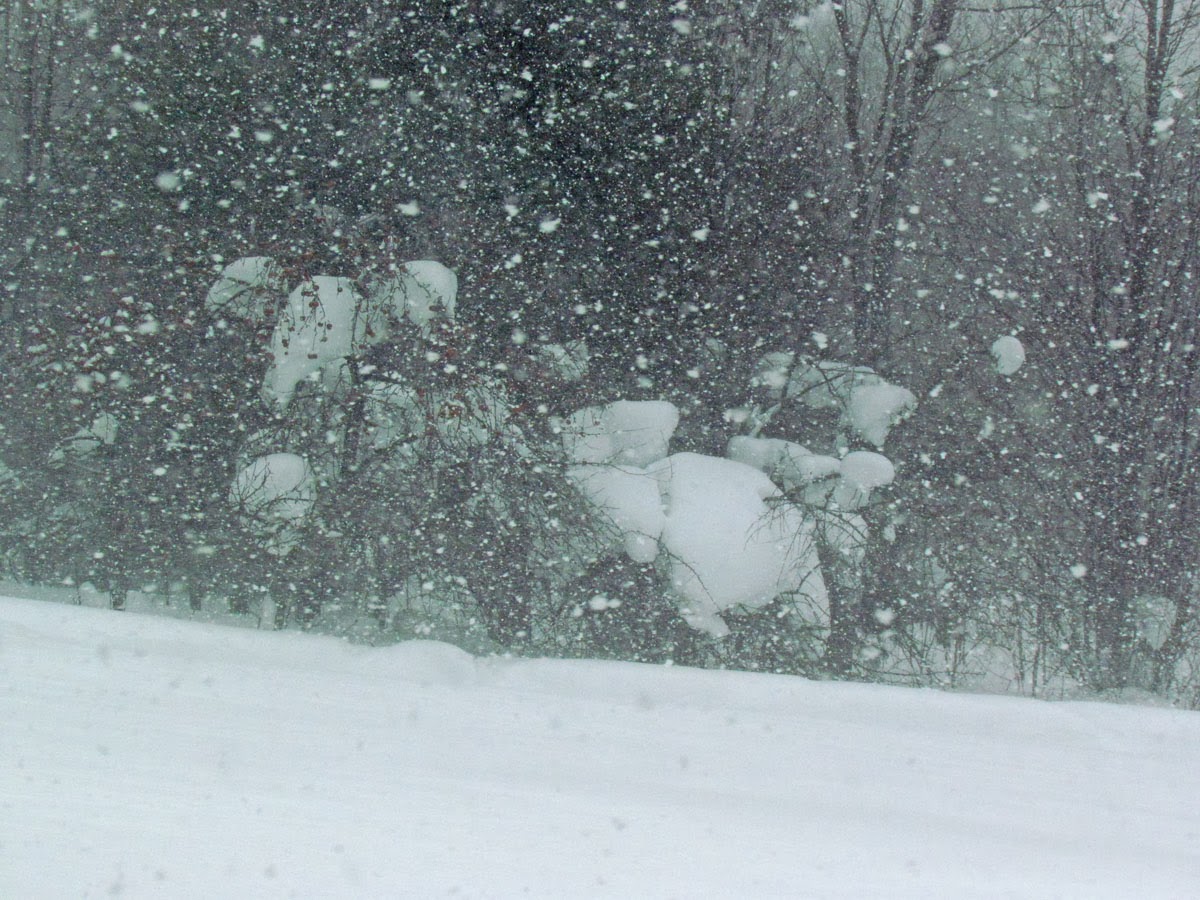 With the inch or so that we had the day before, it was time for the front end loader to clear my driveway, or the "yooper shovel," as I call it. 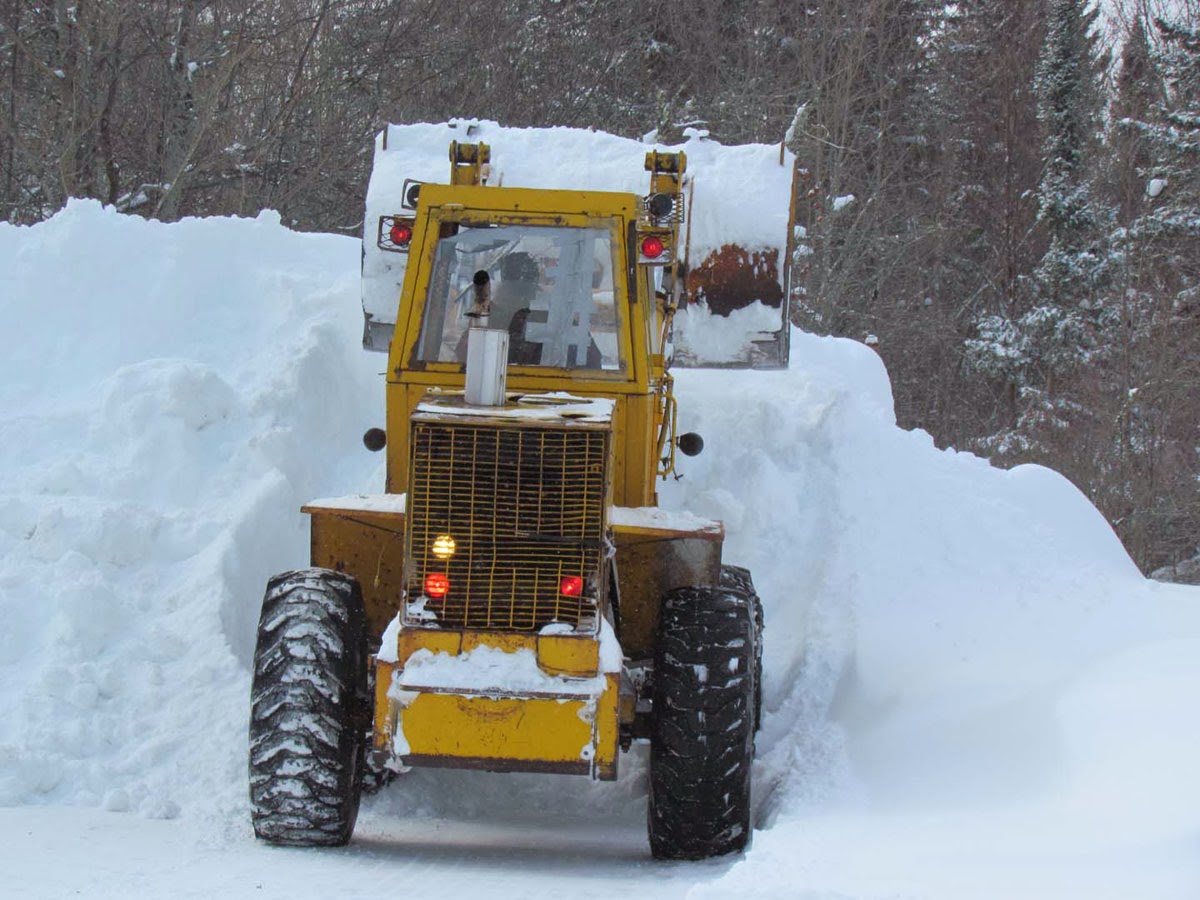 As I was walking over to the dog sled race, I spotted people on top of the snow bank piled up next to the house that is to the west of the museum.  You can see the museum on the left of the photo. 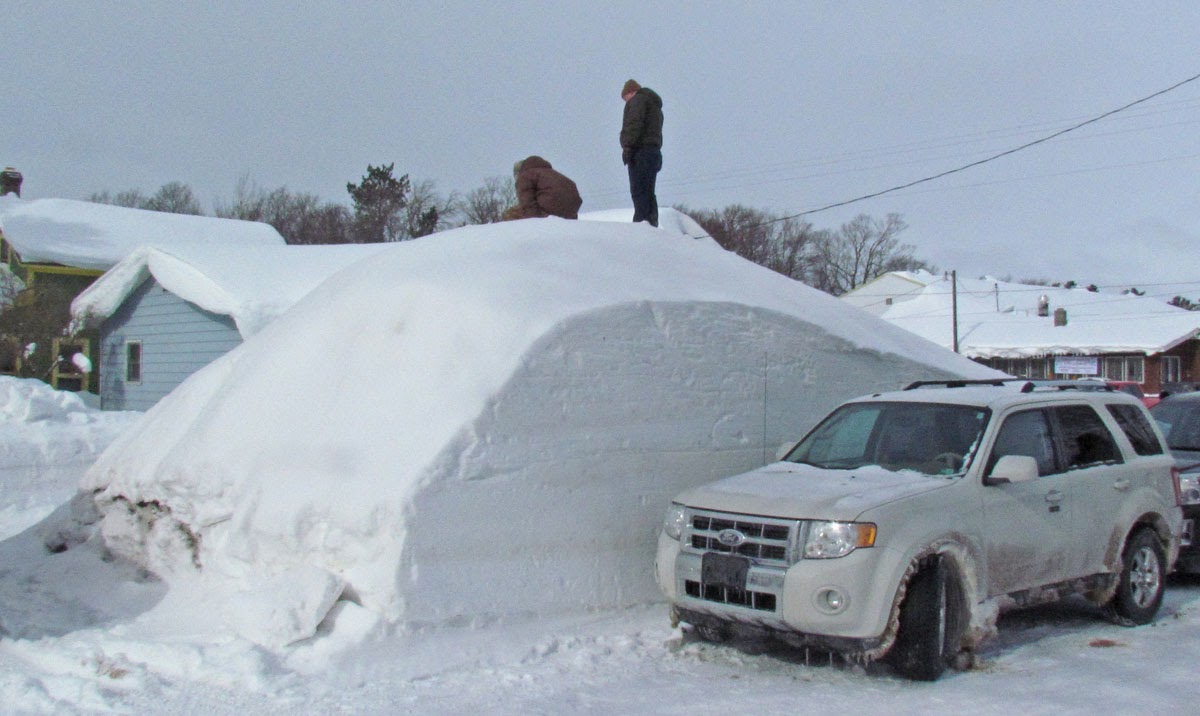 More than two hours before the first dog sled team arrived in town, there were not many people out along the route. 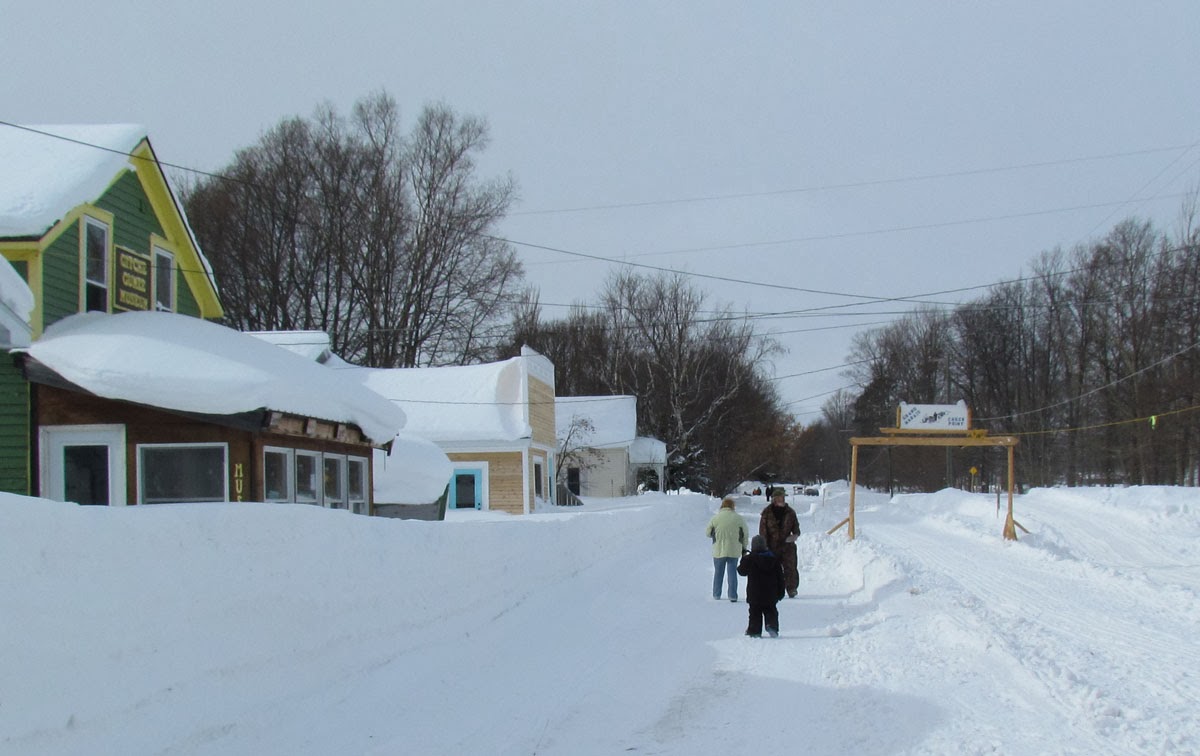 They cut back the snow bank in front of the museum, but it is still more than four feet tall. 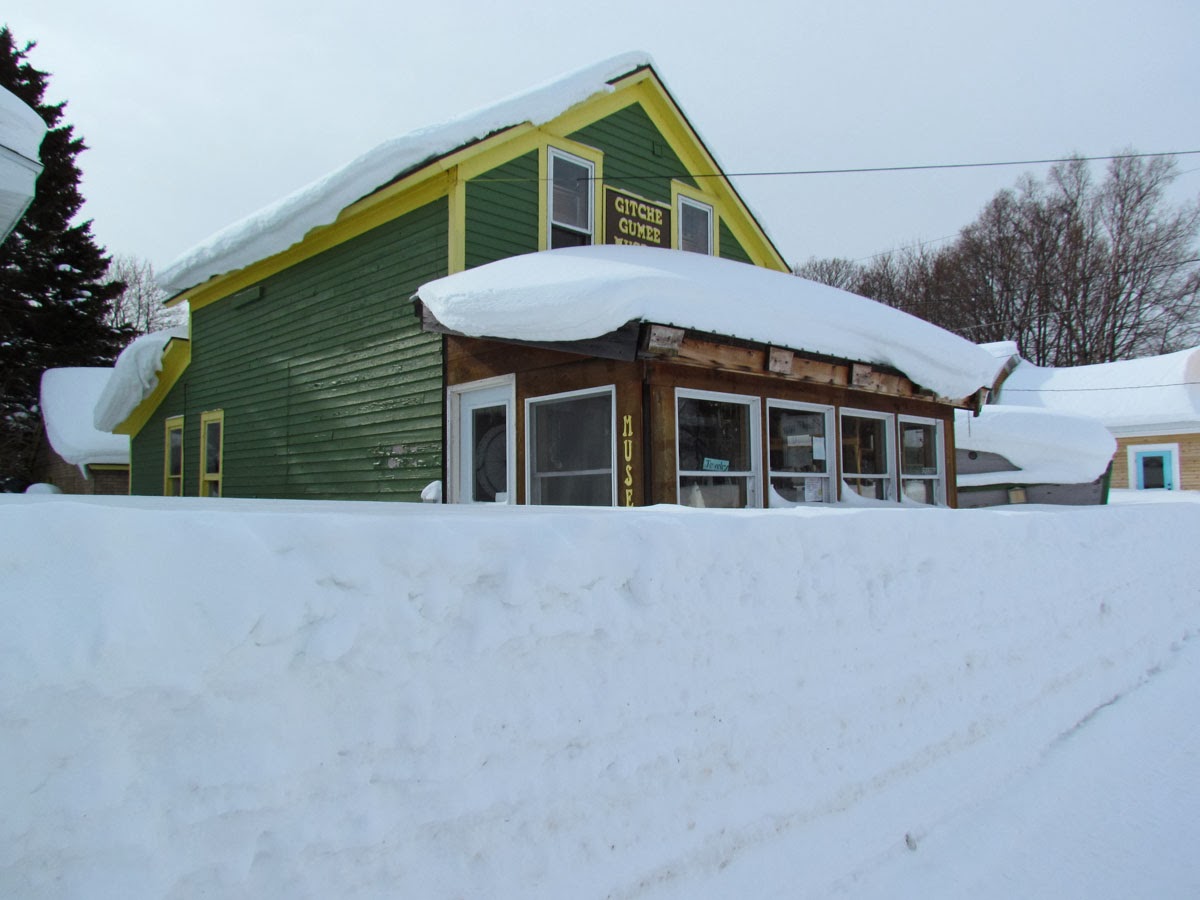 The dog sled teams have to go through the check point gate. 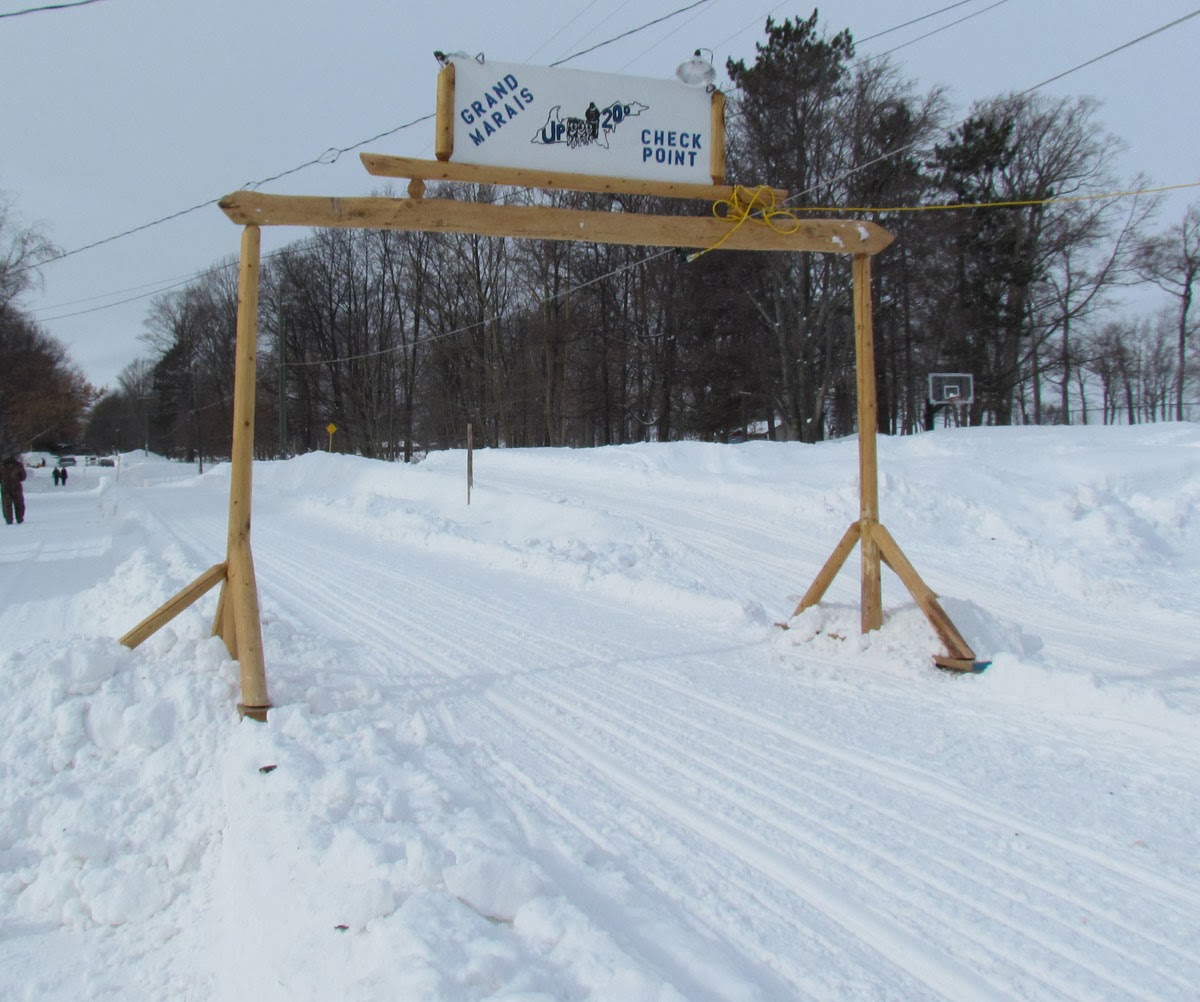 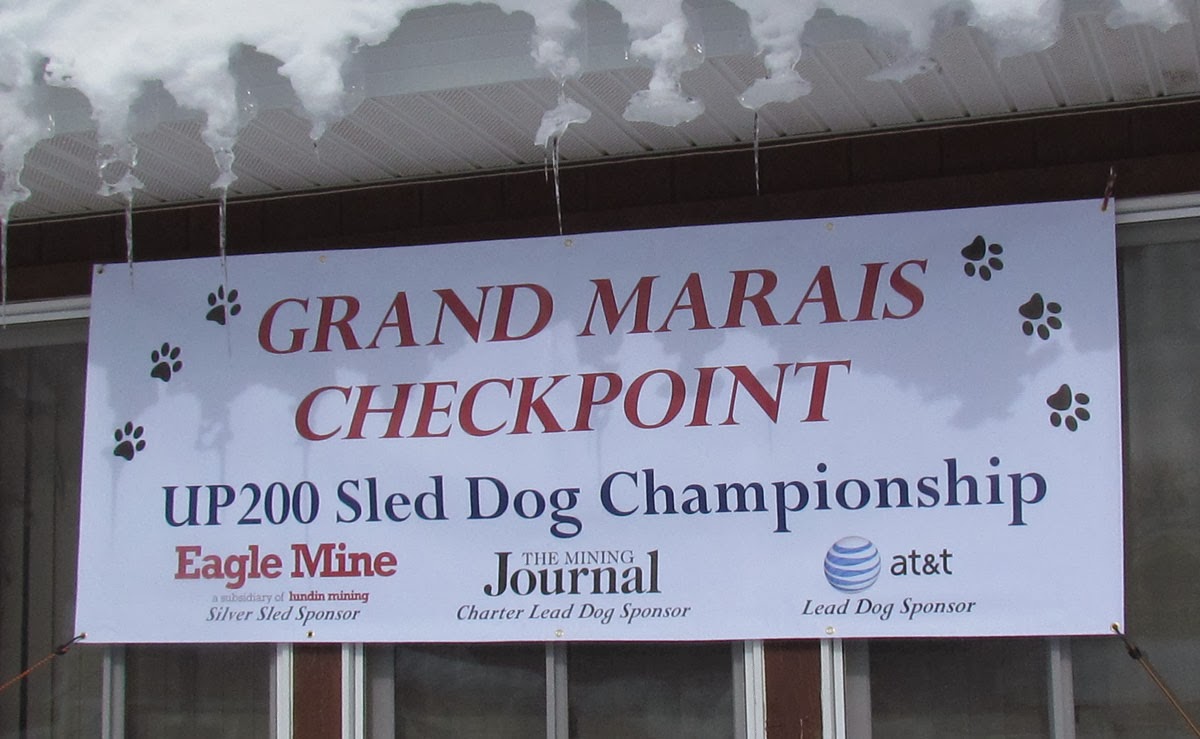 I went into the rec center to get lunch (Women's Club Soup and Sandwich fundraiser) and to take pictures.

The Methodist Church also has a fundraiser. 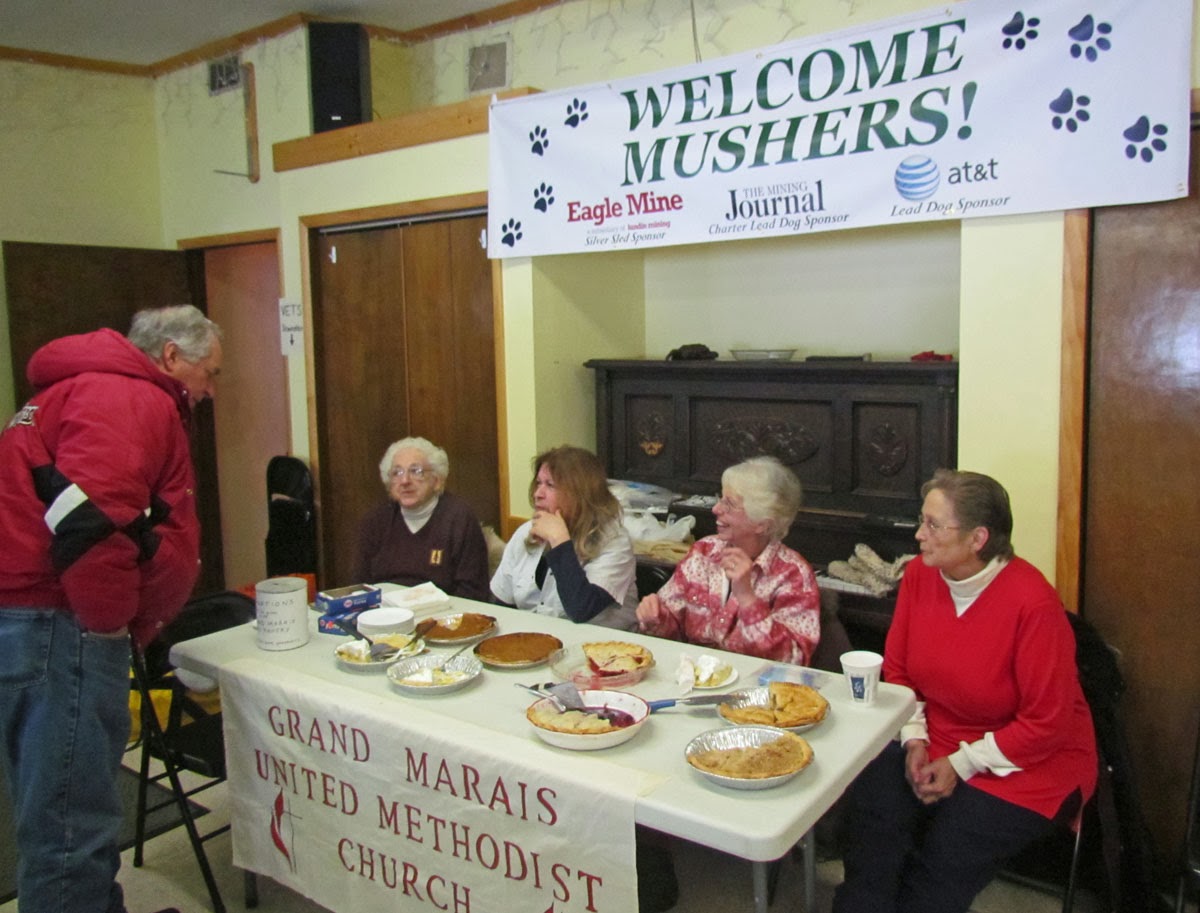 Race organizers and other support staff... 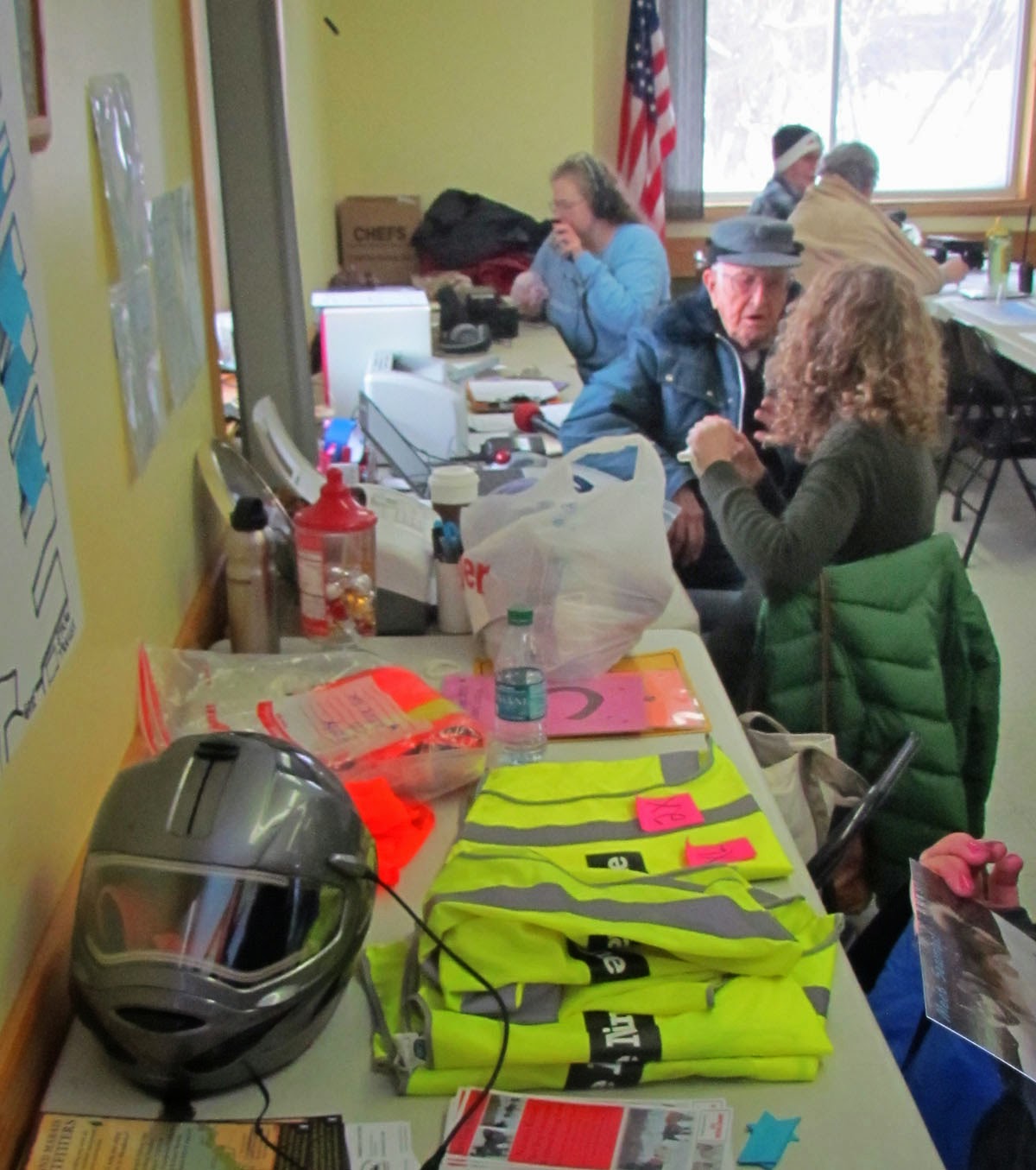 A silent auction is held to raise money for the event.... 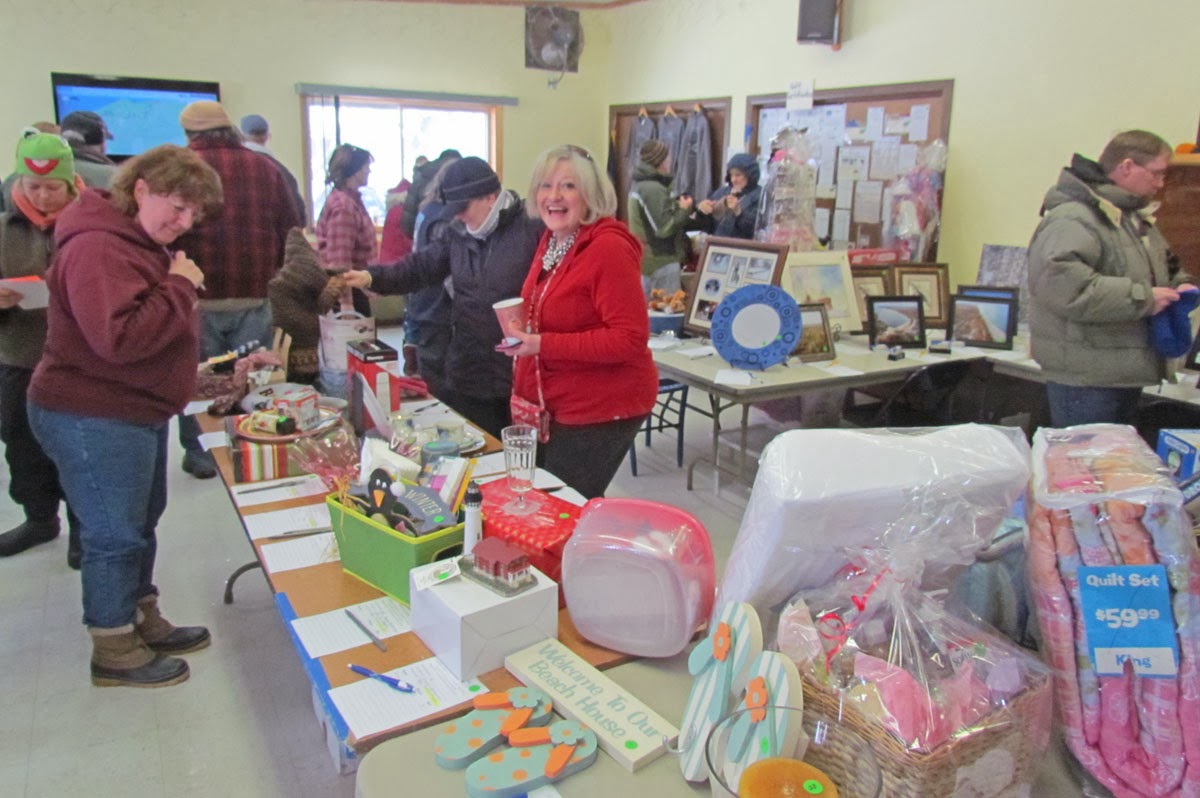 This year the dog sled teams have a GPS live tracking system.  The web page sign that was posted is shown below. 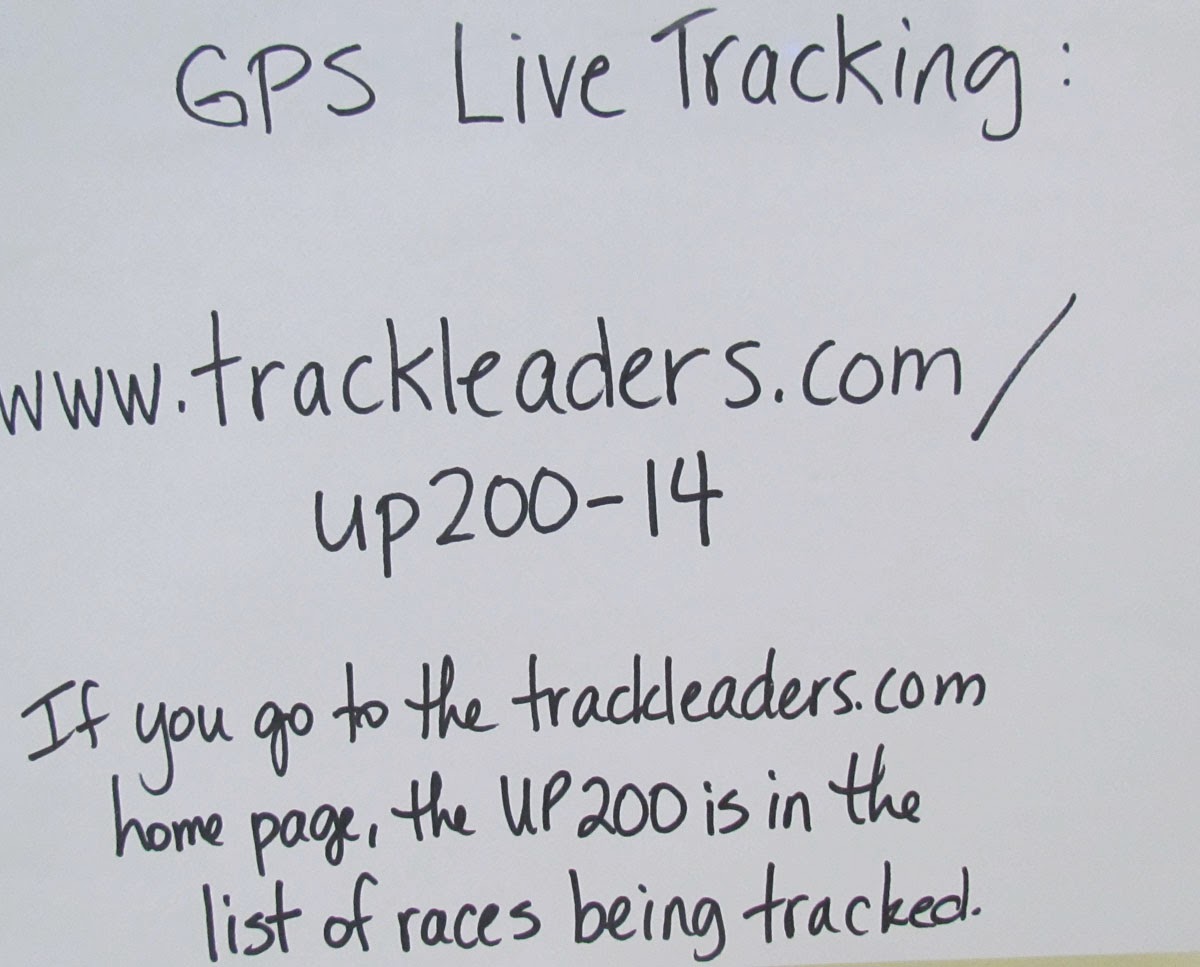 This is what the web page looks like.  The blue balloons are the sled teams as they were heading toward Grand Marais. 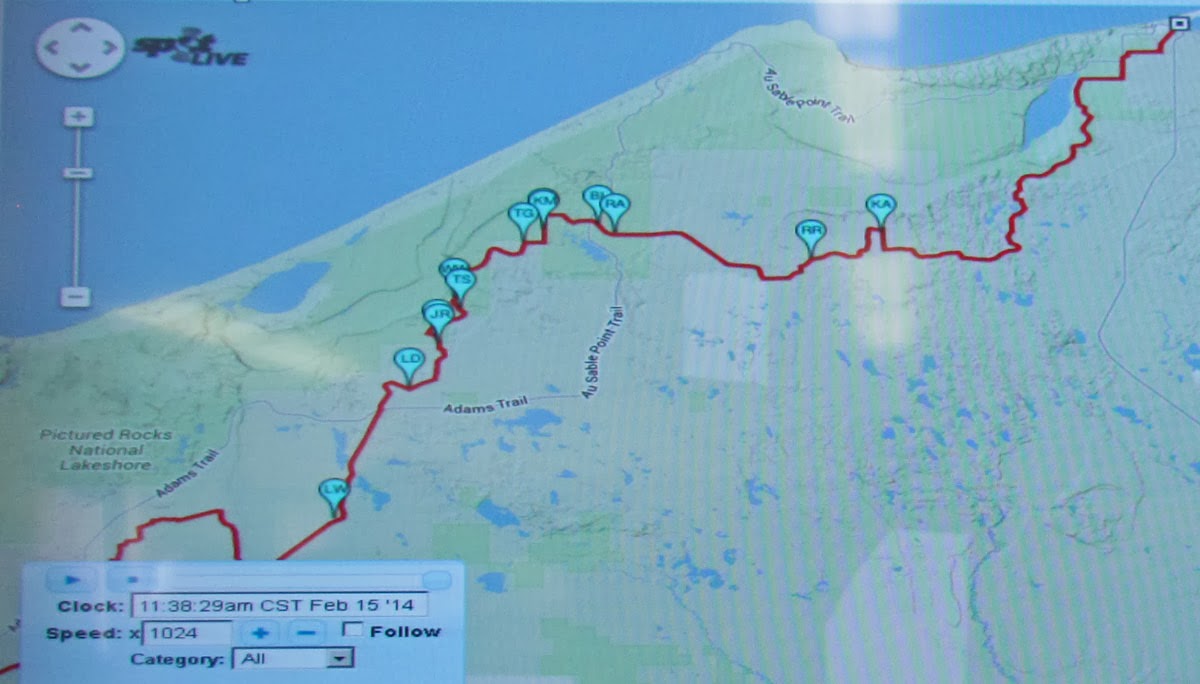 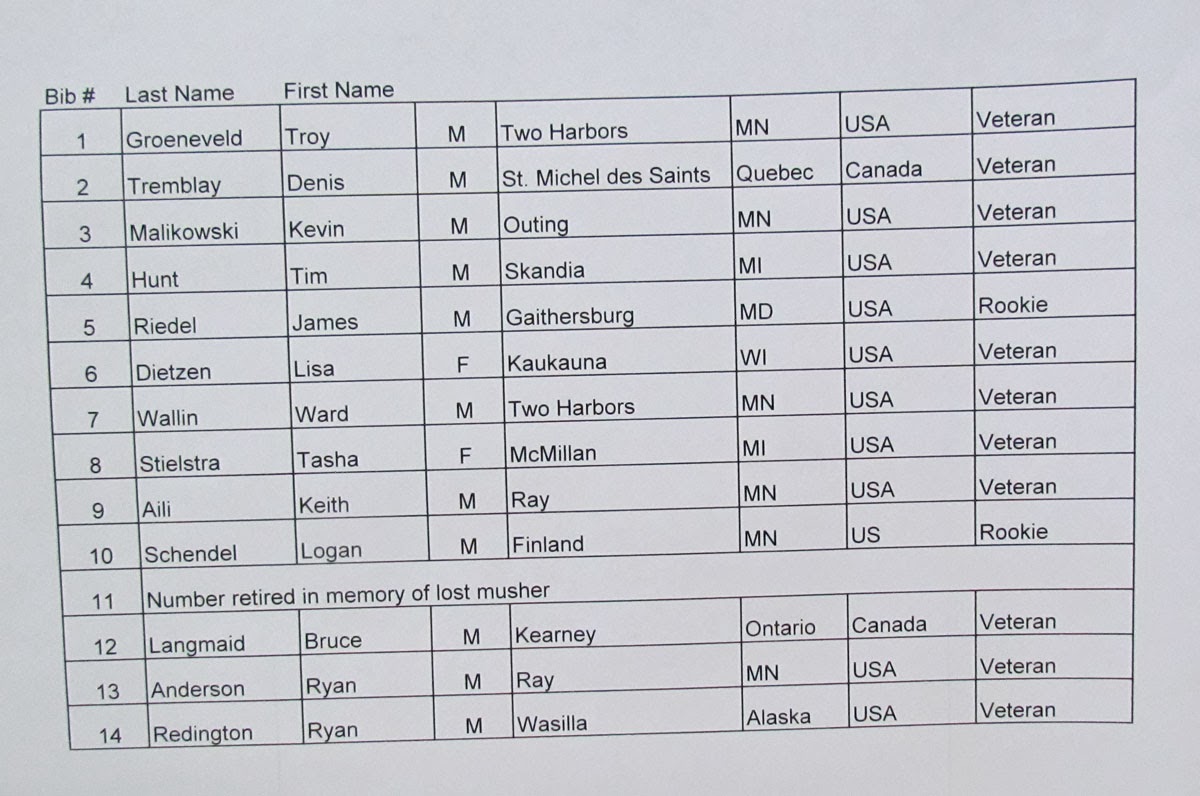 The map of Grand Marais check points is shown below.  Local residents staff these points and help to control and direct the dog sled teams, snowmobiles, and other vehicles. 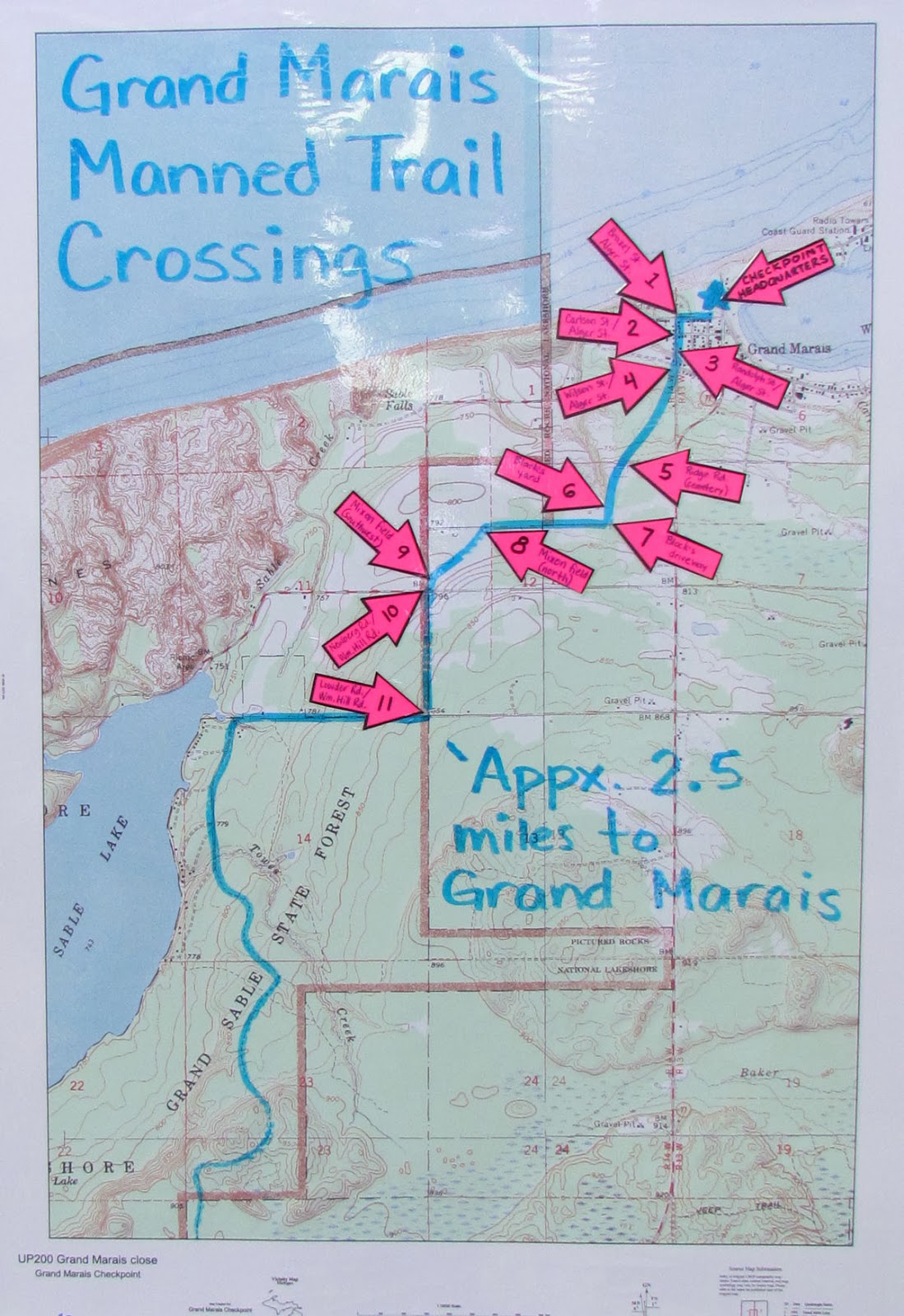 As I was walking over to check point three to get pictures of the first team, I snapped a few more pictures of snow banks. 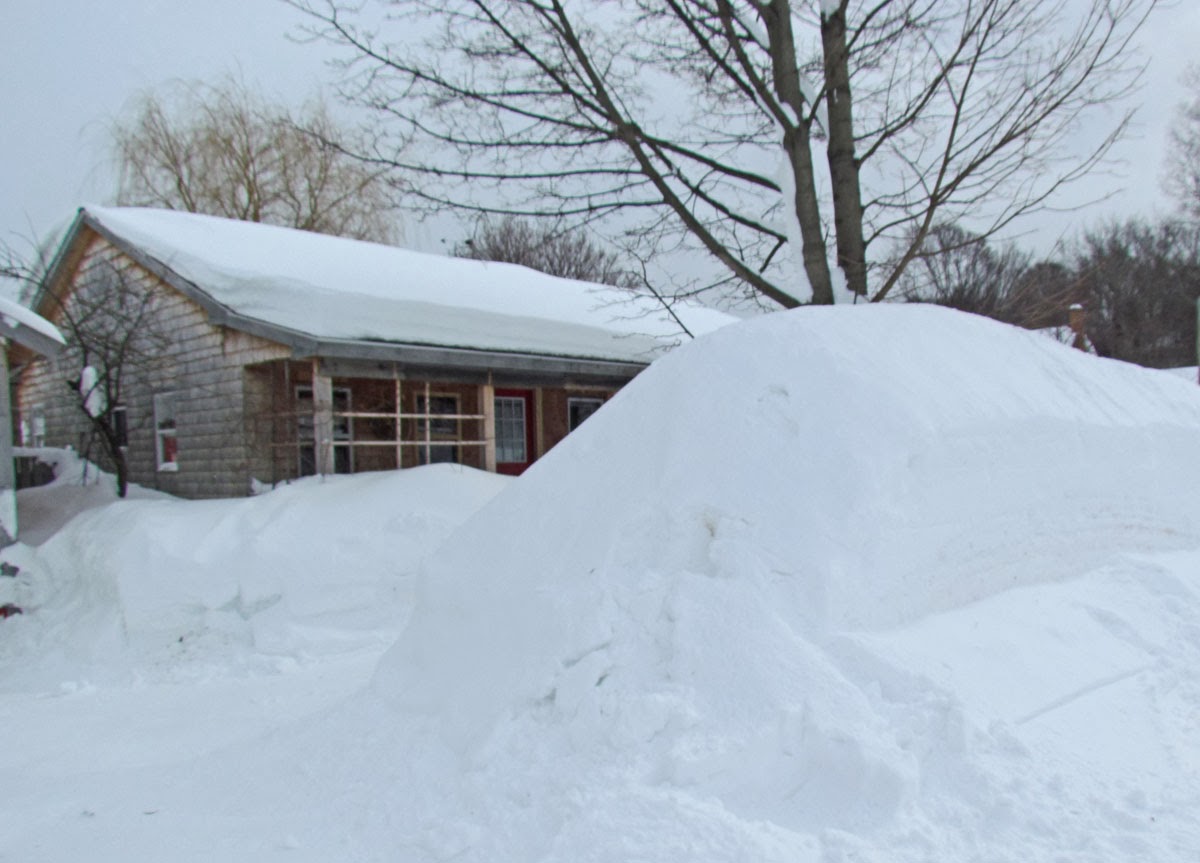 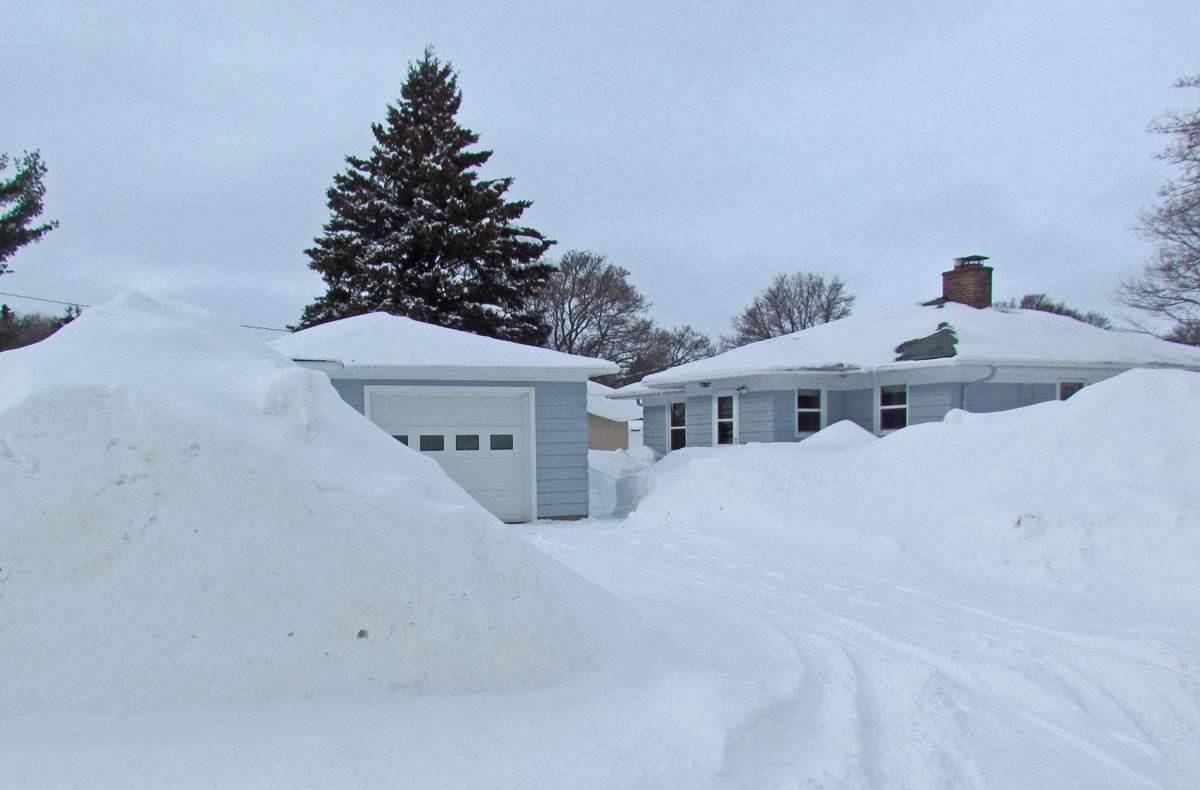 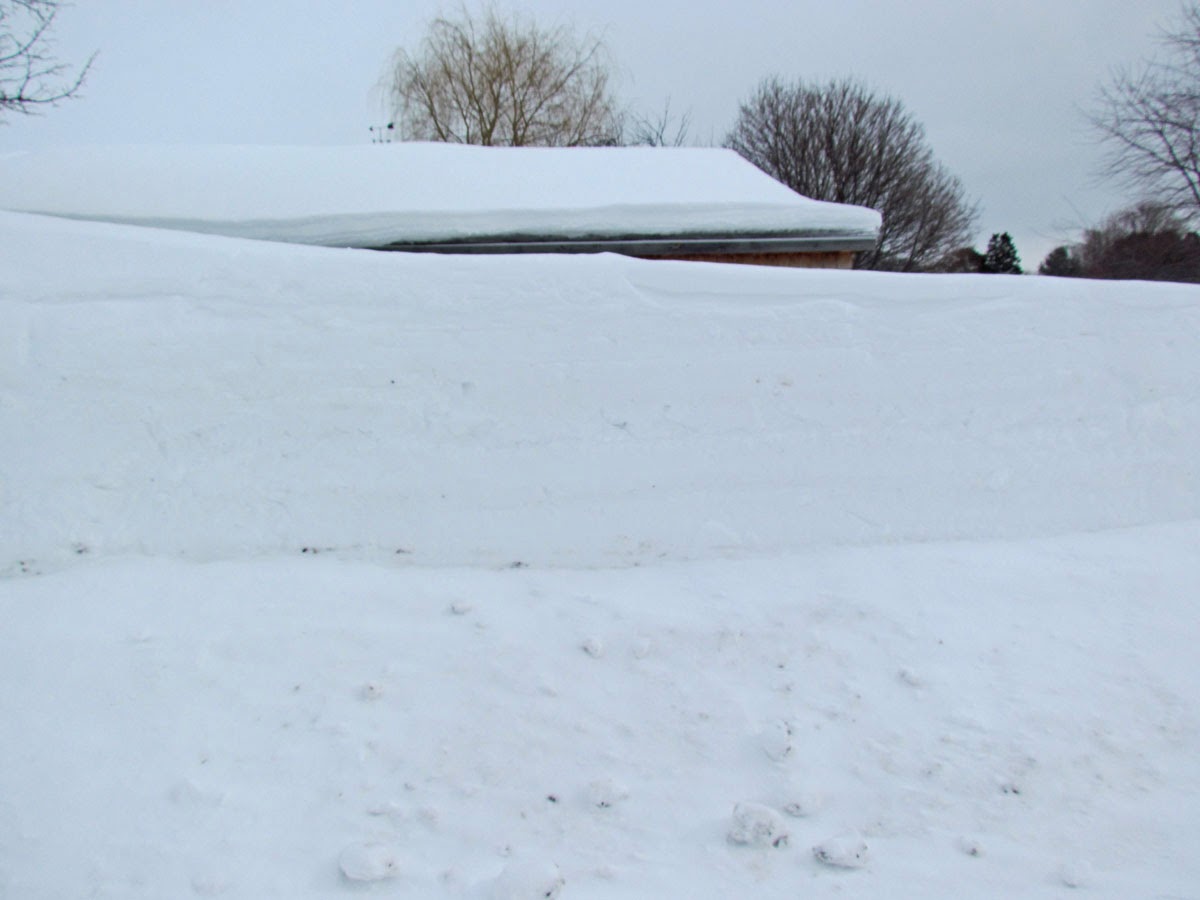 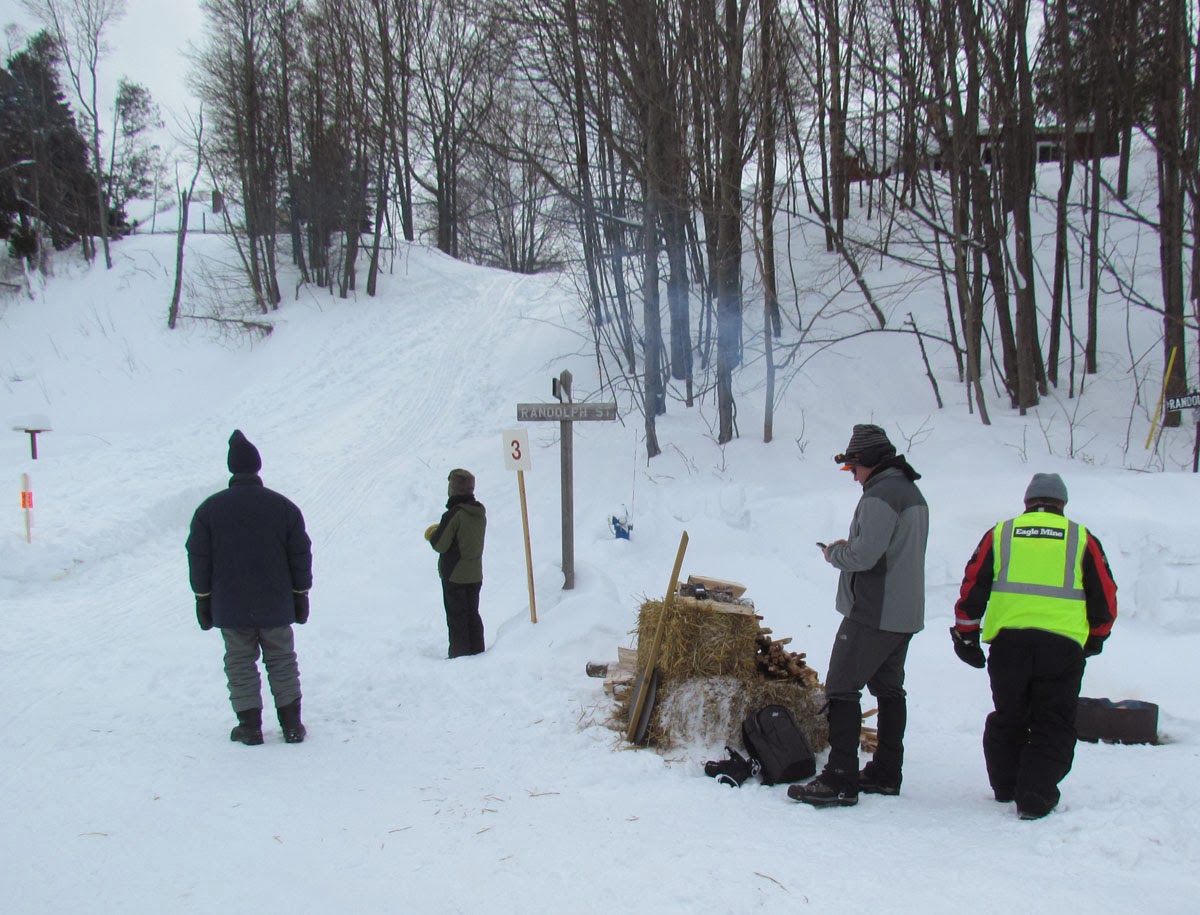 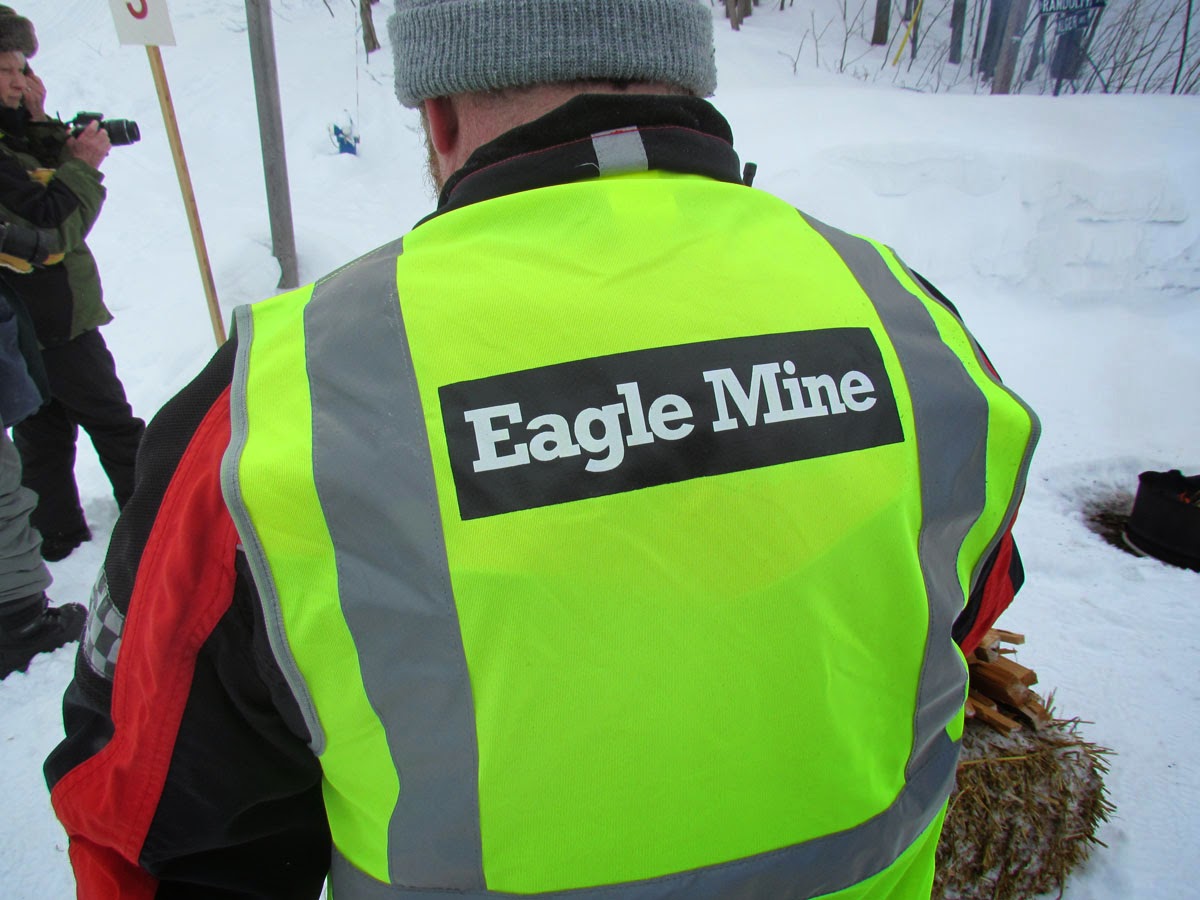 Friend, Andy, with his snow bike. 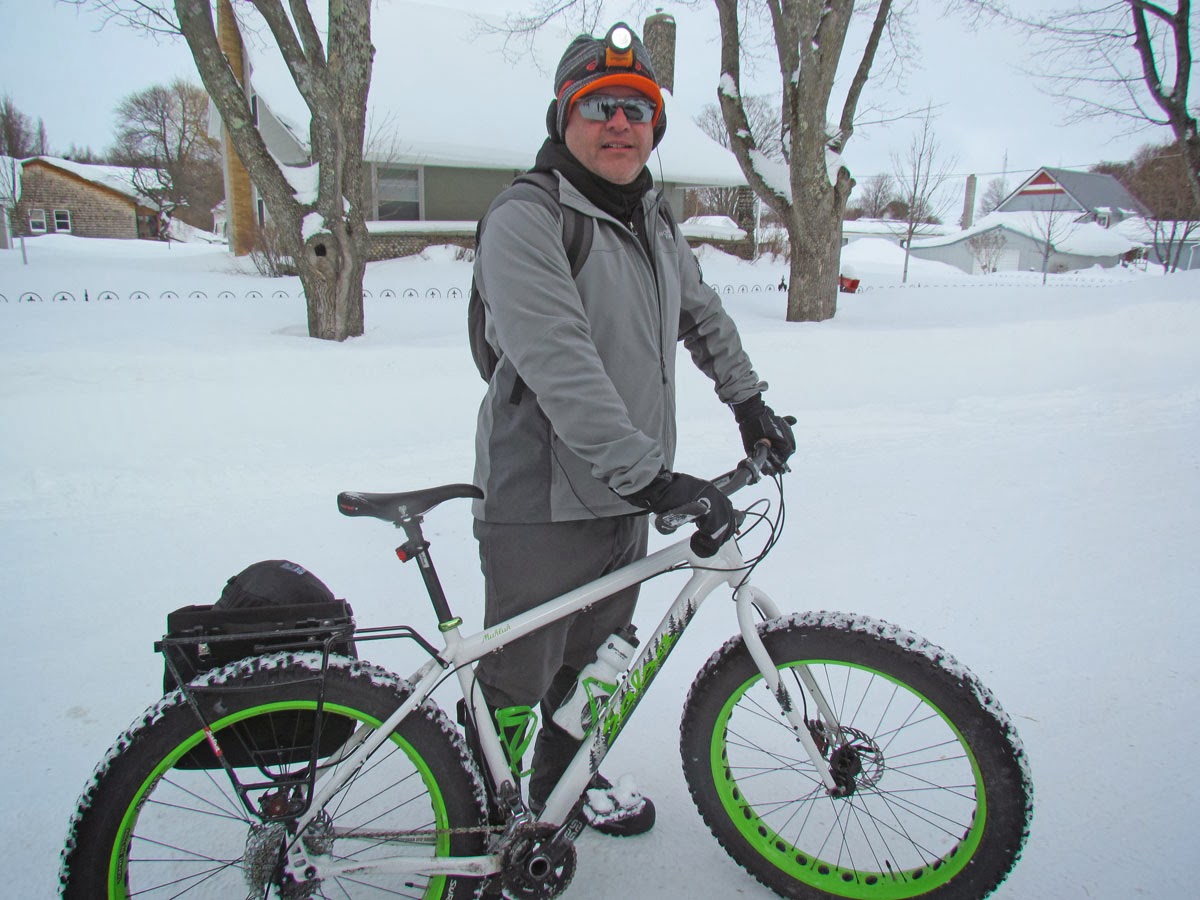 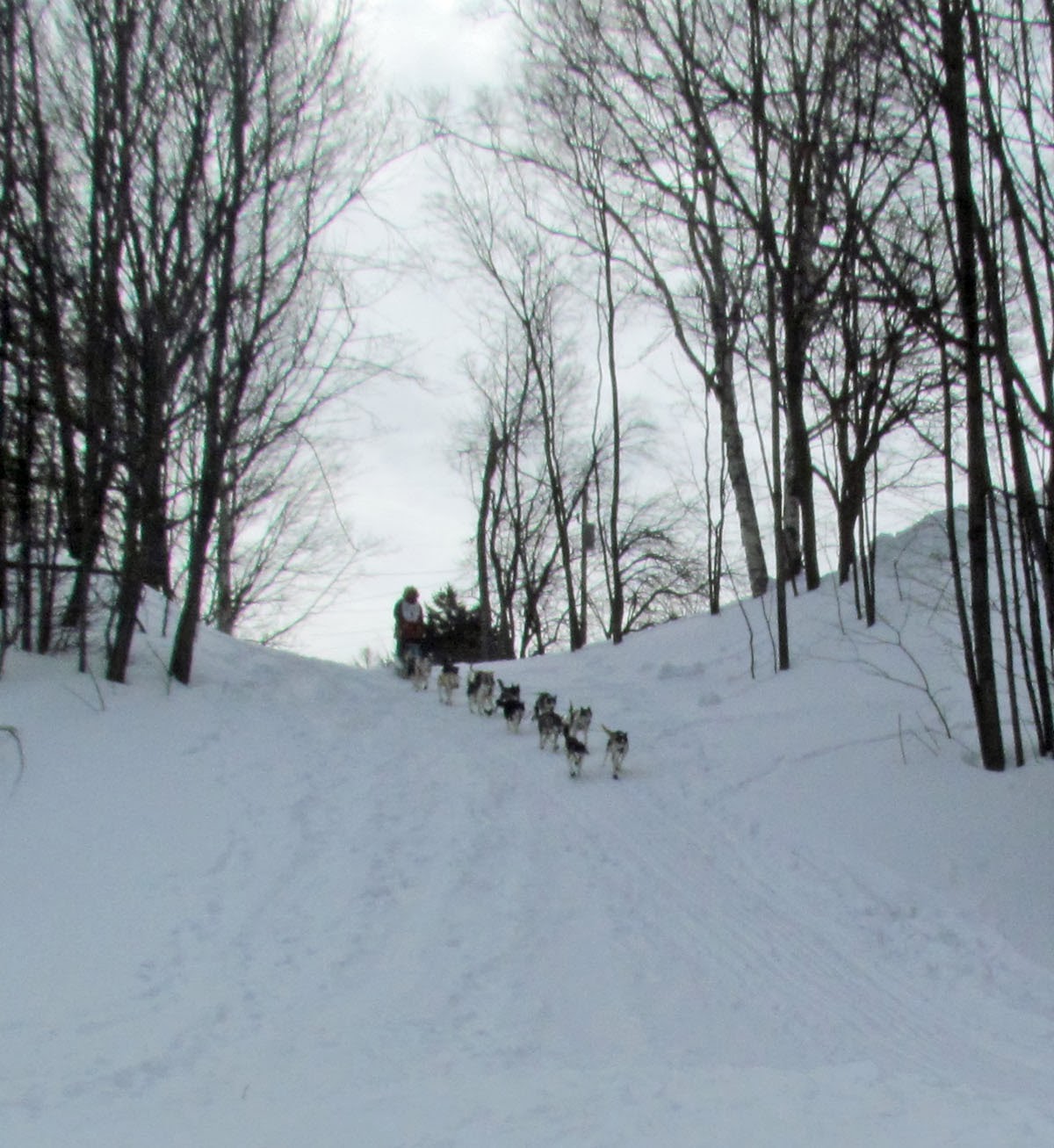 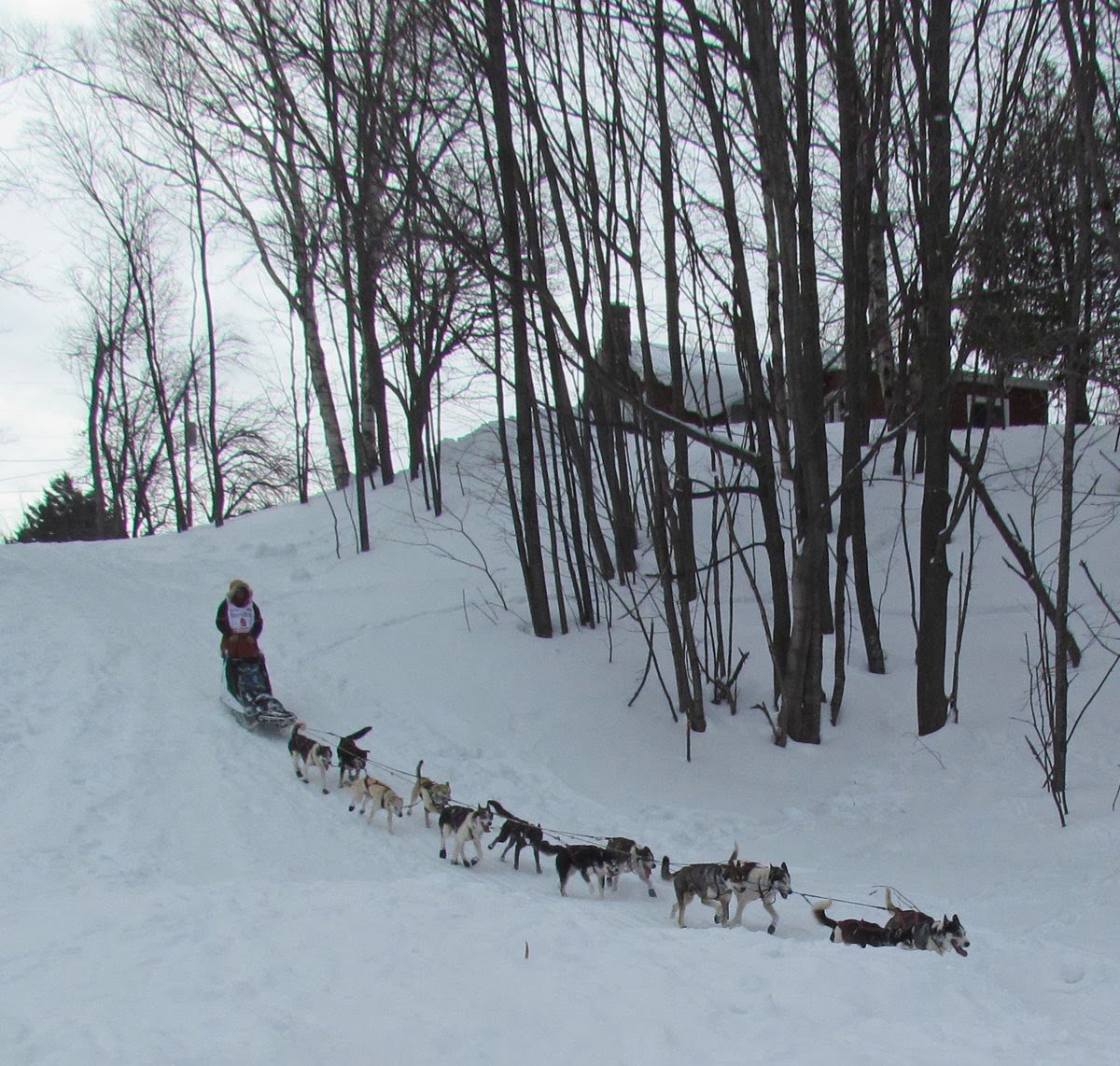 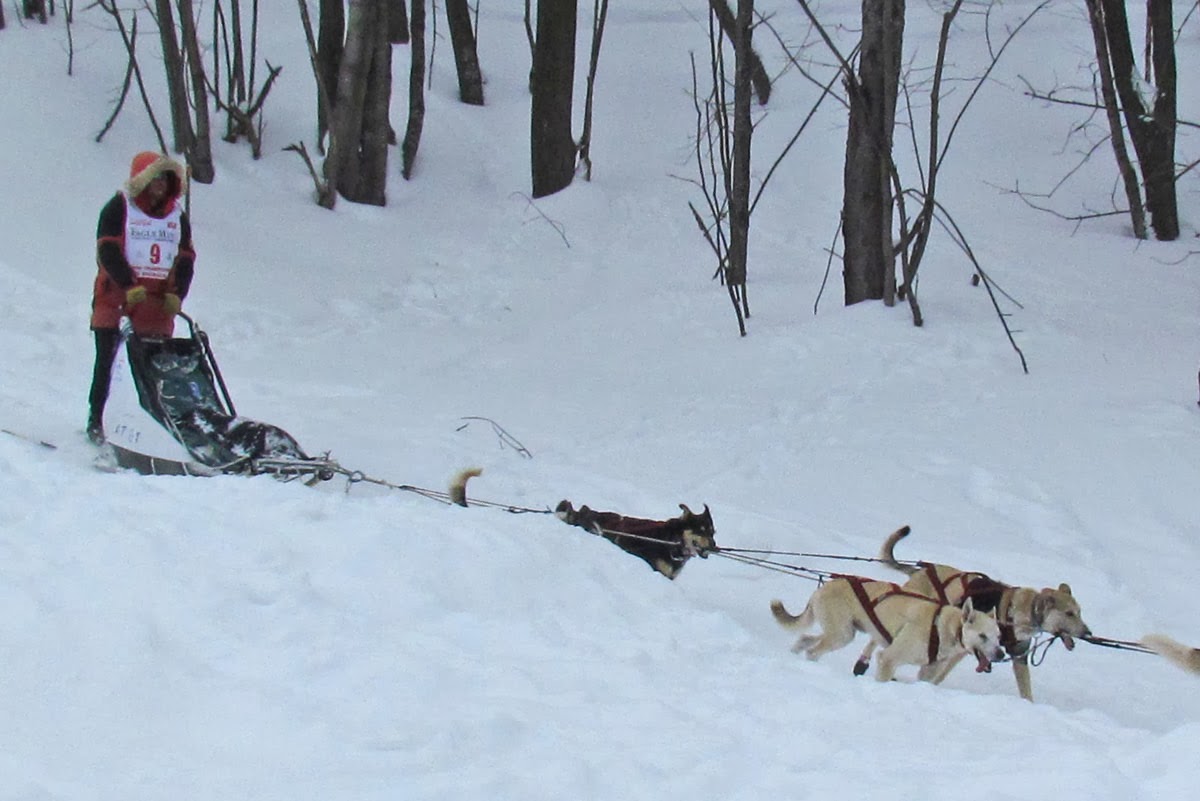 I walked back over to the rec center and captured some pictures of the people watching the teams come in. 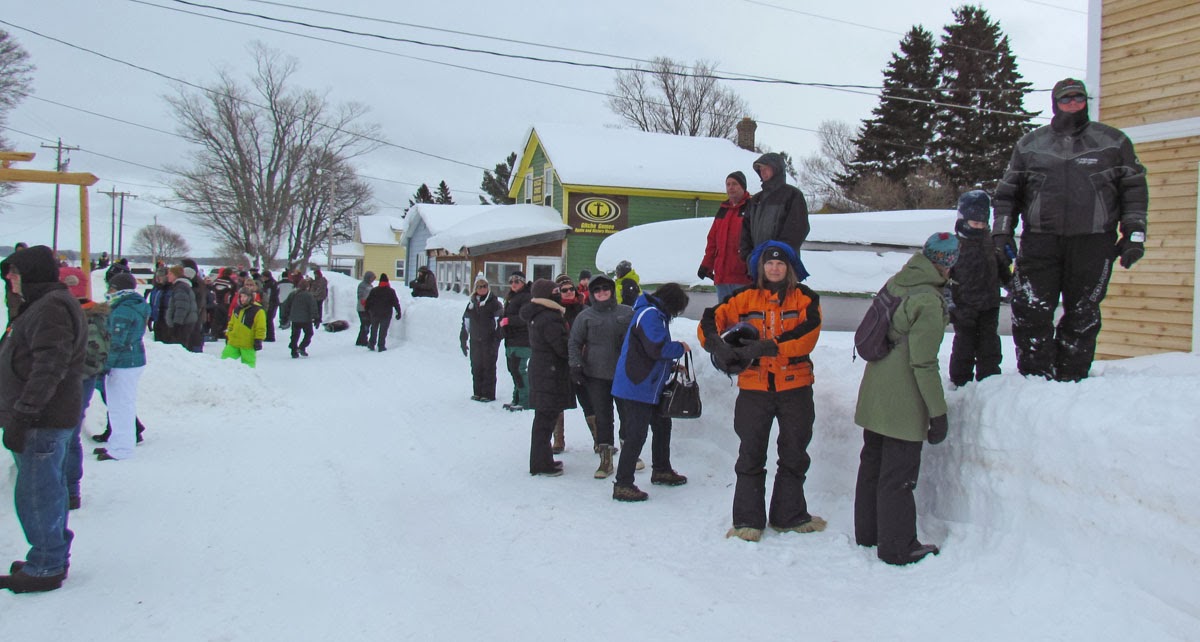 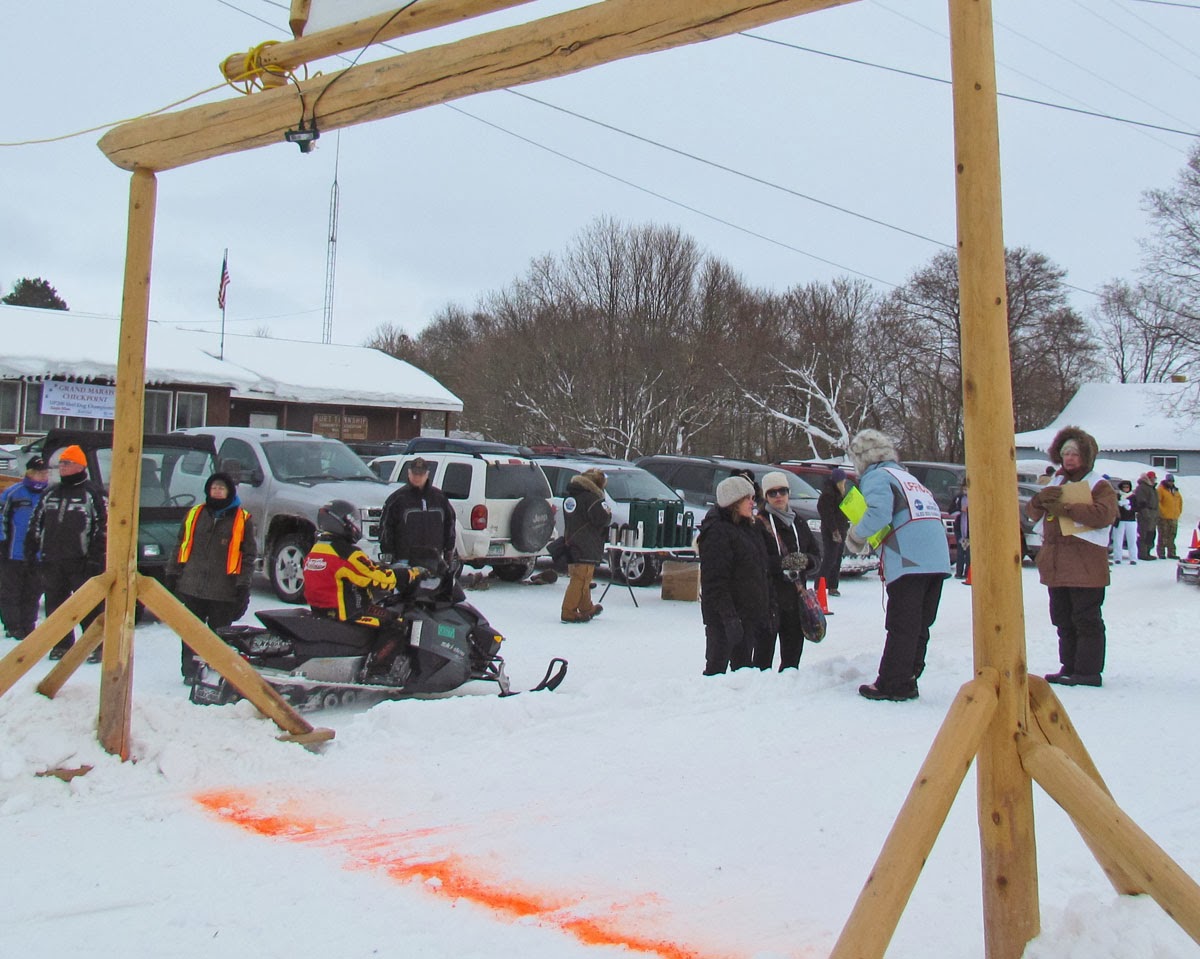 Then I went behind the rec center to document the musher preparing his team for their required feeding, rest and lay over. 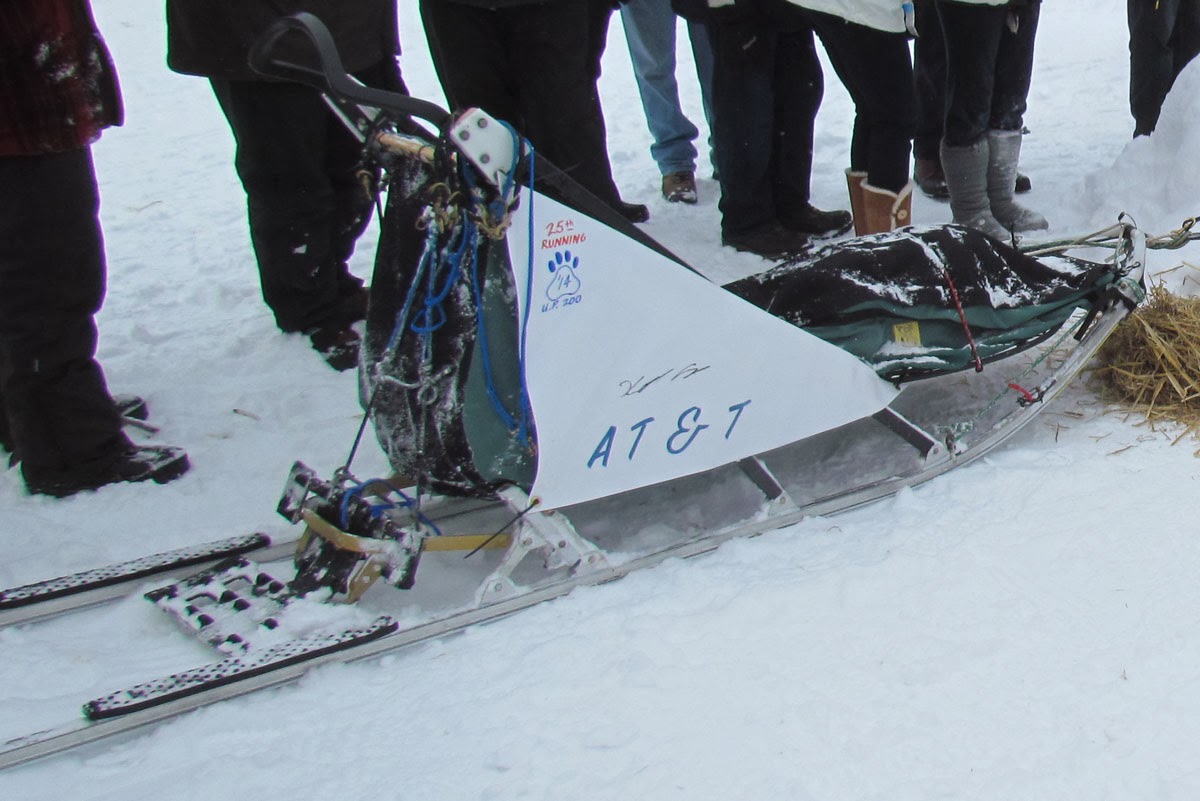 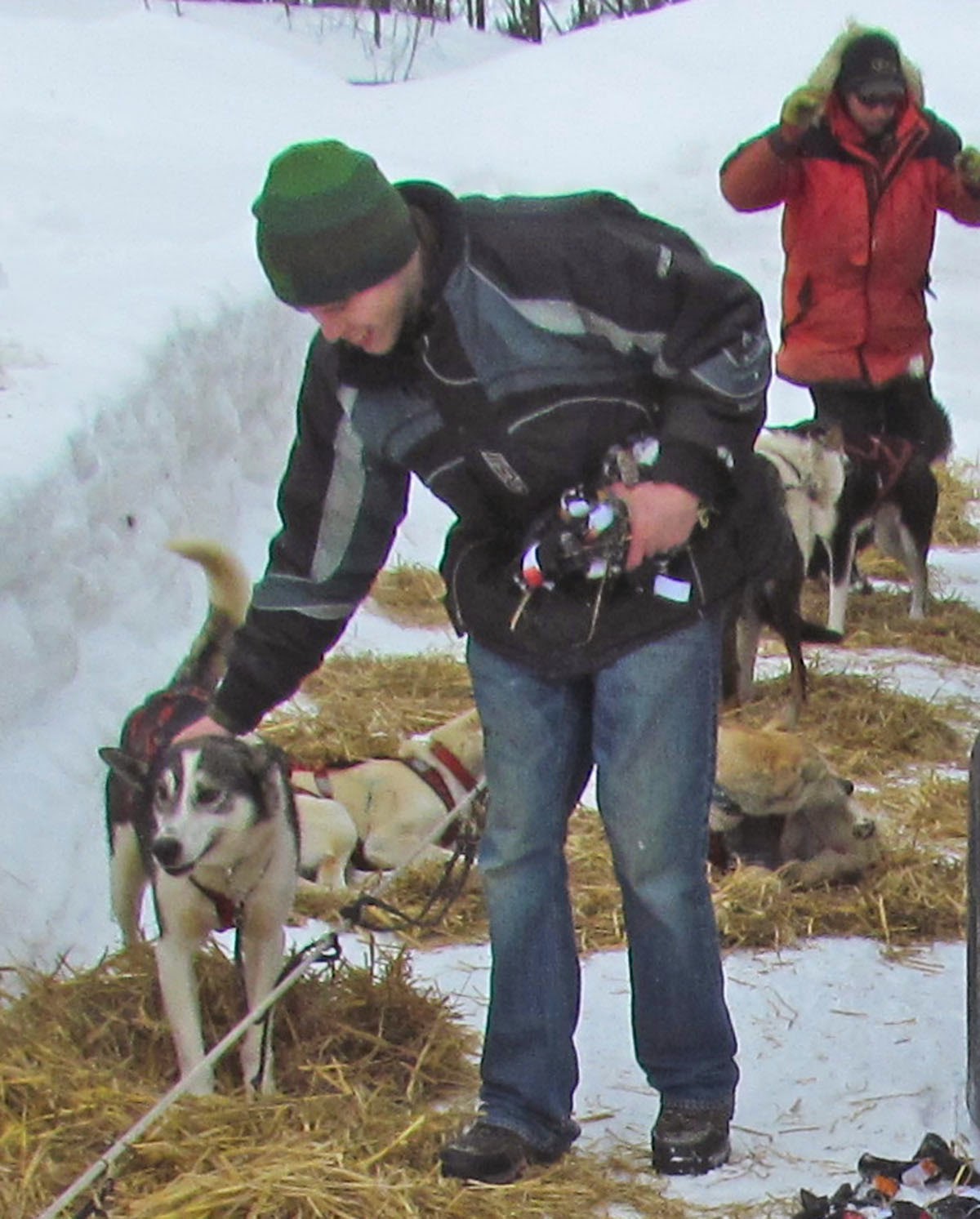 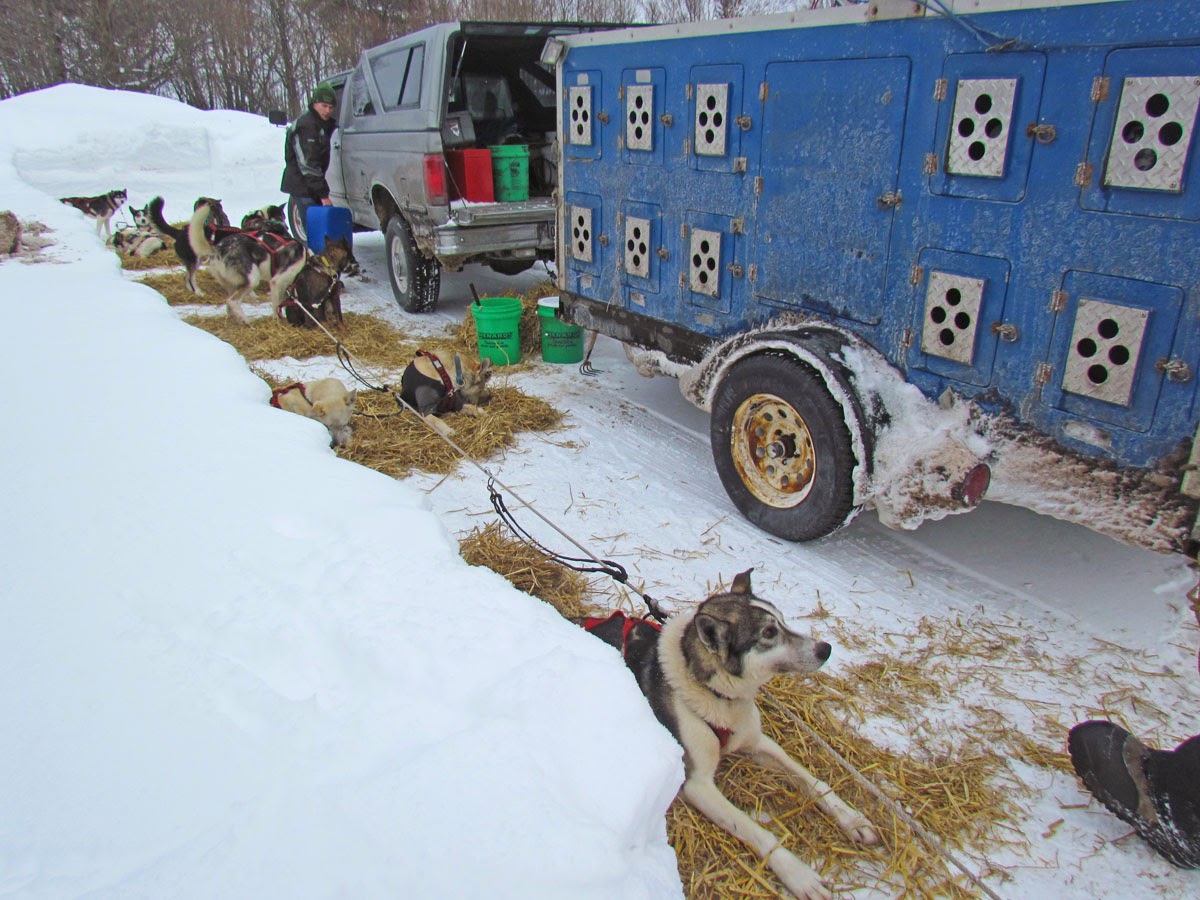 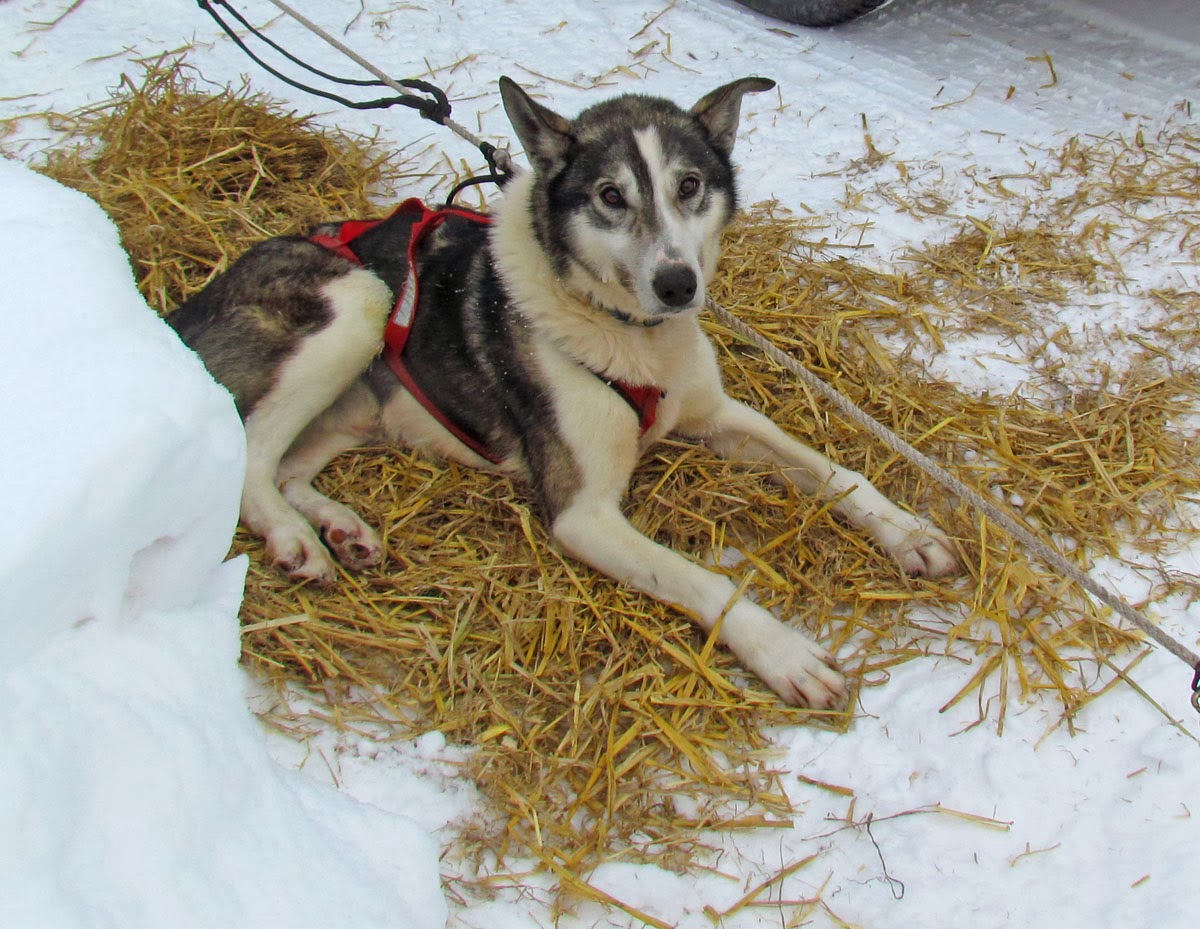