Yesterday I went on a snowshoe with Jamey and Lois as well as their dogs, Bear and Nora.  We parked at the boardwalk and snowshoed west to First Creek.  Then we climbed the ridge up the hill located just west of First Creek.  The snow was deep, the climb was treacherous, and the hill kicked our butts -- but we made it.  The camera problems continue, but I was able to get a few photos before the lens errors occurred.

On the way to town I caught a couple of pictures of the road commission cutting into the snow banks. 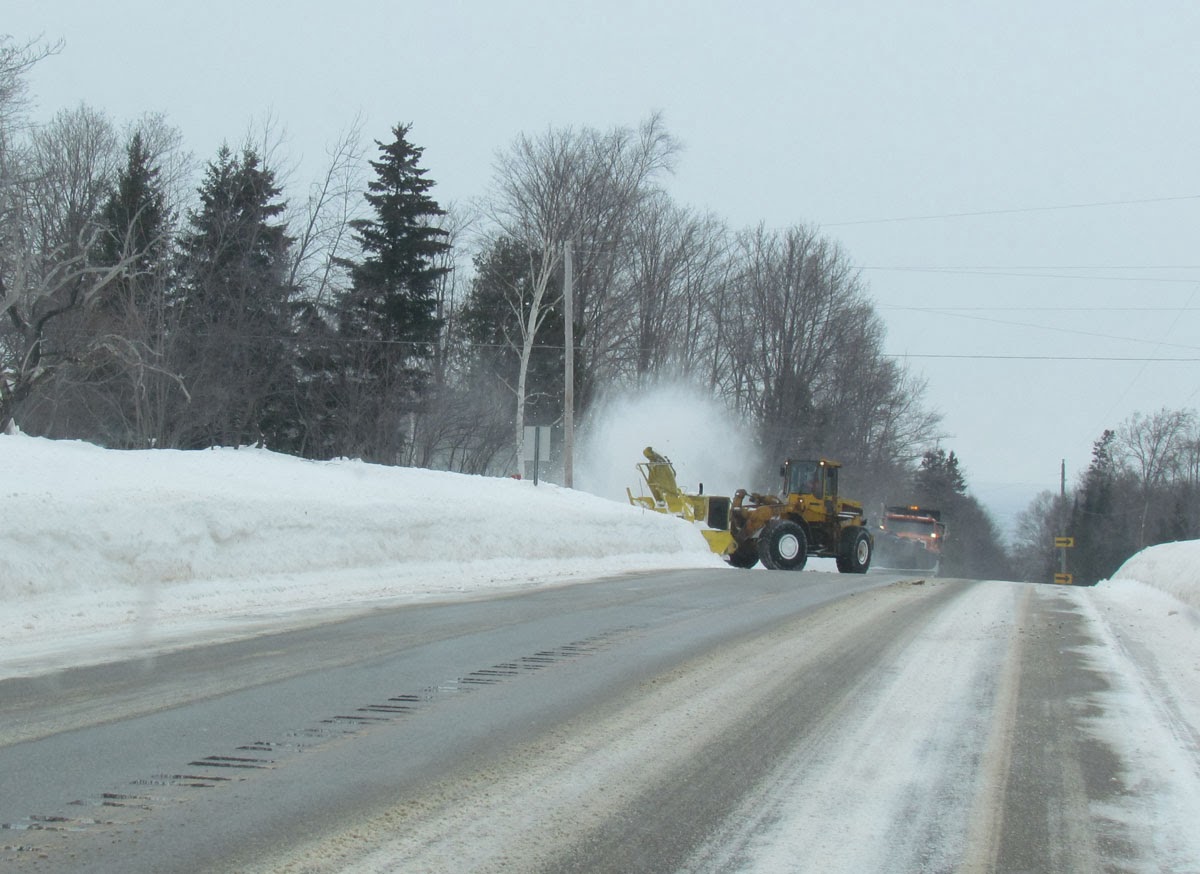 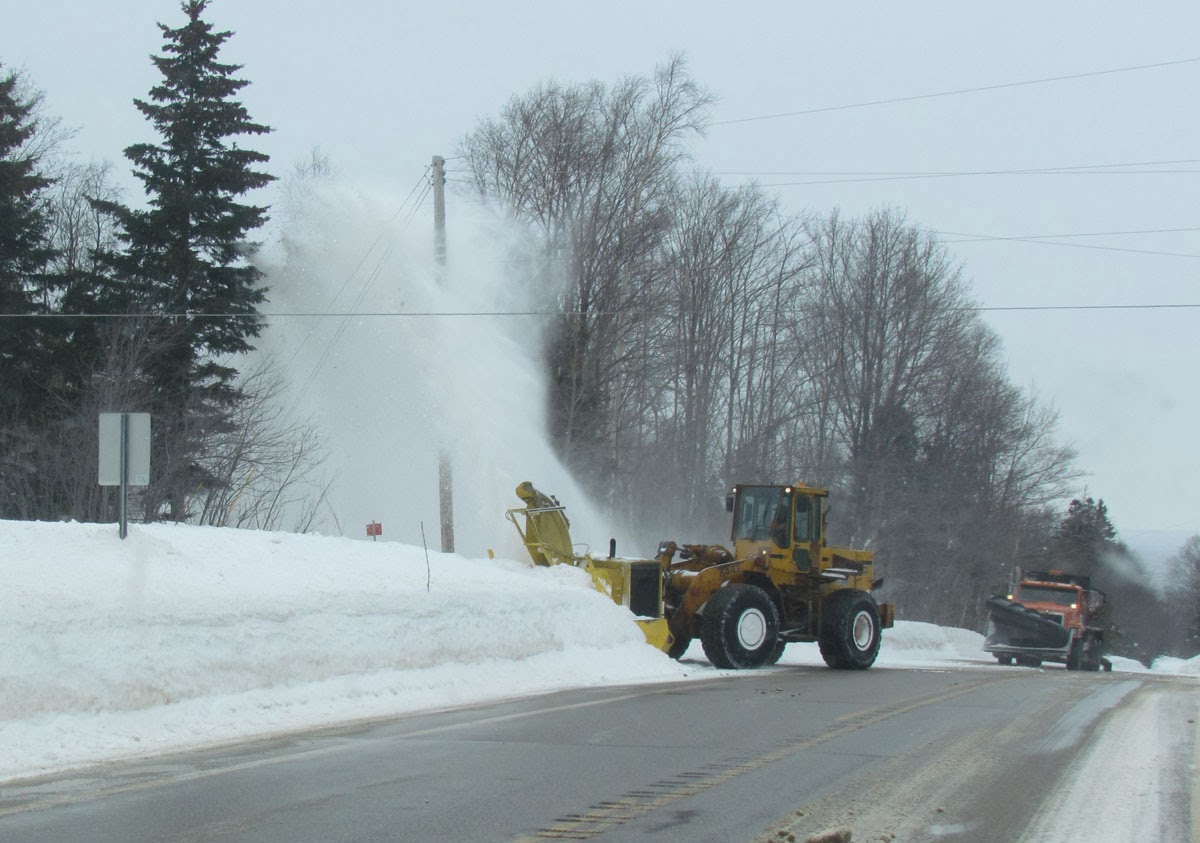 The boardwalk is buried with snow. 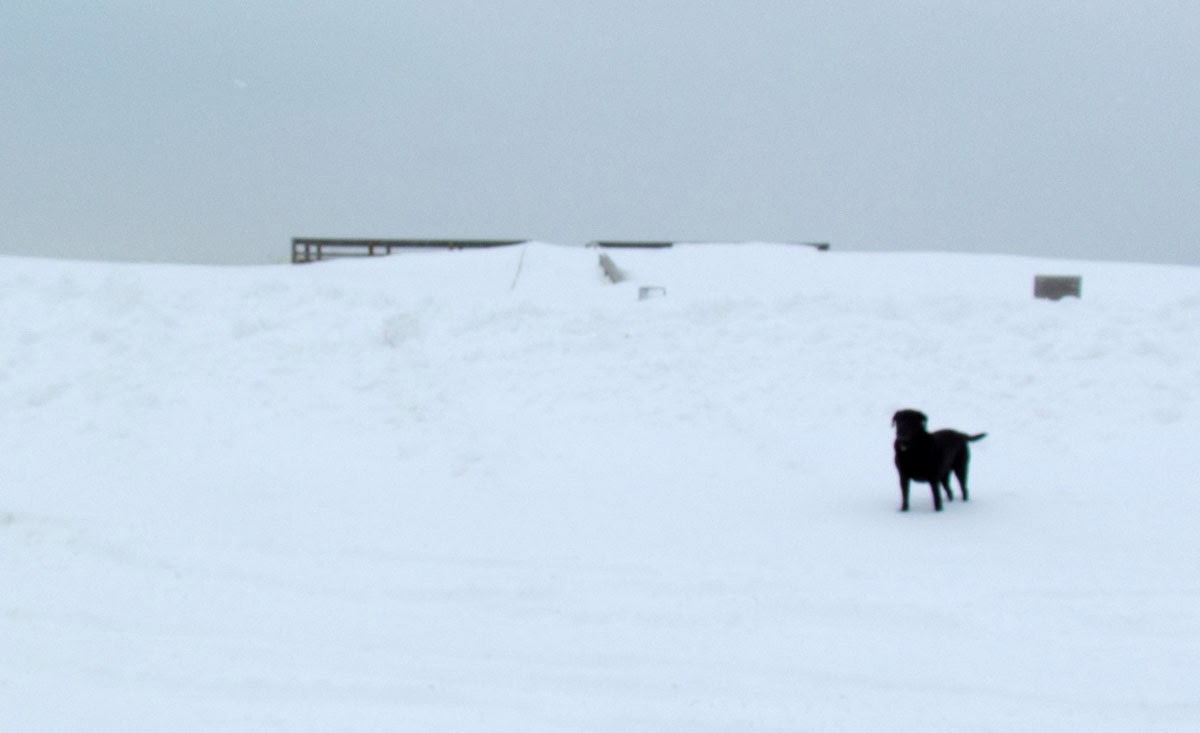 Down the beach we headed.... 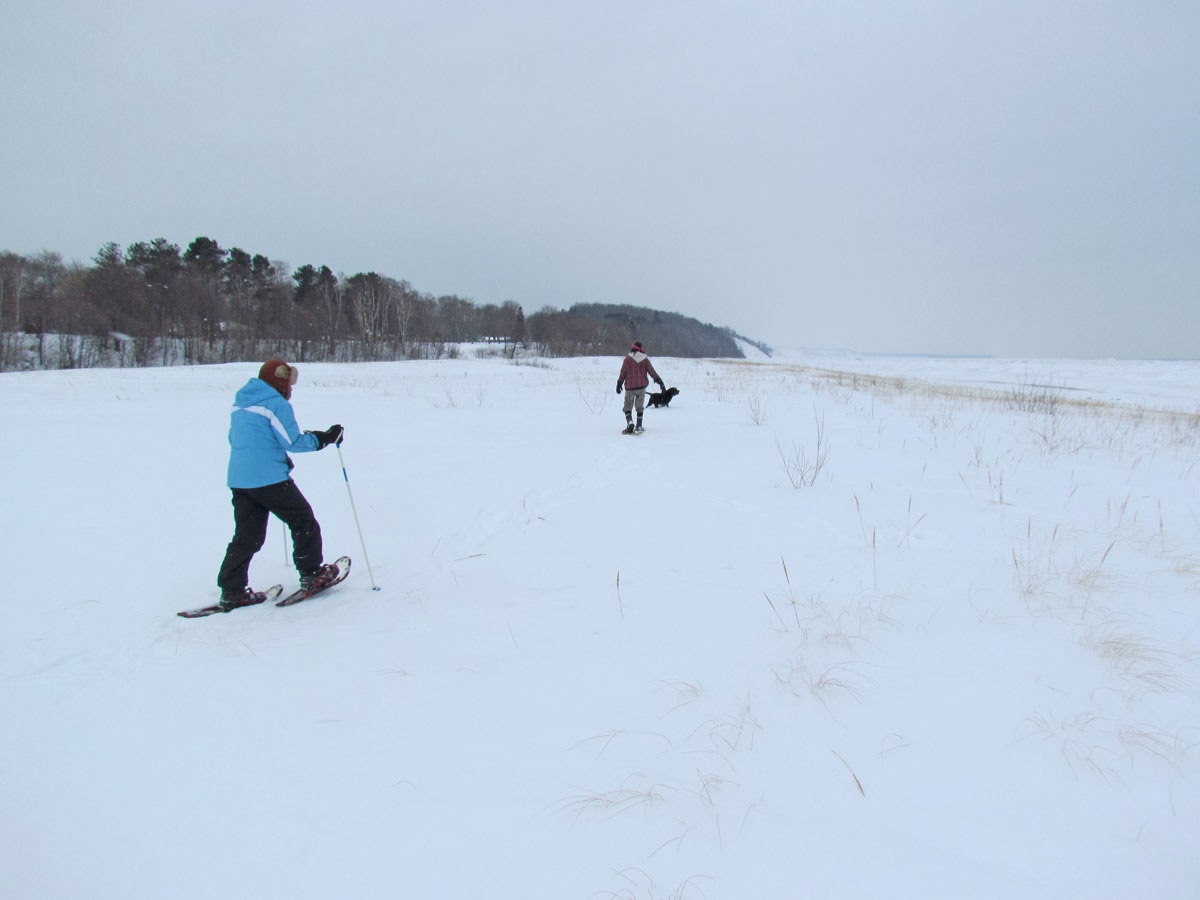 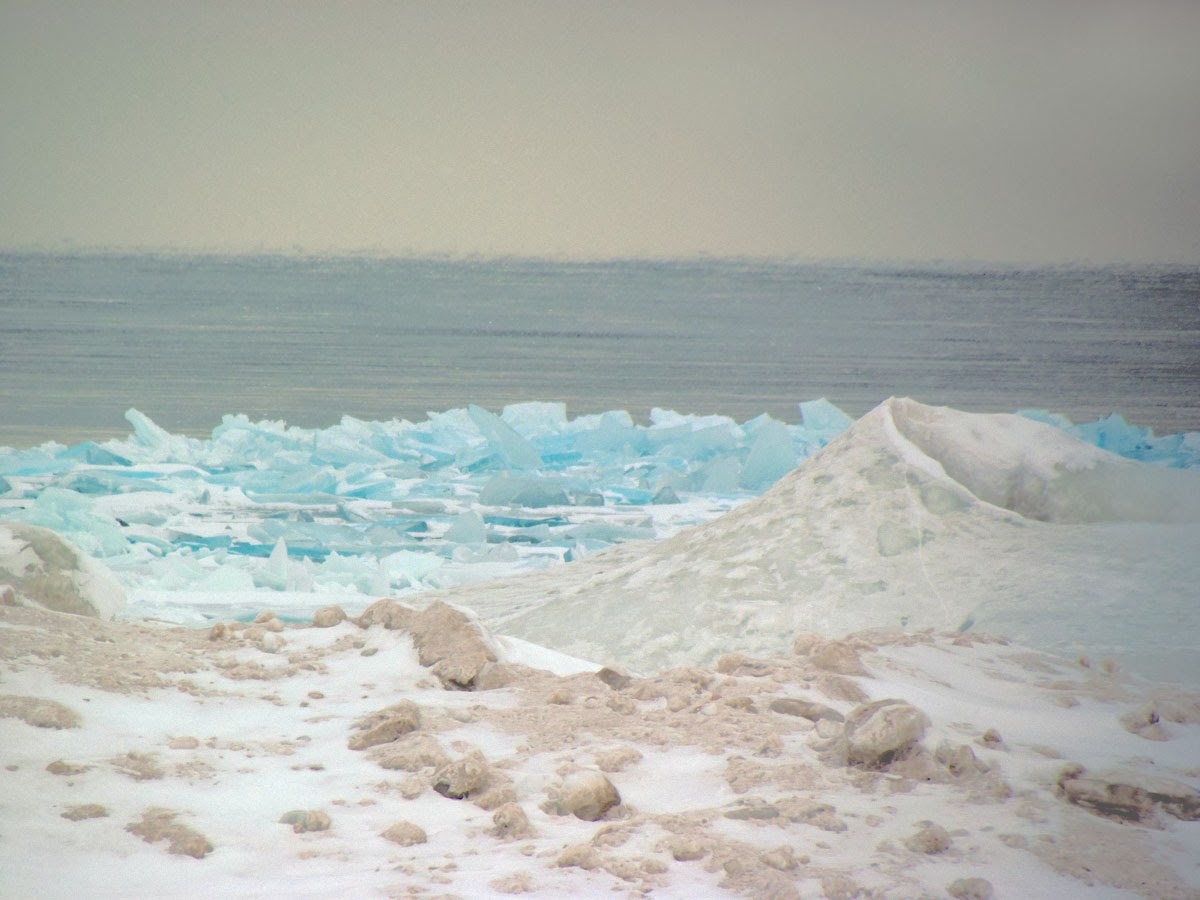 According to NOAA, Lake Superior is nearly completely ice covered, with all the Great Lakes covered 88.4 percent.  I am not sure why their official map shows total ice coverage near Grand Marais when we clearly saw some open water. 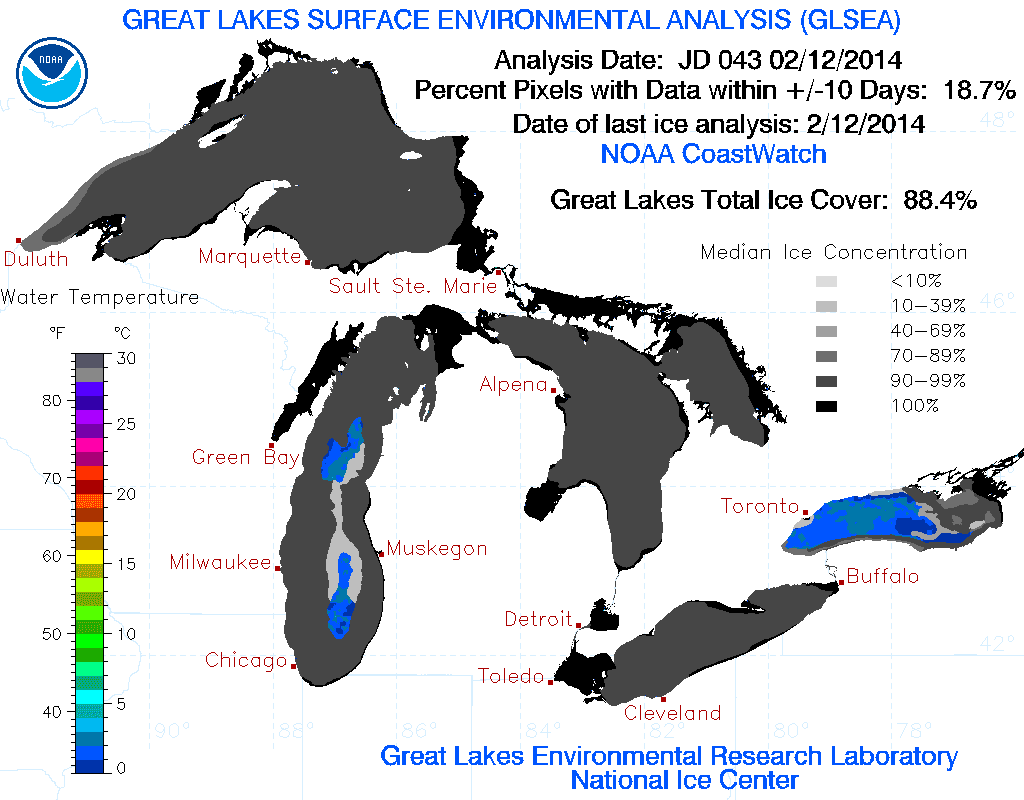 When Jamey was checking out the first row of icebergs, he found a very small patch of rocks.  And wouldn't you know it -- he actually found a small chipper agate.  There was a bit of banding and also some botryoidal formation. 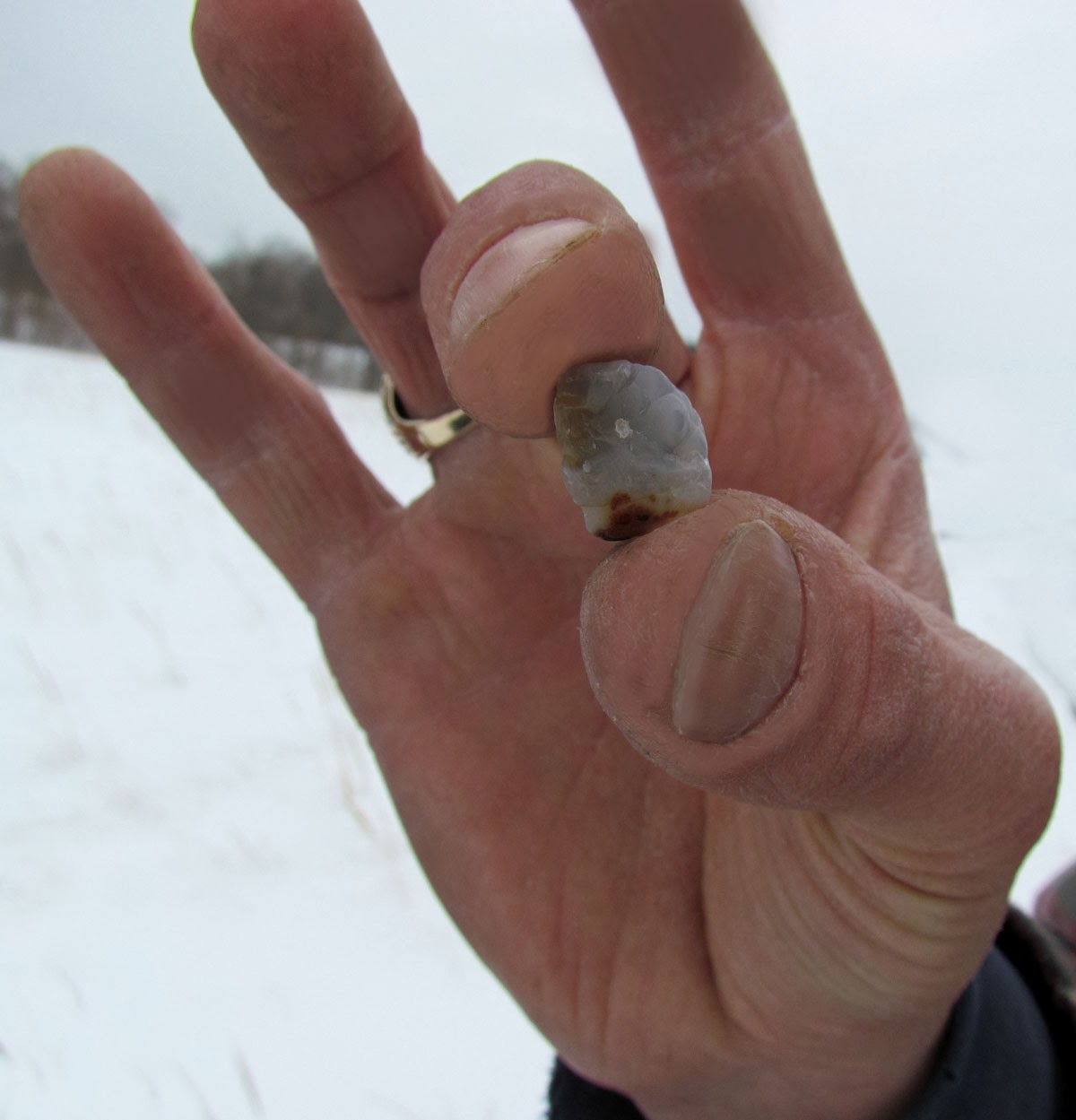 Some of the ice formations are amazing. 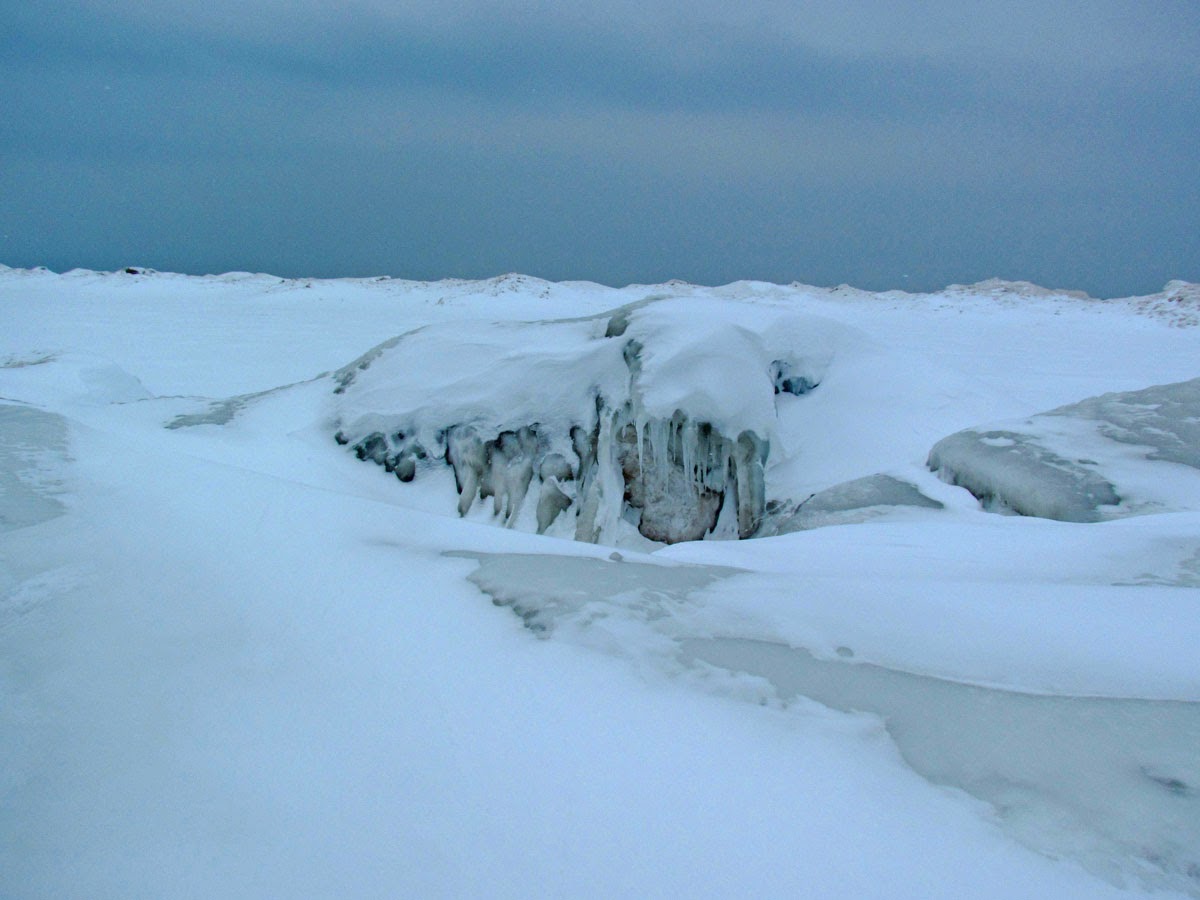 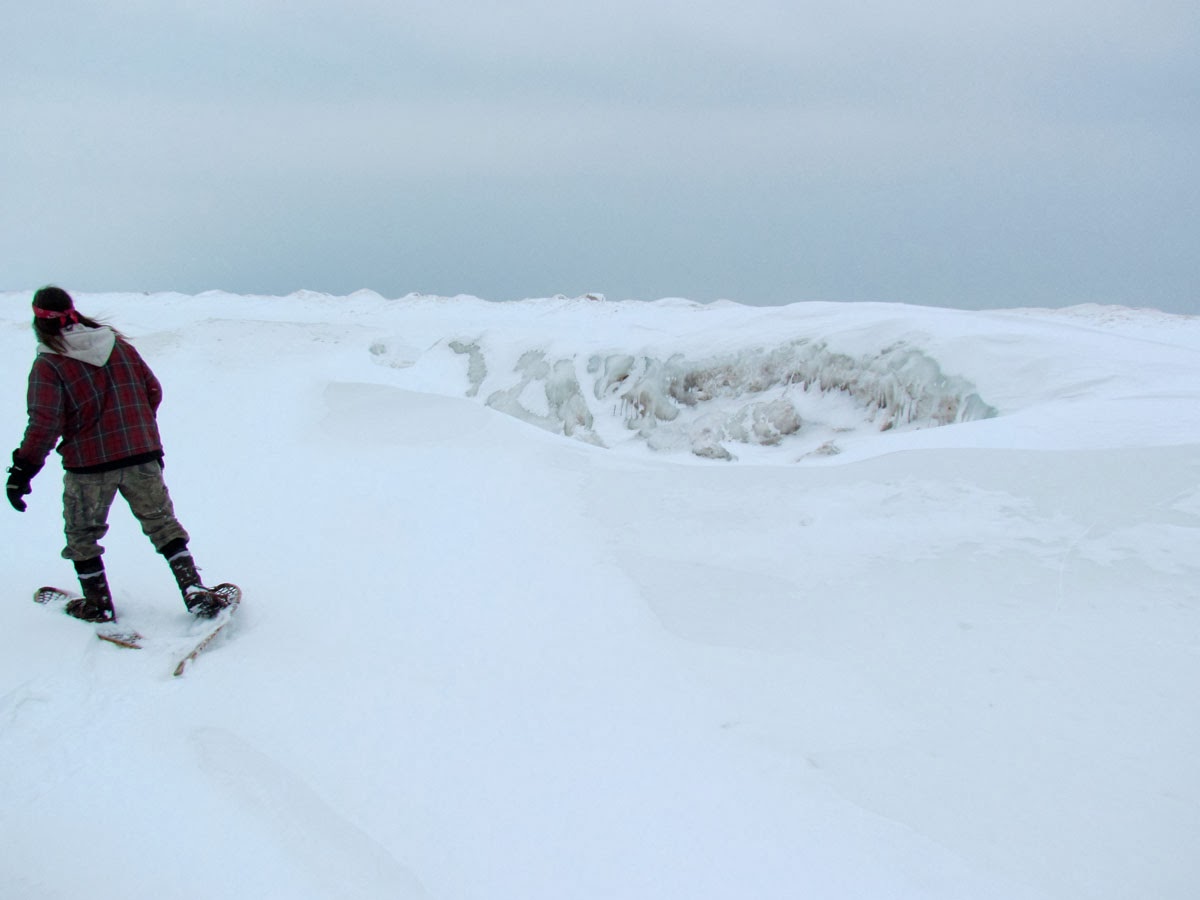 Up the hill we go. 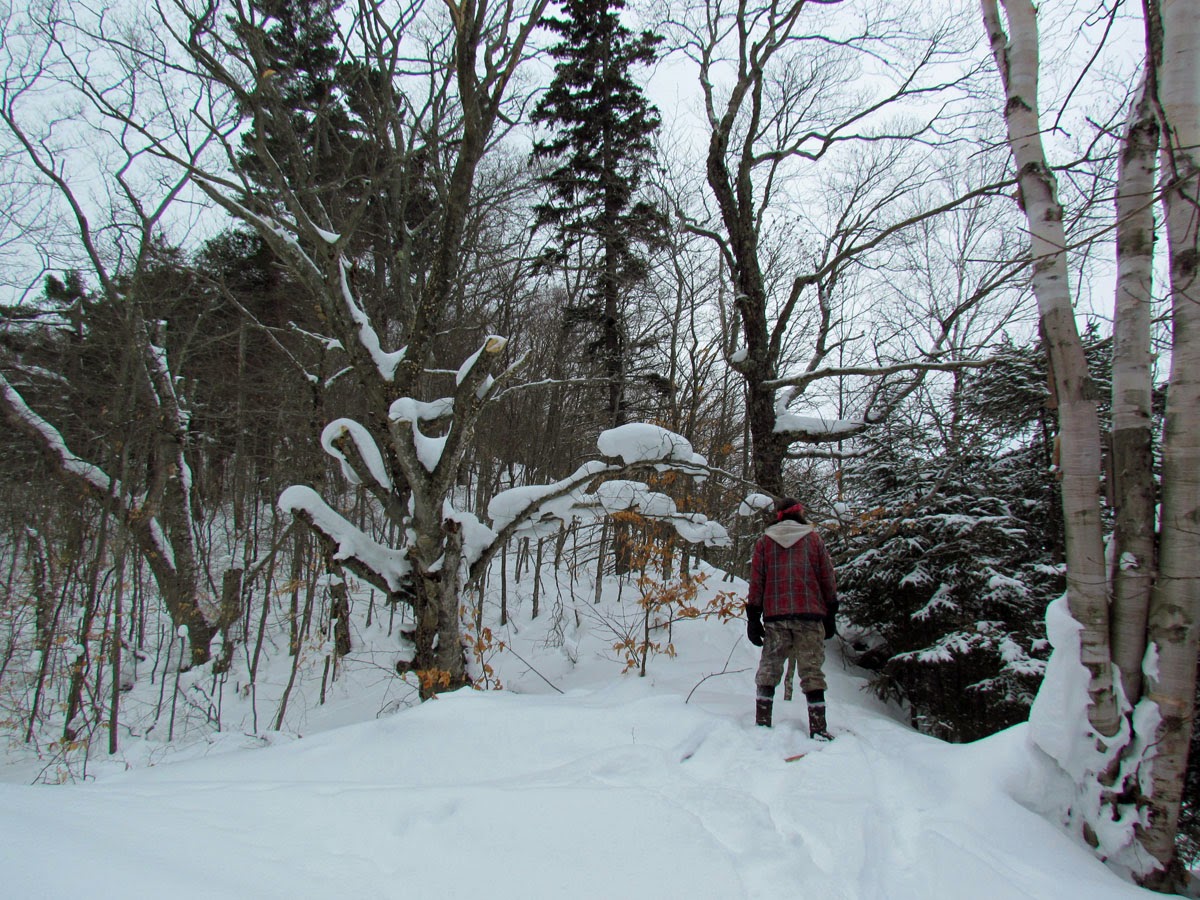 Then my camera quit working.  I may have to purchase a new camera.  I guess I have gotten my money's worth out of my current camera.