New Book is coming along

I have been working hard all winter on a new book, which I am titling: Rocks Inside Out. This title follows the title of my "big" agate book, Agates Inside Out. I must admit that I enjoy working on books so much that it has become addictive. This project is keeping me busy seven days a week -- which is OK since I am having fun.

This first image shows my working title and front cover. The top of the image is an "inside" cross polarized microscopic image of granite. The bottom left corner is an "outside" macro photo of granite, thus "Inside Out." 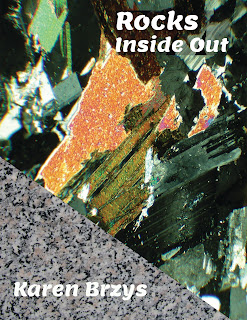 The book will have more photos than text, by far. I used some photos from past projects as well as some from wiki creative commons, USGS, NASA, and other licensed photos from sharing online sharing services. Most of the images, though, are new photographs I took using Photoshop's stacking capability. This function allows me to "stack" several photographs of the same rock taken from a tripod. I altered the focus points from the top of each rock to the bottom. When Photoshop merges the pictures, it captures the pixels from each image that are in focus and merges them. This technique produces a 2D photograph with 3D focus. The process is very time consuming, but worth it. I also discovered Sony software that allowed me to control the photographic process from my computer. This allowed me to better see the images on my computer screen, rather than from the small camera display. It also allowed me to control the camera from the computer to minimize any camera shaking. 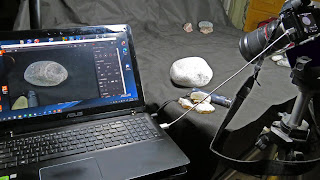 First the software lines up all the images. 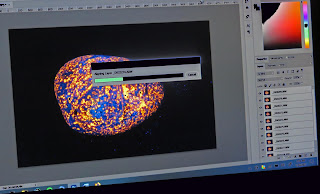 Then the software merges the images using only the pixels that are in focus. 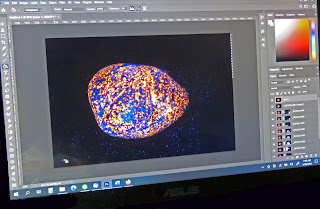 In the photo below, note the mask boxes on the right. They show the pixels the software selected as being in focus. 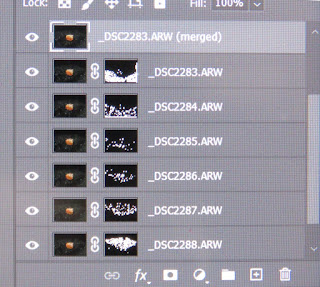 Here are some examples of the stacked rock images.
Agate.... 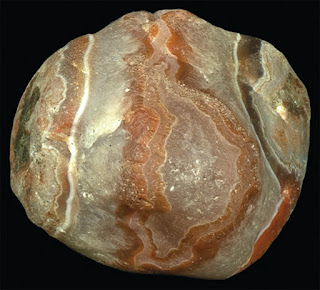 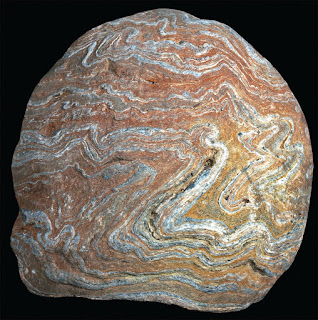 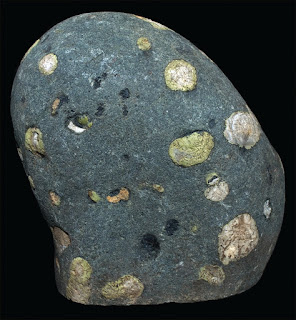 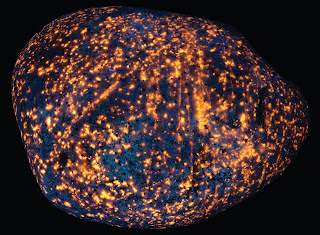 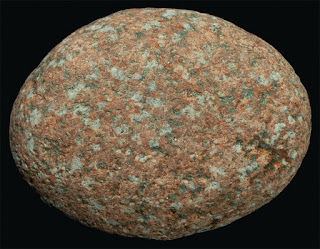 Since the people who may purchase the book have different levels of information seeking, I have color coded the pages. The photos below are low resolution images of some of the draft pages. This is not final layout. I am writing the book and laying it out in Microsoft Word. I will use publishing software to create the final layout.
The white pages have general information relevant to all readers. 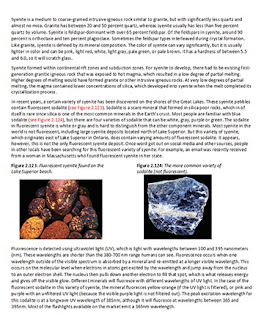 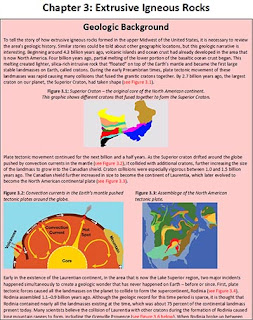 For the featured rocks in each chapter, I have rock identification information included on the blue highlighted pages. I have included images to illustrate each ID characteristic. 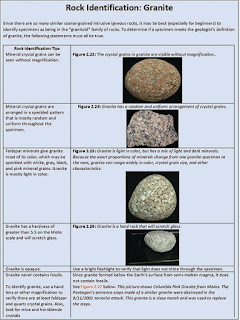 There are also photograph sections with lots of images for each featured rock. 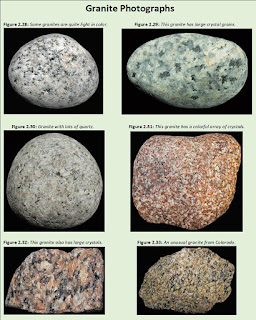 As for the schedule, I am still combining text and photos for the last three chapters. Then I will complete a couple more edits before compiling the final review draft.  My reviewers will take two to three weeks to get their suggestions/corrections back to me. After incorporating these changes, I will do the final layout in publishing software before sending the files off to the printer.
Posted by Karen Brzys at 6:44 AM