On Thursday it was perhaps the last warm day of the season.  Winds were light (for a change) from the south with temps near 50 degrees.  So my friend, Barb, and I decided we had to go on a hike.  Plus, I wanted some photos of the Jacobsville sandstone cliffs that are exposed along the way.

We had a few peaks at the sun, but it was mostly cloudy. 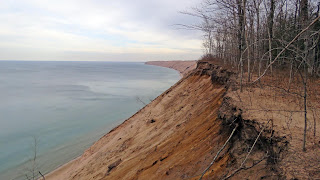 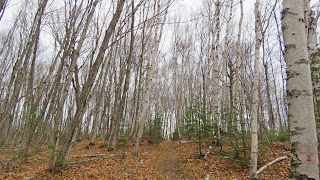 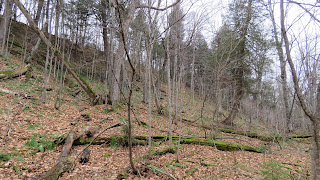 There is a brand new bridge at the point where I access what I call Jacobsville beach.  It is obvious the park service is trying to dissuade people from going down to the right, as shown in the photo below.  They piled up some tree limbs, plus there were some naturally fallen trees.  We carefully managed our way down.  I just had to get the pictures I need for the book! 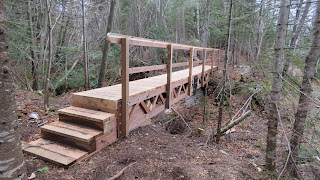 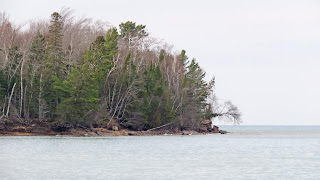 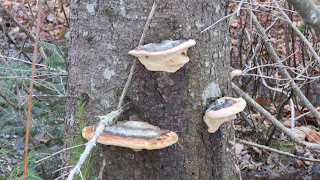 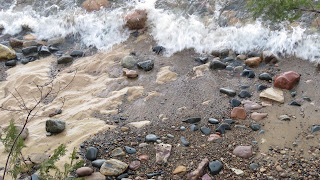 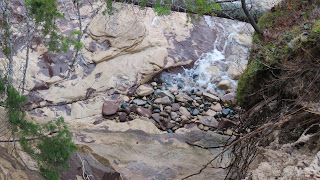 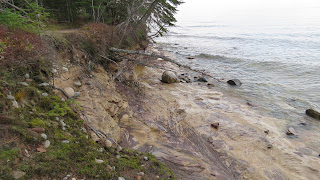 We spotted this from the top of a 40 foot bluff.  At this spot there was no way to get down.  Do you think it is natural or cultural? 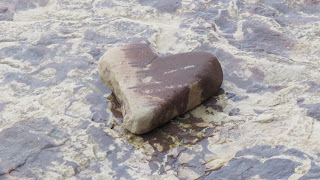 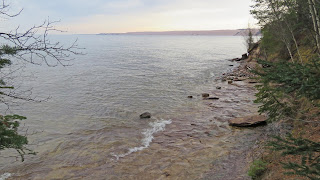 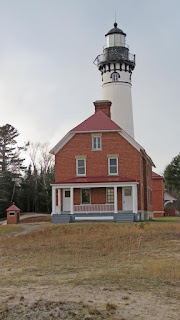 I have never spotted this boundary marker before.  It is in the field near the lighthouse. 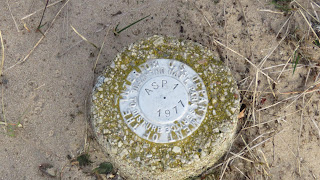 The rainbow was not bright and it was only out for a minute or two, but we saw it! 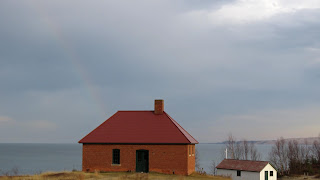 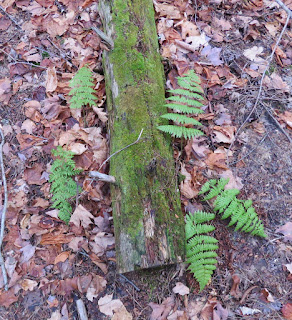 Barb spotted these swans on Sable Lake as we were heading back home. 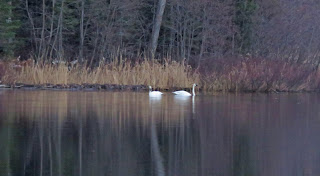