The night before last I worked very late and fell asleep, which has been the norm lately. When I finally got up to go to bed, I checked for northern lights. I used to do this every night, but we have seen the aurora so seldom these past few years that I have gotten out of the habit. But low and behold -- there they were! Not only were the northern lights out, but they were dancing all over the sky. I have seen the northern lights many, many times before -- but only a few times before have I seen them dance like they did the other night. You could really tell that the solar radiation was skimming across the upper atmosphere at an incredible rate of speed. I tried to get a picture, but I must admit I have not mastered this task with my present camera. However, here are a few links to Shawn Malone from Marquette. She is an expert at taking photographs and video of the northern lights. Her main web page is: http://lakesuperiorphoto.com. From this web page you can see incredible photographs of northern lights. A couple of links to videos she made of the northern lights from the other night are: http://vimeo.com/40899634 and http://vimeo.com/40959521.  Here are a few of Shawn's photos that are available for sale from her web page. 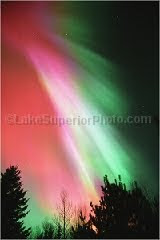 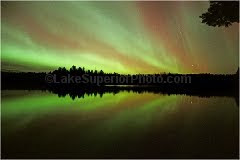 Last night was a beautiful evening, so I headed into the dunes for some exercise. On the walk into the dunes, I noticed that the spring vegetation is really popping up, including more and more spring wild flowers. 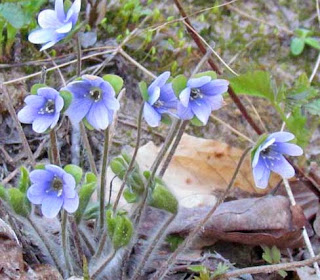 Another thing I noticed is that shelf fungi are having a field day with all the dead and dying beach trees.  This is a disease that causes mortality and defects in beach trees in the eastern  United States and Europe.  The disease results when the beech scale insect attacks the bark, creating a wound. Later, two different fungi invade the tree through the wound, causing a canker to form. In subsequent years, new cankers will continue to form, ultimately leading to the death of the tree.  The spread of this disease over the last four or five years has been rapid. 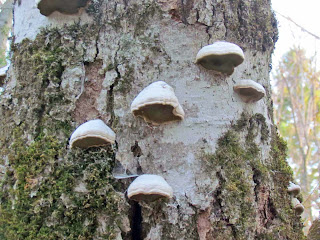 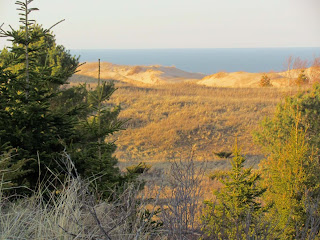 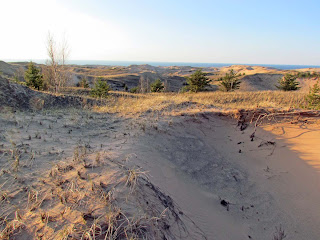 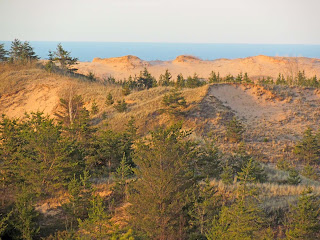 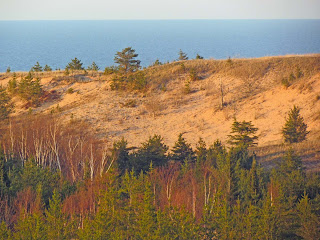 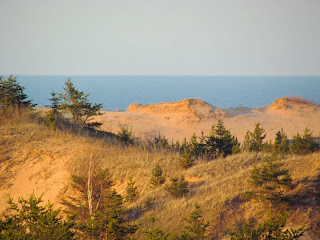 For inspiration and comfort, I decided to hike over to "sacred mountain." 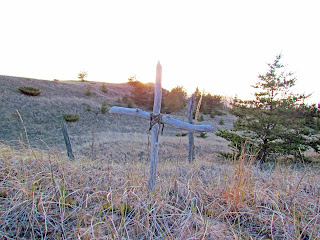 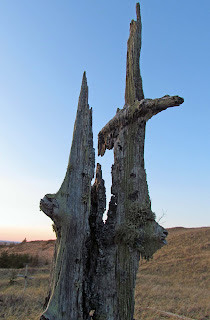 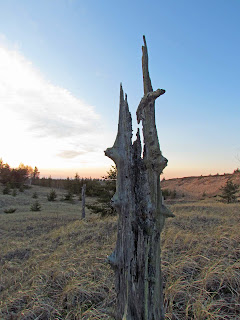