Yesterday I finished my accounting and handed off the data to my tax preparer. Yea! That is always something to celebrate. So I decided to drive into the Pictured Rocks National Lakeshore and take a hike.

First I stopped at the Hurricane River.  The first thing I saw was a downed tree that seemed to have shattered in a storm. 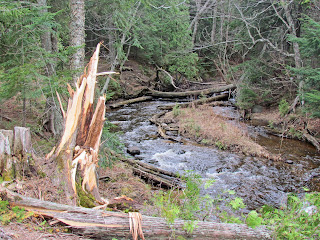 There is a foot bridge for the North Country Hiking Trail.  From the middle of the bridge I pointed my camera north.  When it is cloudy, you certainly don't see the brilliant blue of Lake Superior. 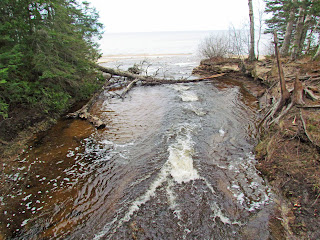 I like using the sports setting on my camera to capture the dancing water. 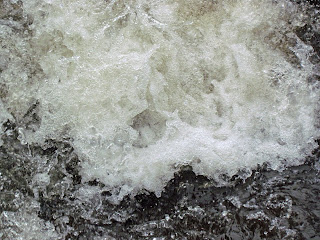 Here is a shot looking up river.  Notice that the downed tree fell over the river. 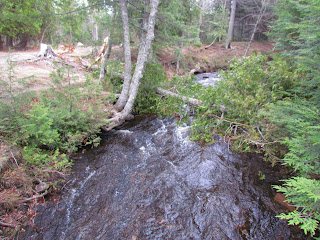 Then I walked down to the beach to get a few shots. 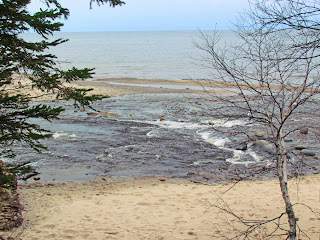 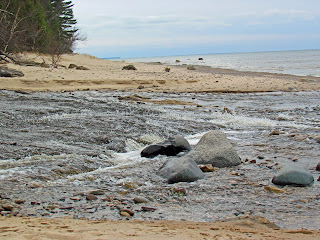 The beach in front of the Hurricane Campground is mostly sand.  It is a great place to hang out on a hot summer day. 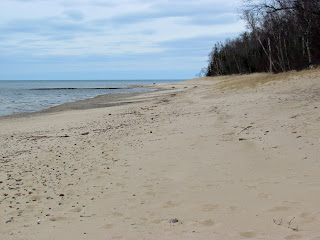 I believe these are situated as seating to accommodate people listening to ranger presentations. 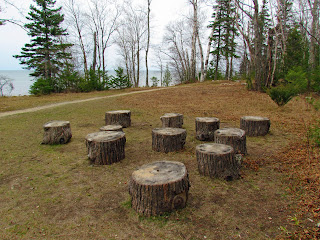 Next I headed over to Twelvemile Beach campground, which is located around three miles west of the Hurricane River.  When I was there last Monday, the entire surface was uniform in color due to the thin layer of a sandy film.  At that point the wind had been from the south for several days -- basically ever since the snow melted.  When the snow melted, it dumped the sandy film that the winds coming off Lake Superior had mixed in with the snow.  Here is the picture I took last Monday. 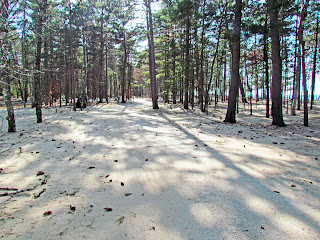 In the five days that elapsed since Monday, the winds turned to come from the north and blew most of the silt away.  There is still a lot of sand, but the ground was no longer a uniform color. 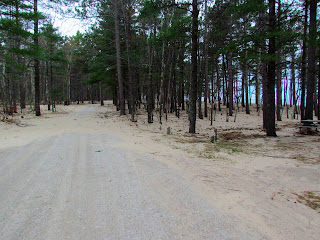 I walked up the nature trail from the campground.  In a future blog update I'll post the pictures from the hike.  Here are a few shots I took during the hike. 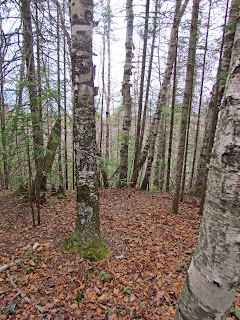 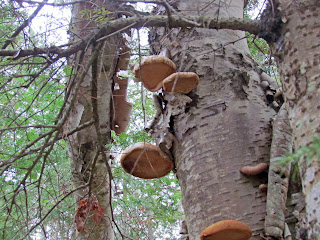 The picture below is wintergreen.  Wintergreen continues to photosynthesize throughout the winter.  Thus, it is an "evergreen."   Wintergreen berries, from Gaultheria procumbens, are used medicinally. Native Americans brewed a tea from the leaves to alleviate rheumatic symptoms, headache, fever, sore throat and various aches and pains. During the American Revolution, wintergreen leaves were used as a substitute for tea, which was scarce. Wintergreen is a common flavoring in American products ranging from chewing gum, mints and candies to smokeless tobacco It is also a common flavoring in mouthwash and toothpaste.  While hiking, I chewed on a couple of leaves. 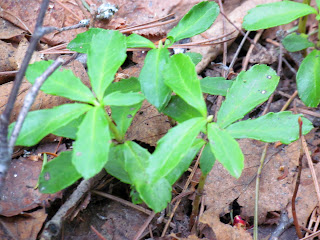