The second day in the Porcupine Mountain area we decided to drive the South Boundary Road and explore the western end of the park including Presque Isle.

We noticed on the map that there are a couple of waterfalls, including one that is not too far off the South Boundary road, so we checked it out. 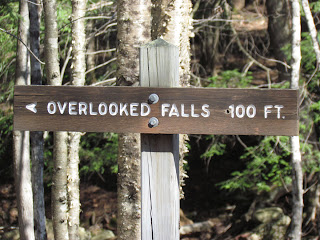 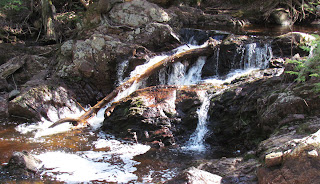 Then we drove to the Presque Isle area.  This is the cool interpretive sign in the picnic area. 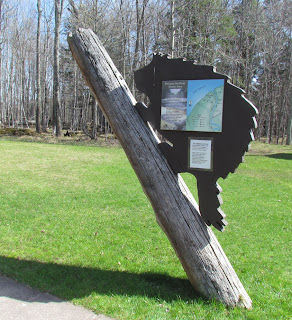 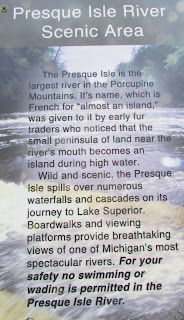 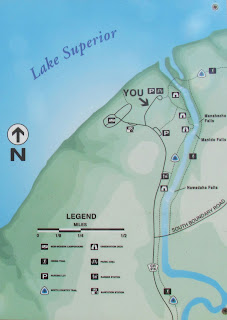 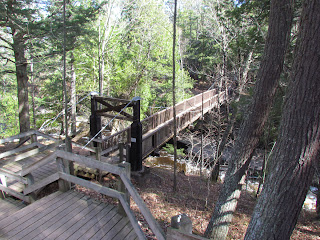 There were warning signs everywhere.  Apparently it is quite dangerous to swim in the river. 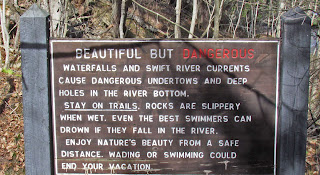 I took this photo from the bridge looking down river toward Lake Superior. There were quite a few swirls in the river formed by the force of the falls and other rapids.  The foam forms from natural vegetative sources. 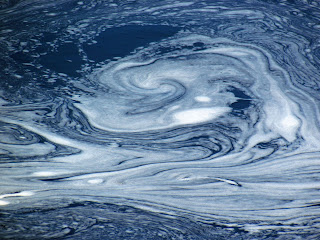 Here is a photo of Helen hiking to the end of the peninsula.  Notice the fisherman on the far shore. 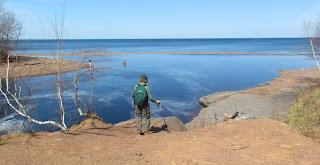 There were quite a few fossilized ripple marks in many of the rocks. 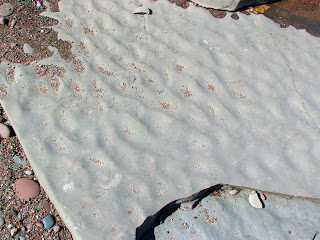 This is a photo looking back up the river on the east side of the peninsula. 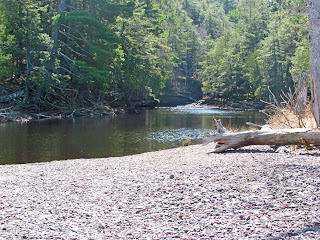 Right at the end of the peninsula there were hundreds of crayfish emerging from the gravel and struggling to get into Lake Superior. 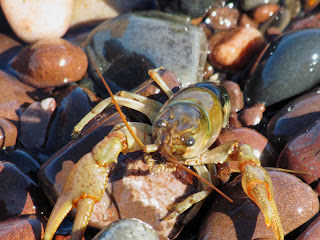 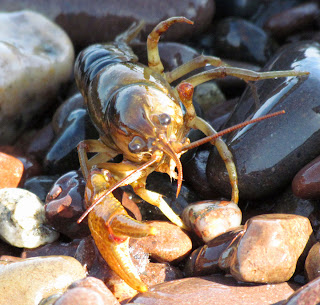 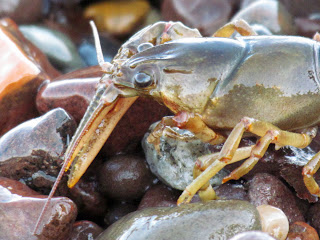 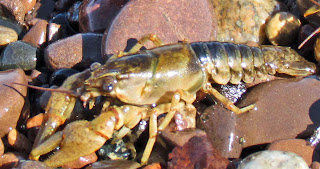 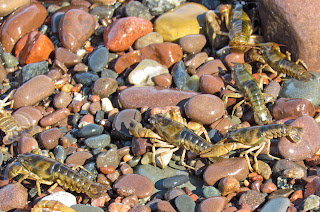