For today's blog update I'll continue posting pictures taken during hikes in the Porcupine Mountains this past weekend. After exploring the end of the peninsula located at the mouth of the Presque Isle River, we walked on the east side of the peninsula toward the east trail. Below is a photo looking east toward the hills we hiked up the day before. 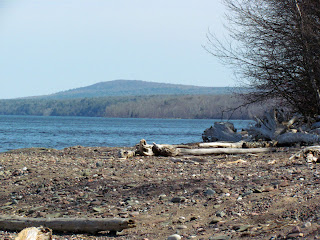 The beach is much different than those in Grand Marais. 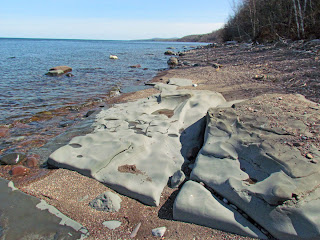 The forest on the peninsula is very inviting and calming with the stately trees. 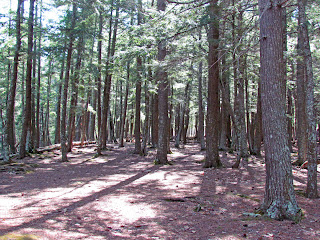 I liked the color of these beaver cuttings in the river. 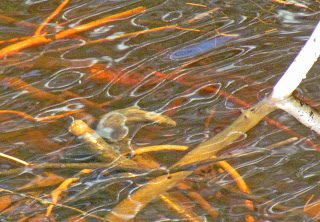 When I was in the area two years ago with my sister, the entire area in the photo below was filled with torrents of white water.  It was weird to see the difference between that peak flow then and the more normal river levels that exist now. 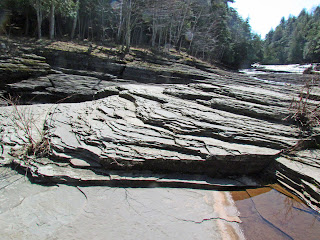 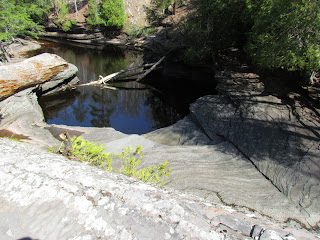 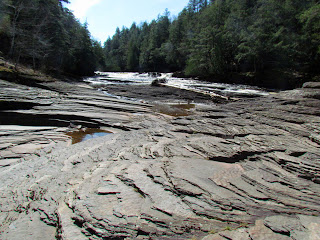 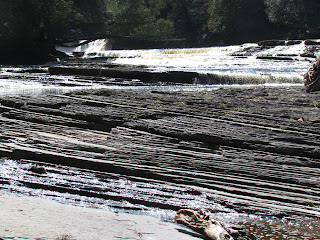 I just had to have Helen take a picture of me pointing out the trail marker that was covered in white water two years ago. 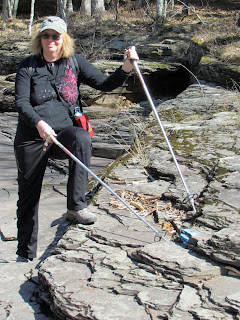 We walked across the rock and up the trail on the east side of the river. 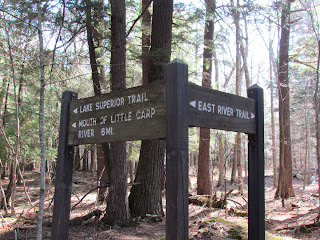 The trail has a lot of up and down. 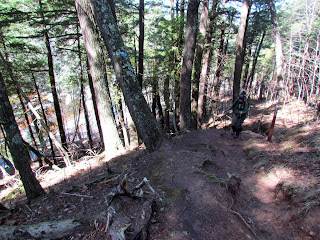 Not long down the trail the series of waterfalls starts. 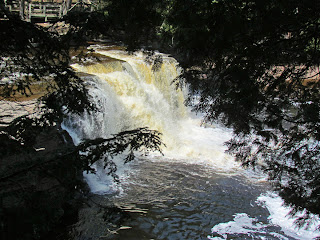 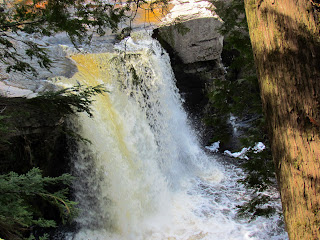