Last night I drove out to the point to get some updated pictures of the break wall construction project. I spoke with one of the crew members and found out that there are actually two projects. The guy told me that the Army Corps of Engineers split the project into two bids. The company that has the first bid  and is currently working on the project spent $800,000 to move their barges and equipment to Grand Marais. Given this expense, they are probably first in line to get the second part of the bid. 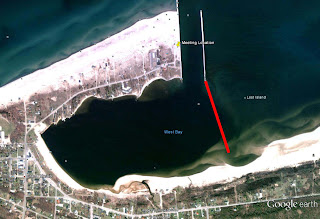 On the Army Corp's web page, I found the following project description:

The U.S. Army Corps of Engineers constructed a pile breakwater to protect the Grand Marais harbor 1895-1897. Significant deterioration of the structure over time, coupled with storm events, resulted in a complete failure of the structure by the mid 1900s. Since that time, sand has been moving into the harbor, decreasing the depths dramatically. At this rate of infiltration, it is estimated that the harbor will be filled in to a point where it will not be usable within a matter of a few years. Grand Marais is the only harbor of refuge on the south shore of Lake Superior between Little Lake and Presque Isle. The Corps has been working with a variety of regional stakeholders to implement repairs to the breakwater at Grand Marais.

Contract work consists of, but is not limited to marine construction on the Grand Marais Harbor federal breakwater in Grand Marais, MI. Work is to be performed at the junction between the southern most portion of the existing east concrete pier, and the northern most portion of the existing rubble mound breakwater. This section of the structure is located approximately 1,500 feet from the shoreline. Work to be performed includes the removal of approximately 300 lineal feet of the existing timber crib and all stone to lake bed and the construction of a rubble mound breakwater in its place. The rubble mound breakwater is to be constructed of three stone layers consisting of core stone, filter stone, and armor stone. The armor stone layer consists of 6 to 9 ton stone. At lake bed elevation, the width of the structure varies from approximately 150 ft to 100 ft. At crest elevation, the width of the structure varies from approximately 13 ft to 36 ft. It is anticipated that the contract will be awarded in late June 2012. The contract will include a base contract and 3 options. The base contract involves constructing 150 feet of the breakwater with each option adding 50 feet for a total possible length of 300 feet. Because of Piping Plover, the contractor is required to remain 250 ft lakeward from the shoreline. Therefore, all work is expected to be marine based.

Consequences of Not Maintaining the Project
 Loss of jobs locally.  (What jobs?)
 Loss of cruise vessels, and recreational and charter fishing in the area.

Transportation Importance
 This project serves as an important Harbor of Refuge and supports charter fishing and
recreational navigation interests.
 This harbor is very scenic and serves as a cruise vessel port on Lake Superior.
 The local community has established a significant infrastructure around the harbor
facilities that generates income from harbor users and visitors to the area. 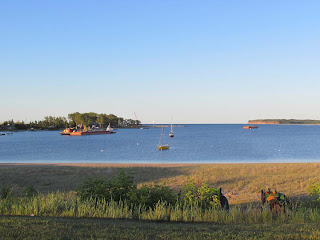 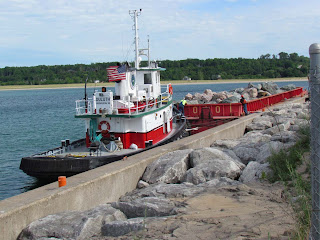 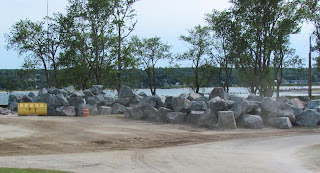 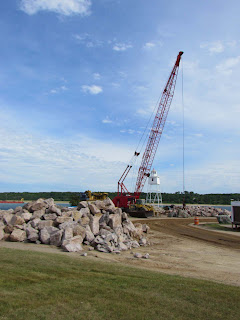 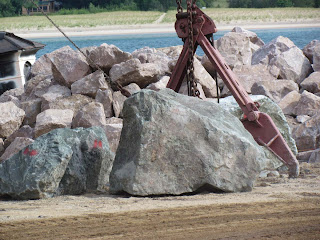 They are placing boulders in place.... 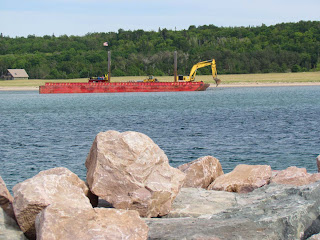 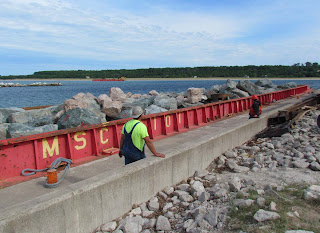 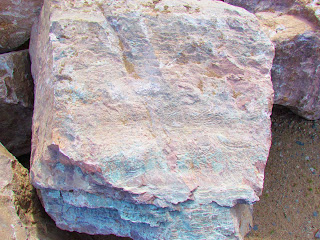 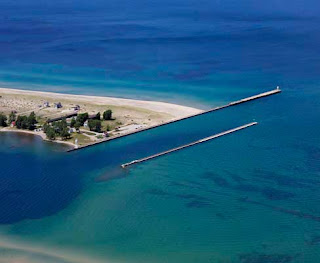 I found another Army Corp page that shows concerns that the agency has with the project. I have heard that the length of the break wall will be shortened due to funding limits. I'm not sure if this is true, but it seems that the Corp has heard this, too, and has reservations as you can see below:

Project Update
The Corps has recommended that Burt Township enter into a contributed funds agreement with the Corps. If the Township were to agree the Corps would join the State funds to the remaining Federal appropriation, and the Corps could advance the project.

Burt Township has indicated serious reservations about entering into such an agreement with the Corps and they are proceeding with construction on their own with the State funding.

The township has requested that the Corps provide the remaining federal funds to the local community in the form of cash and/or materials (stone), or that the Corps utilize the funds to proceed with construction of a limited portion of the repairs in advance of their contract.

The Corps has informed the Township that they do not have the authority to provide the funding/materials as requested, nor would a shortened structure provide a tangible solution to reducing the overall wave climate and/or sediment buildup in the inner basin of the harbor.
Detroit District's environmental assessment documents for a civil works breakwater construction project at Grand Marais were finalized on May 12, 2010. The Environmental Assessment does not expire in May 2012. Our internal policies require us to reinitiate coordination with other agencies if a project is not implemented within 2 years. The Regulatory review process sufficiently addresses our coordination requirements with USFWS.

Funding
Corps' funds totaling $2,640,000 were allocated in 2006 and 2008 for the required repairs for Grand Marais through the Congressional Add process.

To date, funds have been expended for: collection of survey and geotechnical data, shoreline evaluation model study, completion of engineering & design, final construction plans & specifications, a biological assessment required for a final biological opinion from the USFWS and the environmental assessment.

Approximately $1.6 million remain for contract award and construction oversight, however, Burt Township is not ready to enter into a contributed funds agreement with the Corps which is the mechanism the Corps can use to partner with the local community to deliver a high quality navigation structure at Grand Marais.

The $1.6 million, currently held by the Corps as "carry-over" funds, has not been expended on other projects, but it is (as all funds are) subject to reprogramming at any time based on the needs and priorities of the Nation. 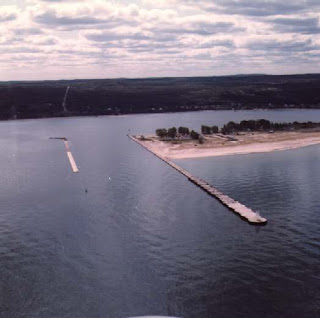 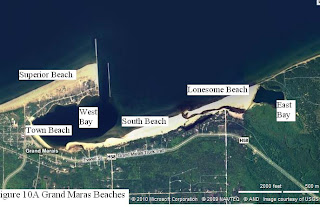