A Few of My Favorite Moons in our Solar System

Yesterday I worked on building new shelves for the museum all morning, and then installed them after I closed the museum at 5:00 pm. So I did not get a chance to go out and hike. I need the shelf space in the gift shop to sell my son Jonathan's new Zen sand gardens that I'll be selling.   Pictures and information will be included in the next few days. Yesterday new hand-painted Grand Marais scenes were also hung in the gift shop. The paintings were done by Karen Miller who has been visiting Grand Marais for many years. Thanks to her husband, Frank,, for his help in hanging the photos. I'll also include information about these terrific paintings in the days to come. The museum was quite busy so I appreciated his help. In fact, yesterday was the best day in the museum so far this year. For those of you who have made comments about the museum "never being open," it has been a slow spring up until yesterday. There were a few days that I had no one come in and several days that there were only a few people. But maybe the summer tourism season is finally here. 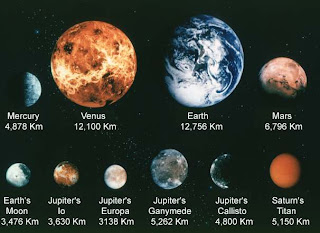 I'll begin by including a little information about our own moon. 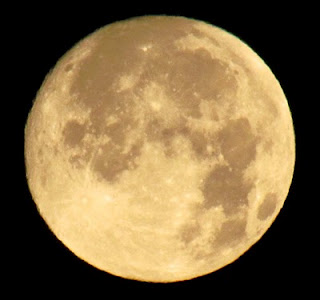 Here is a map of the moon's surface. 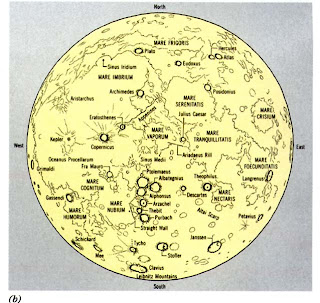 Scientist's think our moon was formed when a Mars size object hit the Earth not long after the Earth first formed.  The debris from the collision accreted to form the moon. 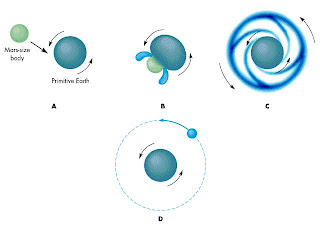 Here is a diagram of the structure of our moon. 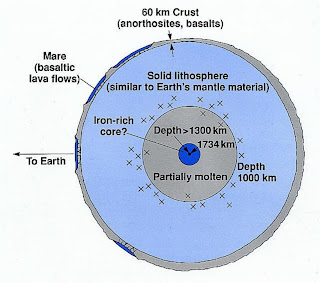 Next I'll include information about Jupiter's moons.

The planet Jupiter's four largest moons are called the Galilean satellites, after Italian astronomer Galileo Galilei, who observed them in 1610. The German astronomer Simon Marius claimed to have seen the moons around the same time, but he did not publish his observations and so Galileo is given the credit for their discovery. These large moons, named Europa, Ganymede, Io, and Callisto.  are each distinctive worlds.

Europa's surface is mostly water ice, and there is evidence that it may be covering an ocean of water or slushy ice beneath. Europa is thought to have twice as much water as does Earth. This moon intrigues astrobiologists because of its potential for having a "habitable zone." Life forms have been found thriving near subterranean volcanoes on Earth and in other extreme locations that may be analogues to what may exist on Europa. 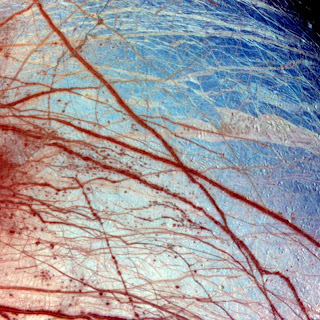 Ganymede is the largest moon in the solar system (larger than the planet Mercury), and is the only moon known to have its own internally generated magnetic field. 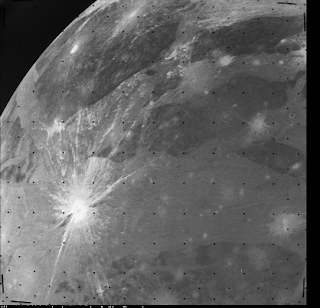 Io is the most volcanically active body in the solar system. Io's surface is covered by sulfur in different colorful forms. As Io travels in its slightly elliptical orbit, Jupiter's immense gravity causes "tides" in the solid surface that rise 100 m (300 feet) high on Io, generating enough heat for volcanic activity and to drive off any water. Io's volcanoes are driven by hot silicate magma. 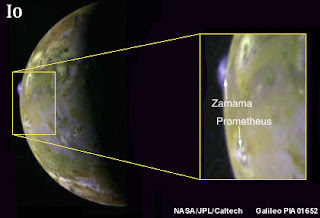 Callisto's surface is extremely heavily cratered and ancient -- a visible record of events from the early history of the solar system. However, the very few small craters on Callisto indicate a small degree of current surface activity 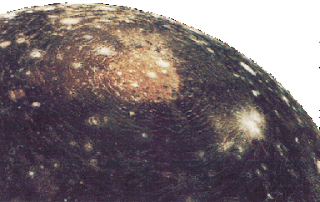 Here is an actual photo of Jupiter with its four moons. 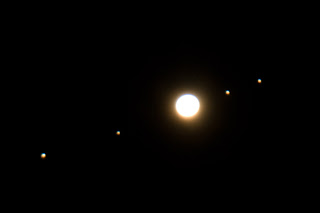 The interiors of Io, Europa and Ganymede have a layered structure (as does Earth). Io has a core, and a mantle of at least partially molten rock, topped by a crust of solid rock coated with sulfur compounds. Europa and Ganymede both have a core; a rock envelope around the core; a thick, soft ice layer; and a thin crust of impure water ice. In the case of Europa, a global subsurface water layer probably lies just below the icy crust. Layering at Callisto is less well defined and appears to be mainly a mixture of ice and rock.

Three of the moons influence each other in an interesting way. Io is in a tug-of-war with Ganymede and Europa, and Europa's orbital period (time to go around Jupiter once) is twice Io's period, and Ganymede's period is twice that of Europa. In other words, every time Ganymede goes around Jupiter once, Europa makes two orbits and Io makes four orbits. The moons all keep the same face towards Jupiter as they orbit, meaning that each moon turns once on its axis for every orbit around Jupiter.

In total Jupiter is thought to have 50 moons as well as 14 other smaller satellites that are called provisional moons.