Yesterday I went hiking in the Grand Sable Dunes with friends, Jamey and Lois.  Since the snow has melted on the ridges, we decided to go without snowshoes.  It was sunny and warm with temperatures in the 50s.  As many of you know -- I LOVE THE DUNES.  It sure was nice to be back up there. 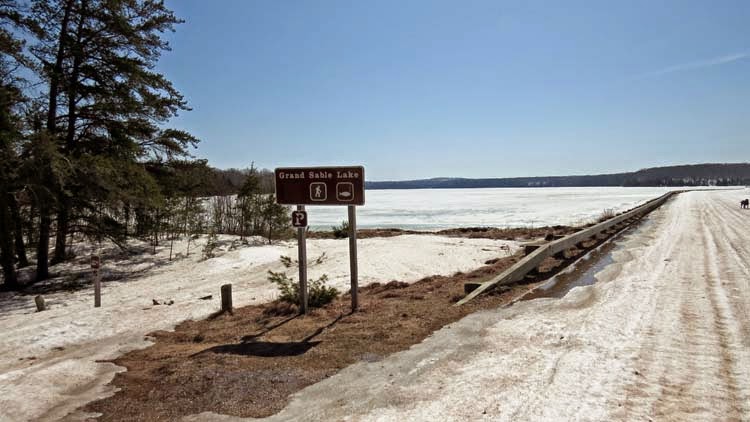 Up the dunes we go. 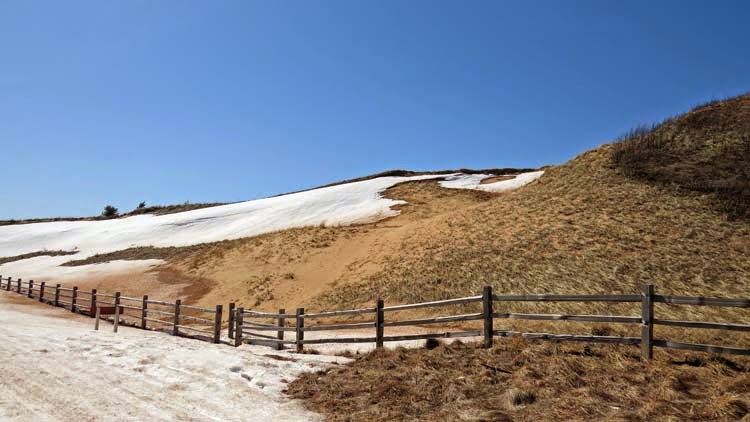 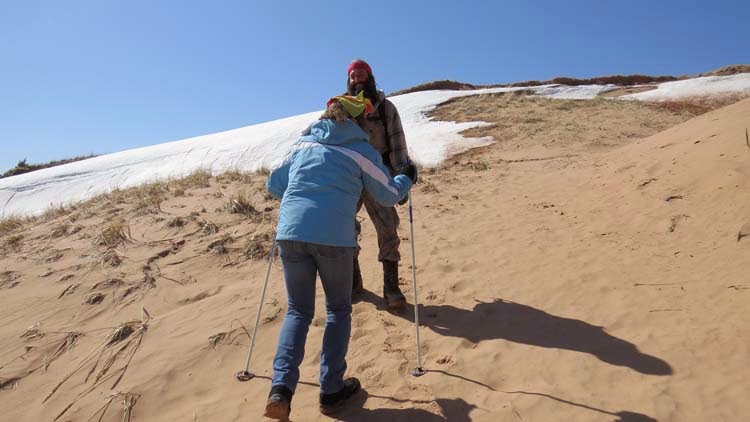 Looking back at Sable Lake. 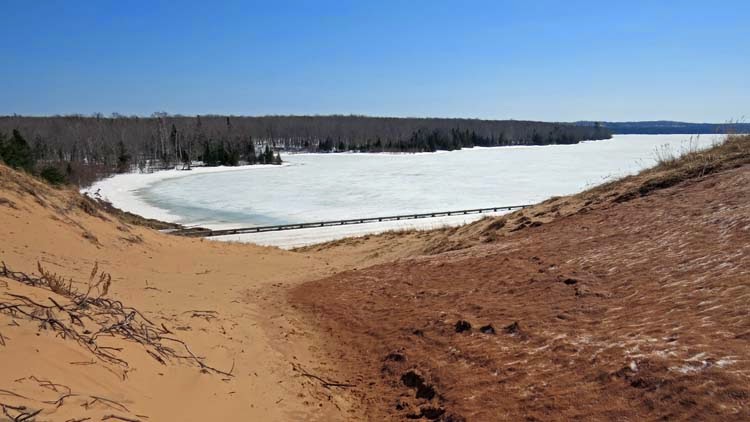 After climbing to the top of the first dune, there is perhaps the best view of the dunes. 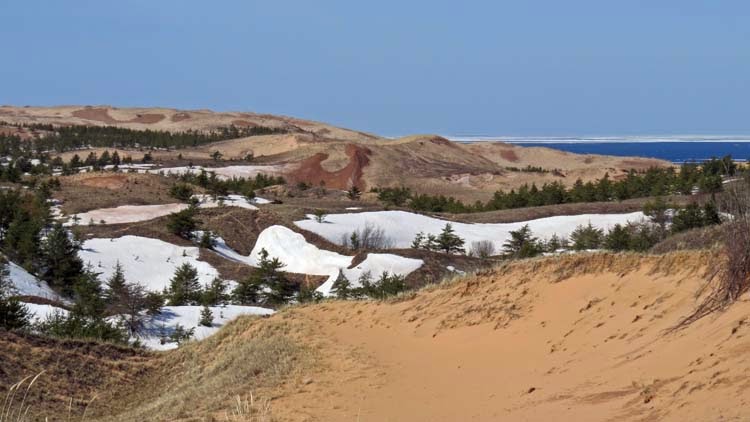 This time of year there are terrific contrasts between the snow, sand, and melting snow covered with sand (as shown below). 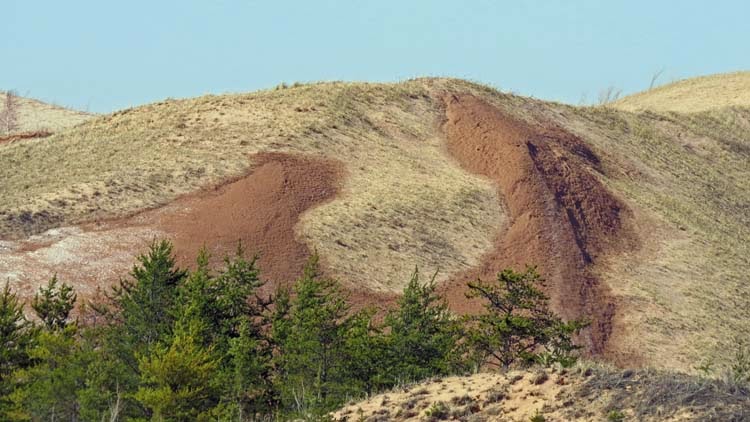 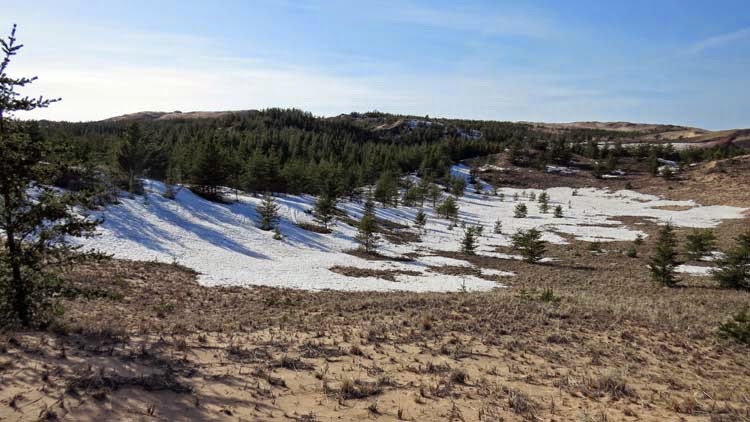 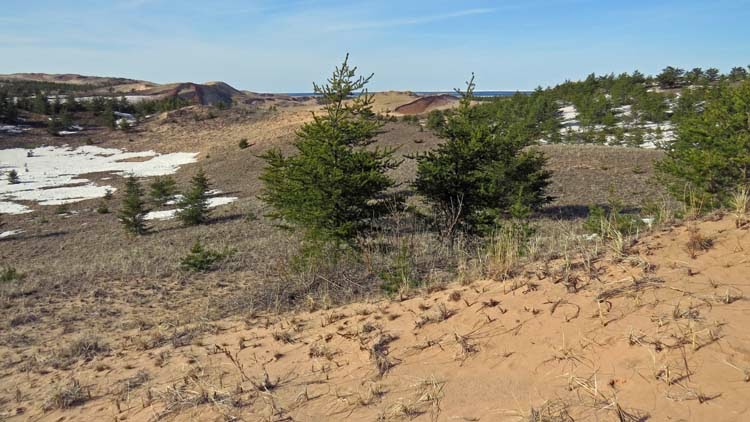 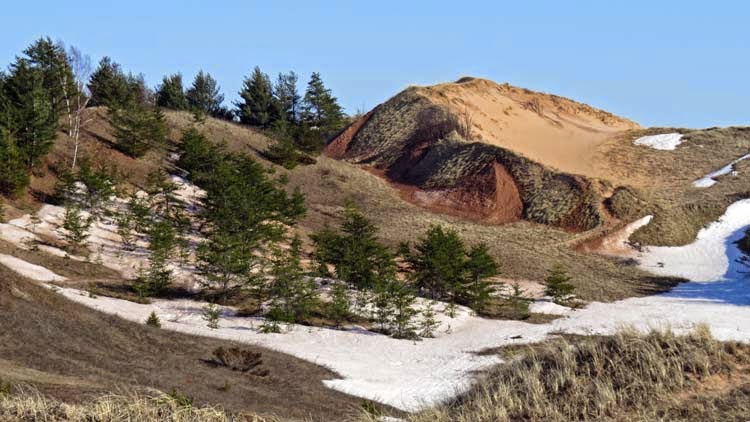 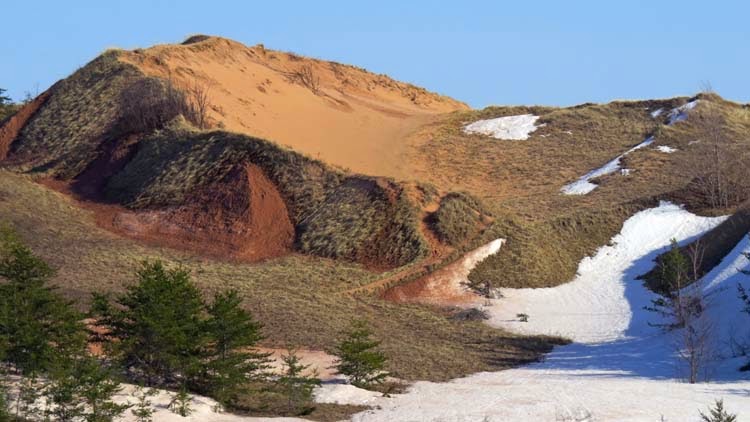 Jamey being Jamey -- jumping off the dune into soft snow. 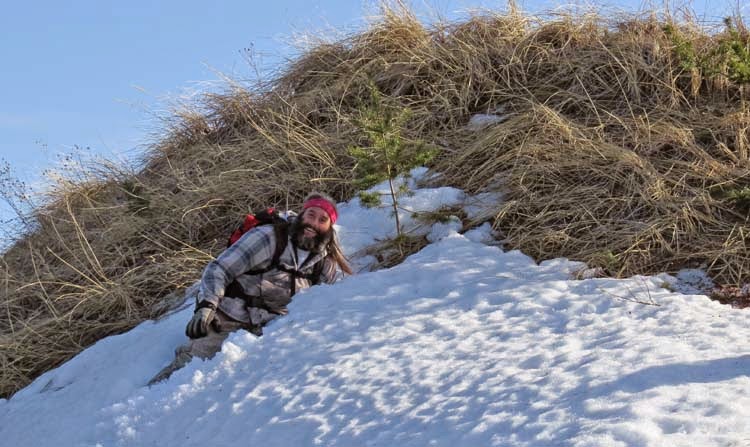 Jamey is not walking up the dune, he is walking backwards on the ridge.  Crazy.  It was hard enough walking forward given that we were being plummeted with 40 to 50 mph winds. 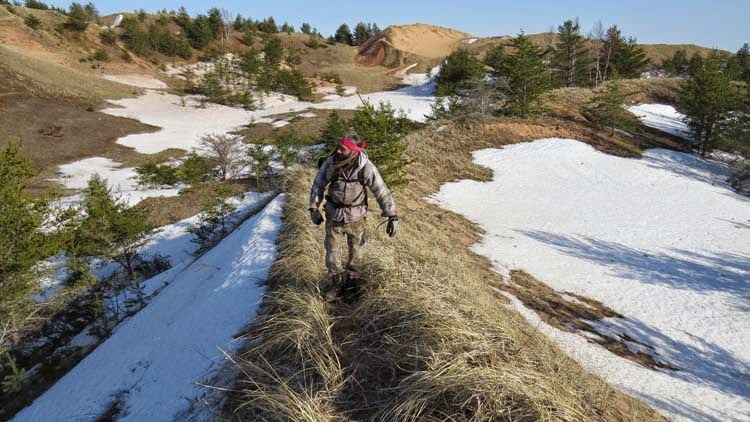 At one point I chose to walk the valley.  Jamey and Lois walked the ridge.  When I saw them striking the pose shown below -- I knew what they were doing.  The wind was so strong that they were able to lean into the wind, which held them up. 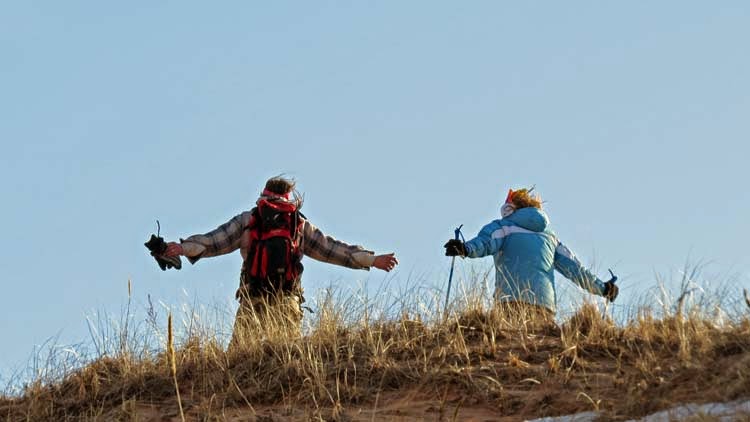 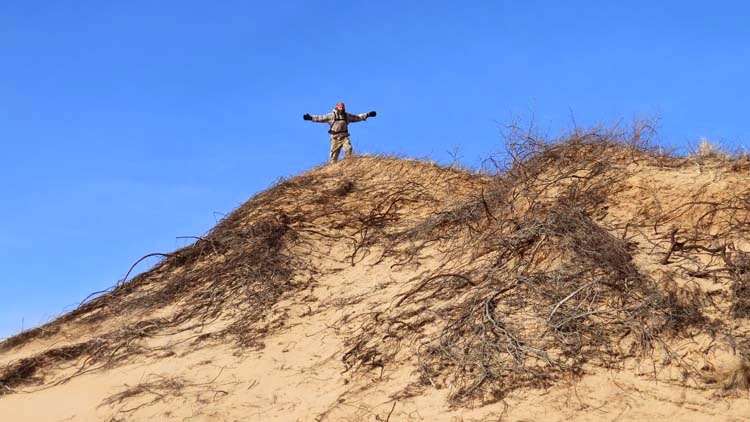