As long as I stay off the knee, it feels a bit better.  Yesterday, though, I bushwhacked around the woods to find a Christmas tree and suffered some later.  Thus, I am not yet ready to go out hiking to get photos.  Instead, I pulled up to the bluff in Woodland Park and got a few photos of the waves.  It was a very gray day with sprinkles off and on.  Later last night I saw a few snowflakes, but not enough to accumulate.  It was originally predicted that we would get snow on Monday.  However, now they are saying it will be all rain.  Parts of the U.P. will receive over two inches of rain.  Isn't this December? 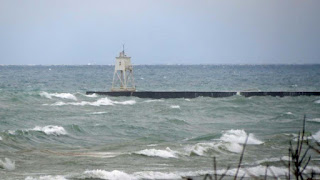 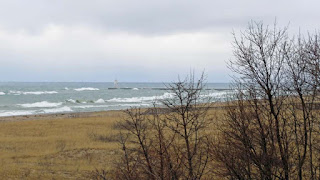 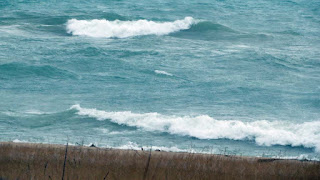 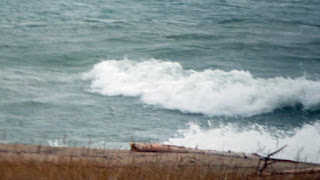 I received an email today from Martin Brockhaus.  He asked whether the face in a Petoskey stone photo I posted on the museum's webpage is natural.  Yes it is.  Below is my photo on which  Martin circled the face.  The second photo below is one I cropped and rotated right of the highlighted face. 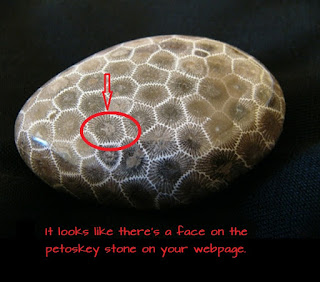