So far April has had more "winter" weather than did the whole month of March.  Last night we only received an inch or two in Grand Marais, but west of here they received more.  There were several schools closed yesterday, but even more today!

A friend of mine, Marcia Brien, is up with her family.  We "celebrated" the return of winter and went skiing.  Since I already knew there was enough snow on the road going to the Sable Lake boat ramp, that is where we decided to go. 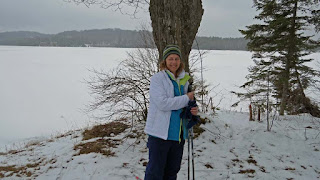 Some of the trees are coated with snow.  The wind has picked up, though, so within a few hours most of the snow will blow off the branches. 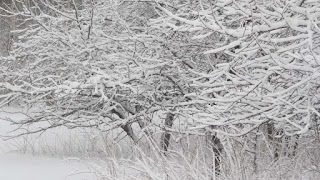