At this time of year I should be posting mid-Winter scenes.  However, our lack of snow makes the scenery look more like what would usually occur in late October or early November.  Today I will post a few photos I took the other day when exercise partner and I hiked from the Sable Visitors' Center to the foot bridge near Sable Falls.  Then there are a few more pictures I took yesterday in the sunshine on a snowshoe we took on a hike from Sable Lake, down the north country trail toward the cross country ski trails. 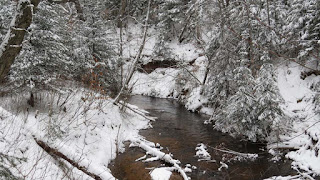 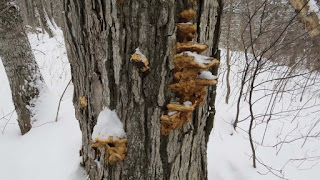 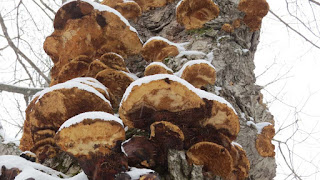 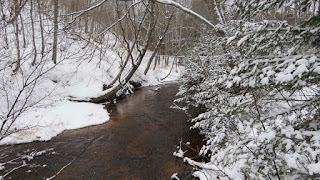 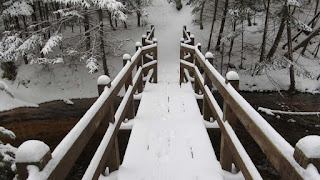 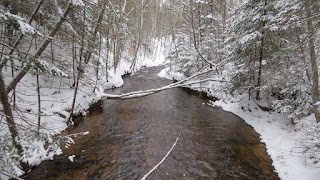 We went into the first section of dunes and then turned back. 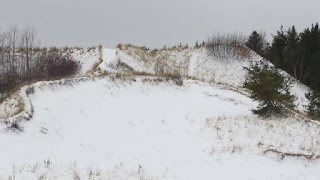 Yesterday we were going to go into the dunes, but the wind was gusting up to 40 mph, so we decided to instead head down the trail that starts at the Sable Lake parking lot. 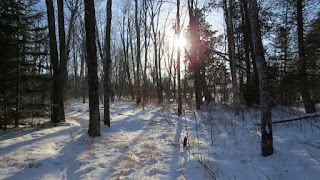 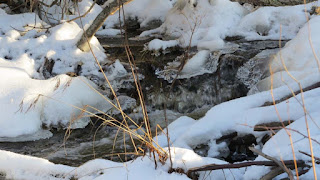 We carefully walked across the footbridge and headed toward the cross country ski trails, which have not yet been groomed due to lack of snow. 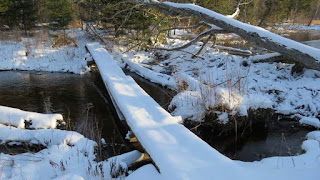 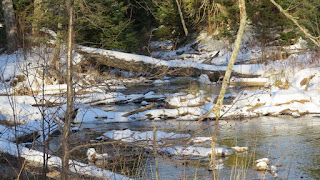 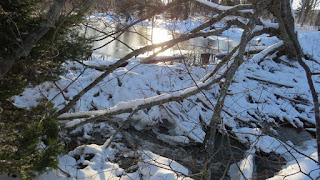