The two day blizzard is over.  Due to the blowing and drifting, it is hard to tell how much snow we received but I think it is probably around a foot.  I did not leave the house yesterday.  It was just too brutal out, plus I wanted to do a last push to finish my accounting and tax preparation.  Those who know me are aware that I do not like bookkeeping.  But the task is done!  Yea!

The wind has died down and we had some patches of clear sky this morning -- so it was a beautiful sunrise!  From my house, the sun is rising behind the trees but I was still able to get some photos. 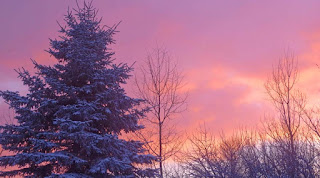 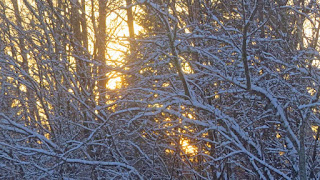 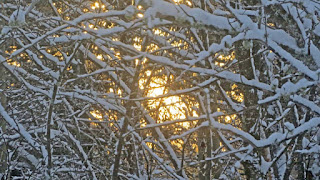 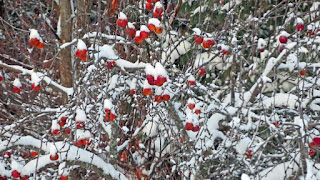 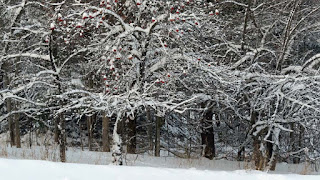 The snow pile on the south side of my house is not nearly as high as it was this time last year, but at least it looks like winter out there right now. 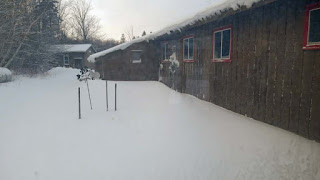 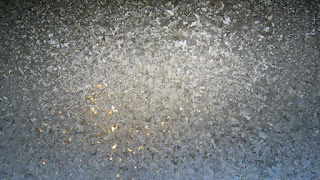 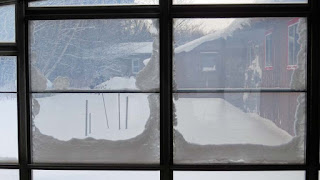