Yesterday friend, Lois, and I went on a snowshoe from the Sable Visitor's Center along the Sable River, to the footbridge by Sable Falls, and into the dunes.  It was hard.  Very hard.  There is eight inches of new snow on top of three to four feet of soft snow.  With each step we sunk in, even with snowshoes.  In fact we were post holing it with snowshoes.  A few times my snowshoe sunk in so deep that I had to dig it out.  The snow on top of the shoe was like concrete.  Despite the massive effort that it took, it was beautiful out.

Throughout our three and half hour snowshoe and picnic, it was sunny and snowing at the same time.  Weird. 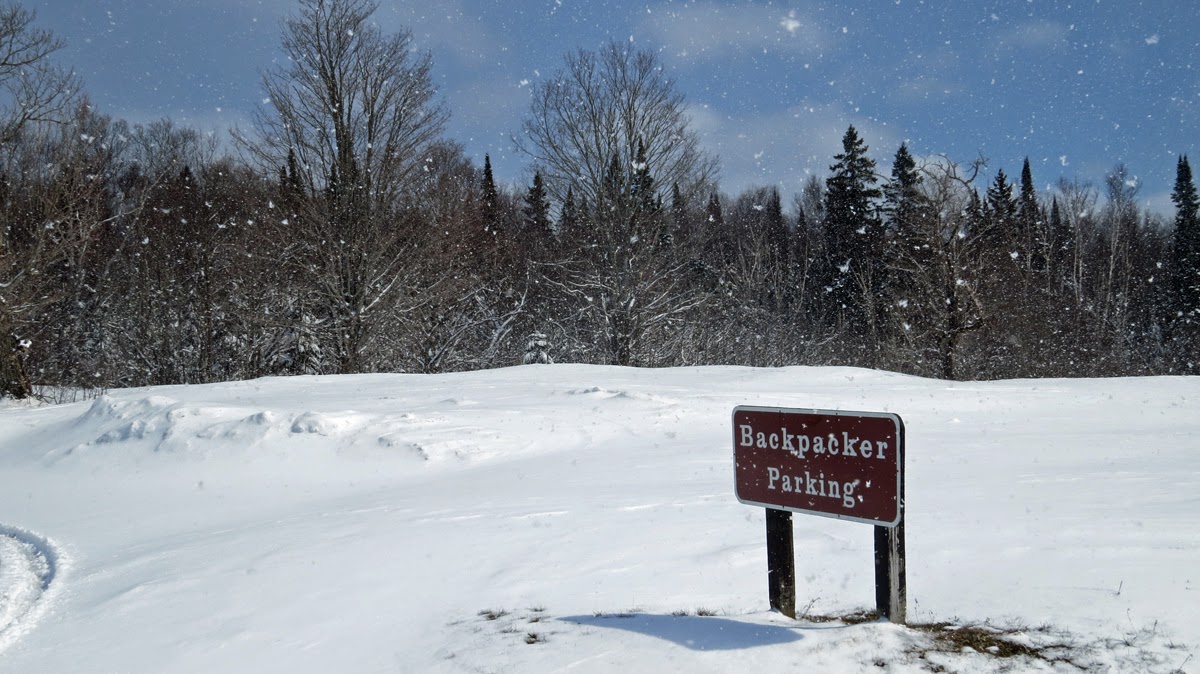 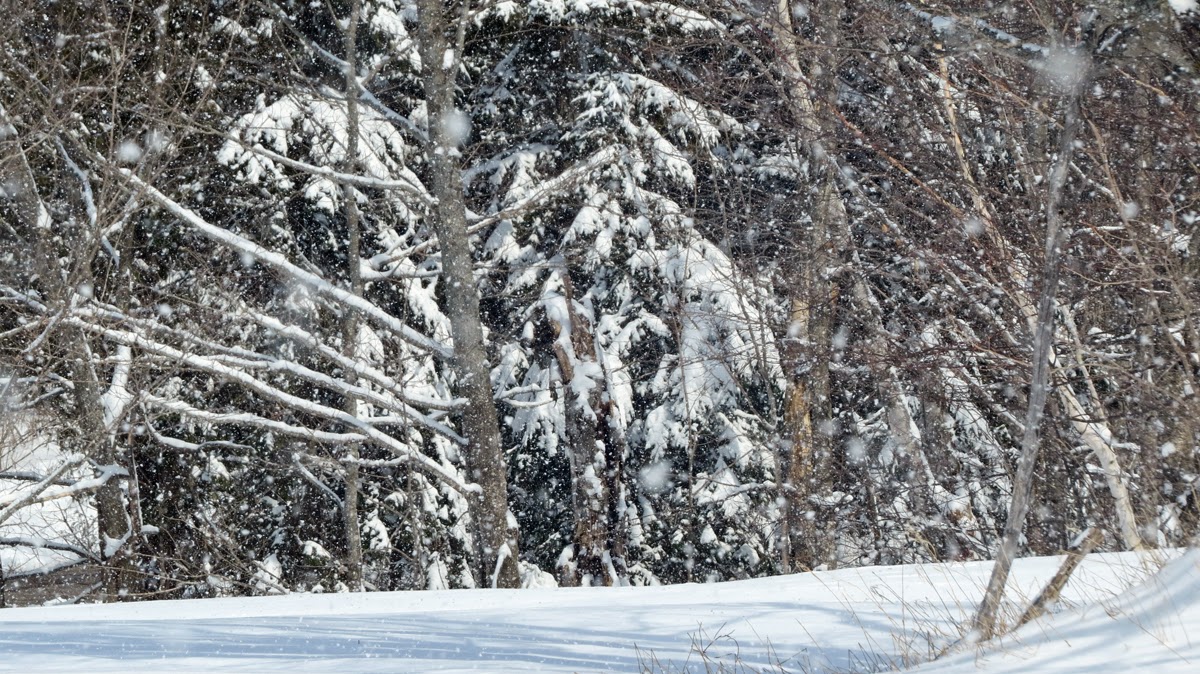 The sign barely showing below shows that we still have four feet of snow on the ground. 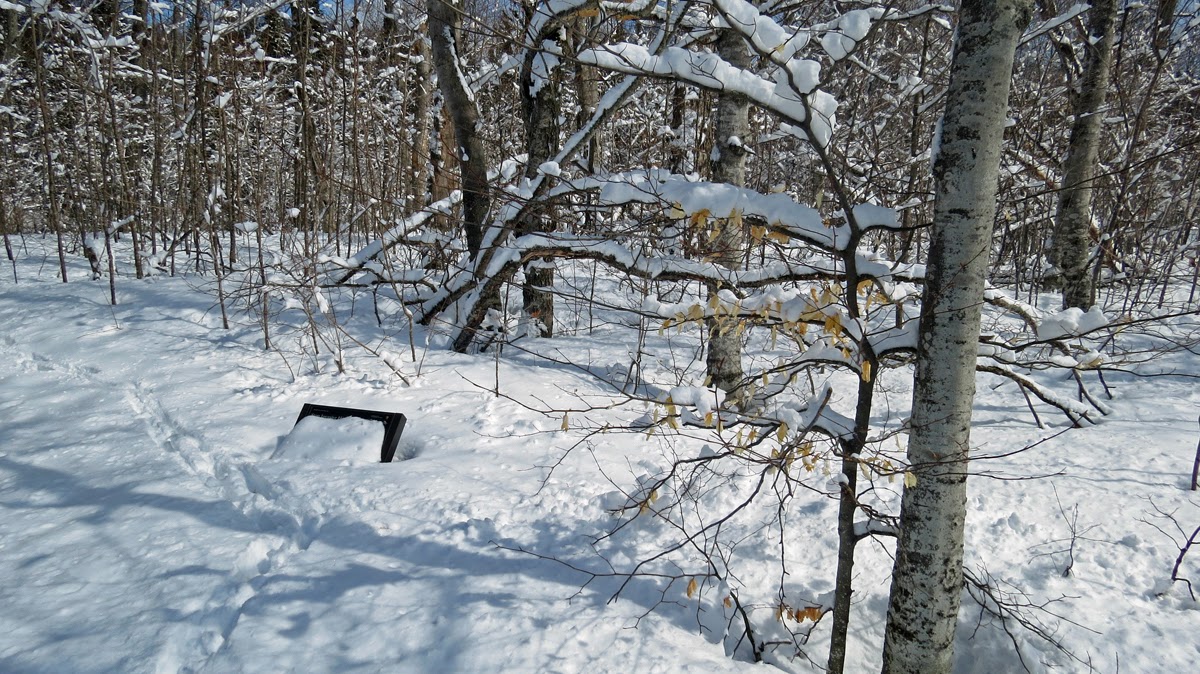 It really looks more like January outside in Grand Marais than it does mid-April. 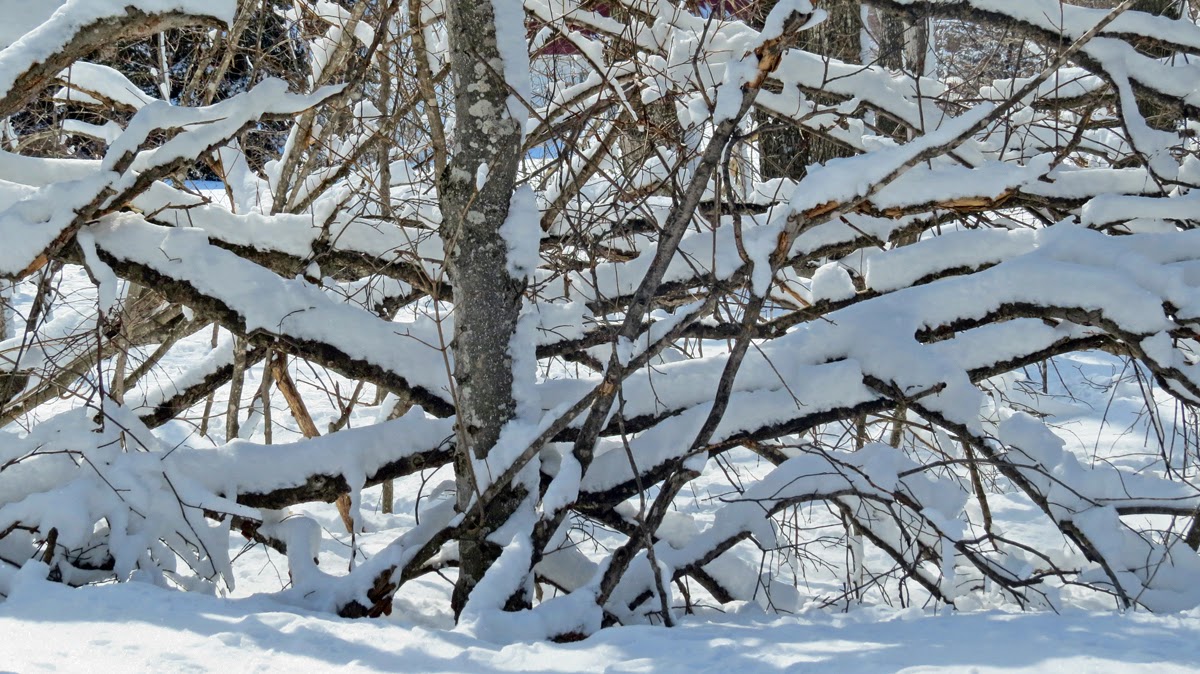 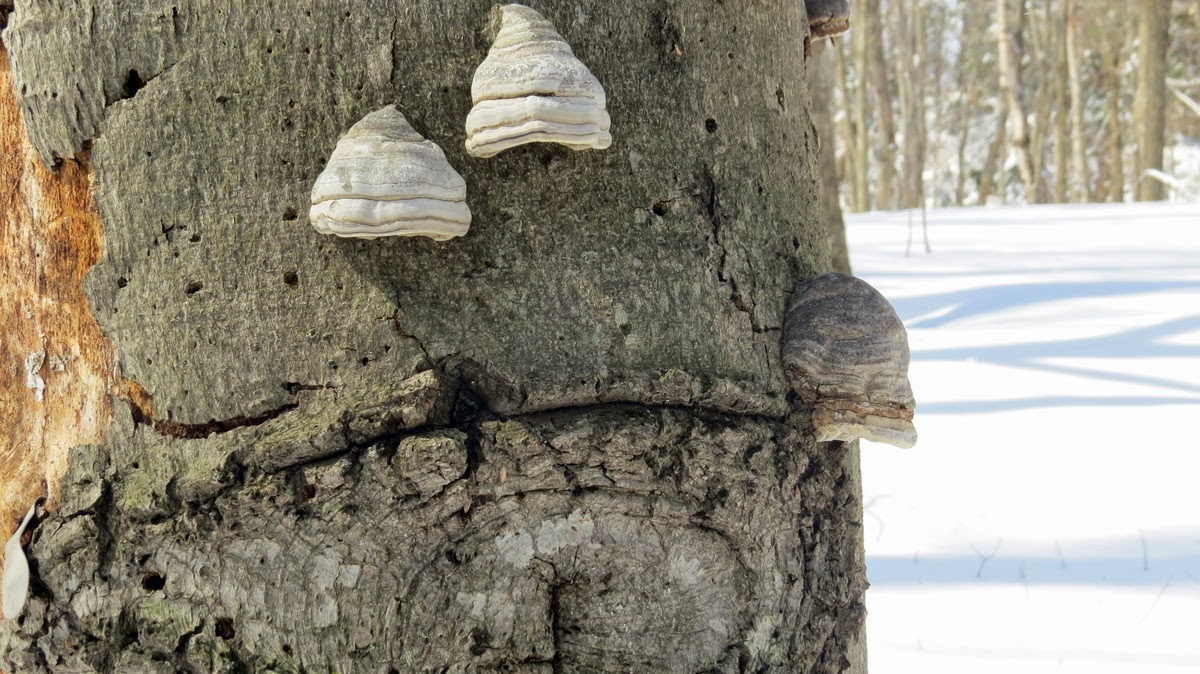 But Sable River is definitely flowing. 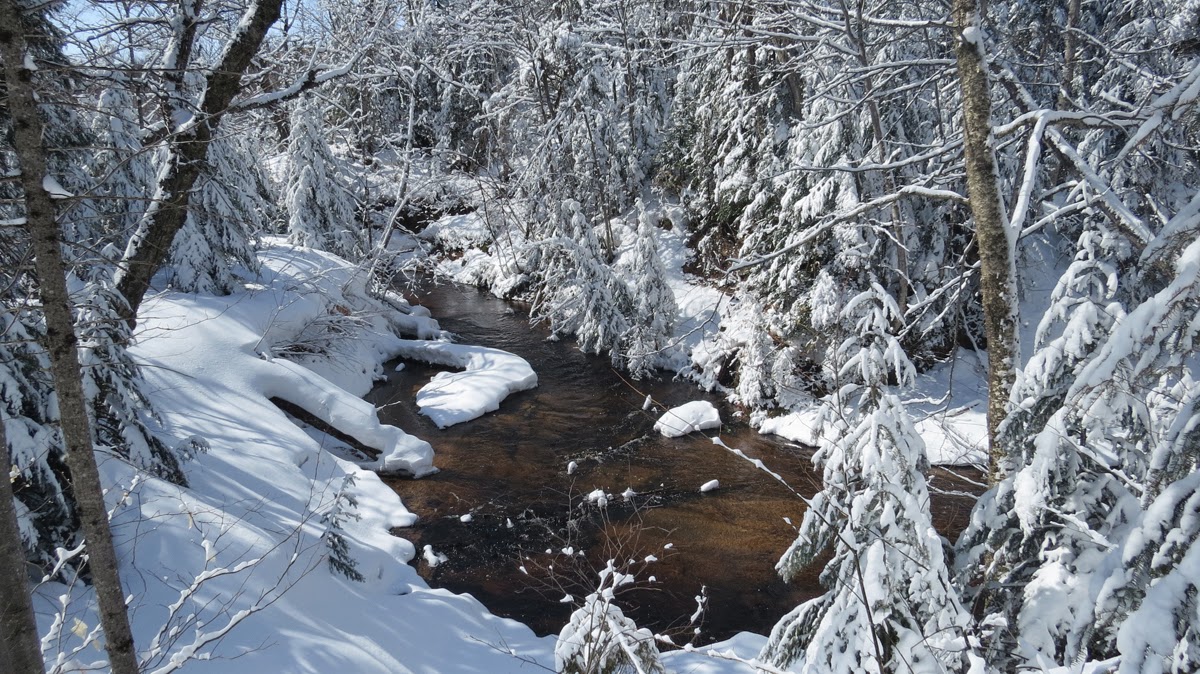 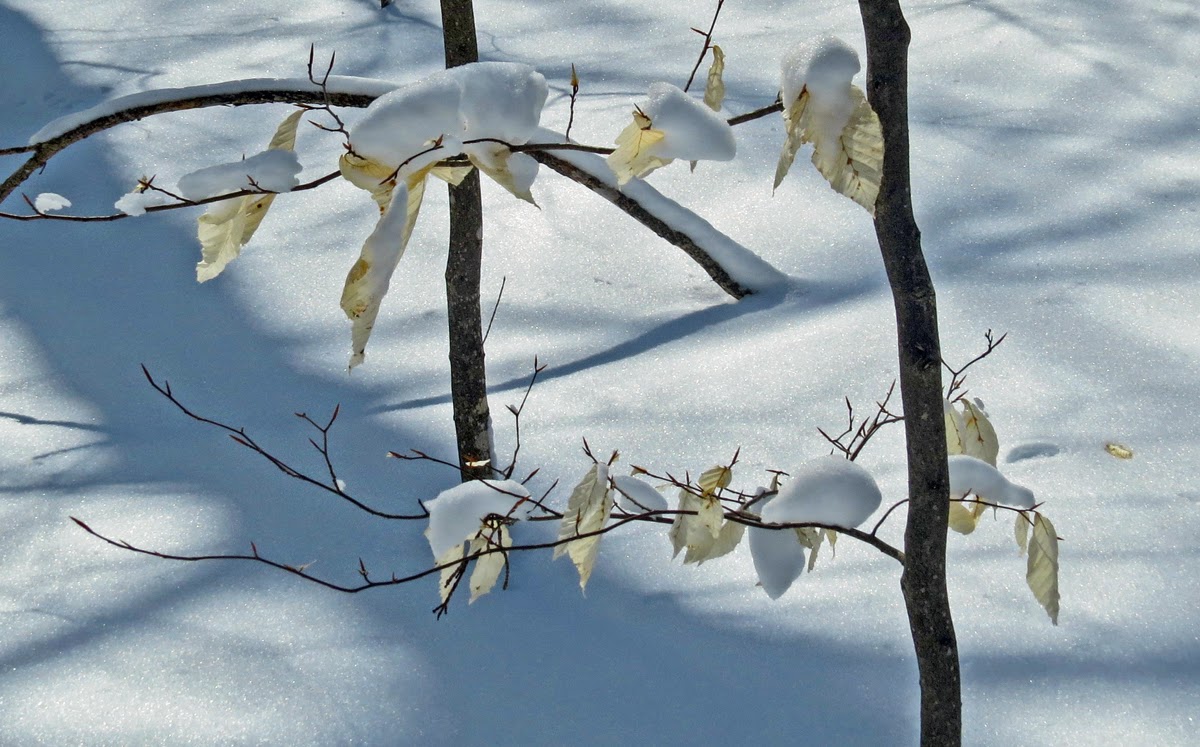 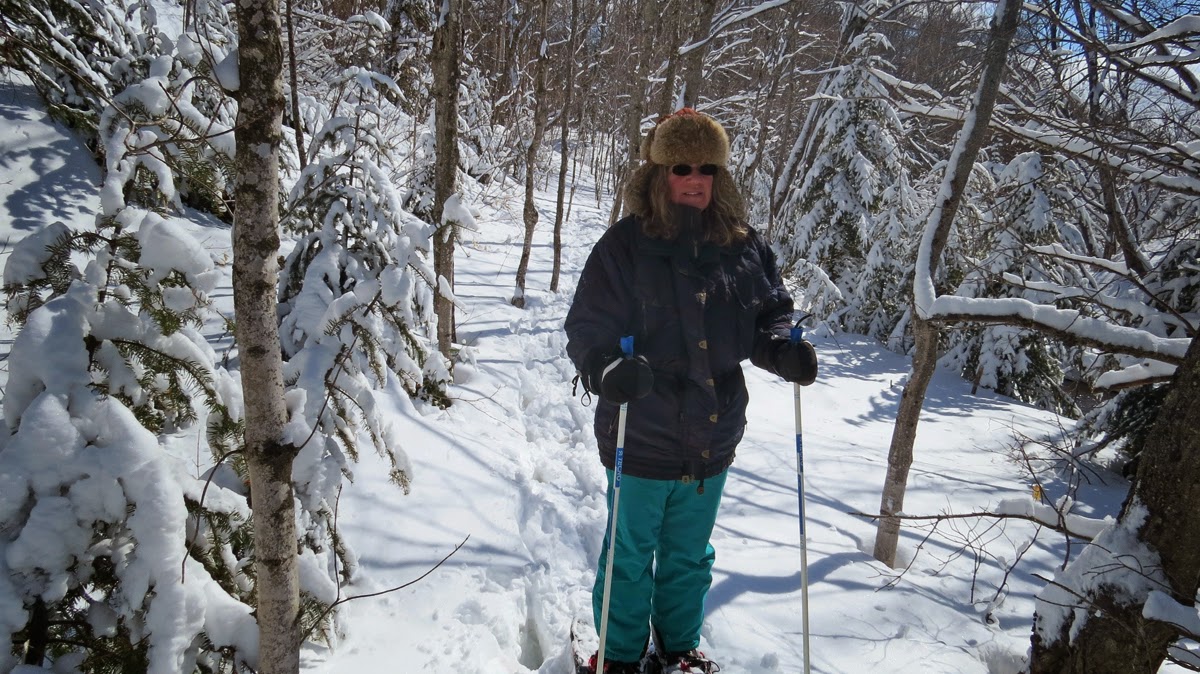 Going across the foot bridge was a challenge.  There was a very brittle ledge of snow that was two to three feet tall, threatening to collapse with each step. 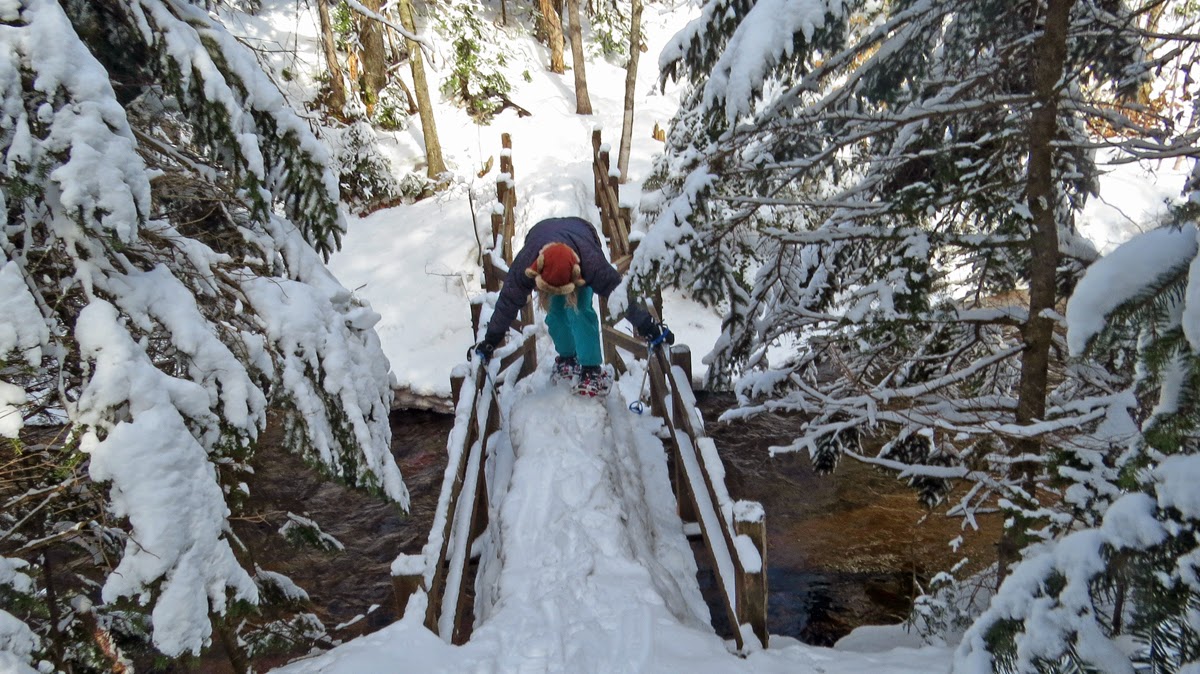 By the time we got into the dunes we were both spent.  I didn't take a picture of our picnic.  We just rested and snacked for around 45 minutes before we headed back.  We took the ski trail on the return trek, which was a whole lot easier. 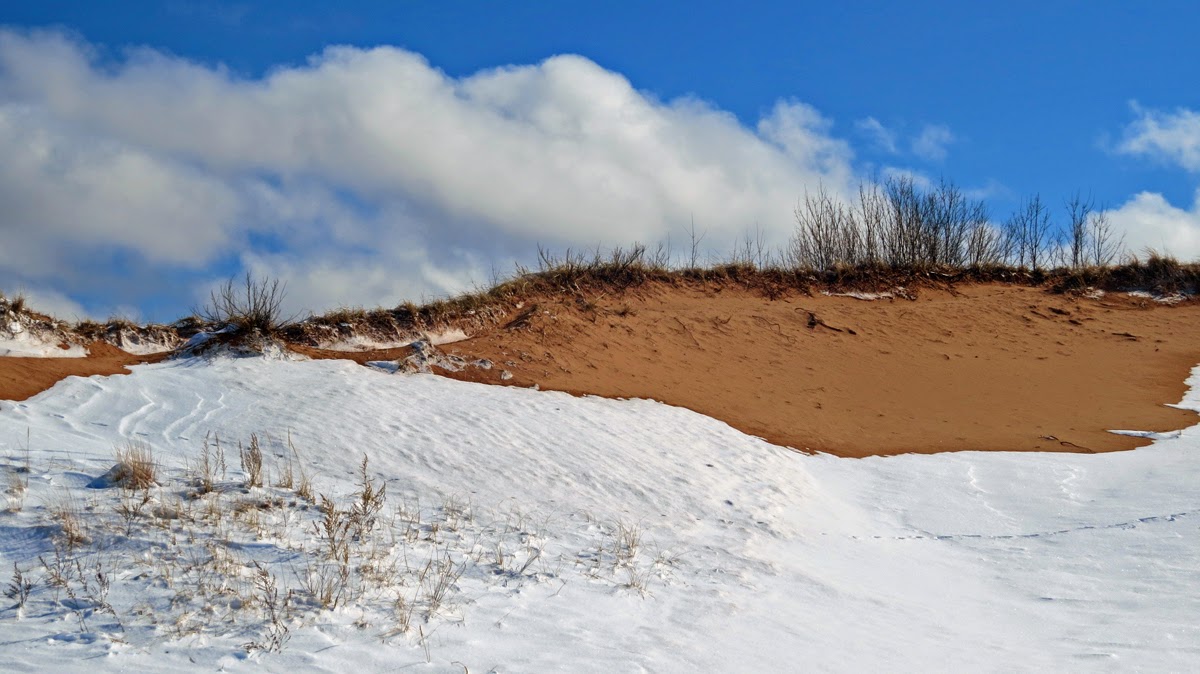 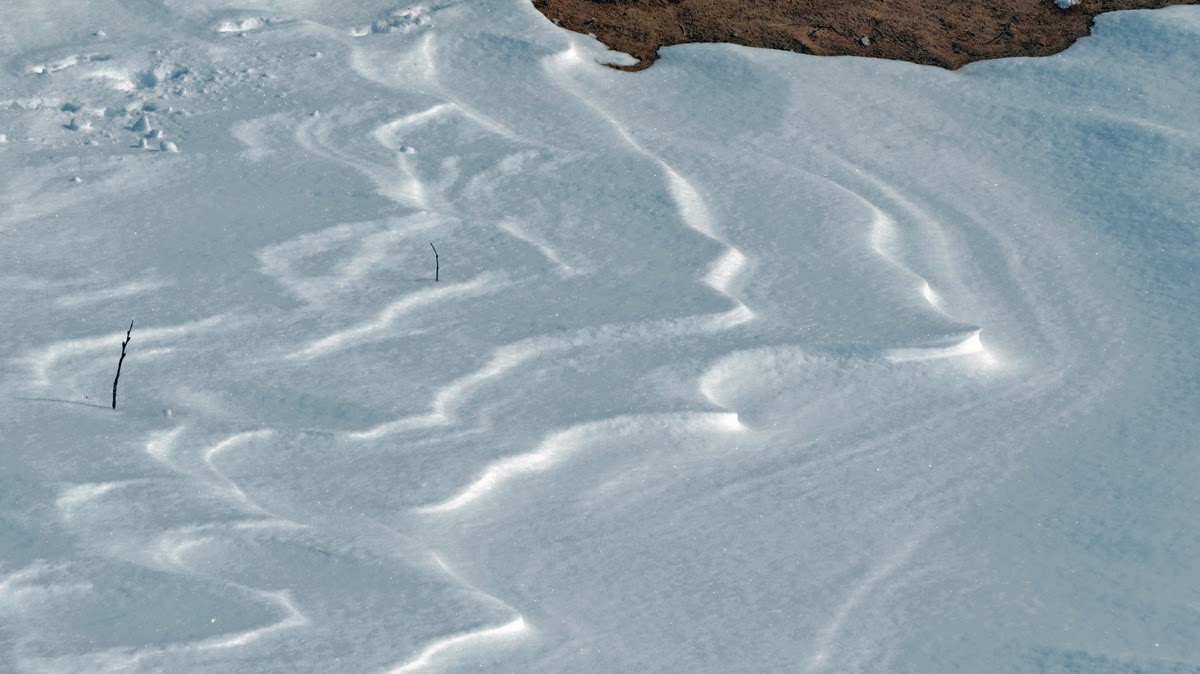 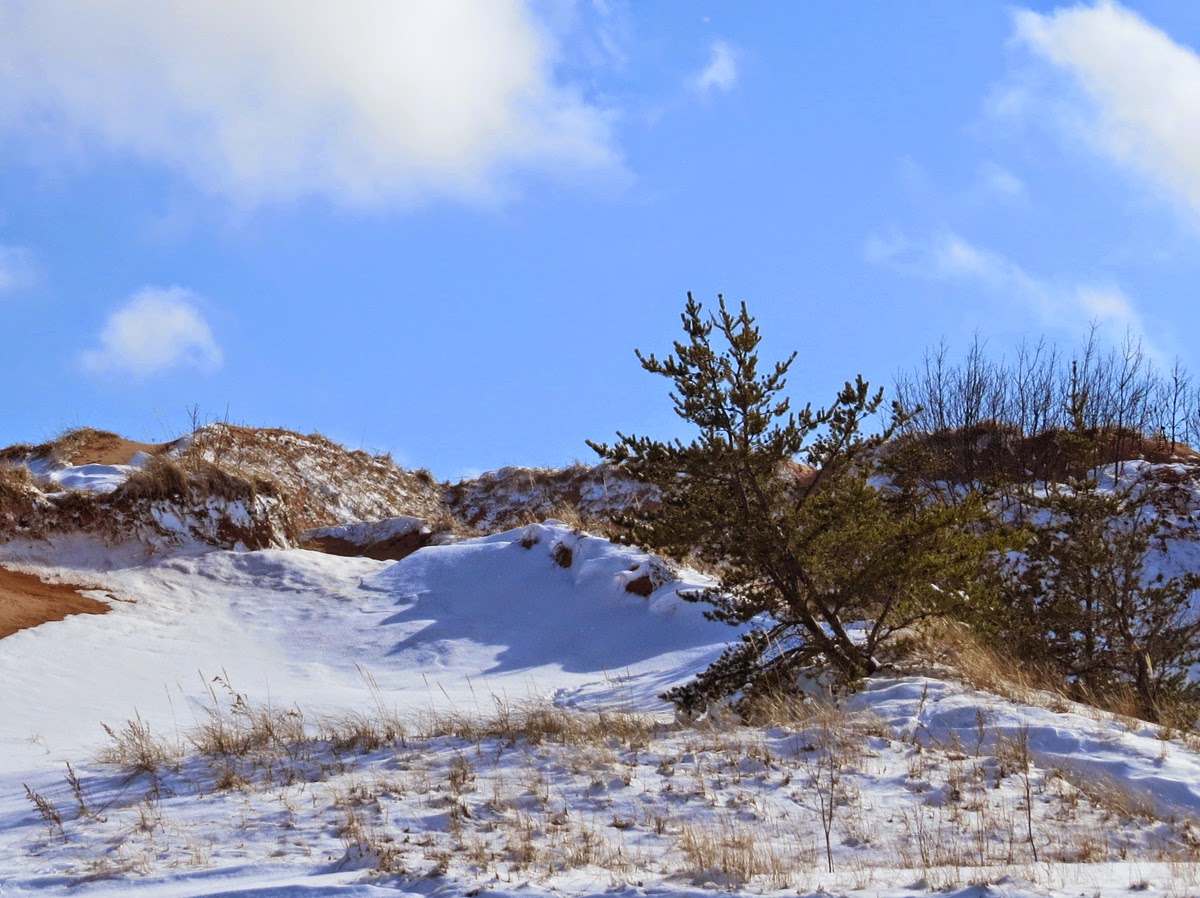 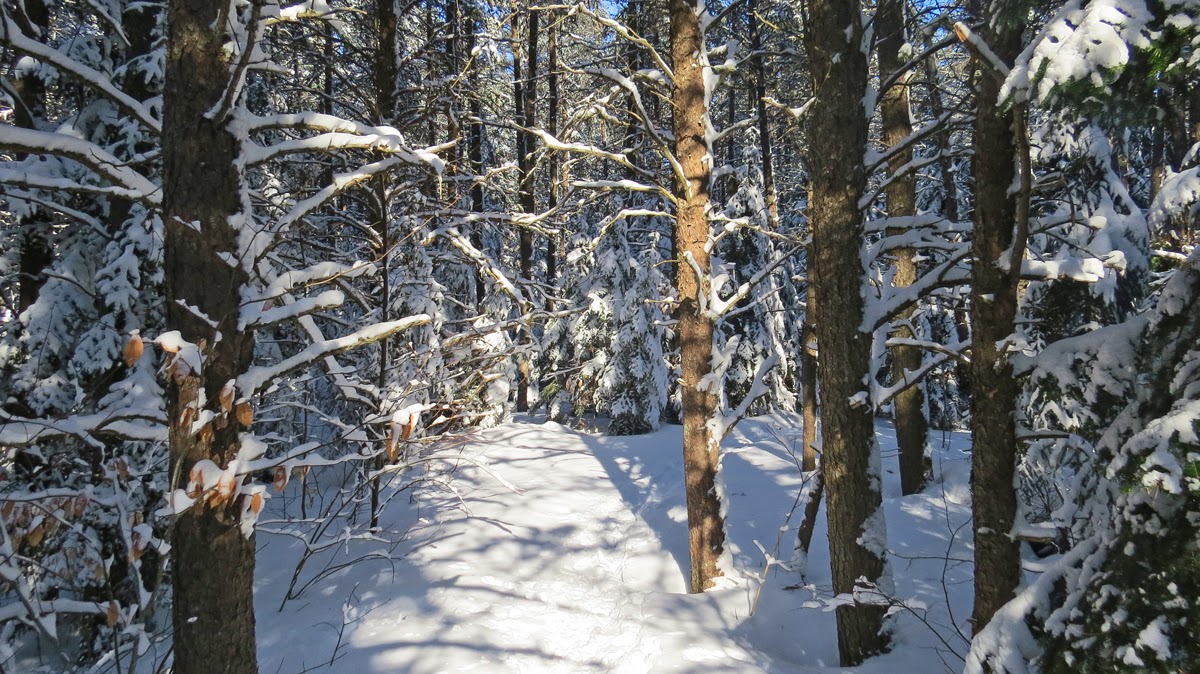 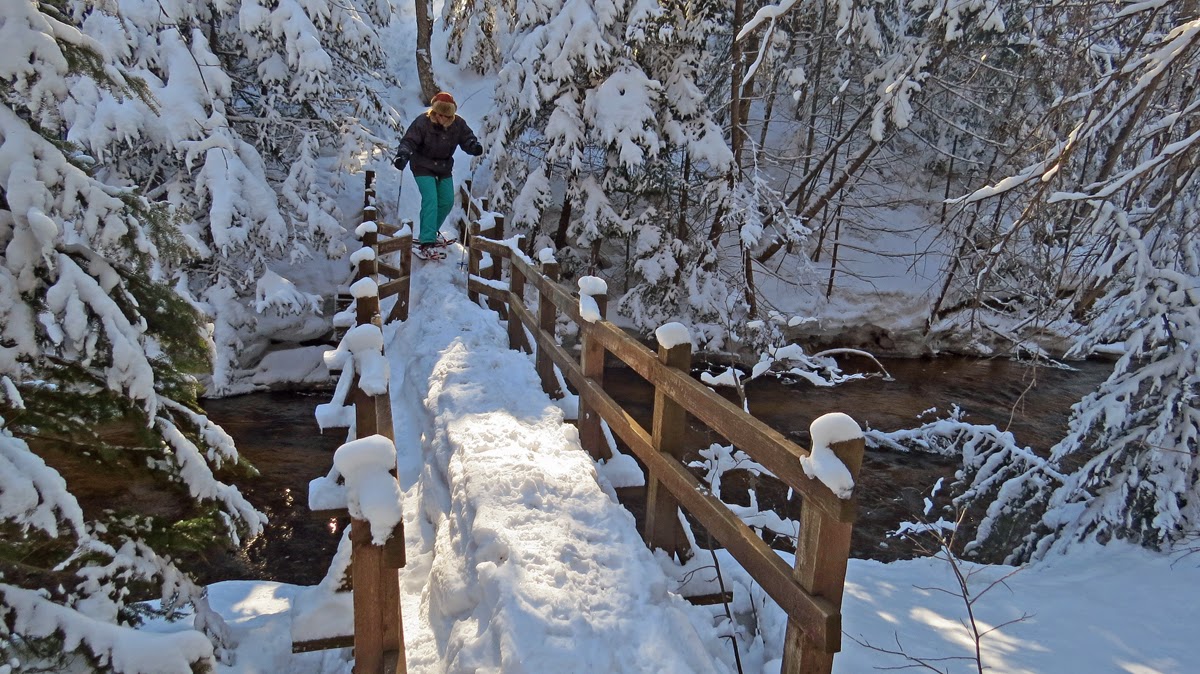