Yes, I said hike.  Actually it was more like a snowshoe without snowshoes.  Jamey's son and girlfriend, Ryan and Madison, joined us for the adventure.  Since we were short a pair of snowshoes, we decided to all walk down the road located on the far side of Sable Lake.

It is hard to tell, but we were walking on four feet of snow.  We tried to stay on top of the snowmobile tracks. 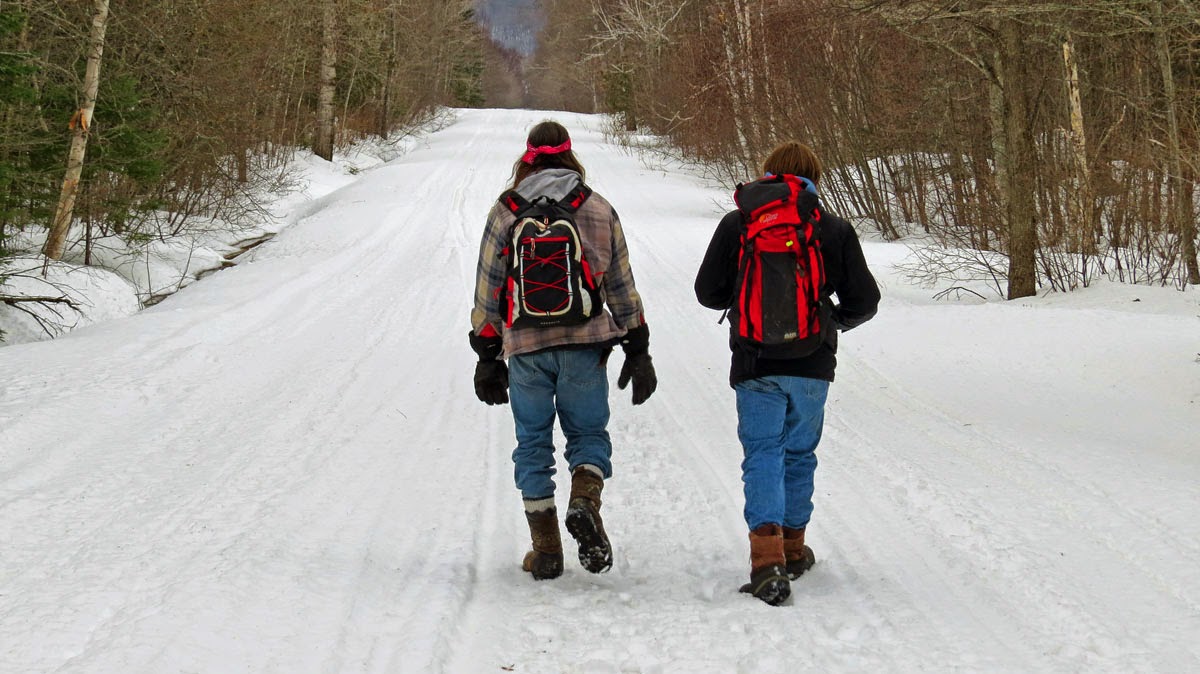 Ice formation in the creek along side the road. 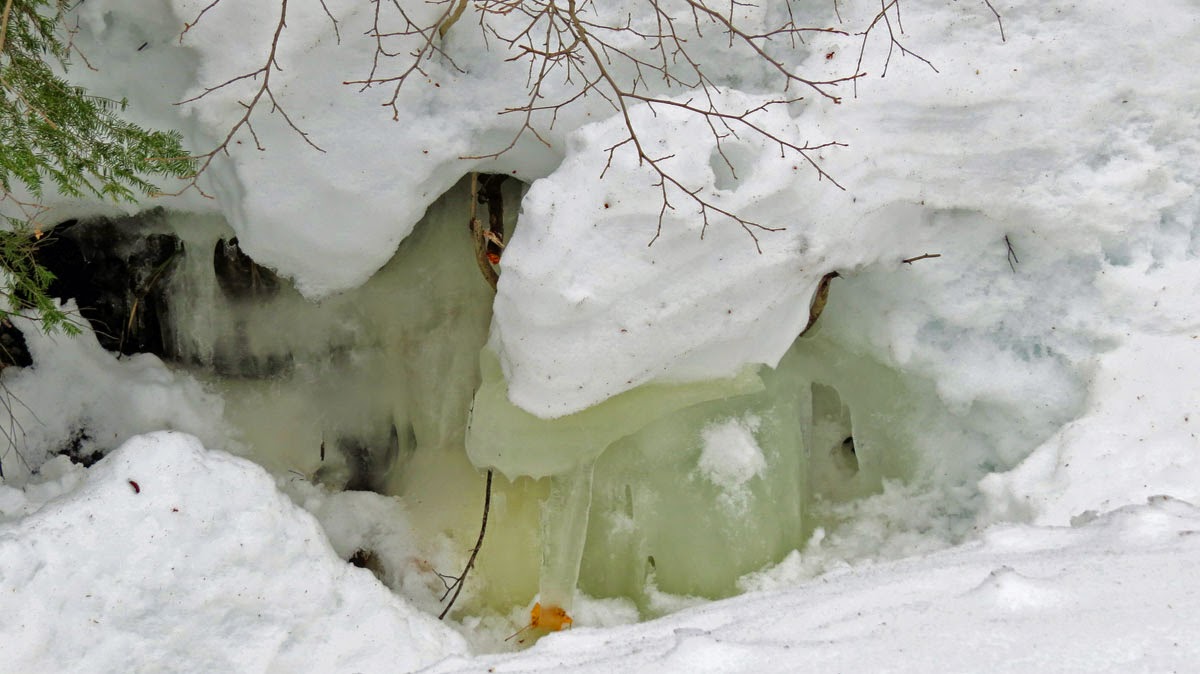 Even though we stayed on top most of the time, every once in a while we had to post hole it.  I must admit that it was disconcerting and you had to be careful always expecting to break through.  I thought it would strain my back, but actually I think it stretched out my tight back muscles. 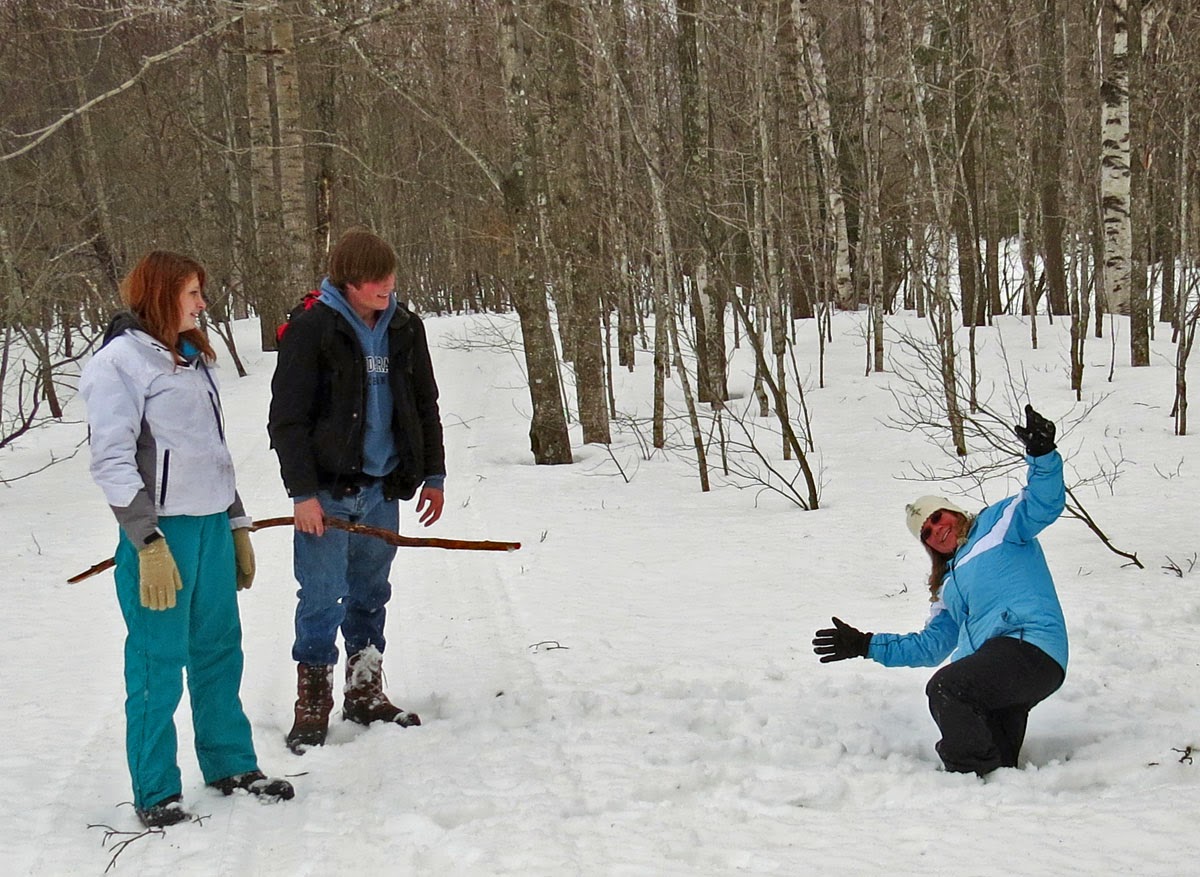 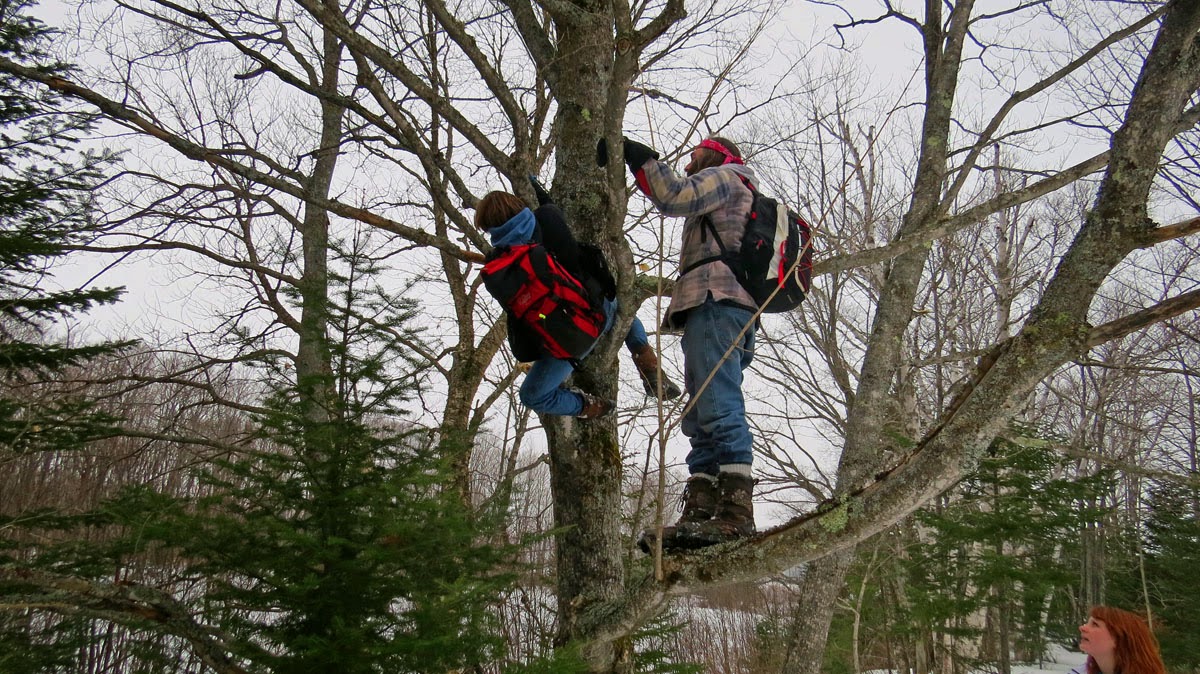 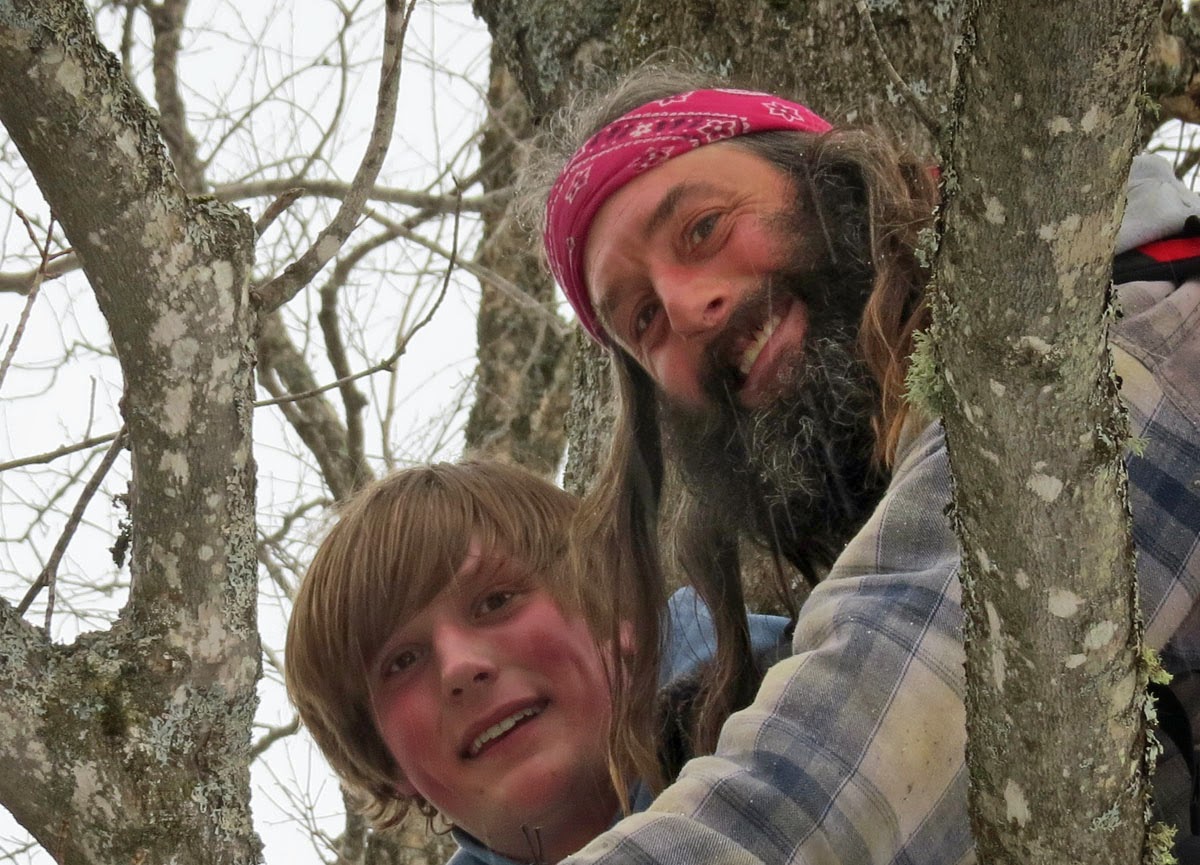 Once we got to Sable Lake, we tucked in along the shore and had a fire with picnic lunch. 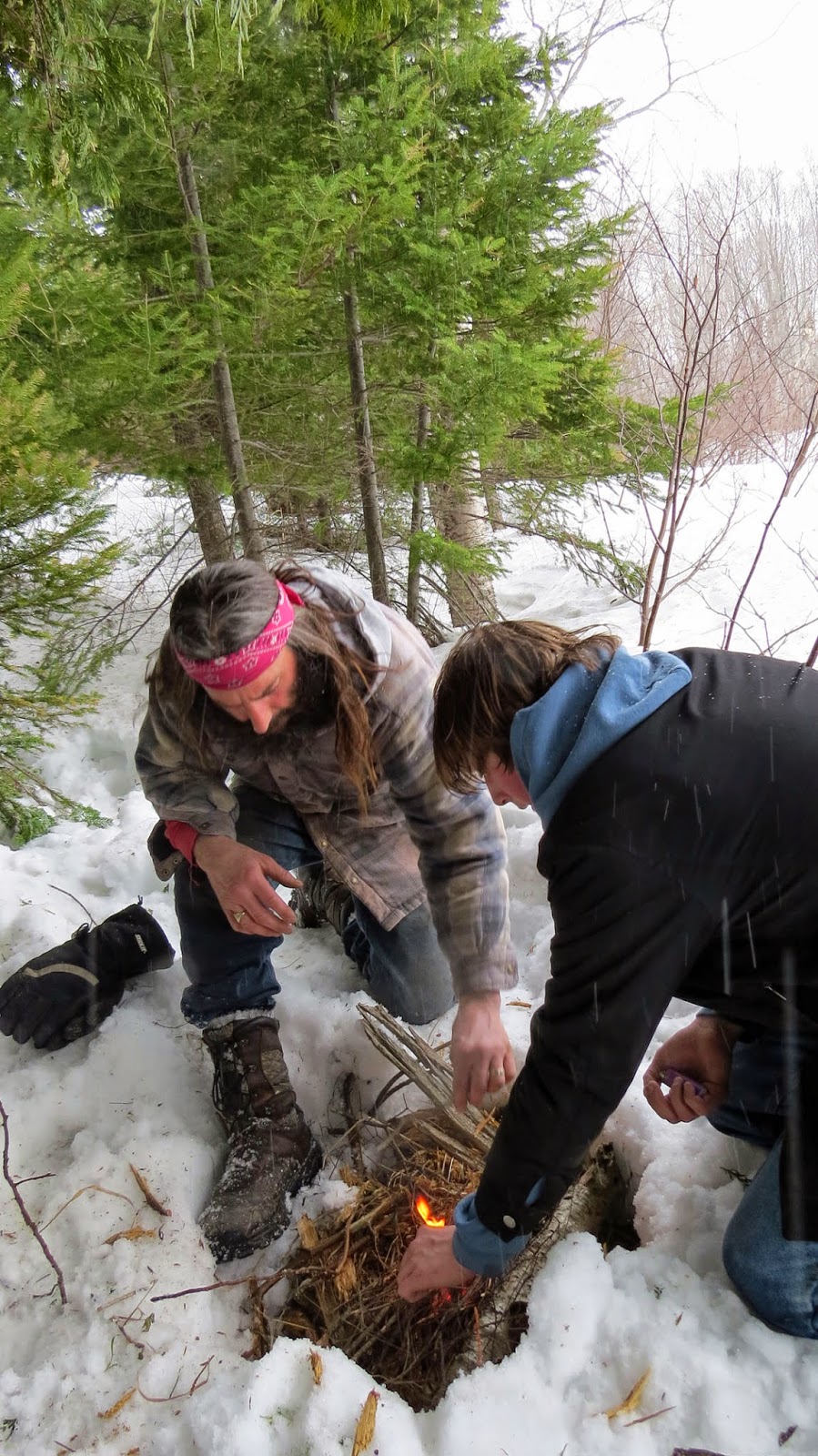 It was snowing, sleeting, and even raining a bit. 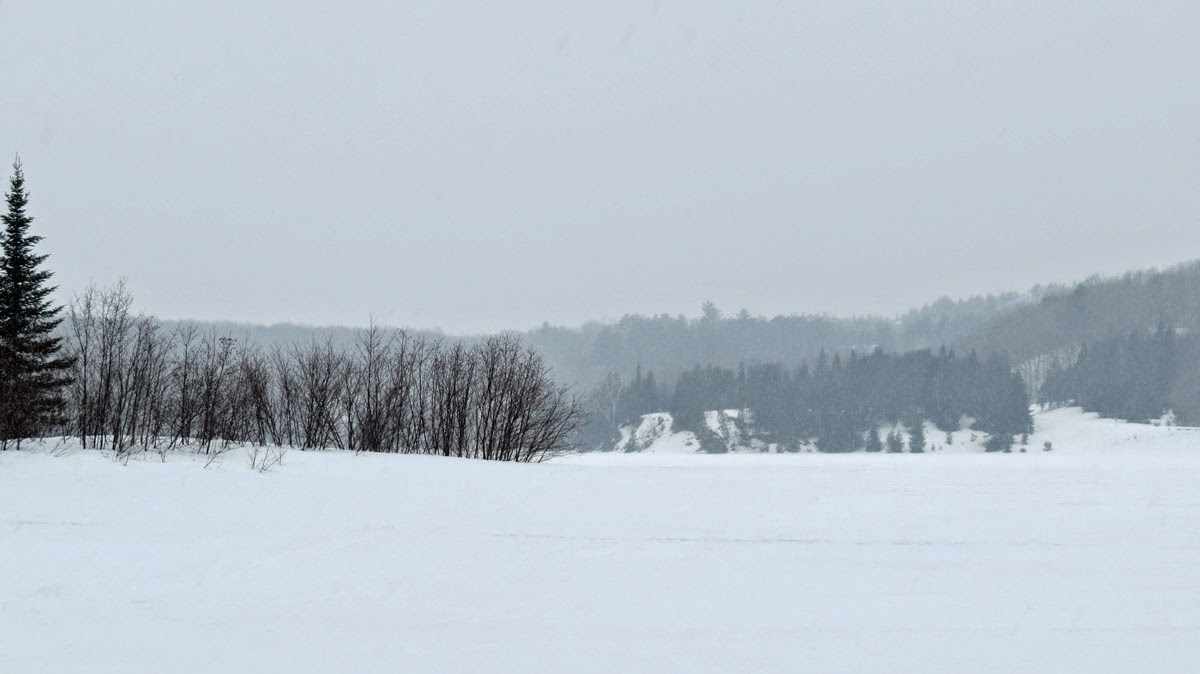 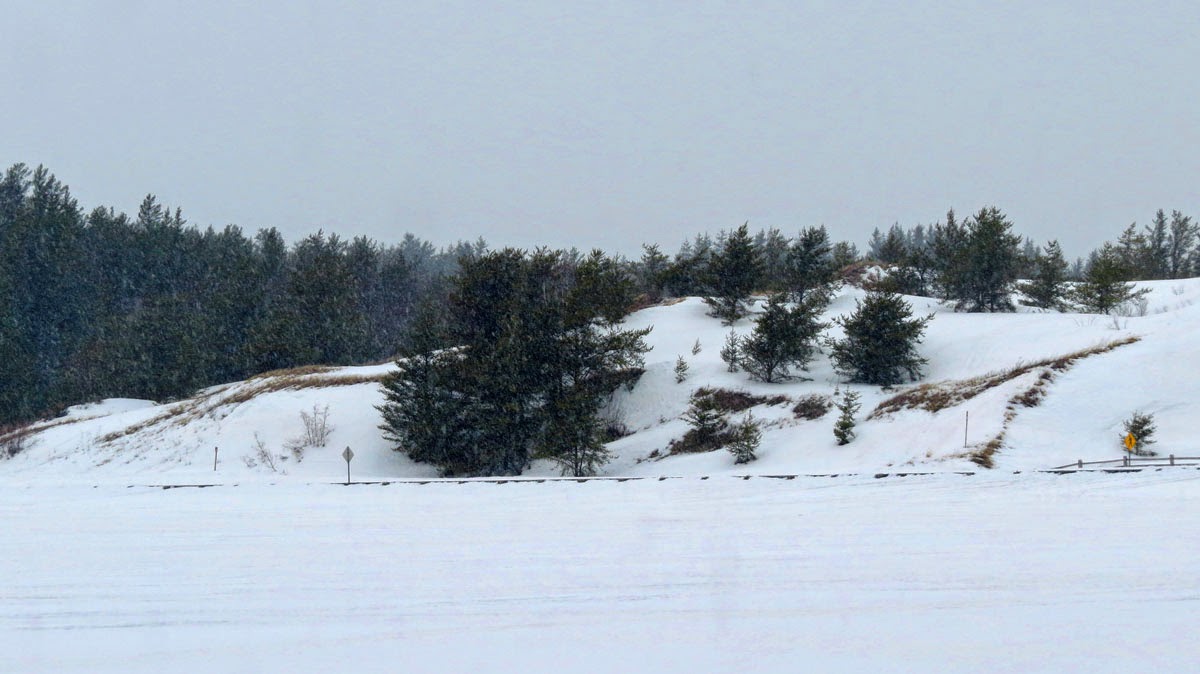 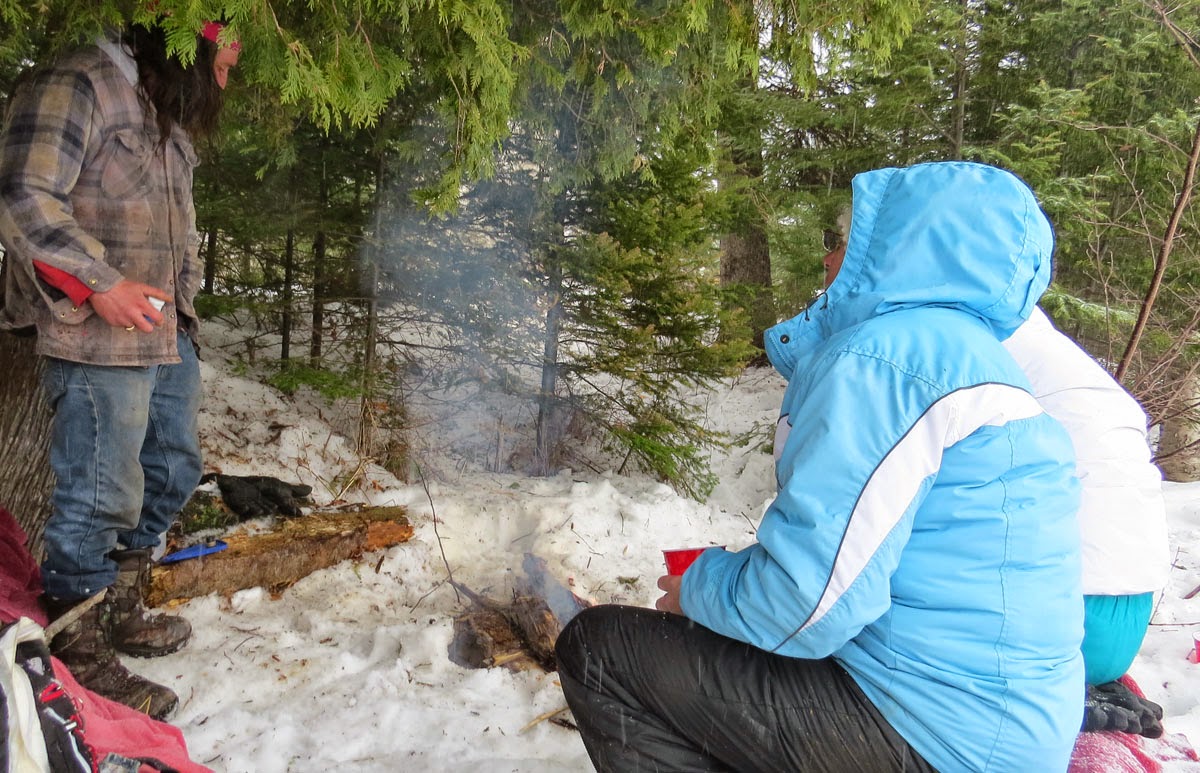 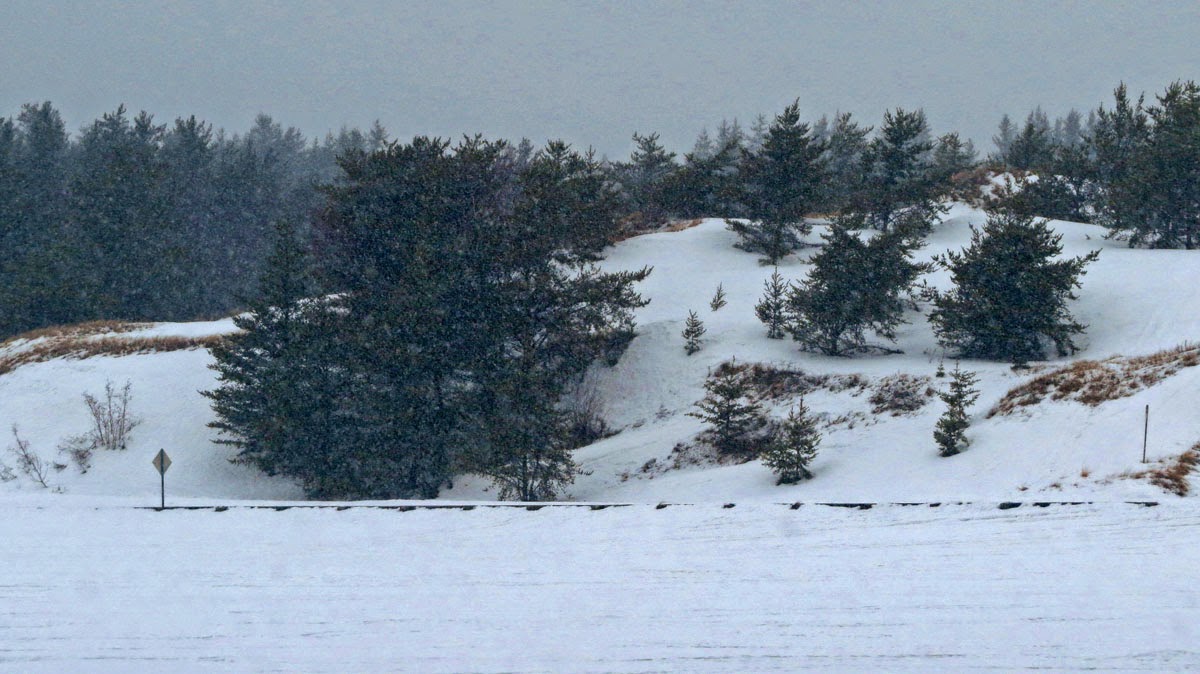 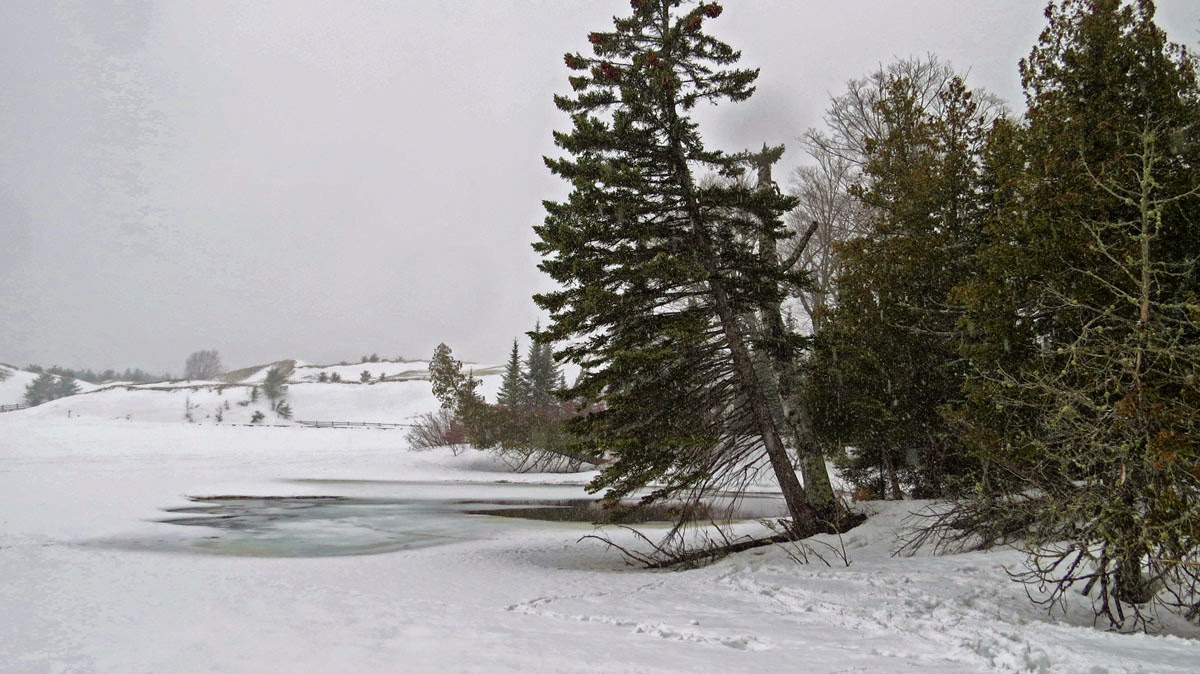 After an hour or so we headed back down the road. 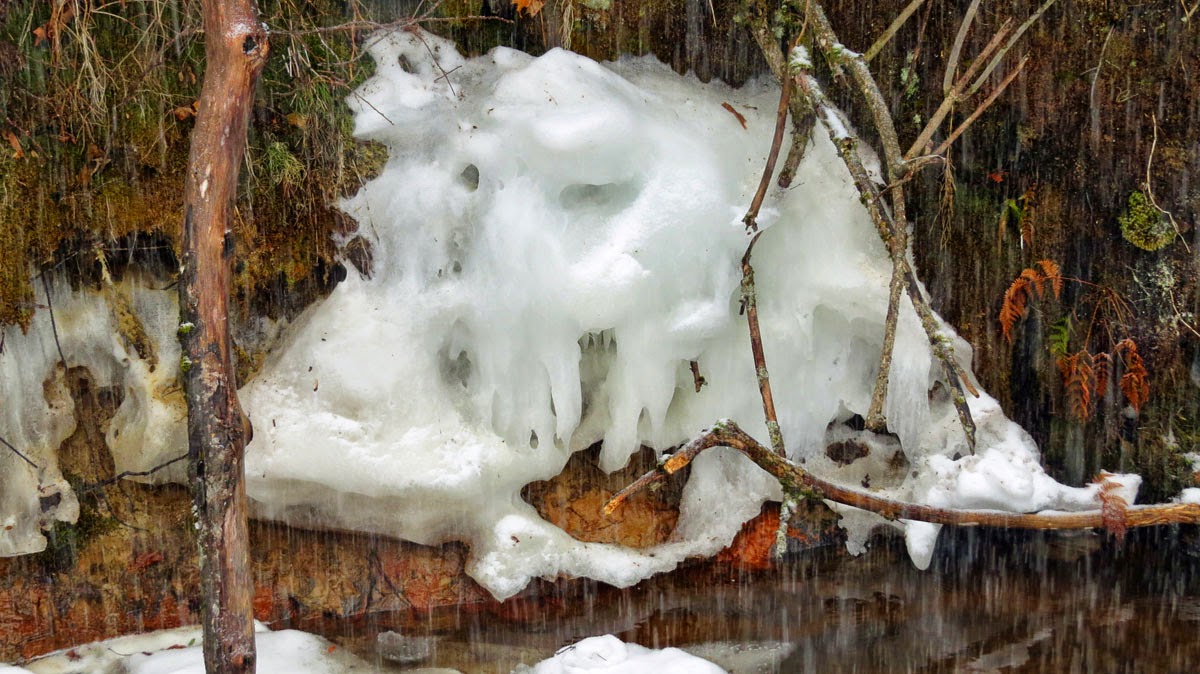 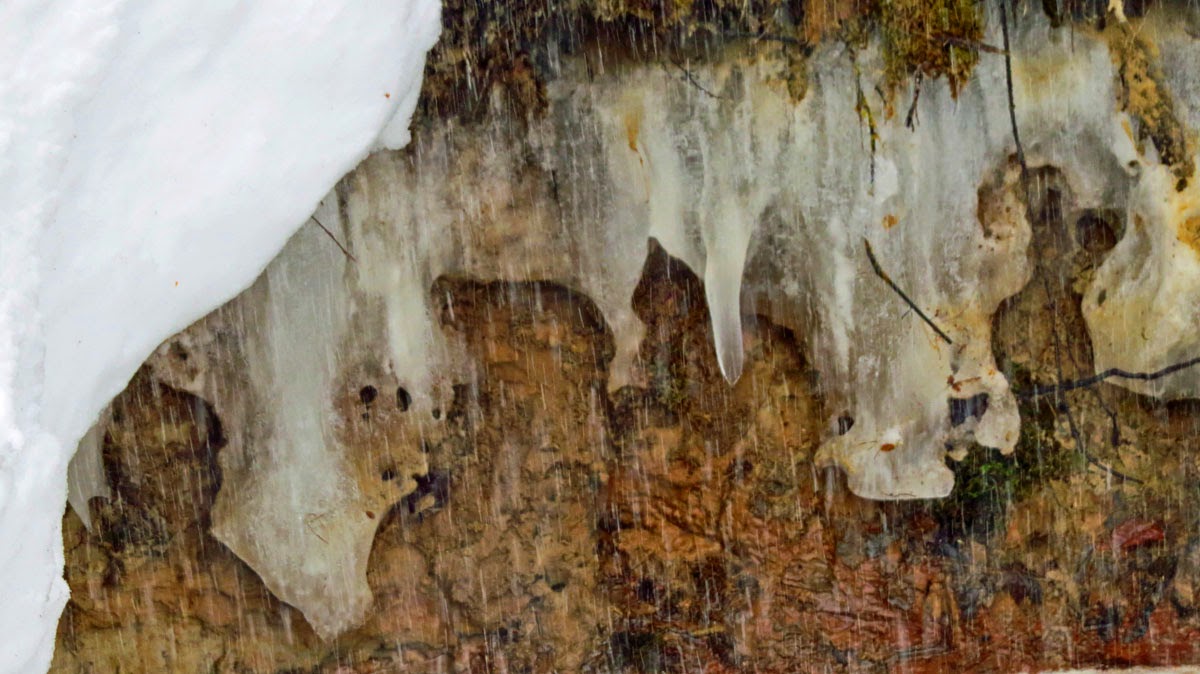 Then we took the dogs for a walk.  First, Ryan with Nora and Bear. 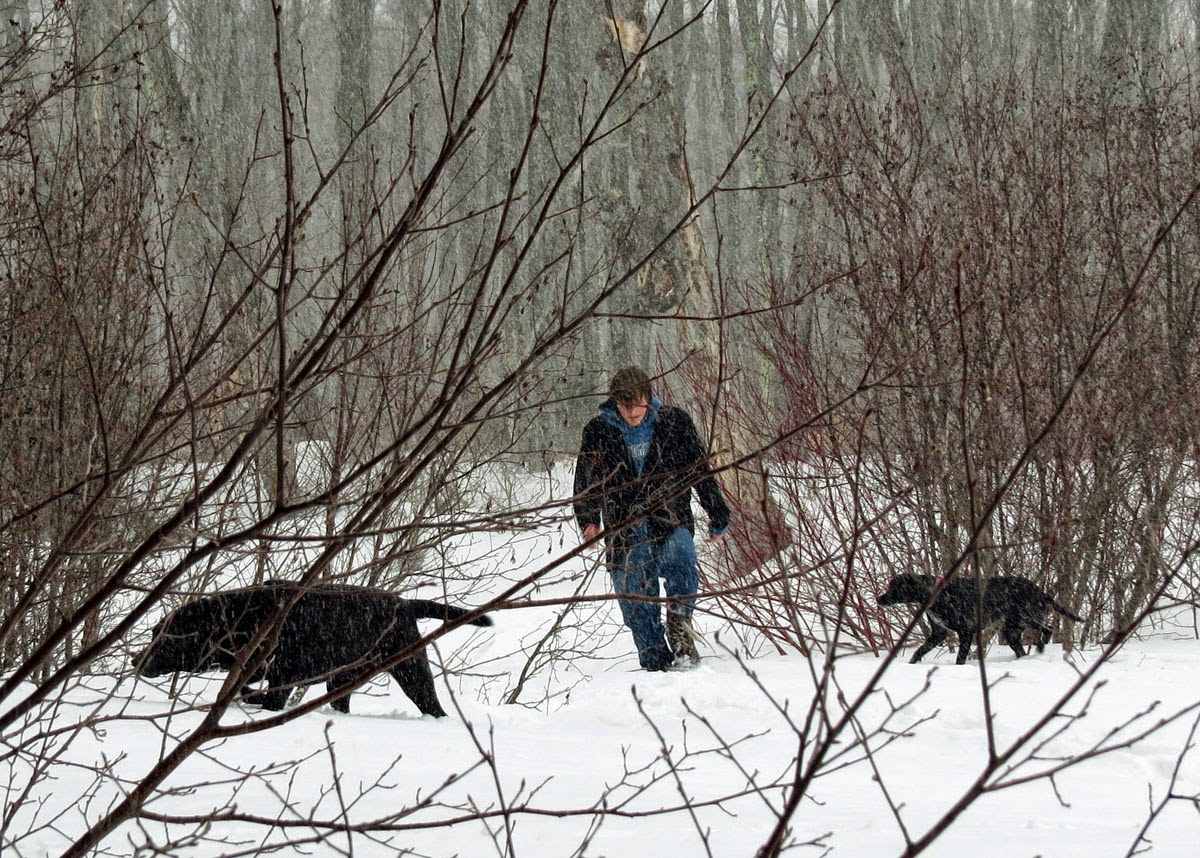 Nora does not let the deep snow stop her. 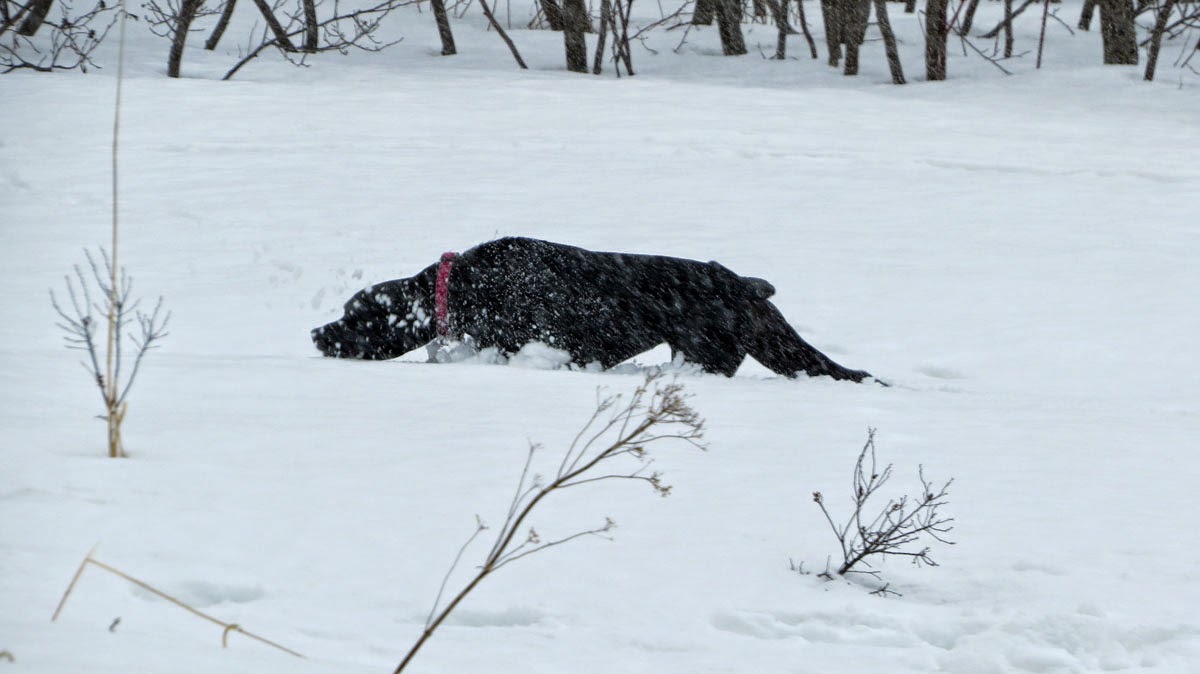 Finally we headed back to the Agate Cross Bed and Breakfast for a venison stew dinner.  Here is a snowy view of Grand Marais bay from Jamey and Lois's house. 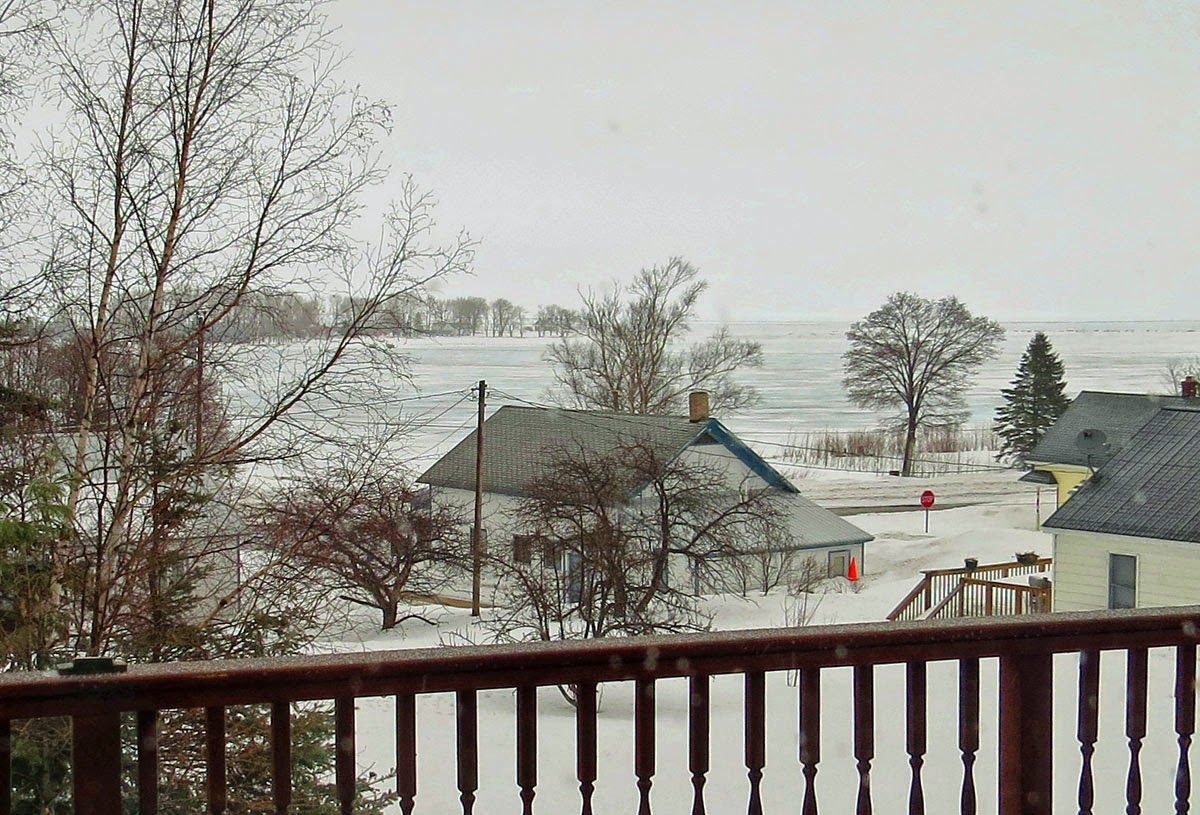 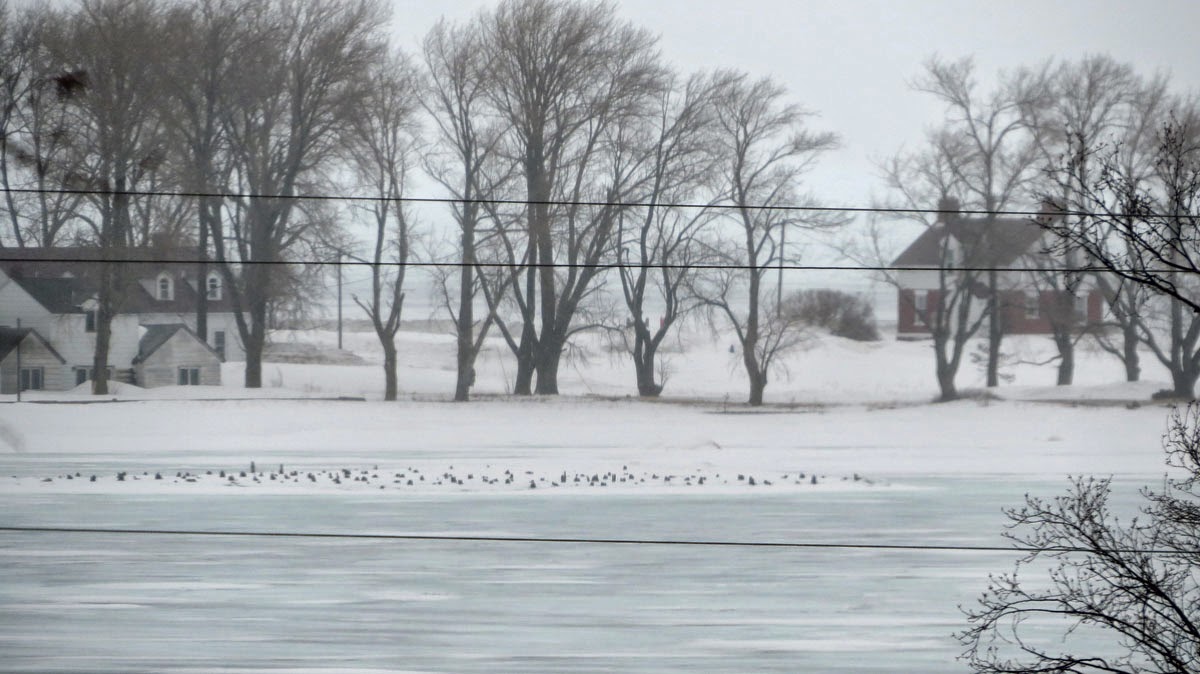