For Thanksgiving I travelled to Baraga, MI to spend time with my son and his wife, Kevin and Jericho.  Thanks to Jericho's relatives who allowed me to tag along.  Here are a few photos of Keweenaw Bay. 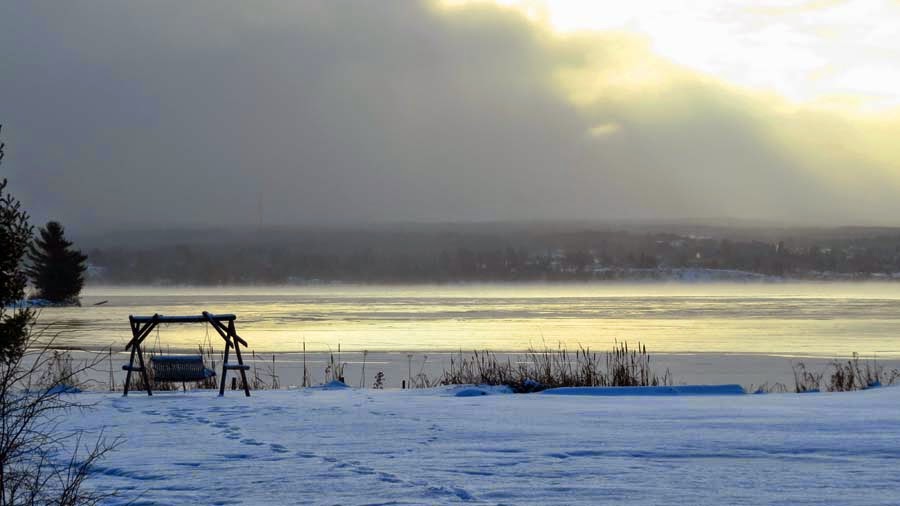 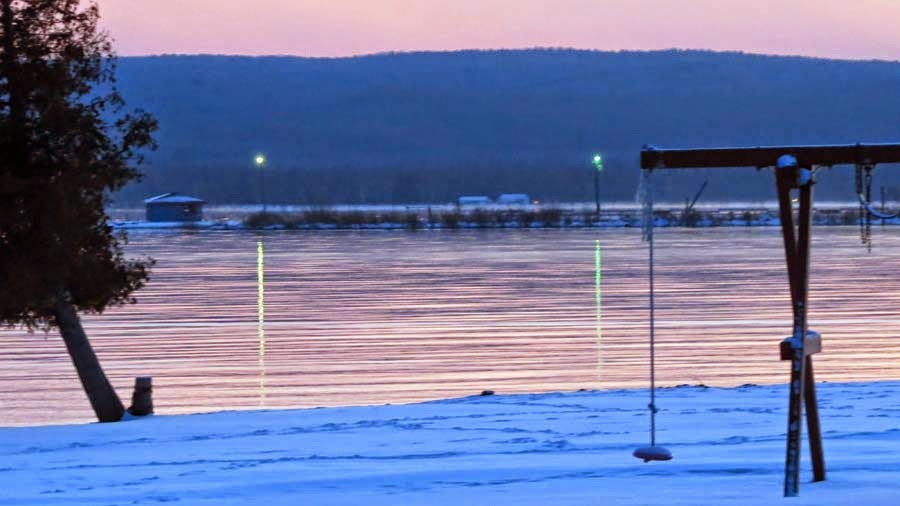 Before our long adventure, Kevin and I took an hour hike along the bay. 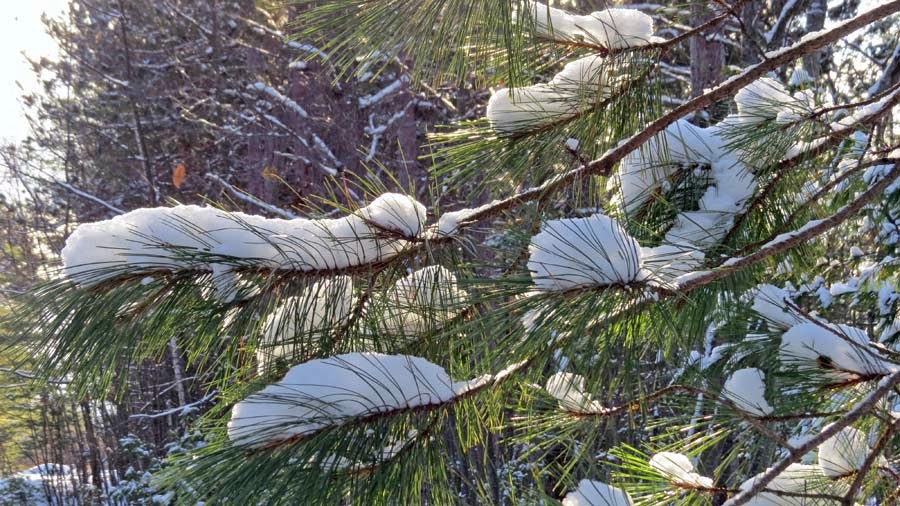 We were amazed at the high level of Lake Superior.  The two photos below show a boardwalk that is flooded due to the high lake level. 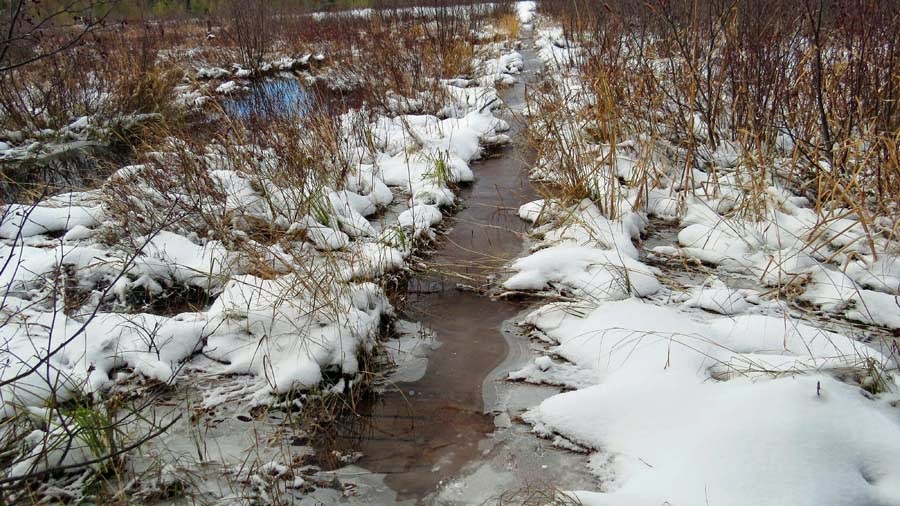 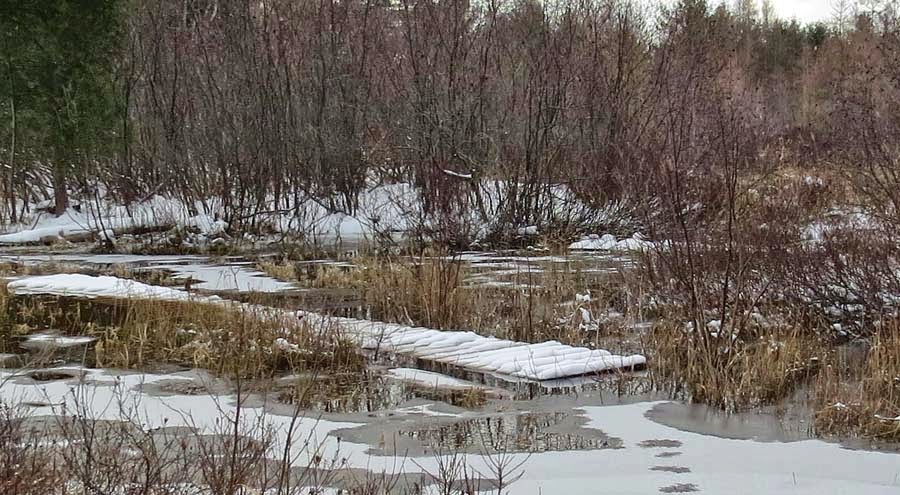 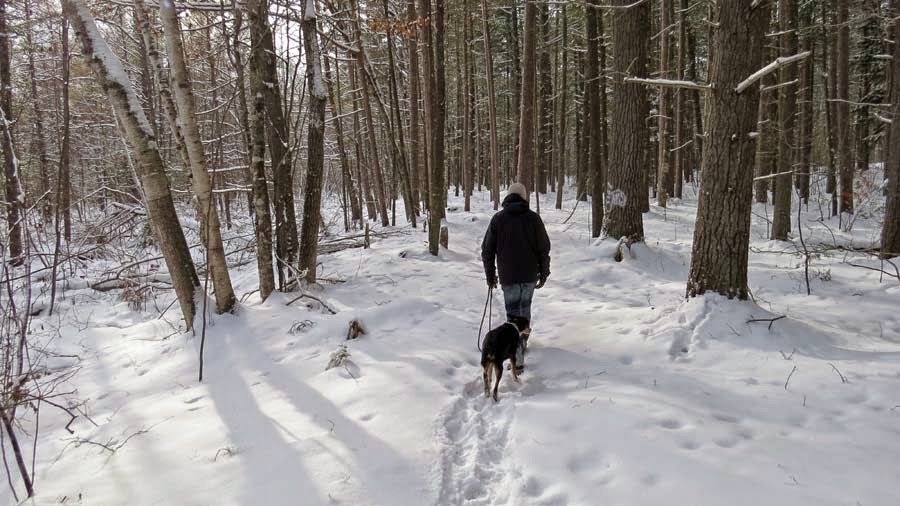 Then Kevin and I headed west of Baraga around a half hour to investigate Limestone Mountain.  This geologic formation has been studied since the 1840s.  It is a complex mound with Paleozoic rock that exists no where else in the Upper Peninsula.  The nearest rock of the same type occurs hundreds of miles to the southeast on Beaver Island.  There are several theories about how this mound formed including various geologic causes to Kimberly pipe influence, meteor impact, and others.  I think it is terrific that after more than 160 years of study -- the scientists don't know how the mound formed.

Limestone Mountain can be seen in the photo below. 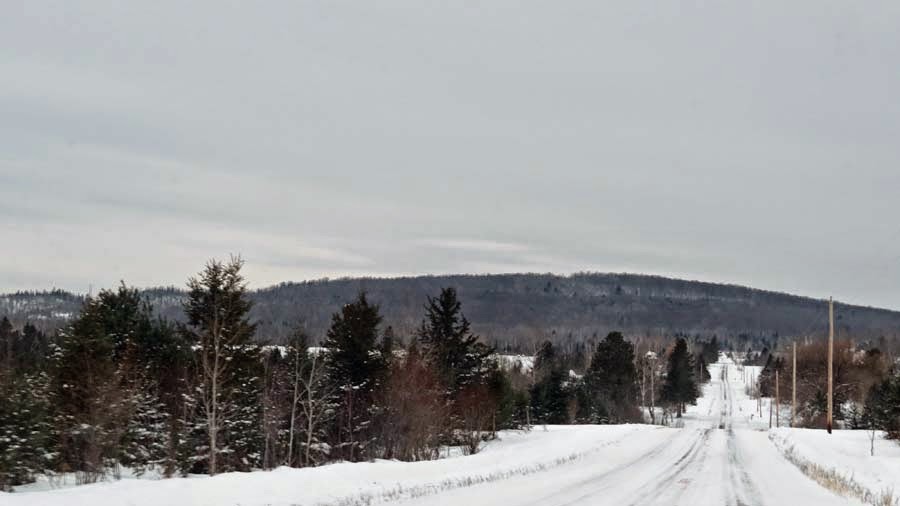 Kevin wore his back country skies.  I wore snowshoes.  We all wore hunter's orange, including Kevin's dog, Quincy -- just in case. 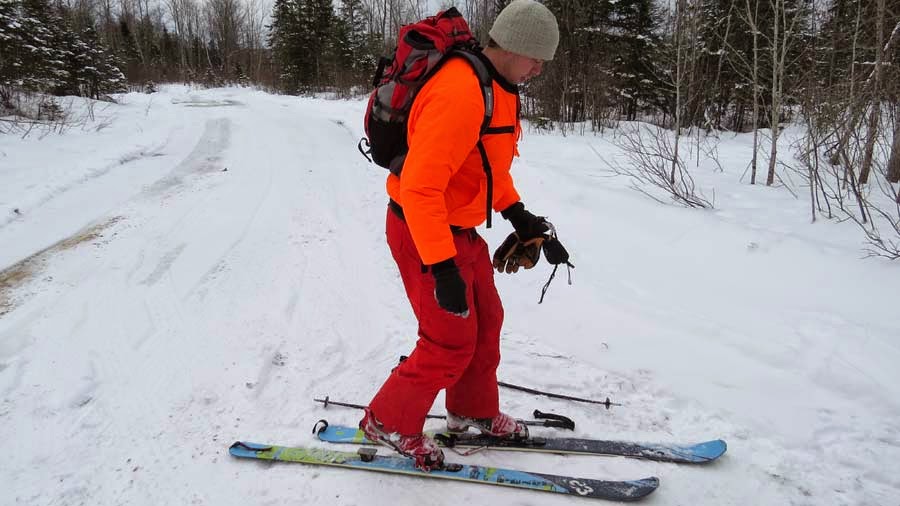 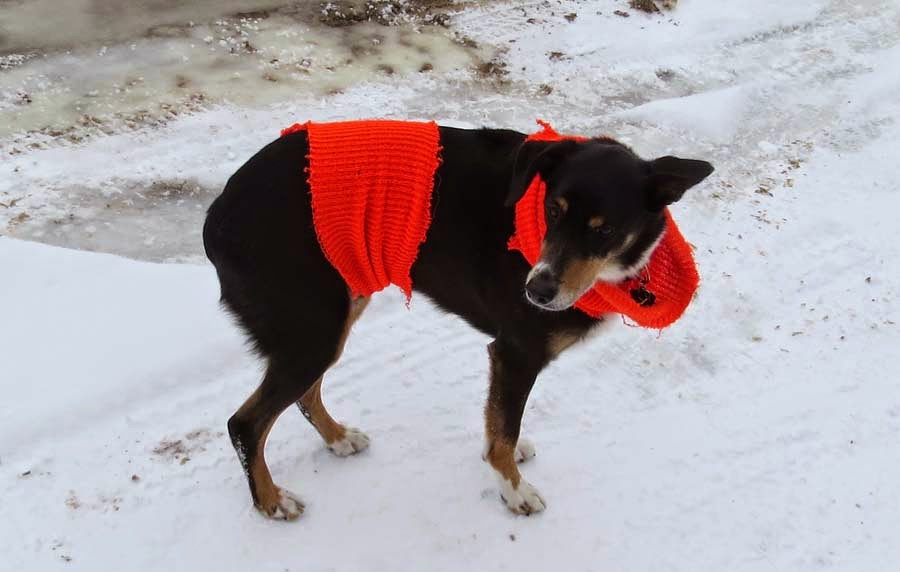 On some of the sides of the mound there are sheer escarpments. 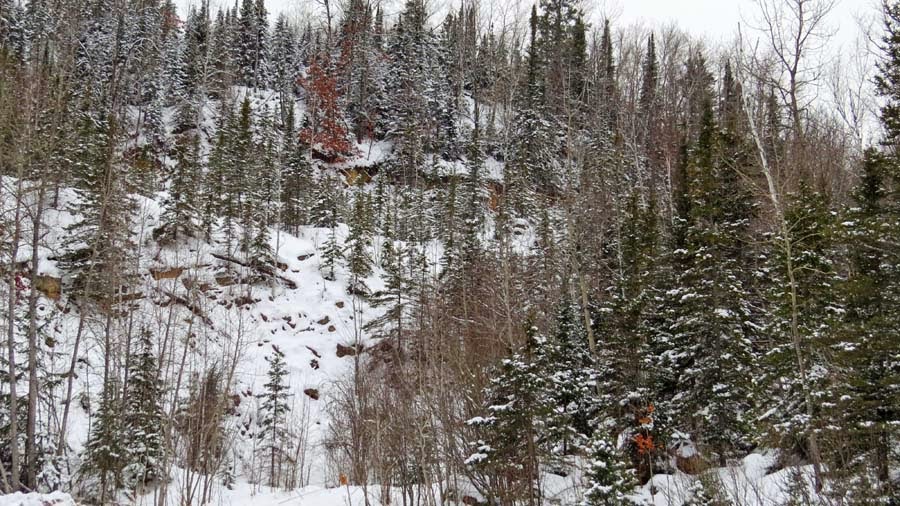 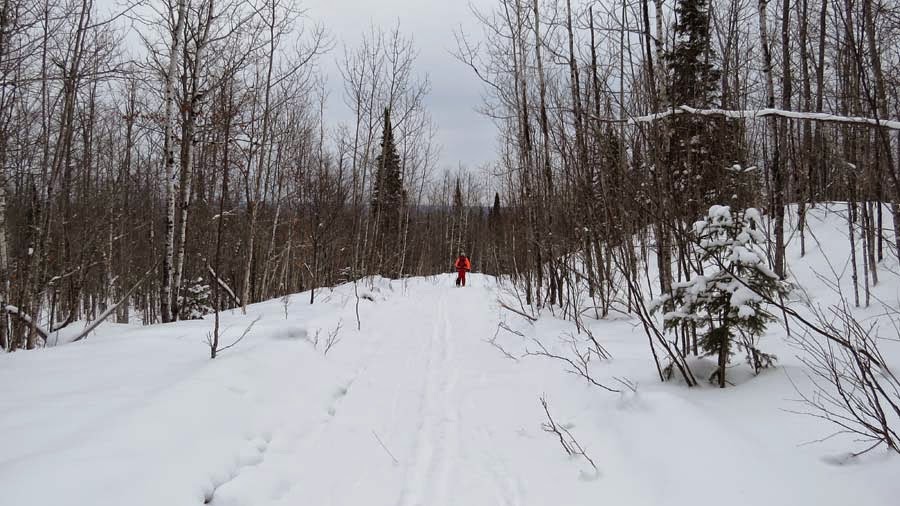 Our goal was to find the old ski hill that has not been open since the 1960s.  When we found some of the rope-tow poles, we knew we found the right spot. 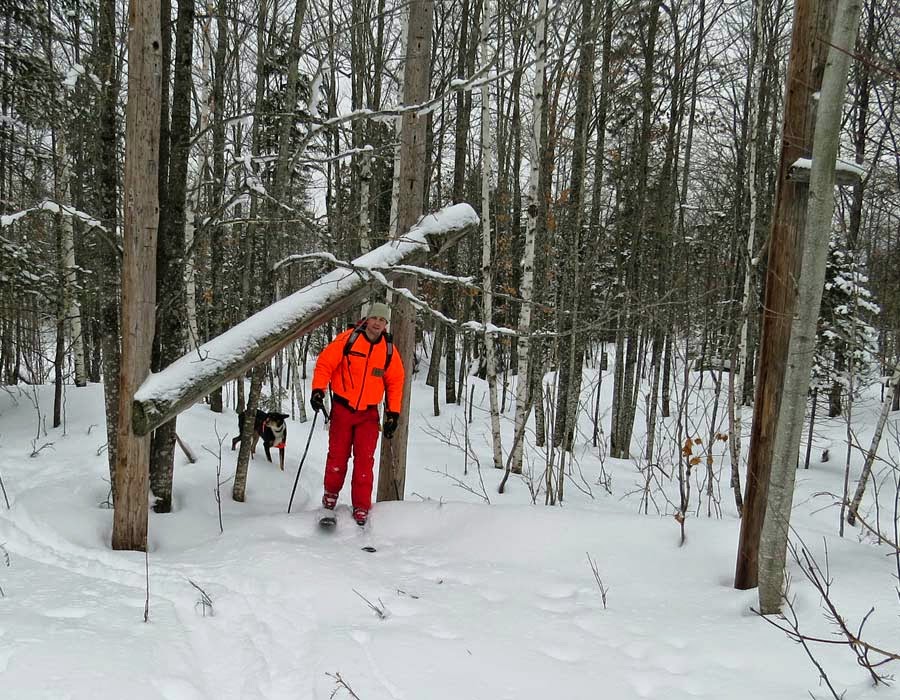 We were surprised that the ski hill was still fairly open.  Of course, Kevin (who is an expert skier) had to ski down... 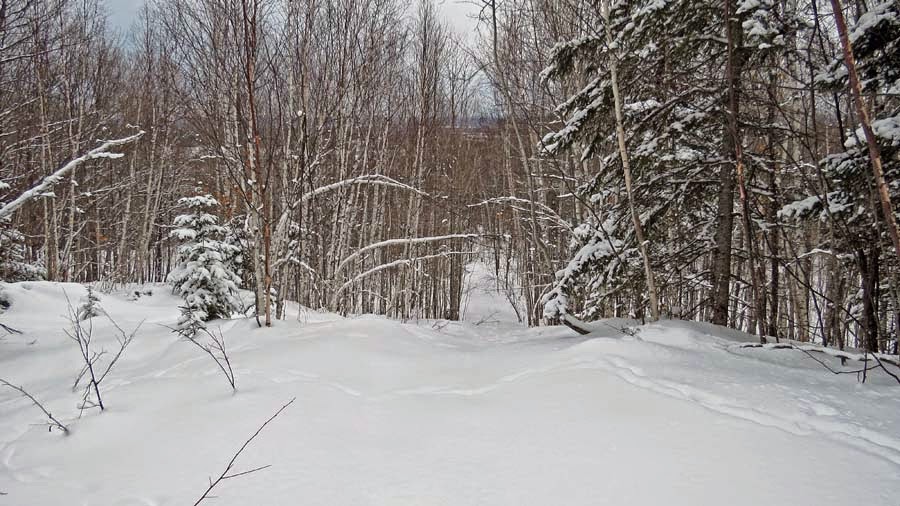 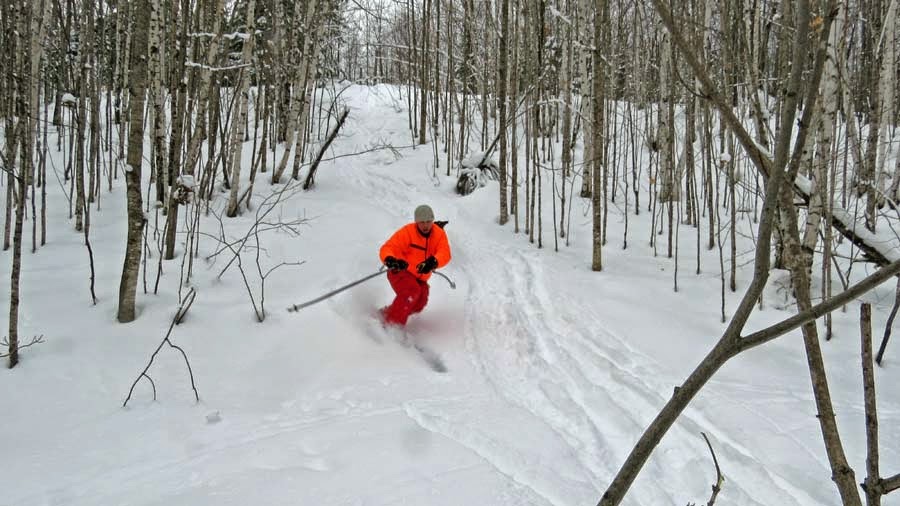 To repeat the hill, he had to climb back up. 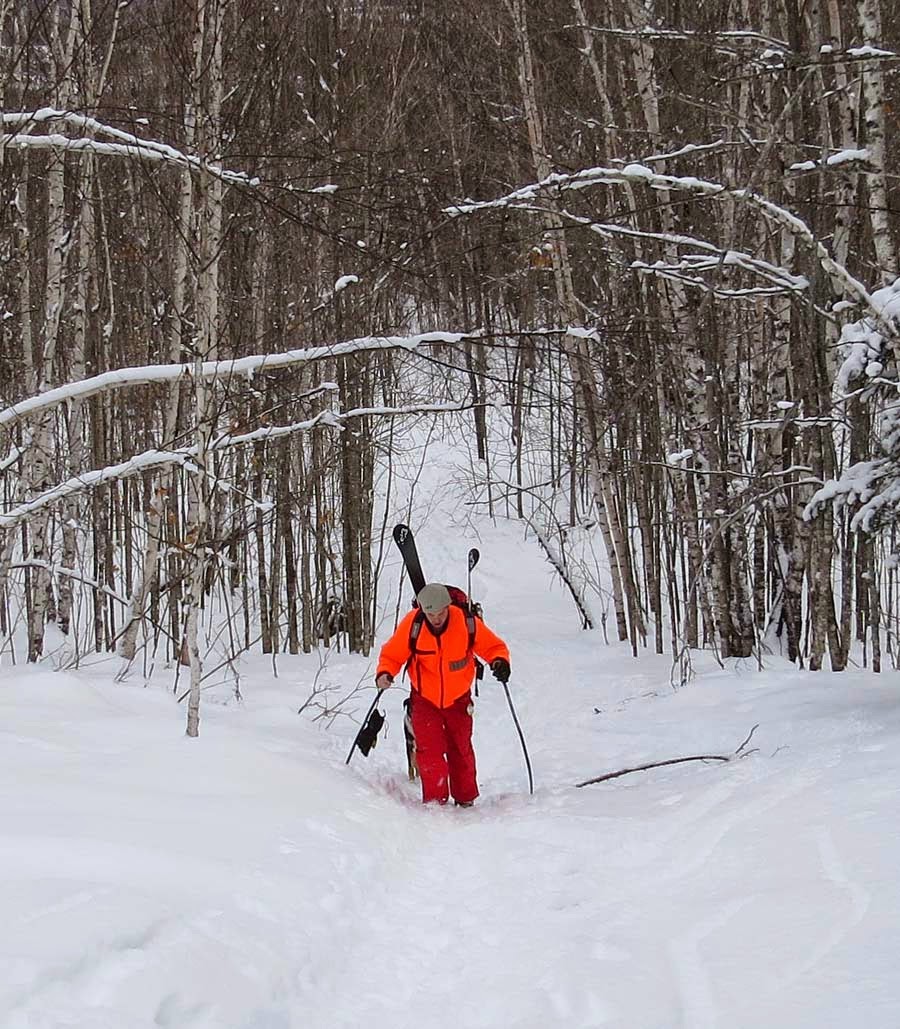 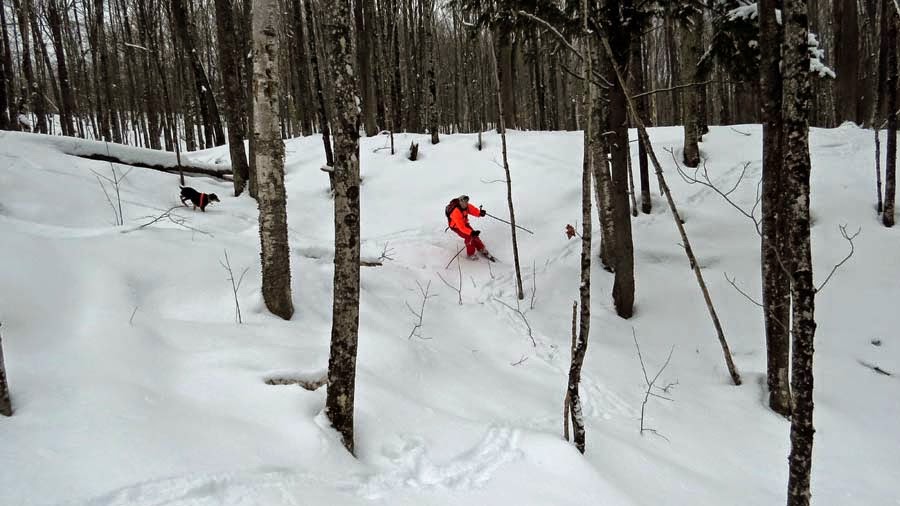 Then on the way back to the car he skied a few of the drainage areas.... 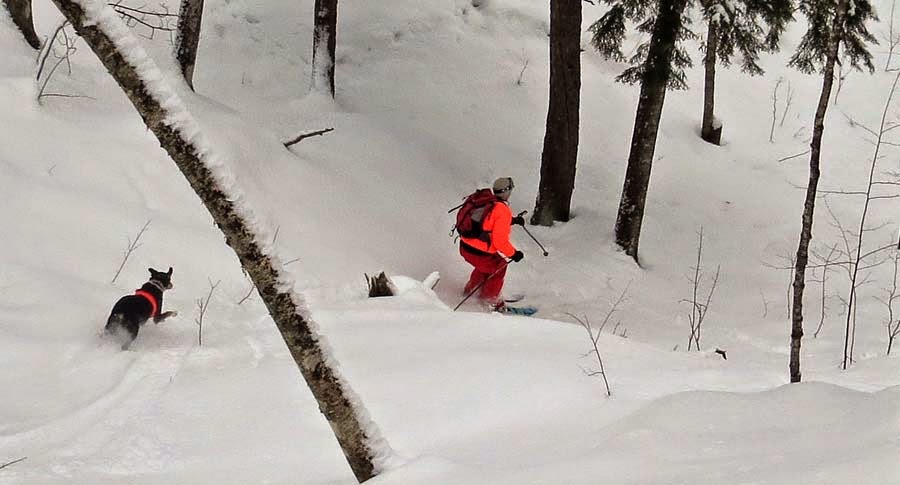 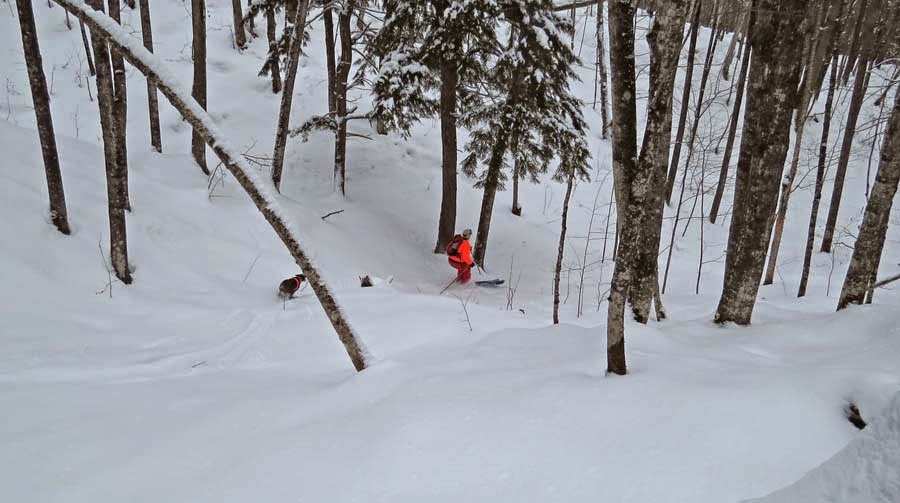 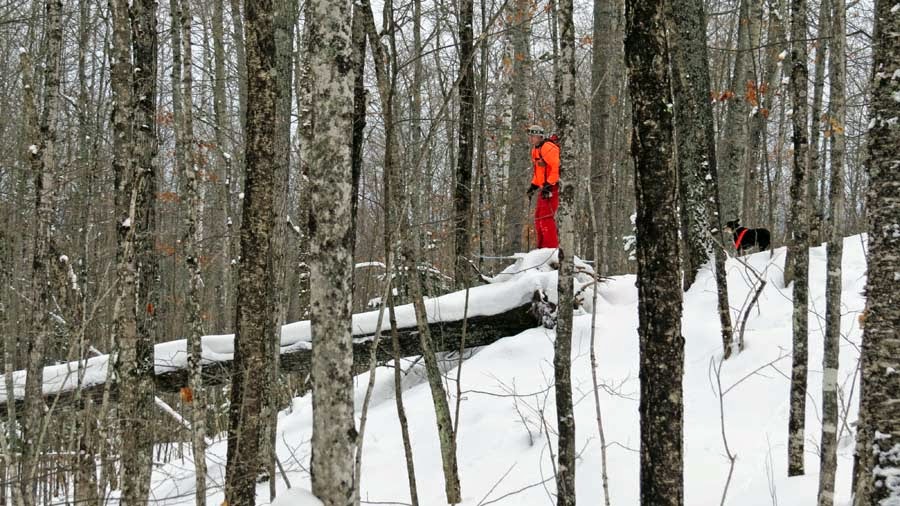 It was an awesome trek.  I would like to go back when there is no snow so I can examine the rock escarpments.  Thanks, Kevin, for a great adventure!
Posted by Karen Brzys at 7:41 AM