For today's blog posting I checked in with NASA's webpage  http://earthobservatory.nasa.gov/ 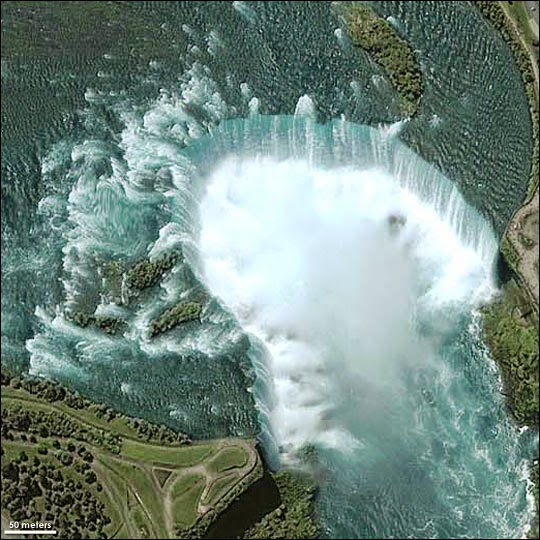 A blue-green veil of water tumbles 51 meters over the rocky precipice of the Niagara Falls in this Ikonos image, acquired on August 2, 2004. Every second, more than two million liters of water plummets over the half-circle of the Canadian/Horseshoe portion of the Niagara Falls, shown here, making it one of the world’s largest waterfalls. The force of the pounding water is sending a cloud of mist up from the bottom of the falls; this same force eats away at the rock behind the falls, pushing them back as much as two meters per year.

Niagara Falls is actually made up of three different falls, the most famous of which are shown in this image. The Niagara River, the narrow strait that connects Lake Erie to Lake Ontario, forks around Goat Island, seen in the lower left corner of the image. The main portion of the river is pushed over the Canadian/Horseshoe Falls, but the diverted water tumbles down American Falls and Bridal Veil Falls farther downstream. All three falls that make up Niagara Falls are visible in the large image. As the names of the individual falls suggest, the river and the falls mark the boundary between the United States and Canada. 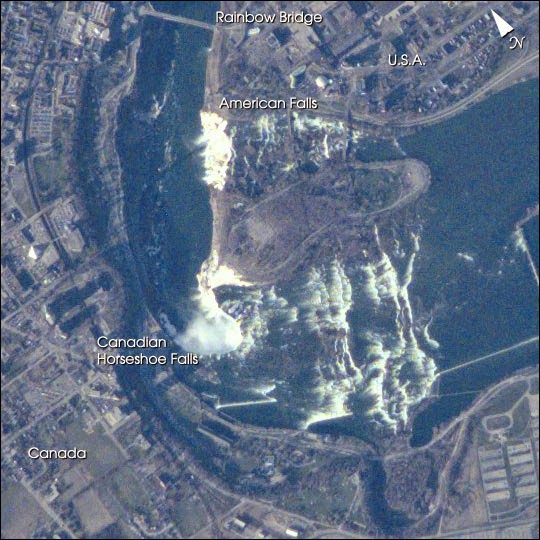 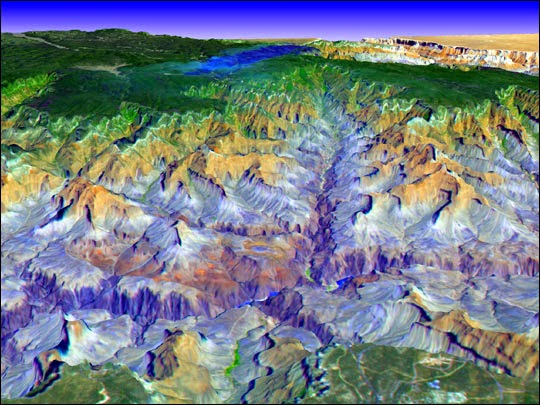 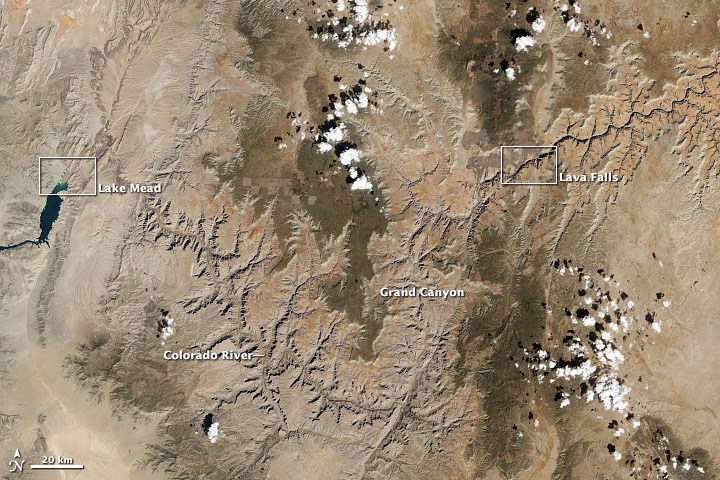 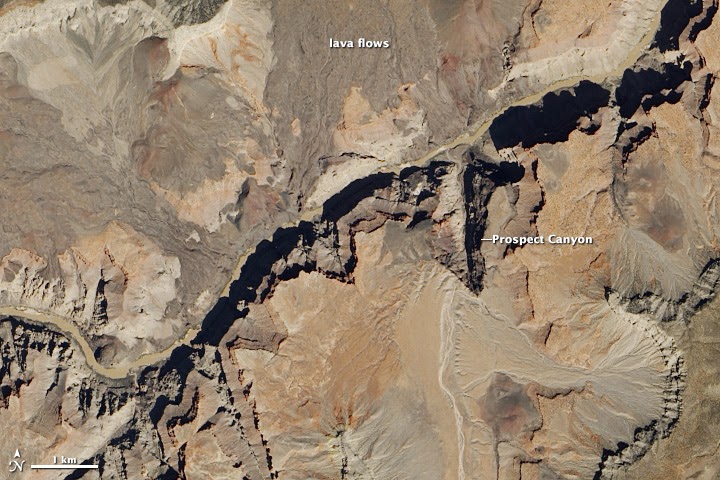 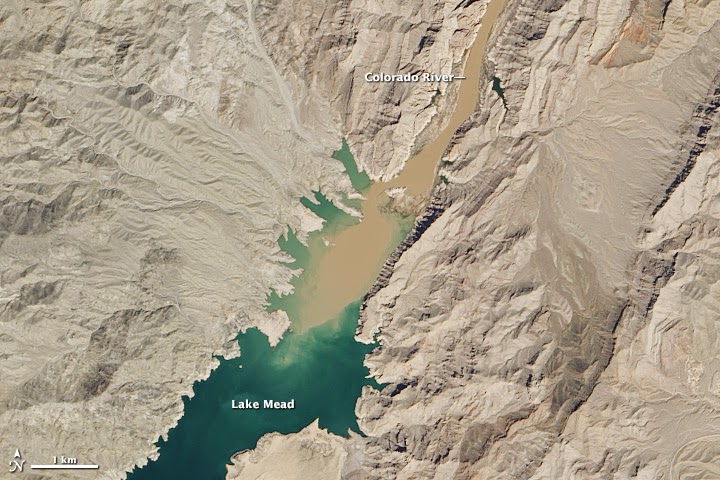 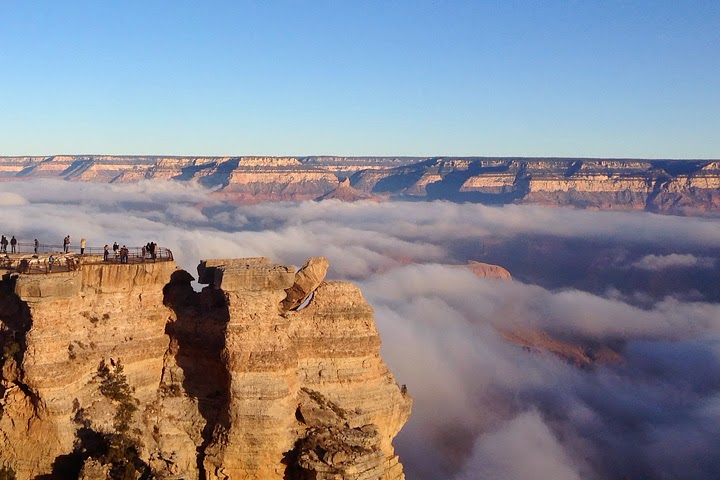 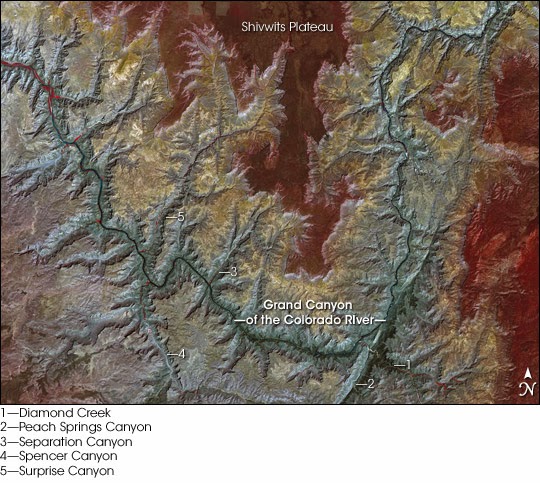 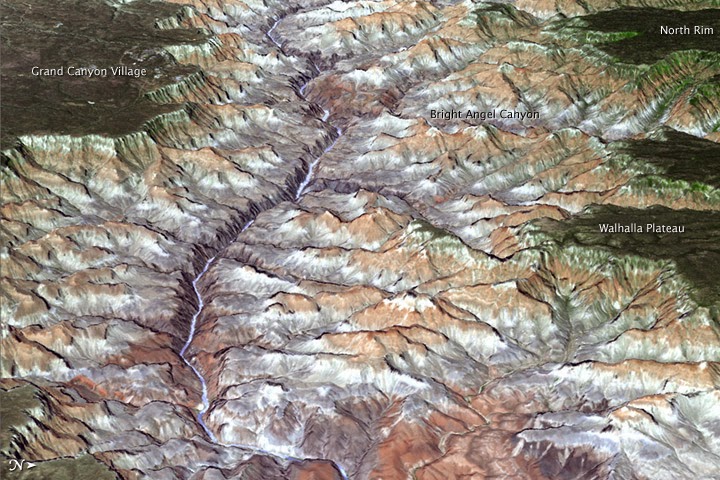 When John Wesley Powell led an expedition down the Colorado River and through the Grand Canyon in 1869, he was confronted with a daunting landscape. At its highest point, the serpentine gorge plunged 1,829 meters (6,000 feet) from rim to river bottom, making it one of the deepest canyons in the United States. In just 6 million years, water had carved through rock layers that collectively represented more than 2 billion years of geological history, nearly half of the time Earth has existed.

“The wonders of the Grand Canyon cannot be adequately represented in symbols or speech,” Powell wrote in his log. “The resources of the graphic art are taxed beyond their powers in attempting to portray its features.”

It is up to 18 miles (29 kilometers) wide and one mile (1.6 km) deep, and stretches 277 river miles (446 km). It is one of the greatest natural wonders of North America and perhaps the entire world. 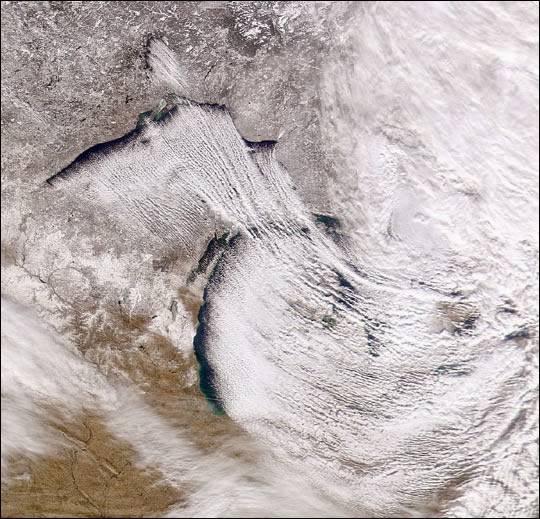 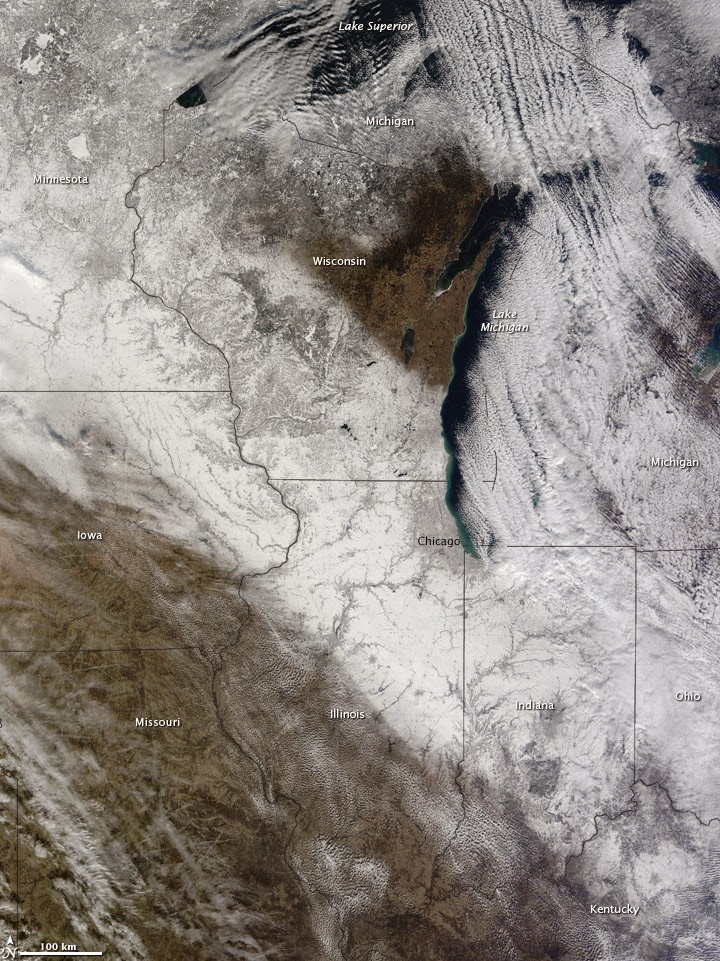 The lake effect is particularly clear in this NASA image.  As it flows across the relatively warm lakes, the cold dry air gathers heat and moisture from the surface. The warm moist air rises into the atmosphere and mixes vigorously with the cold dry air above. The layer of warm moist air deepens as it travels across the lake. Some of the evaporated water from the lake condenses into streamers of fog rising from the surface, while much of the moisture condenses to form a stratocumulus cloud in the upper half of the mixed layer.

The cloud-forming water droplets may freeze into ice crystals and, due to accumulated water deposition over time, grow into snowflakes. This process can generate snowstorms that produce significant amounts of snowfall downwind. It is not uncommon for lake effect snowstorms to produce as much as two feet of snow within a 24-hour period in northwestern parts of Michigan, New York and Pennsylvania.
Posted by Karen Brzys at 1:25 AM