As some of you know, I have a fascination with Saturn ever since the museum founder, Axel Niemi, showed me the rings of the planet in his home made telescope when I was 10 years old.  So today I decided to see what new pictures have been posted by NASA from the Cassini Solstice Mission on the webpage http://saturn.jpl.nasa.gov/. Nature is often more complex and wonderful than it first appears. For example, although it looks like a simple hexagon, this feature surrounding Saturn's north pole is really a manifestation of a meandering polar jet stream.   More details of the polar jet stream are shown in the photo below. 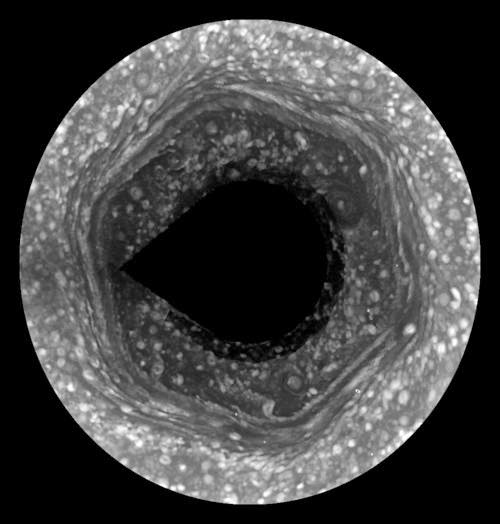 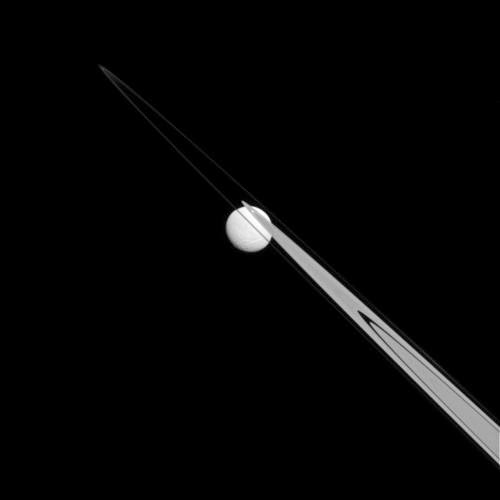 Like a drop of dew hanging on a leaf, Saturn's moon, Tethys, appears to be stuck to the A and F rings from this perspective in the above photo. Tethys (660 miles, or 1,062 kilometers across), like the ring particles, is composed primarily of ice. The gap in the A ring through which Tethys is visible is the Keeler gap, which is kept clear by the small moon Daphnis (not visible here). 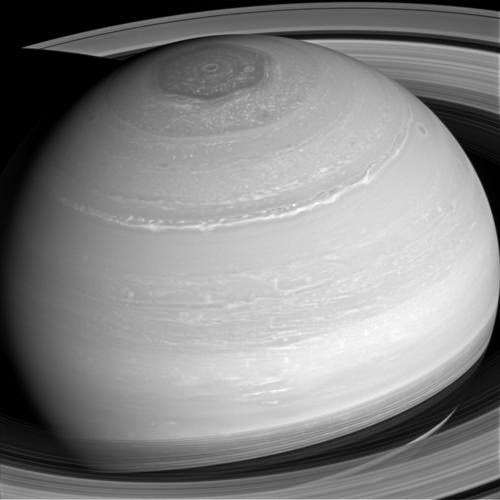 Saturn's many cloud patterns, swept along by high-speed winds, are artistically shown in the above photo. With no real surface features to slow them down, wind speeds on Saturn can top 1,100 mph (1,800 kph), more than four times the top speeds on Earth. 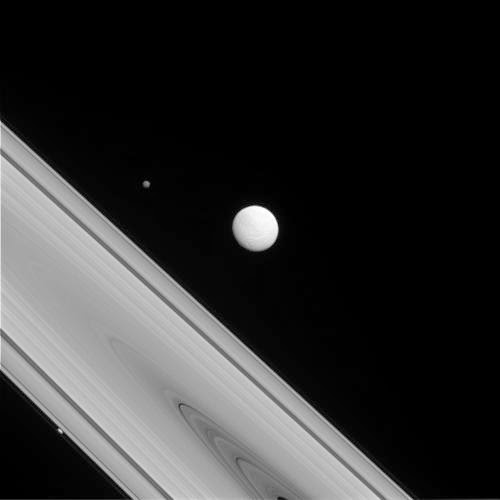 The Cassini spacecraft captures a rare family photo of three of Saturn's moons that couldn't be more different from each other! As the largest of the three, Tethys (image center) is round and has a variety of terrains across its surface. Meanwhile, Hyperion (to the upper-left of Tethys) is the "wild one" with a chaotic spin and Prometheus (lower-left) is a tiny moon that busies itself sculpting the F ring. 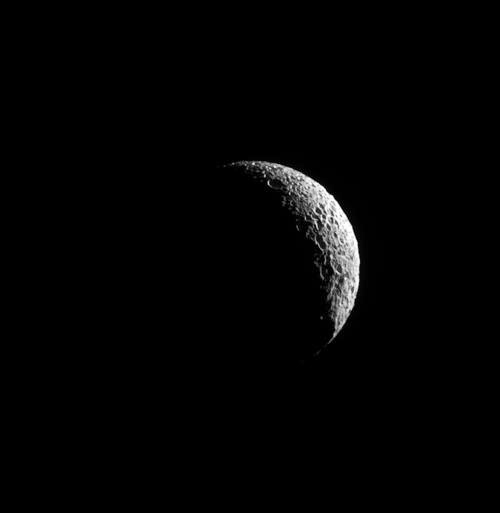 A thin sliver of Mimas is illuminated in the photo above.  The long shadows show off its many craters, indicators of the moon's violent history.
Posted by Karen Brzys at 8:59 AM