The snow has started in the western U.P.  It is expected to hit Grand Marais this afternoon and continue into Wednesday morning.  We could get up to 18 inches with gale force winds on Lake Superior.  What a weather event on this 39th anniversary of the sinking of the Edmund Fitzgerald freighter.

From the web page http://en.wikipedia.org/wiki/SS_Edmund_Fitzgerald, information about the Fitz: 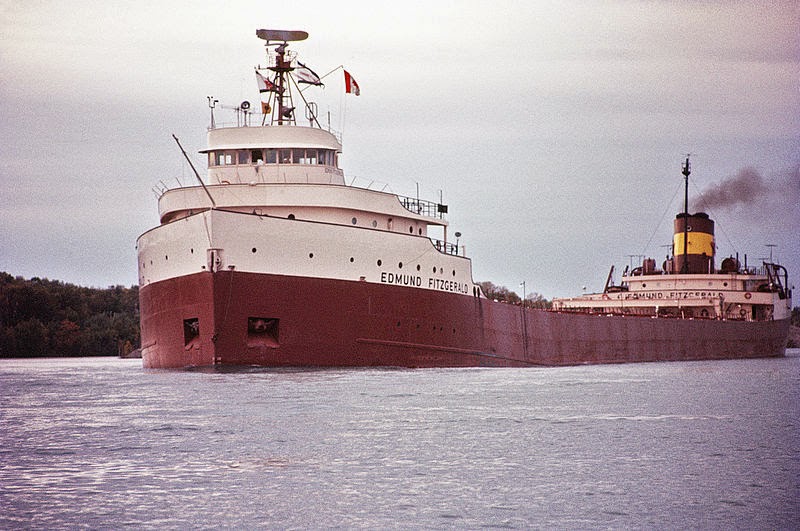 "The SS Edmund Fitzgerald was an American Great Lakes freighter that sank in a Lake Superior storm on November 10, 1975, with the loss of the entire crew of 29. When launched on June 8, 1958, she was the largest ship on North America's Great Lakes, and she remains the largest to have sunk there.

For seventeen years the Fitzgerald carried taconite iron ore from mines near Duluth, Minnesota, to iron works in Detroit, Toledo, and other Great Lakes ports. As a "workhorse," she set seasonal haul records six times, often breaking her own previous record. Captain Peter Pulcer was known for piping music day or night over the ship's intercom system while passing through the St. Clair and Detroit Rivers (between Lakes Huron and Erie), and entertaining spectators at the Soo Locks (between Lakes Superior and Huron) with a running commentary about the ship. Her size, record-breaking performance, and "DJ captain" endeared the Fitzgerald to boat watches..

Carrying a full cargo of ore pellets with Captain Ernest M. McSorley in command, she embarked on her final voyage from Superior, Wisconsin, near Duluth, on the afternoon of November 9, 1975. En route to a steel mill near Detroit, Michigan, the Fitz joined a second freighter, the SS Arthur M. Anderson. By the next day, the two ships were caught in the midst of a severe winter storm on Lake Superior, with near hurricane-force winds and waves up to 35 feet (11 m) high. Shortly after 7:10 p.m., the Fitzgerald suddenly sank in Canadian waters 530 feet (160 m) deep, approximately 17 miles (15 nautical miles; 27 kilometers) from the entrance to Whitefish Bay near the twin cities of Sault Ste. Marie, Michigan, and Sault Ste. Marie, Ontario--a distance the Fitzgerald could have covered in two hours at her top speed."

The last several hours of the Fitz's route is shown below. 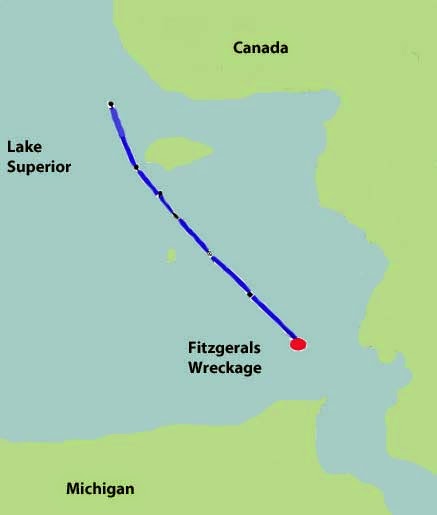 I have a few photos that I took last week while exercising on the Sable Falls steps.  First, a couple of Sable Falls..... 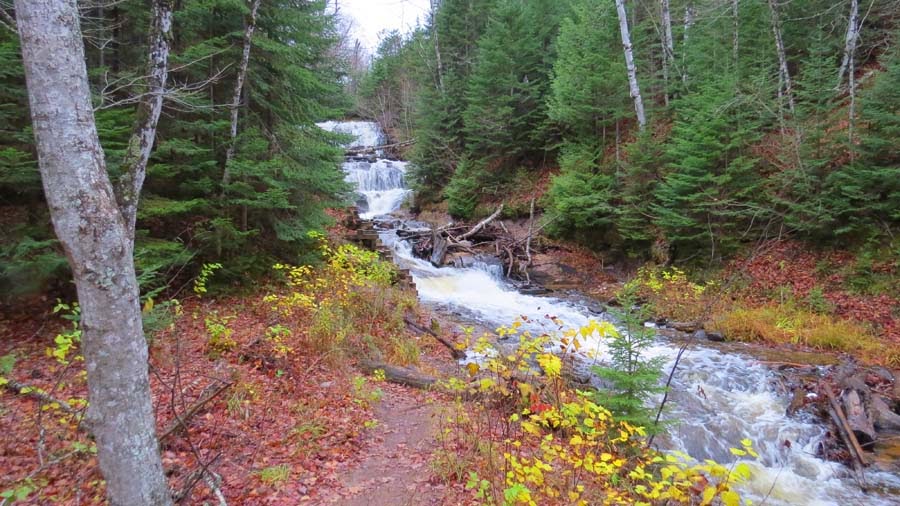 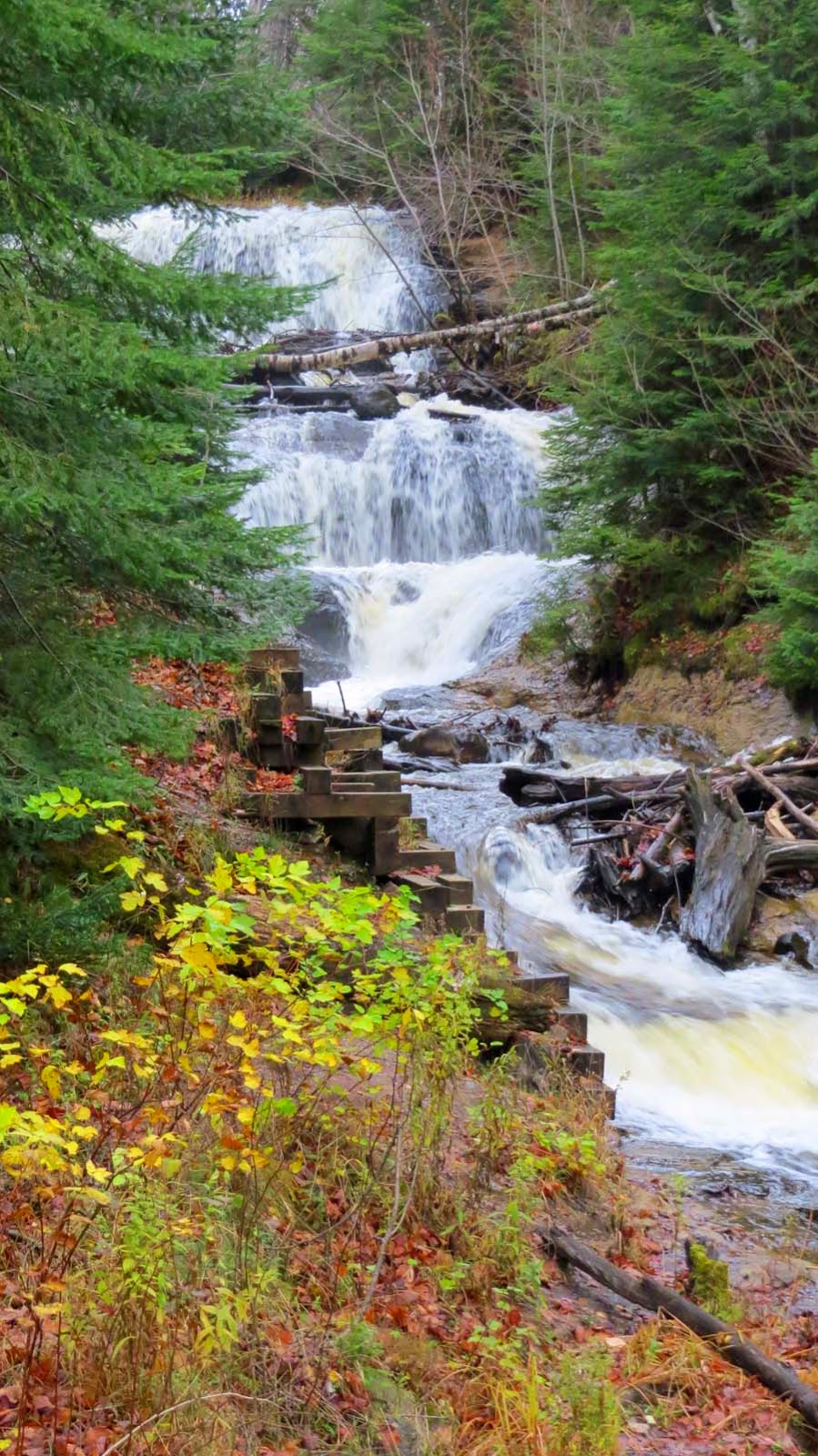 From the end of the path I captured this photo of a passing freighter.... 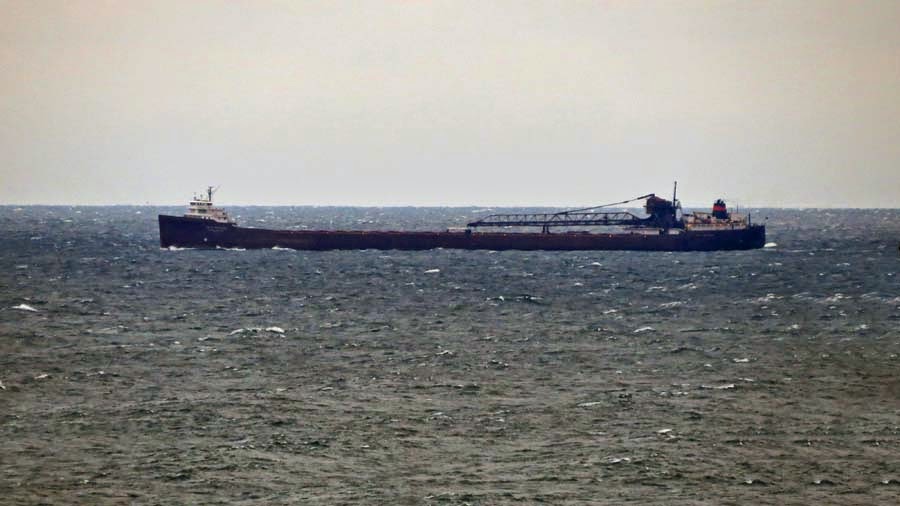