Yesterday I visited with my friend, Helen Riley, in Marquette to go snowshoeing.  The drive from Grand Marais to Marquette was not too bad, but about half the way the roads were either snow covered or icy. 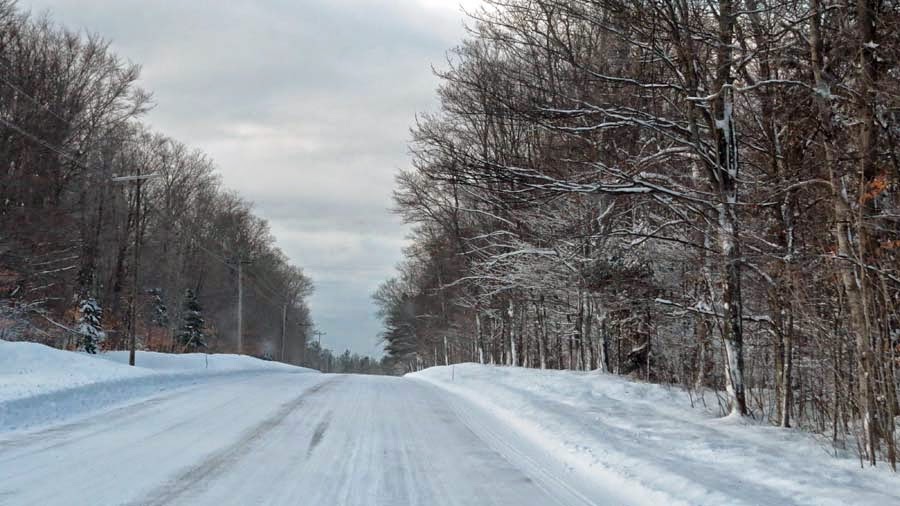 We headed over to Presque Island and snowshoed for an hour and a half around the island, including up and down the center ridge.  There is certainly more elevation change on this little island than you would expect.

As we passed by the iron ore dock, there was one freighter tied up.

From the parking lot on Presque Island, I captured the photo below with the end of the freighter  and the Superior Dome in the background. 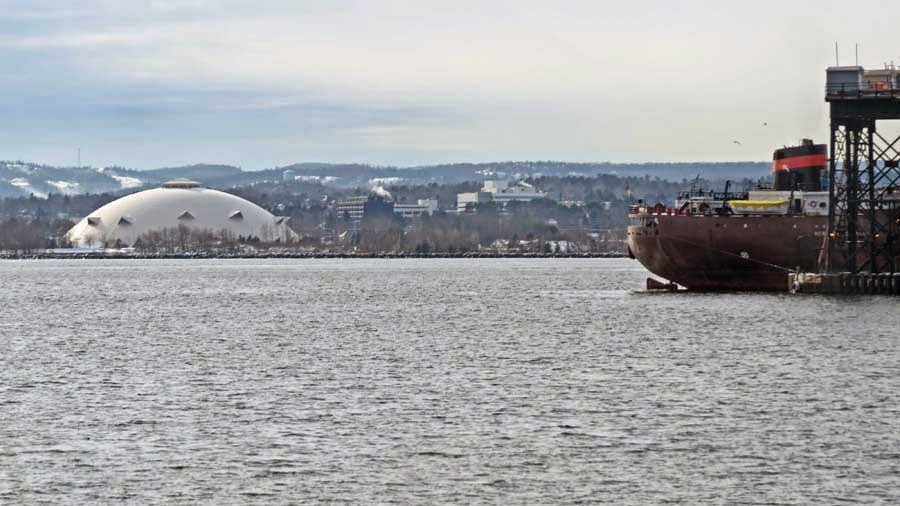 Helen turning up the nature trail that cuts up and across the center ridge of the island. 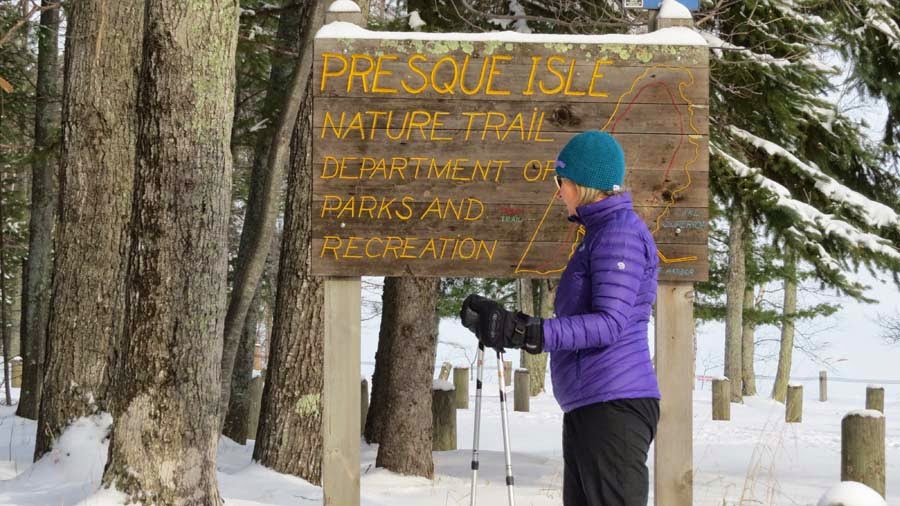 Before the rain last weekend, Marquette received as much or more snow than Grand Marais.  Some of the snow melt and rain formed hundreds of pools that are now frozen. 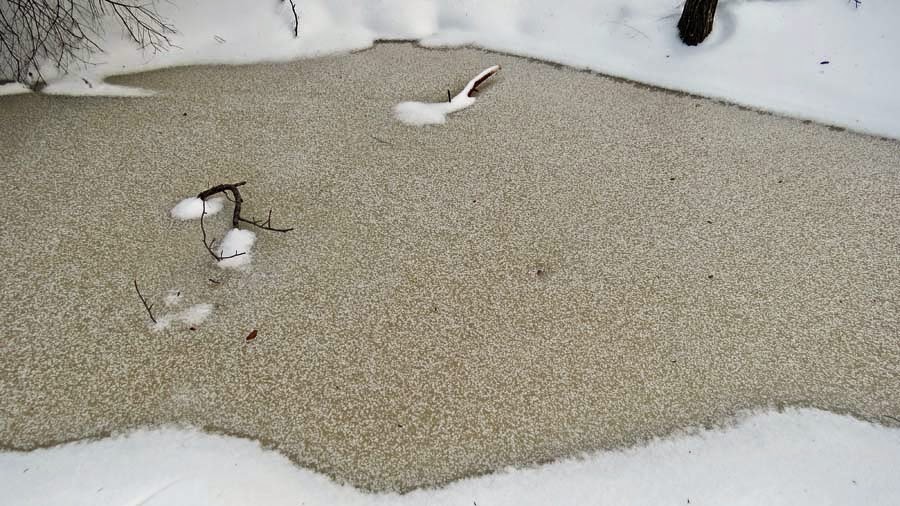 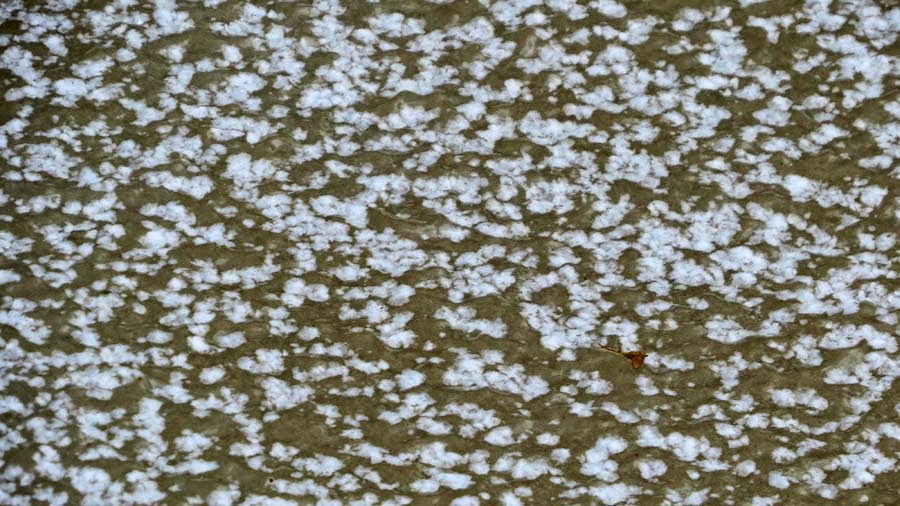 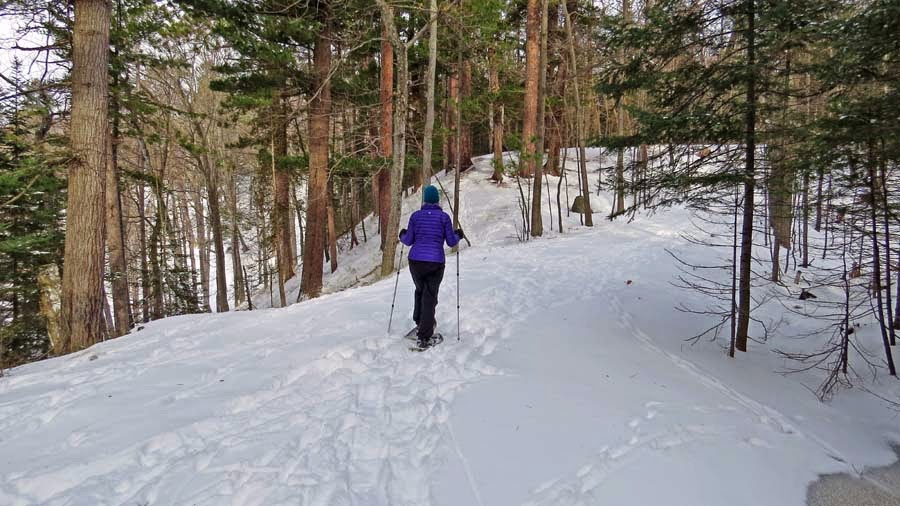 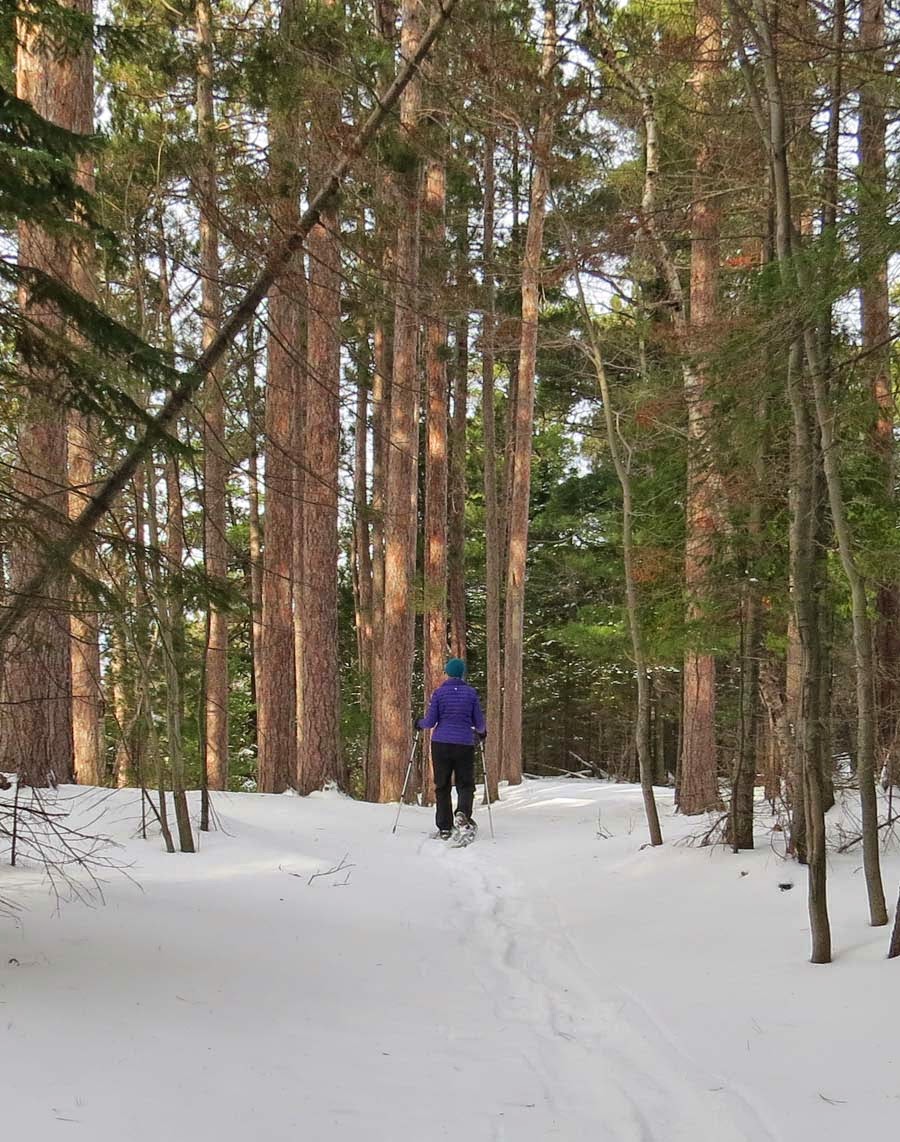 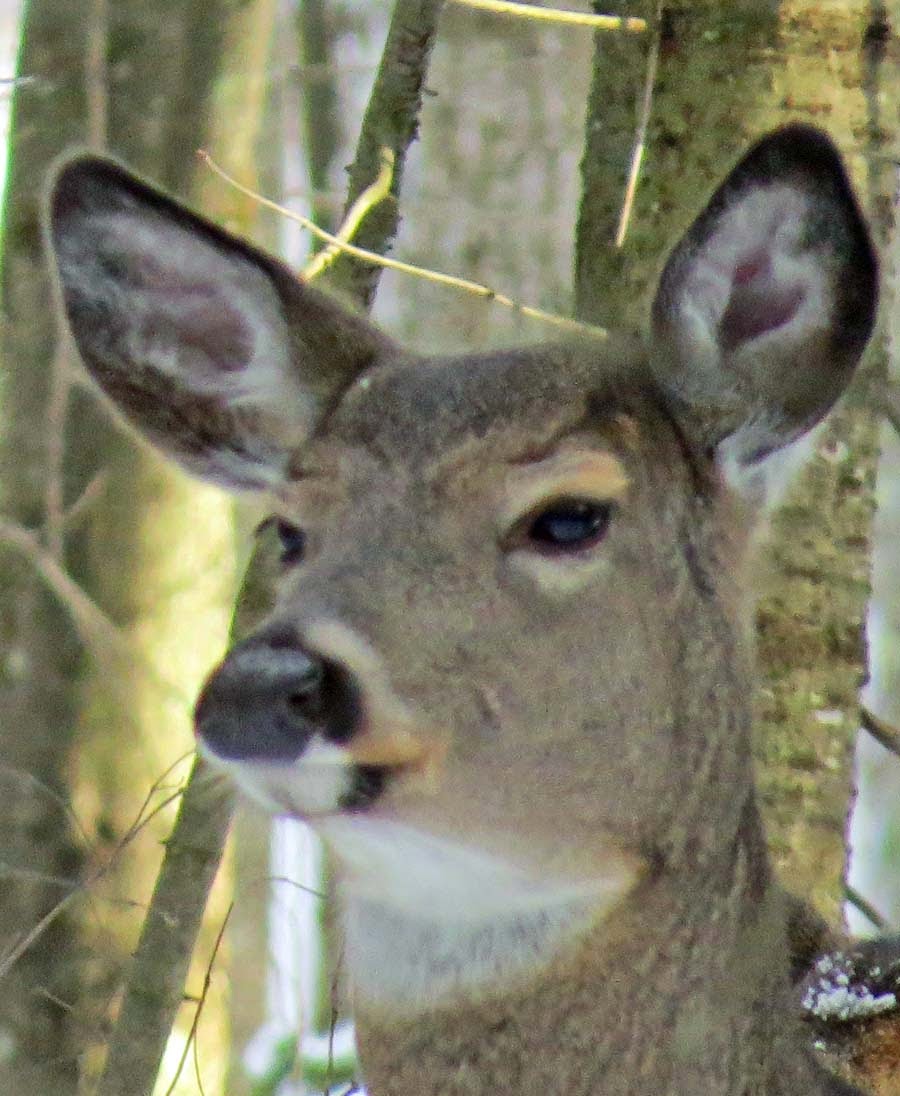 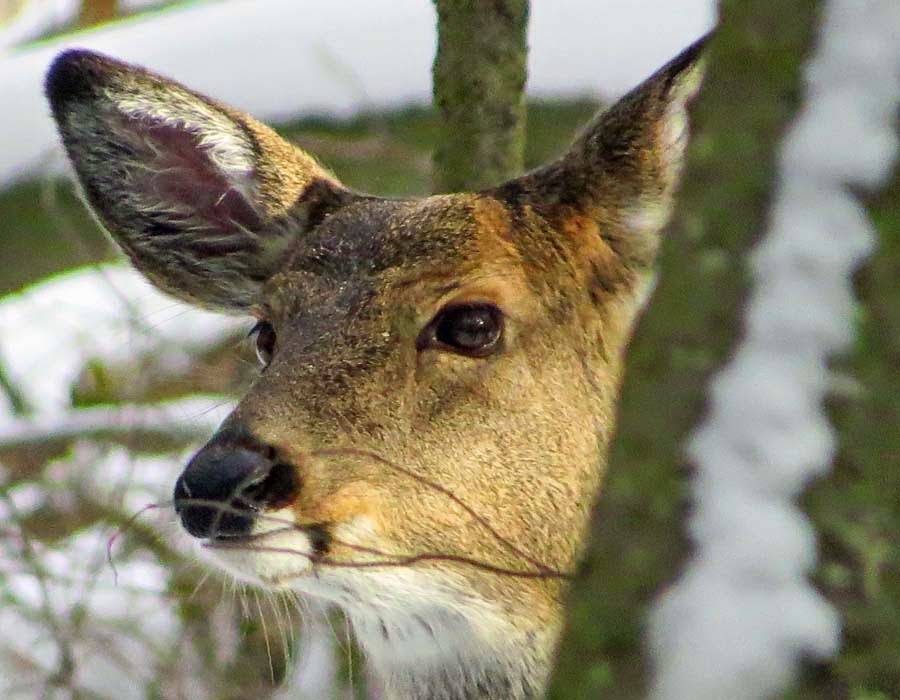 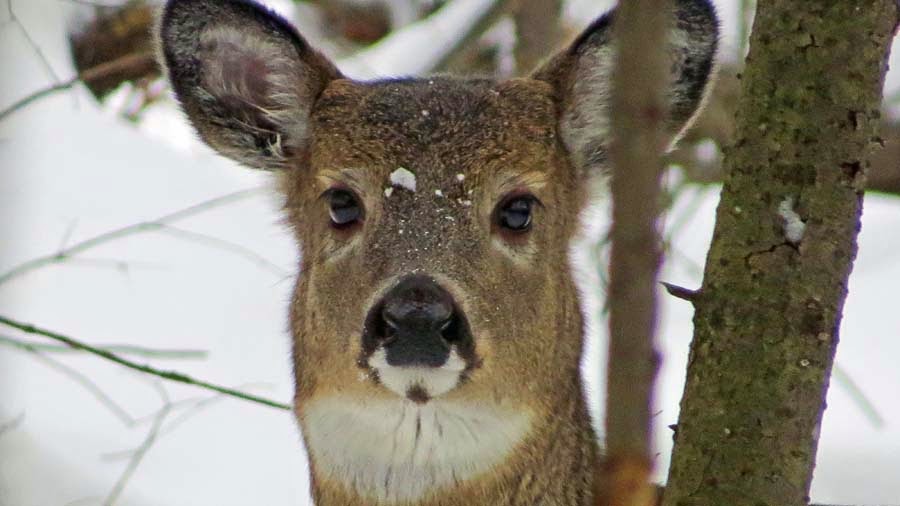