Once in a million years Comet Encounter with Mars

A comet is an icy cosmic chunk of ice and dust held together by frozen carbon dioxide, ammonia, methane, and other gases.  Comets orbit the sun, but the majority inhabit the region beyond Pluto called the Oort Cloud.  Every once in a while, one of these comets is pushed into the inner solar system, releasing gas or dust as it passes closer to the sun.  Some scientists believe that early in the Earth's formation, frozen comets that hit our planet were responsible for bringing water and organic molecules. 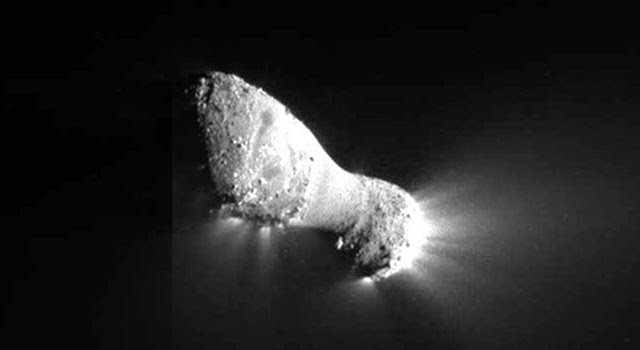 According to the website http://www.space.com/53-comets-formation-discovery-and-exploration.html:  "As a comet gets closer to the sun, the ice on the surface of the nucleus begins turning into gas, forming a cloud known as the coma. Radiation from the sun pushes dust particles away from the coma, forming a dust tail, while charged particles from the sun convert some of the comet's gases into ions, forming an ion tail. Since comet tails are shaped by sunlight and the solar wind, they always point away from the sun." 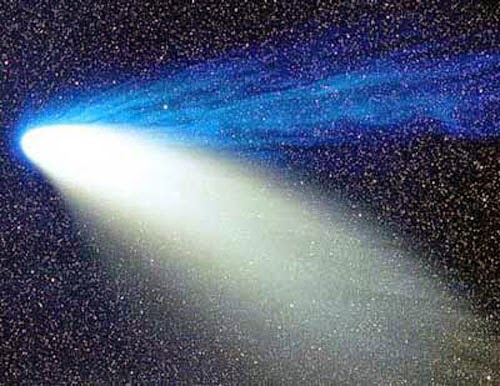 Today during mid-afternoon eastern time a mountain-sized clump of ice and rubble will pass close by Mars (87,000 miles, 139,500km).  The nucleus of the Siding Spring Comet is thought to be up to five miles (8km) in diameter, but may be smaller.  It will not hit the red planet, but it will pass close enough that NASA moved the orbiting spacecraft to the opposite side of the planet.  Scientists believe that this is the first time that this particular icy dirt ball will visit the inner solar system.  This type of cosmic encounter happens only once every million years or so. 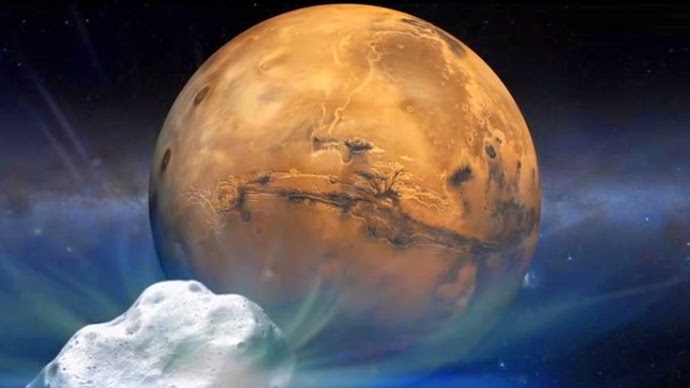 Everyone will be watching, including the Mars rovers.  Satellites orbiting Mars and rovers on the surface hope to capture the event on their cameras and instruments.  Since this is a one in a million years event, it is an opportunity to learn about comets as well as about the origin of our solar system since this chunk of cosmic debris was formed 4.6 billion years ago.
Because the comet will be impacted by the warmth of the Sun for the first time, scientists will be able to study a "pristine" relic with the left over materials that went into building the Solar System.

It is believed that the comet was gravitationally pushed toward the inner solar system by a passing star.  This nudge most likely occurred hundreds of thousands of years ago.  The comet was discovered on January 3, 2013 by Robert H. McNaught at Siding Spring Observatory, located in New South Wales Australia. 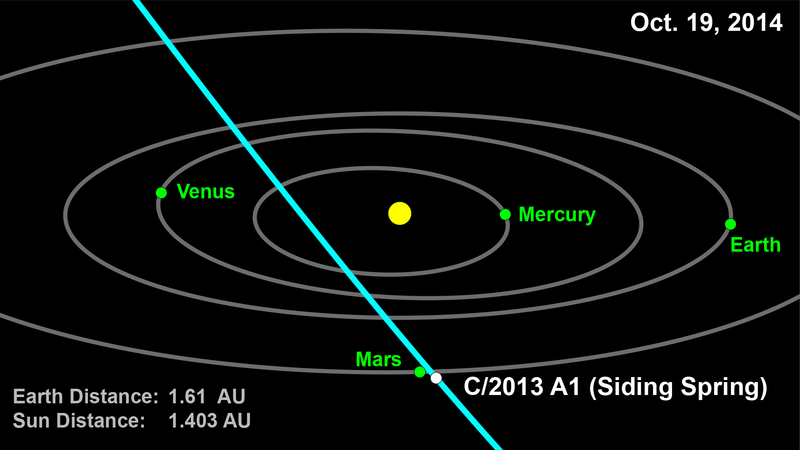 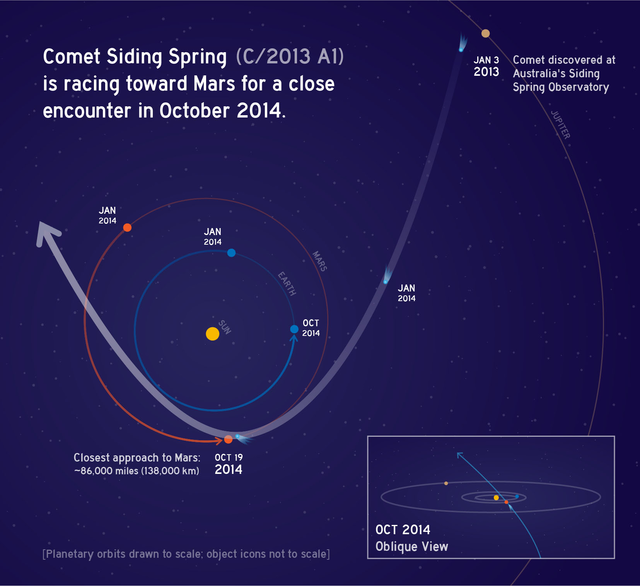