Last weekend my friend, Helen Riley, and I were only there for one night and parts of two days.  On the second day we checked out of our room in White Pine and headed right to the park.  First we hiked the Union Springs trail.  In total the loop trail is around four miles long.  However, when we were past half way, we reached a part of the trail that was flooded over, so we had to back track.

We never saw an obvious spring, but there were creeks, bogs, and wetlands everywhere. 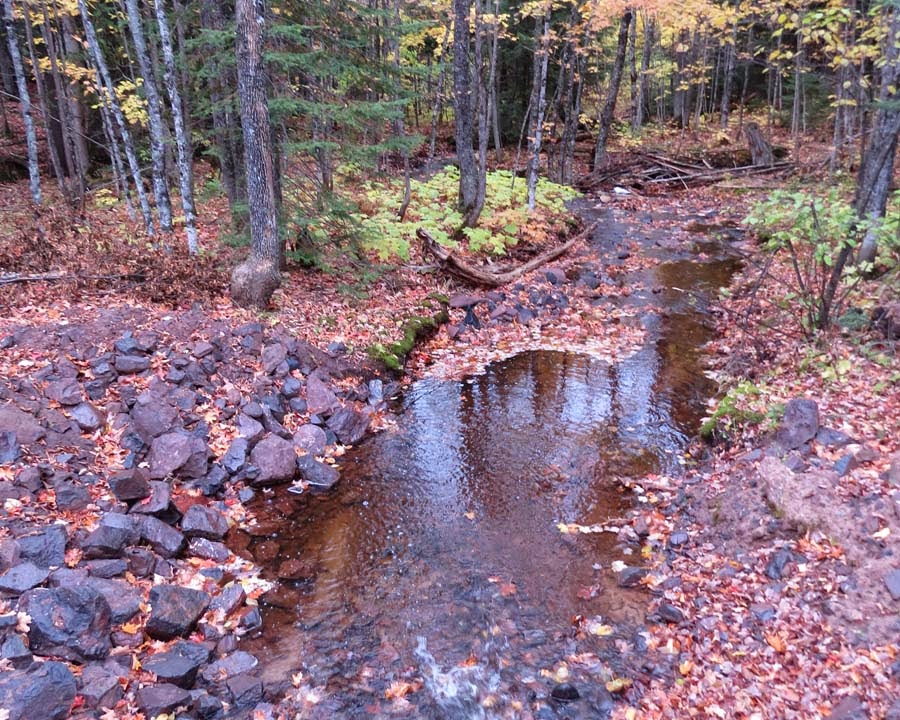 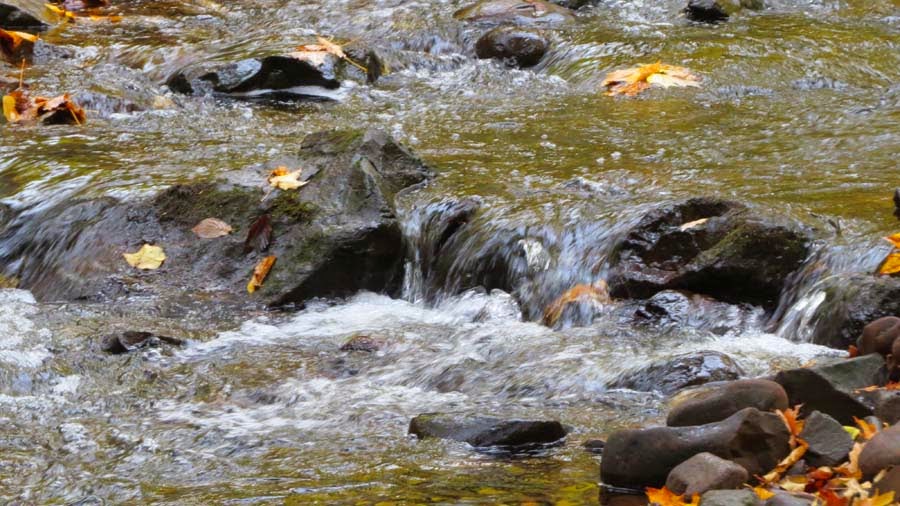 Around two miles into the hike, we ran across the crosscut cabin.  This is a warming cabin used by cross country skiers in the winter. 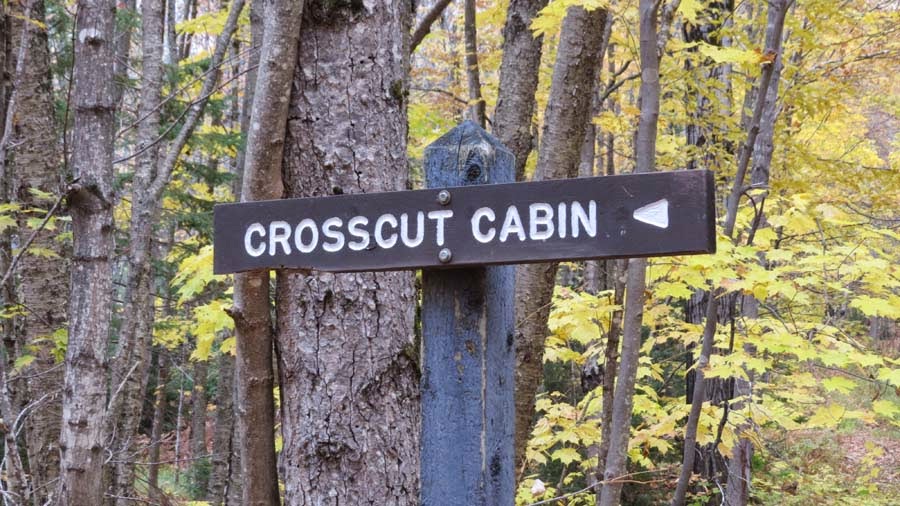 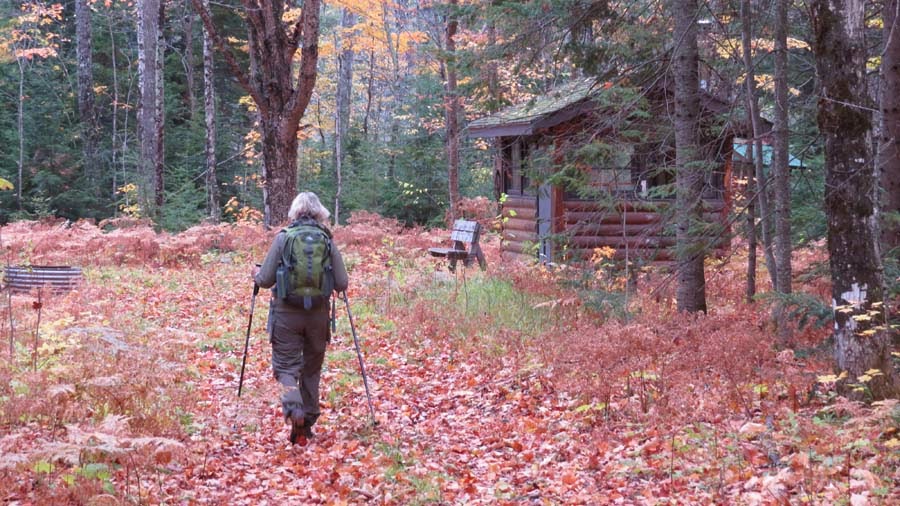 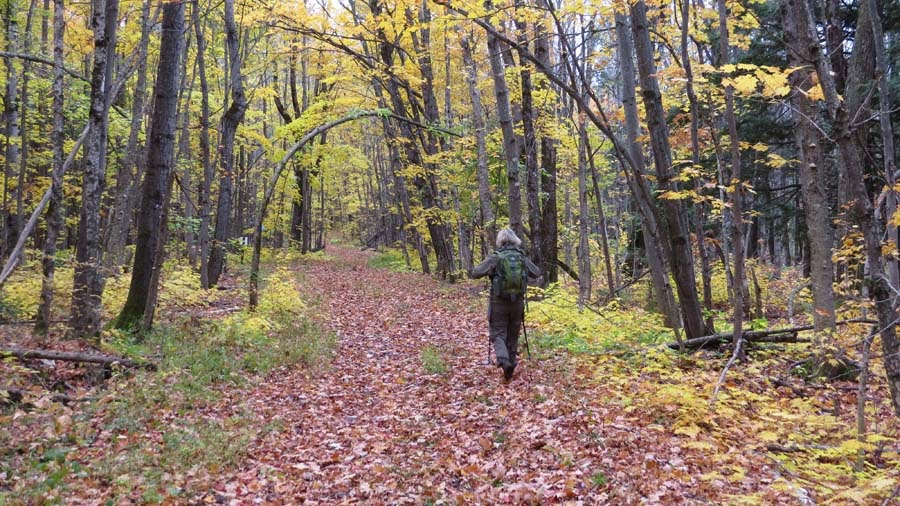 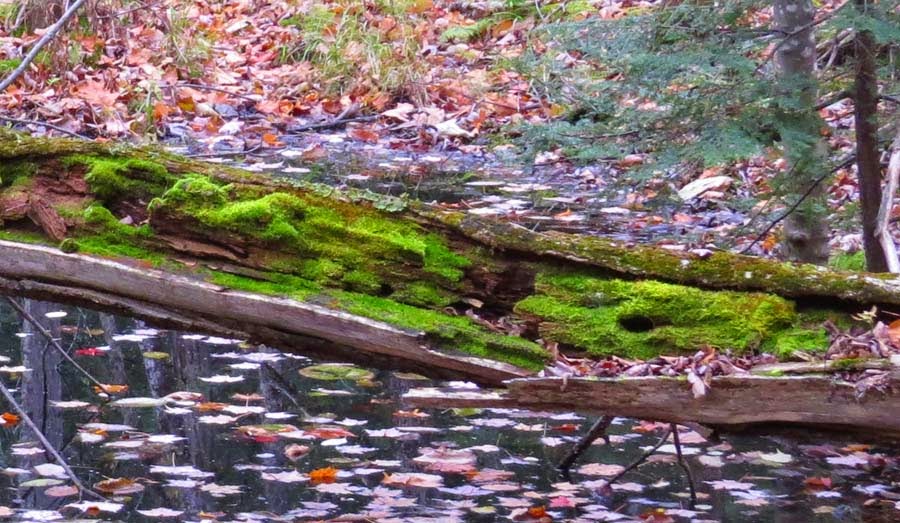 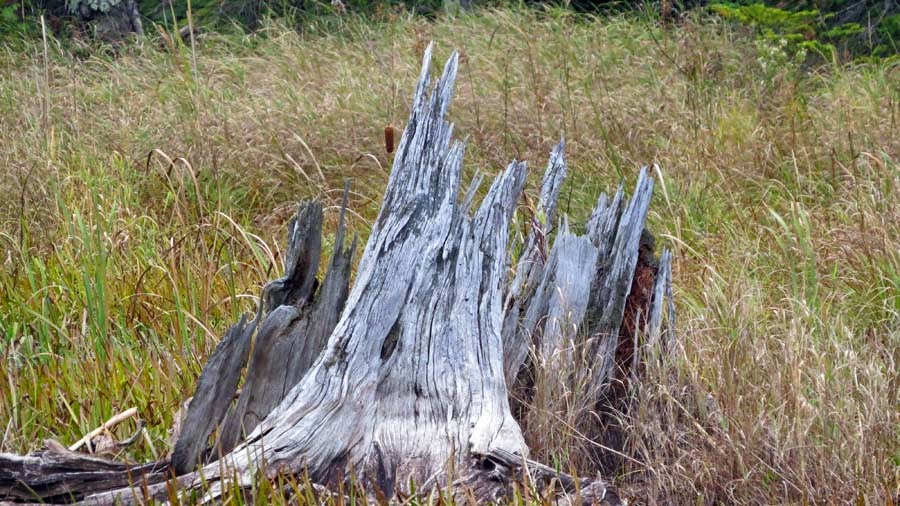 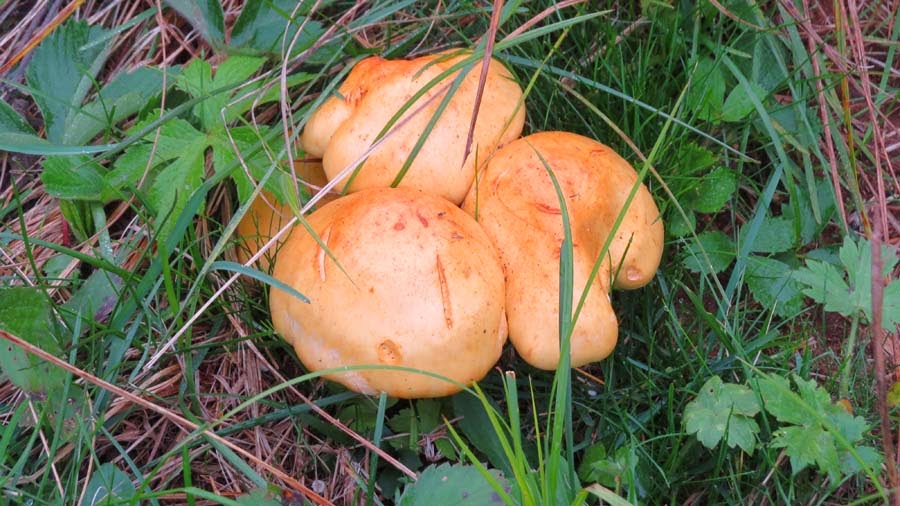 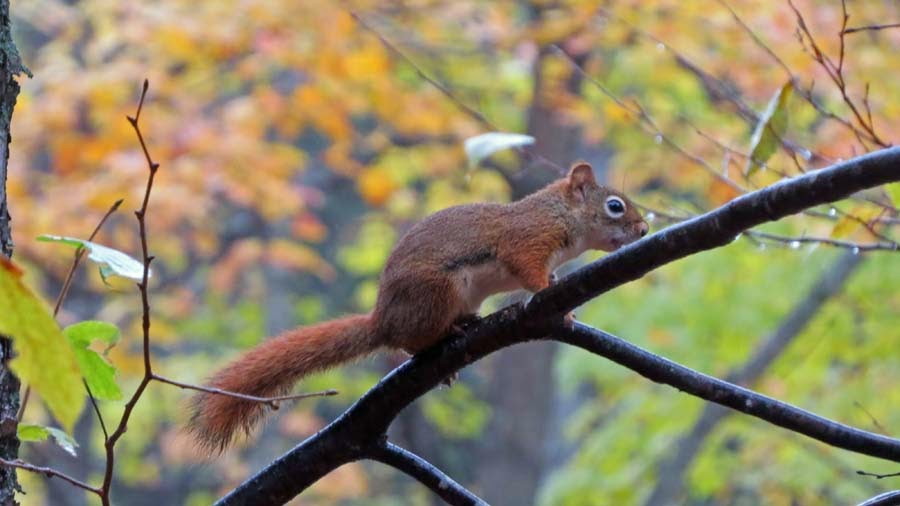 Our next stop was the summit peak trail.  There were some interpretive signs regarding the Porcupine Mountain geology. 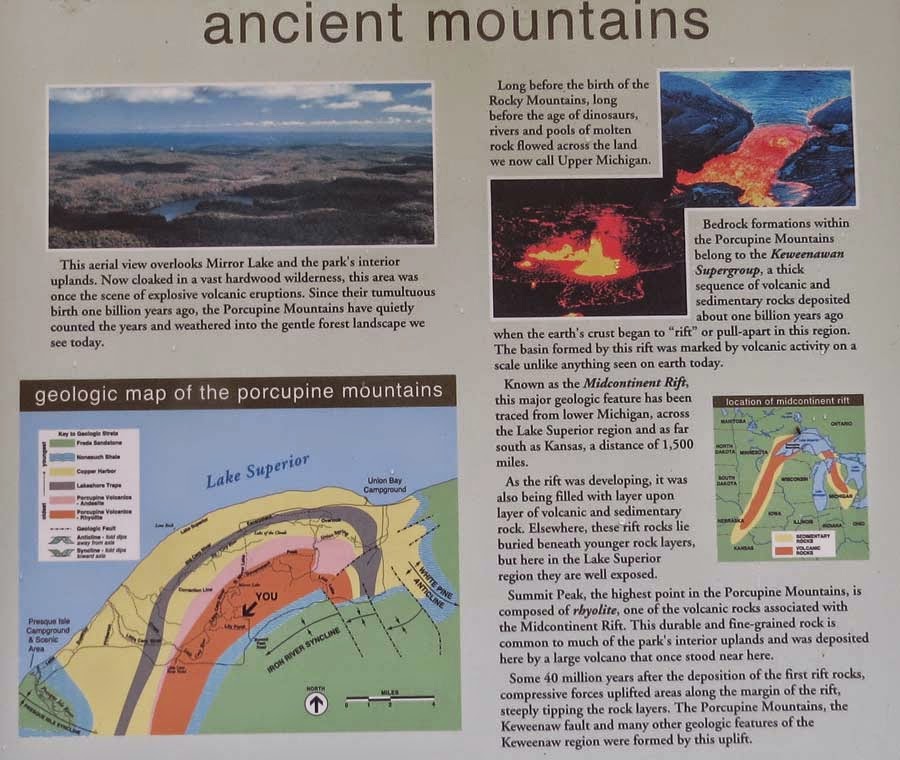 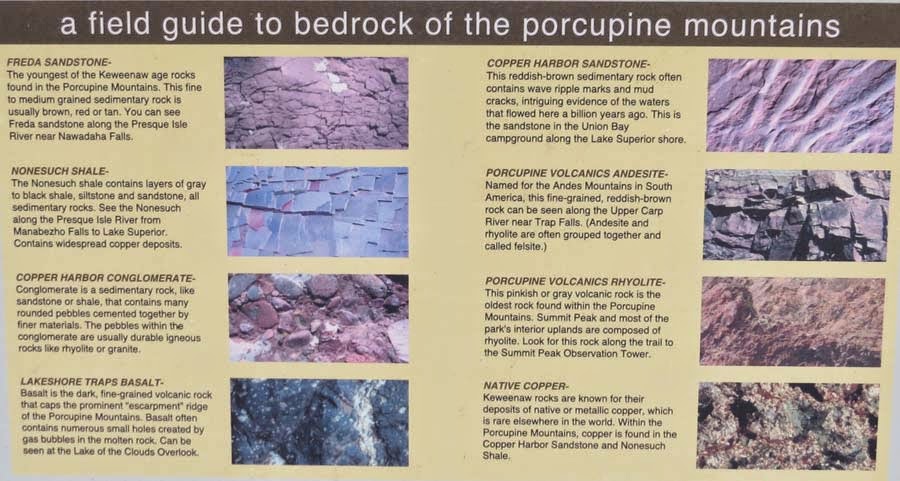 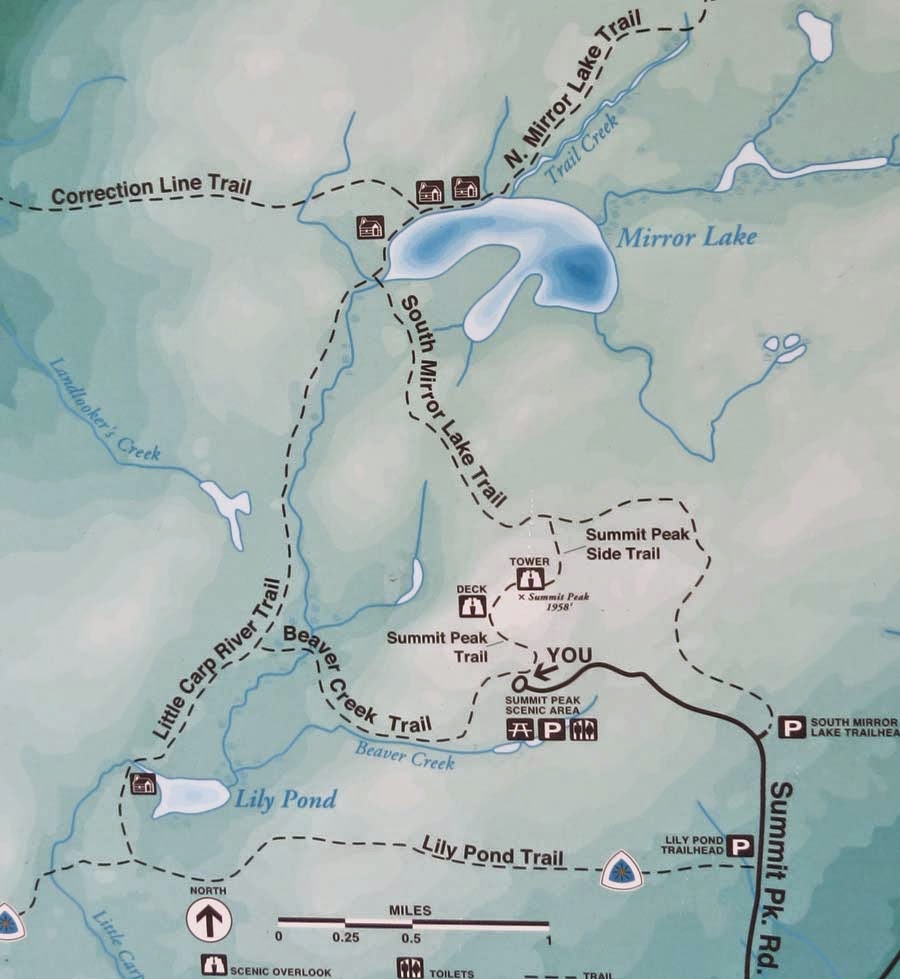 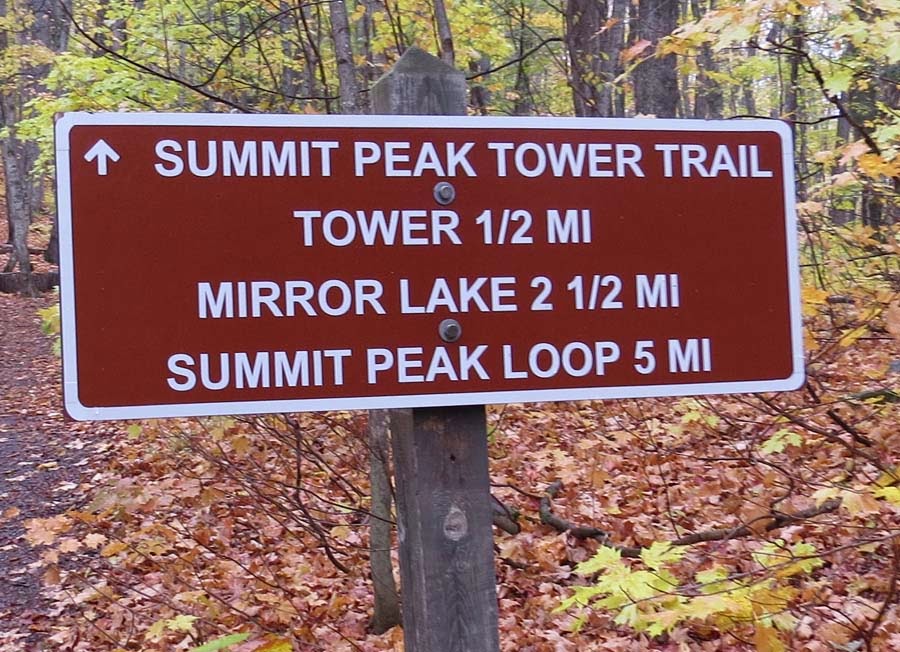 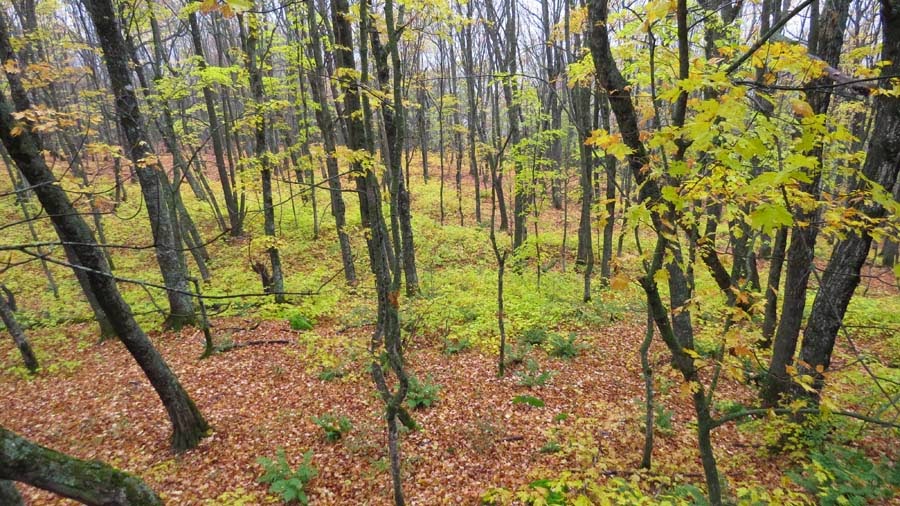 When we reached the ridge, our view was unfortunately obscured by fog. 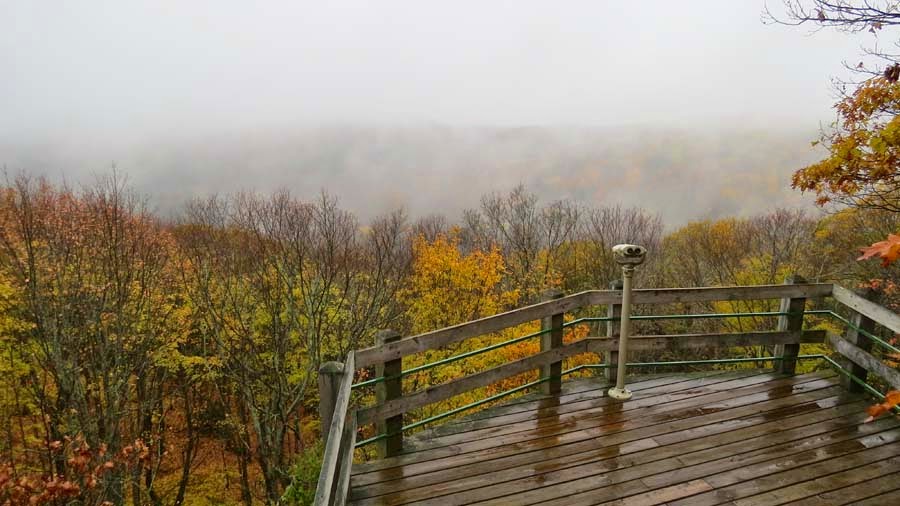 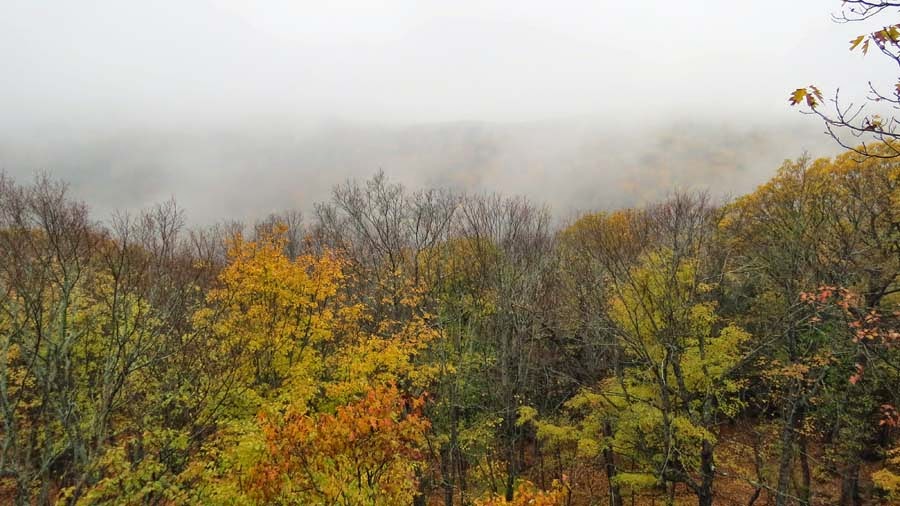 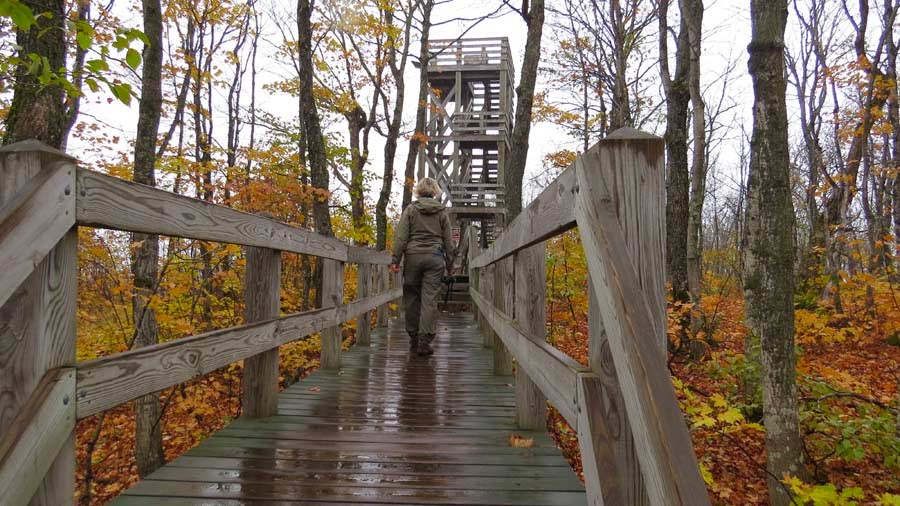 It is interesting that the elevation at the bottom of the tower is 1958 feet.  Mount Arvon that I visited with my sister the weekend before is 1979 feet.  However, with the 40 foot tower at Summit Peak, the top of the tower is actually taller than Mount Arvon. 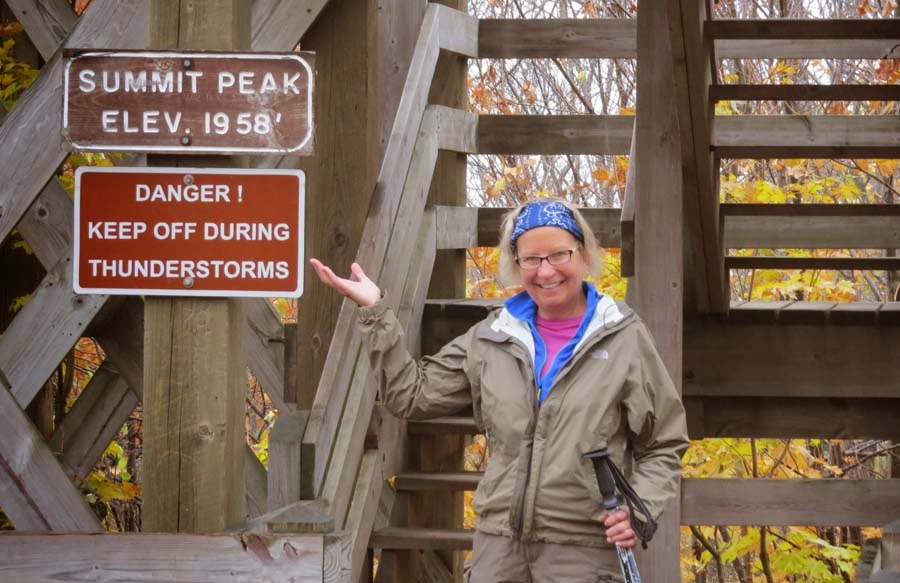 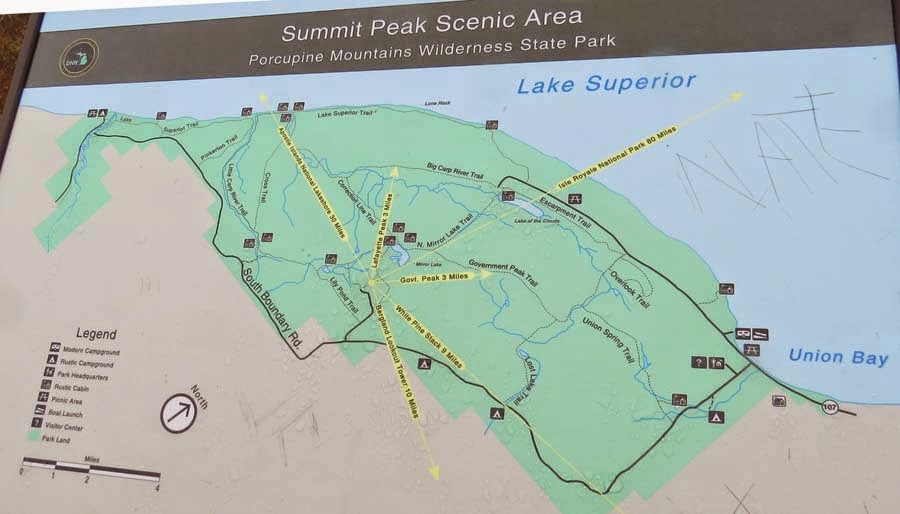 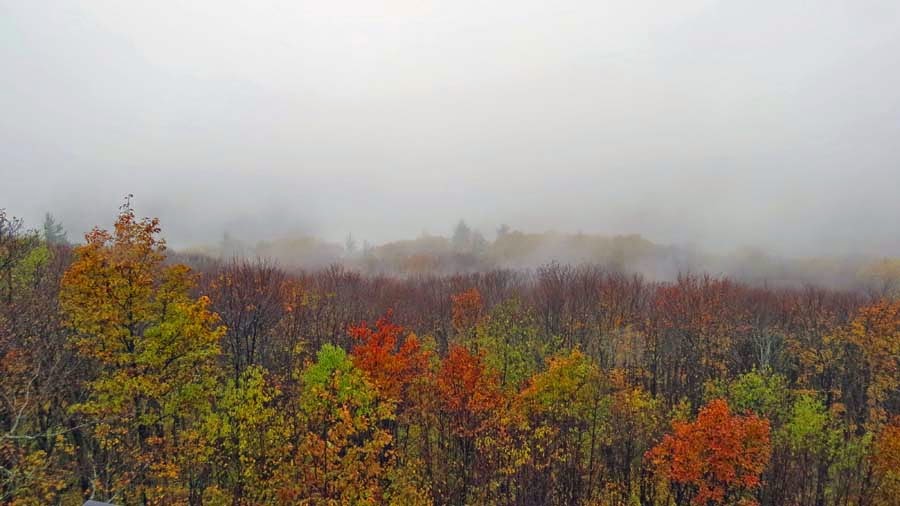