After another busy summer of working the museum seven days a week, it has been great to take two weekends off in a row.  This past weekend my friend, Helen Riley, and I took an impromptu trip to the Porcupine Mountains, located in the far western Upper Peninsula of Michigan. 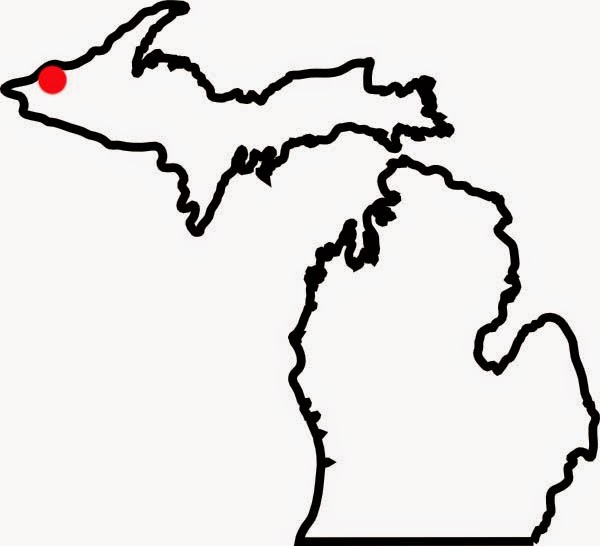 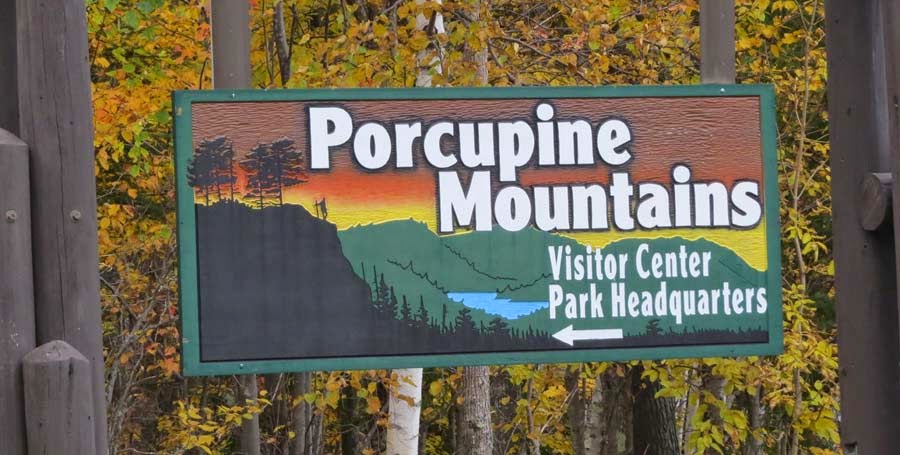 The park is the largest state park in Michigan with 59,020 acres (23,880 ha).  The Porcupine Mountains, or Porkies, are a group of small mountains, near the shore of Lake Superior.  The Porcupine Mountains were named by the native Ojibwa people, supposedly because their silhouette had the shape of a porcupine.  The area is the site of copper mining in the 19th century. One of these mines is the Nonesuch Mine, which operated sporadically from 1867 to 1912.

The most striking geological feature of the Porcupine Mountains is the long basalt and conglomerate escarpment parallel to the Lake Superior shore and overlooking Lake of the Clouds, a continuation of the same copper-bearing bedrock found farther northeast on the Keweenaw Peninsula. A second ridge farther inland, on the other side of Lake of the Clouds, includes Summit Peak, the highest point in the mountains at 1,958 feet (595 m).  Rivers, waterfalls, swamps, and lakes lie between the rocky outcroppings. 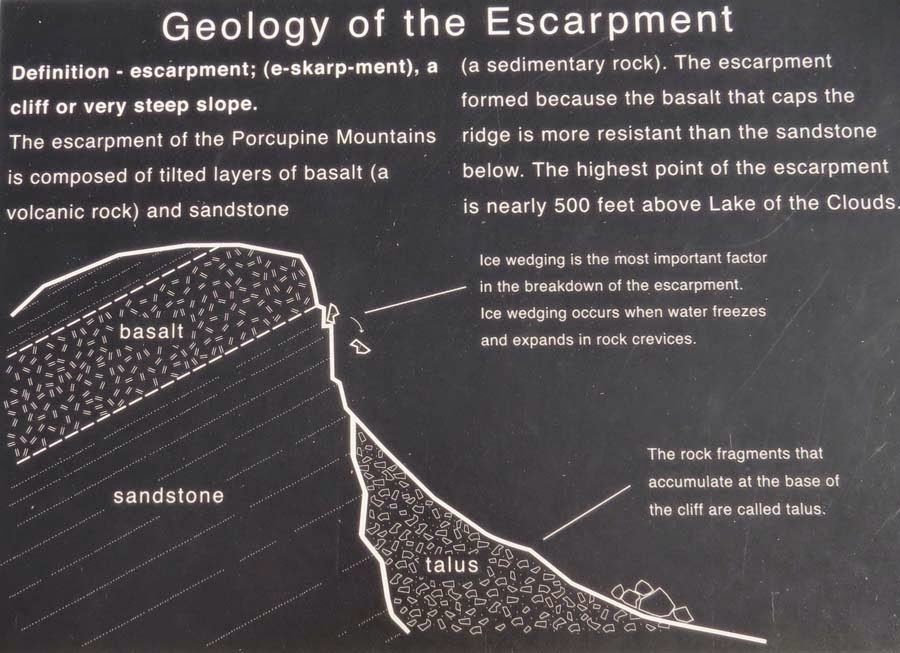 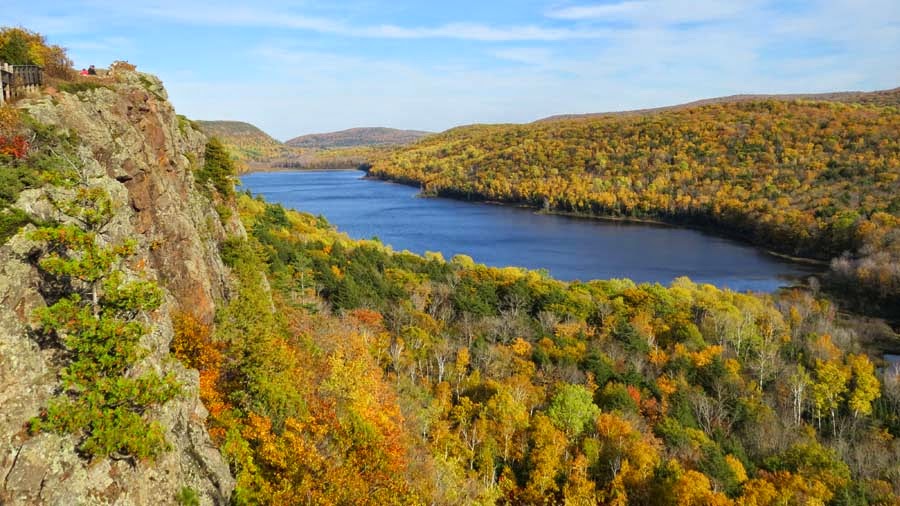 Porcupine Mountains State Park was established in 1945 to protect this large stand of old-growth forest, much of "maple-hemlock"type. In 1972, Michigan passed the Wilderness and Natural Areas Act. This act gave the park the new designation of the Porcupine Mountains Wilderness State Park. The facilities provided by the park include an extensive network of backcountry trails for hiking and wilderness backpacking, rustic trailside cabins, modern campgrounds, swimming and boating areas, and various interpretive programs led by park rangers. The North Country Trail passes through the park, making up a portion of the 87 miles (140 km) of hiking trails. In the winter, a ski area also operates within the park.  In 1973, numerous scenes from the movie "Cocoon" were filmed in the park. Most notable out of these, is the pool scene.

On the drive into the park, I took the photo below of the shoreline. 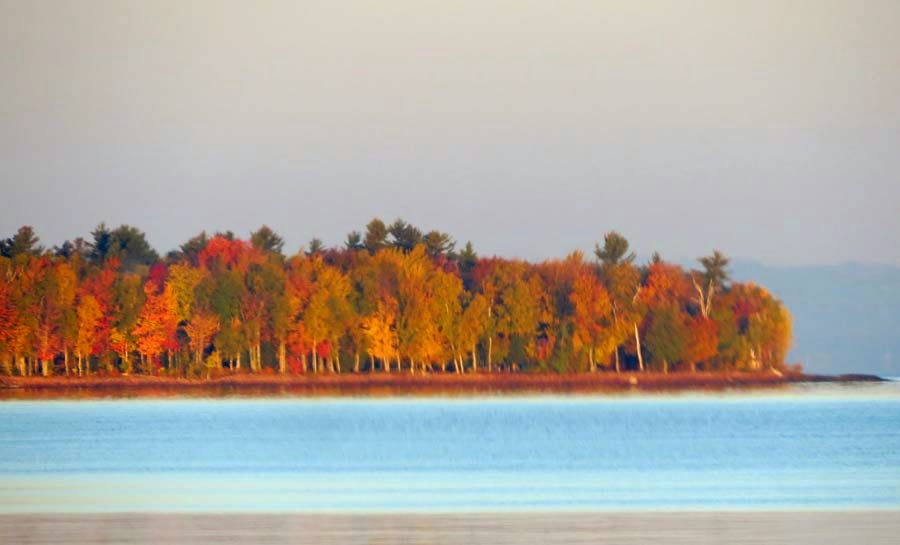 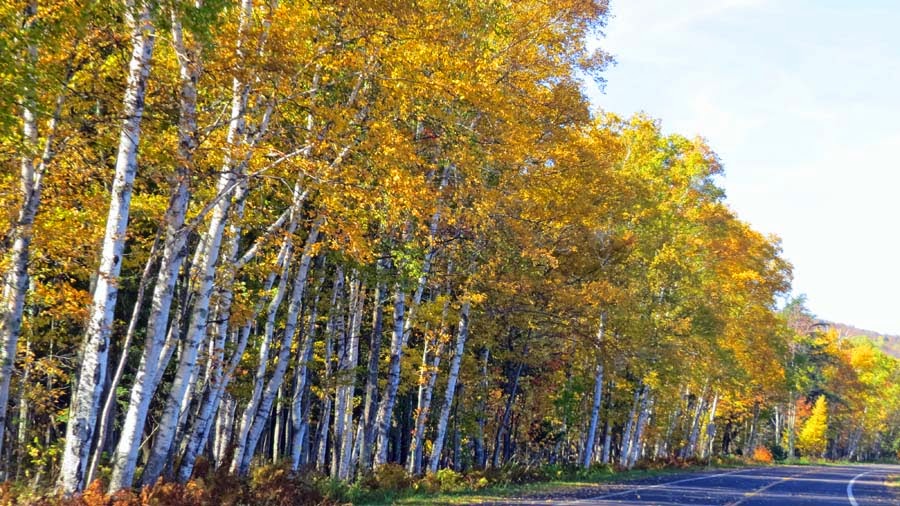 We stopped by the visitor's center to get a map, and then headed to the Lake of the Clouds. 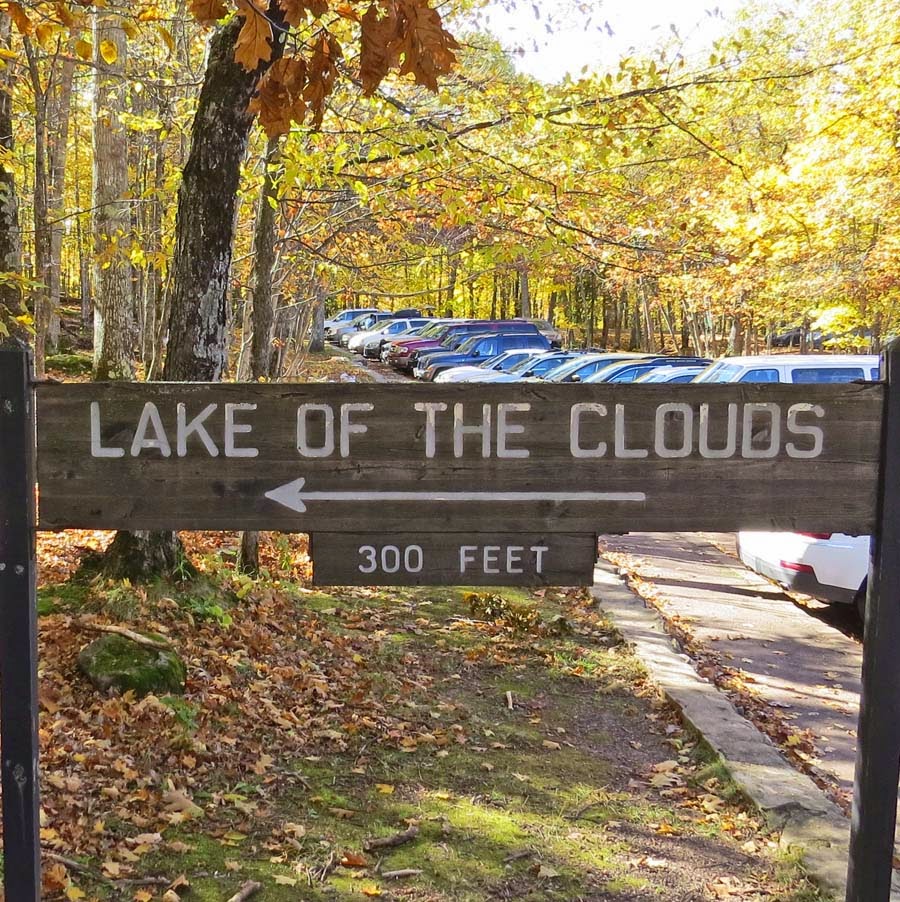 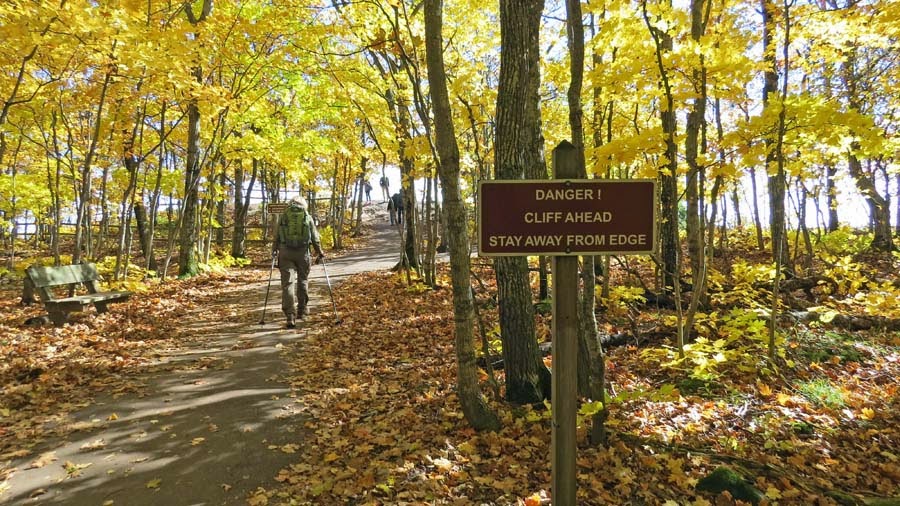 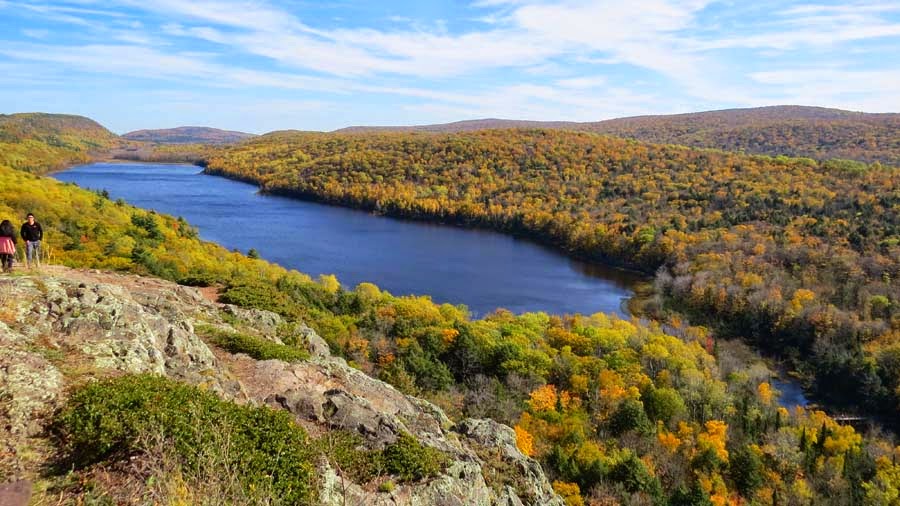 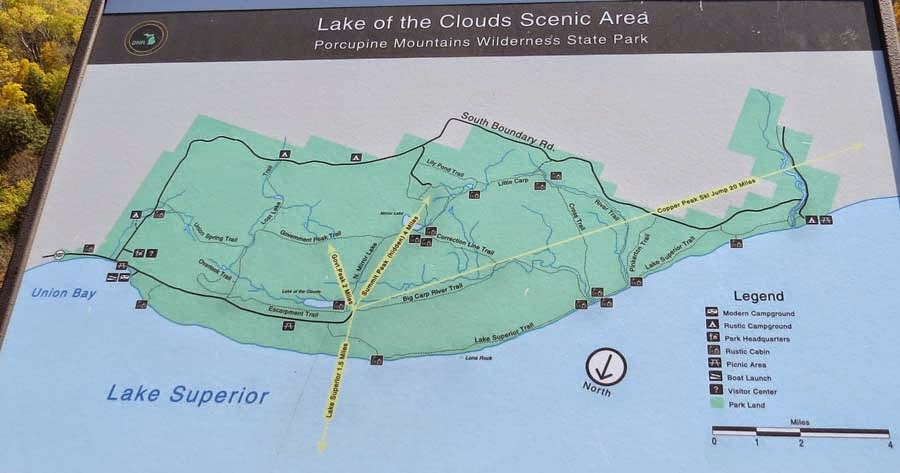 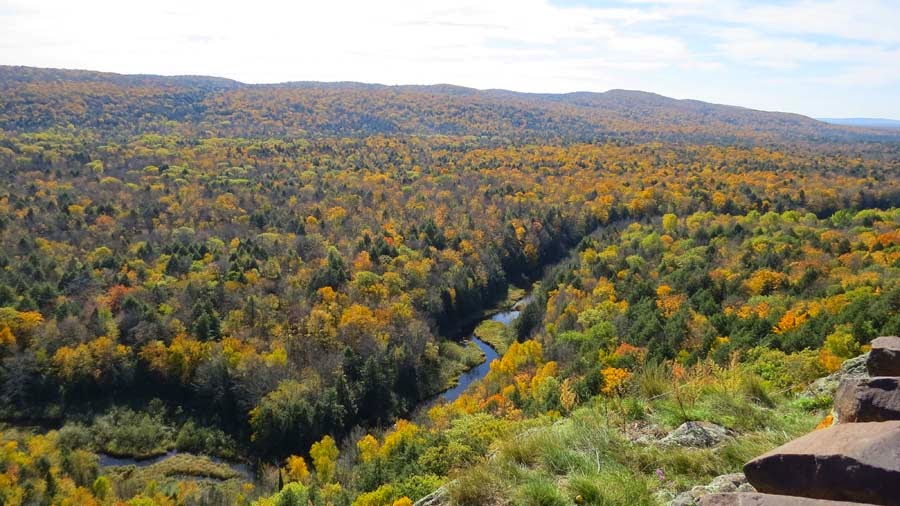 A couple of years ago when Helen and I hiked the park, we ventured up and along the north half of the Escarpment Trail.  This past weekend we hiked the south half. 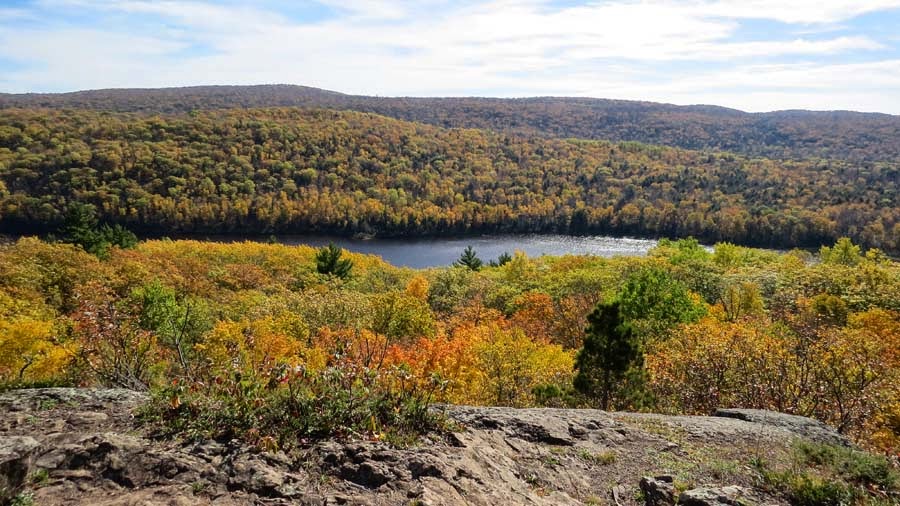 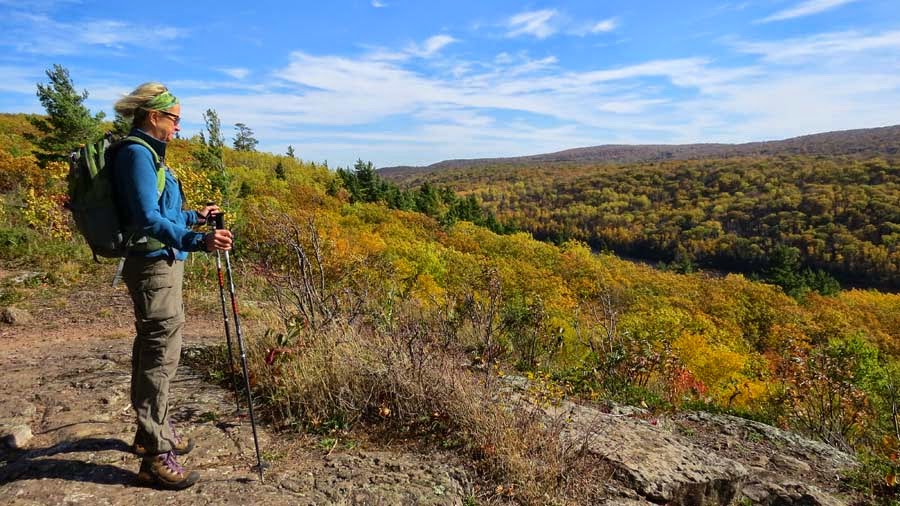 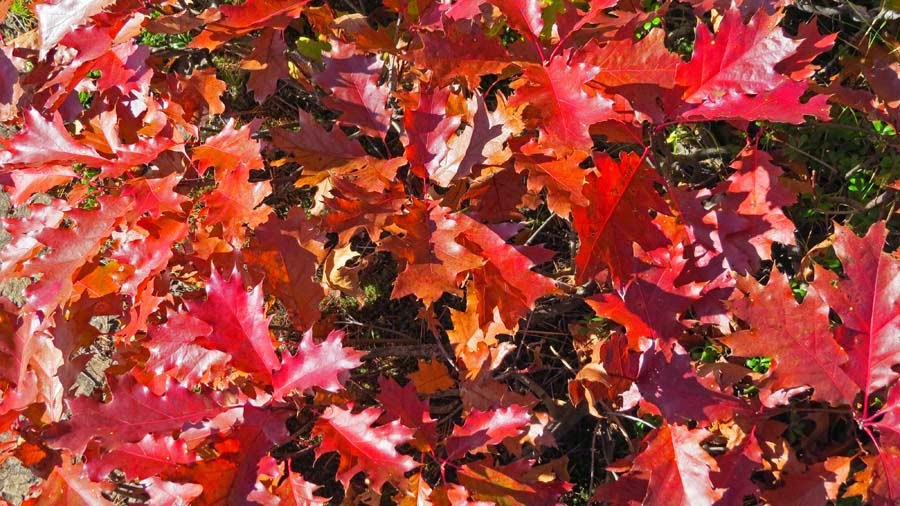 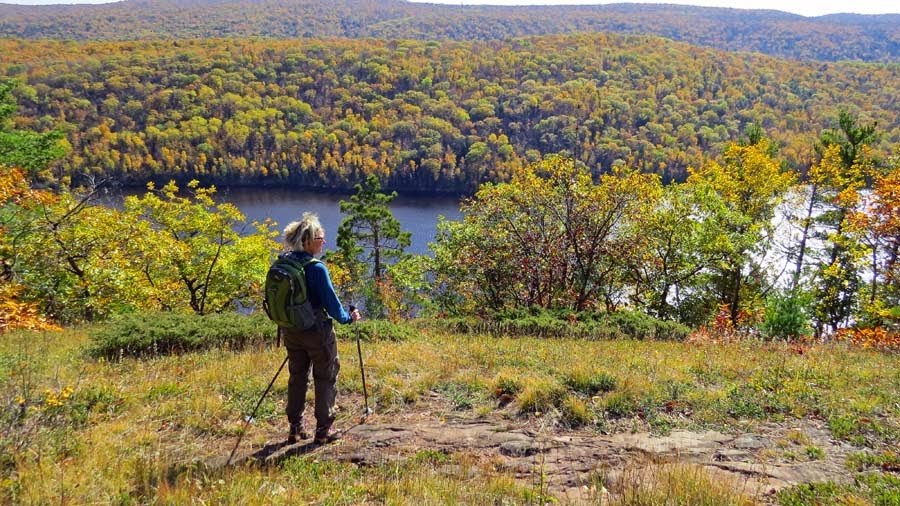 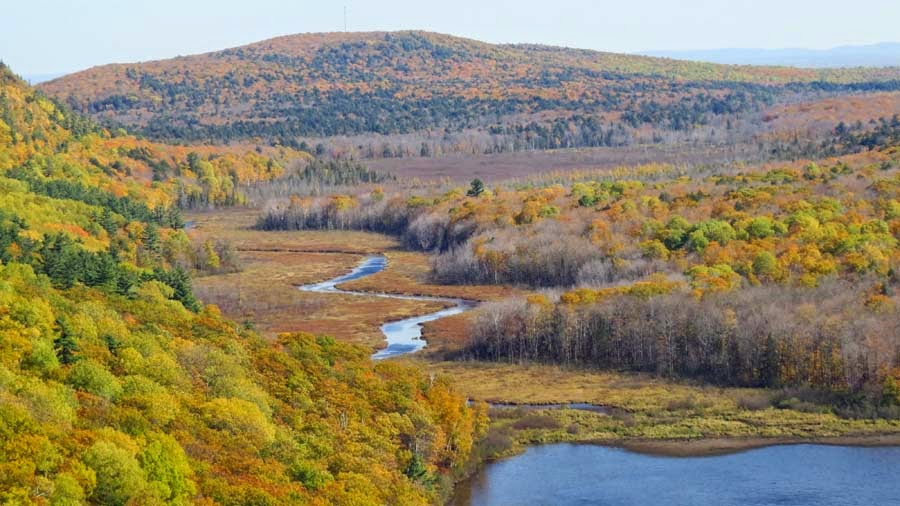 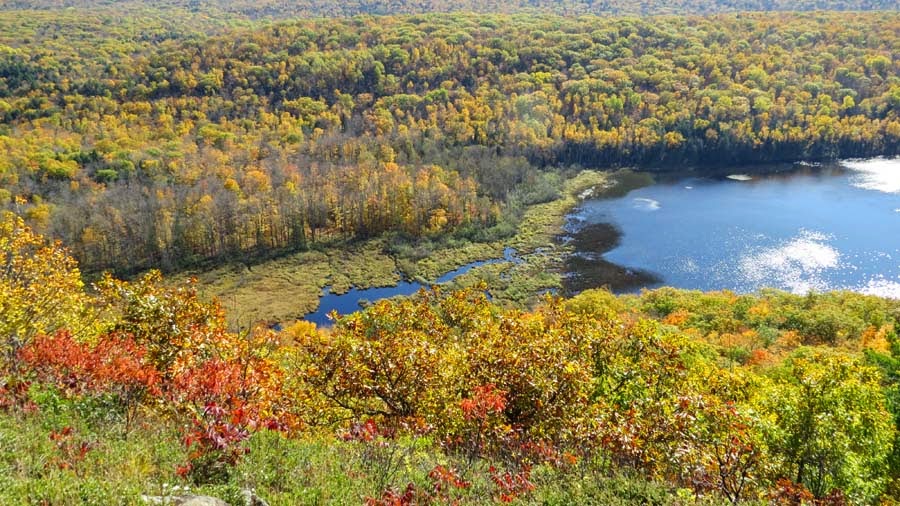 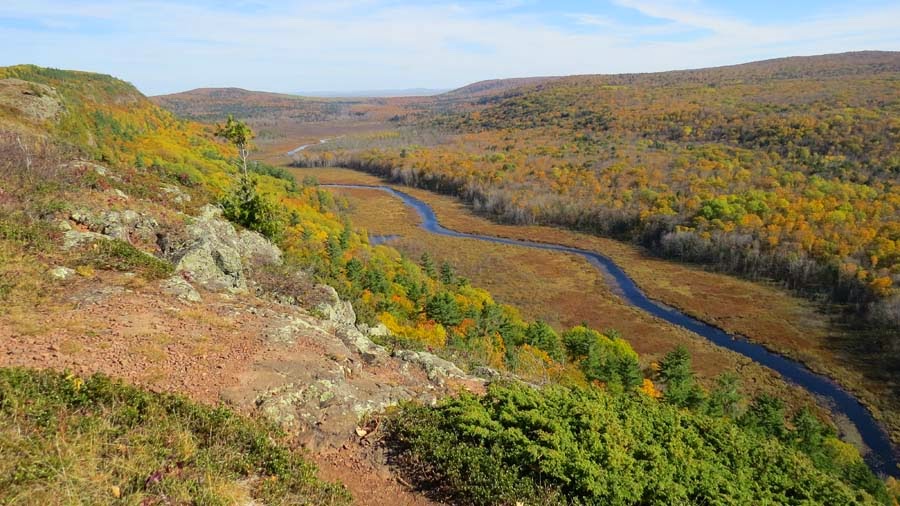 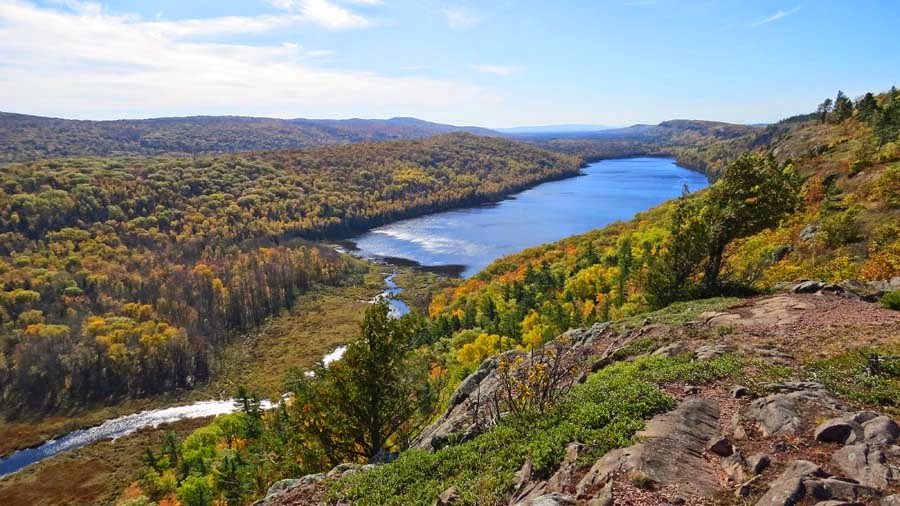 Although it was quite windy, it was a beautiful day! 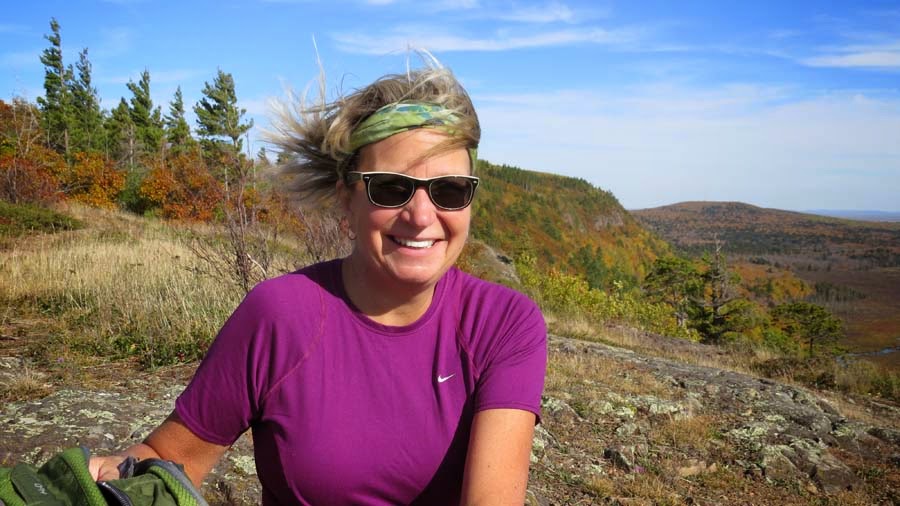 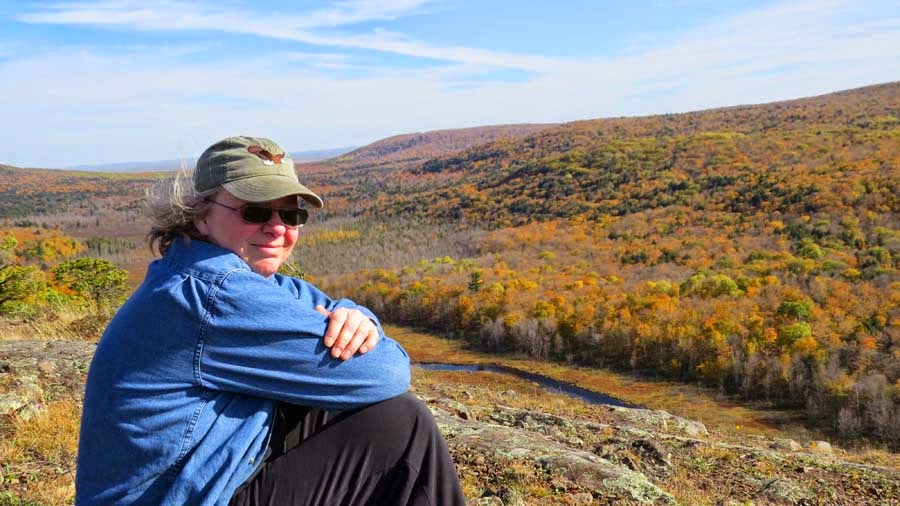 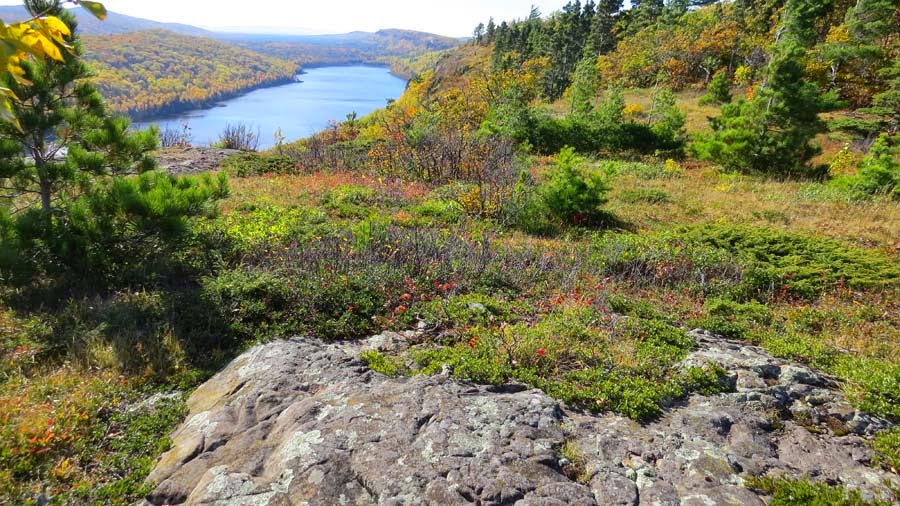 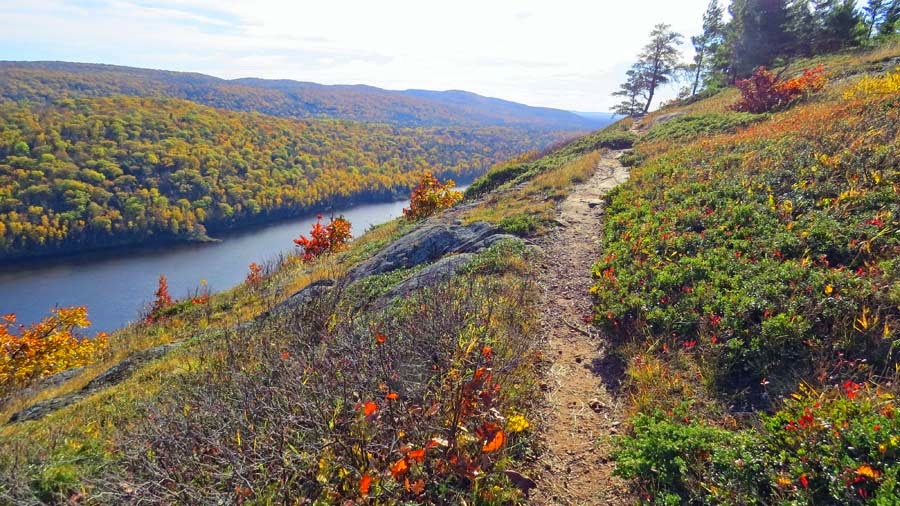 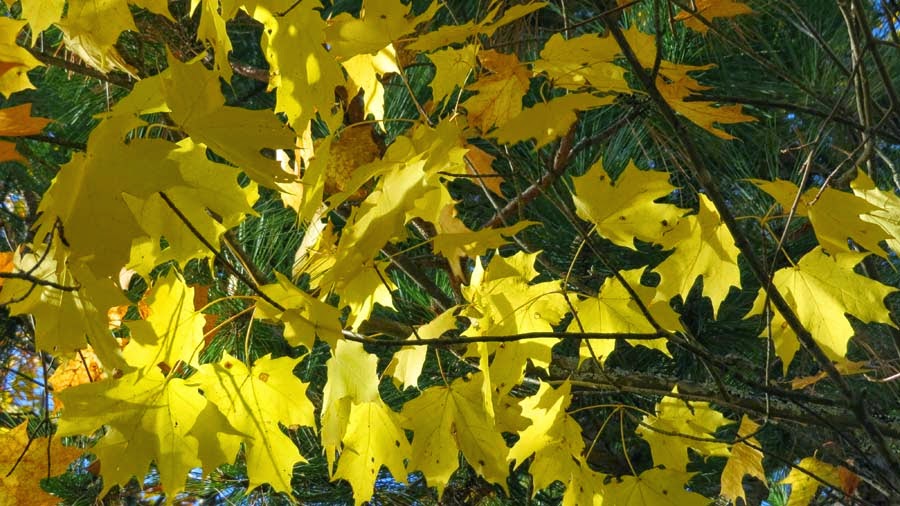 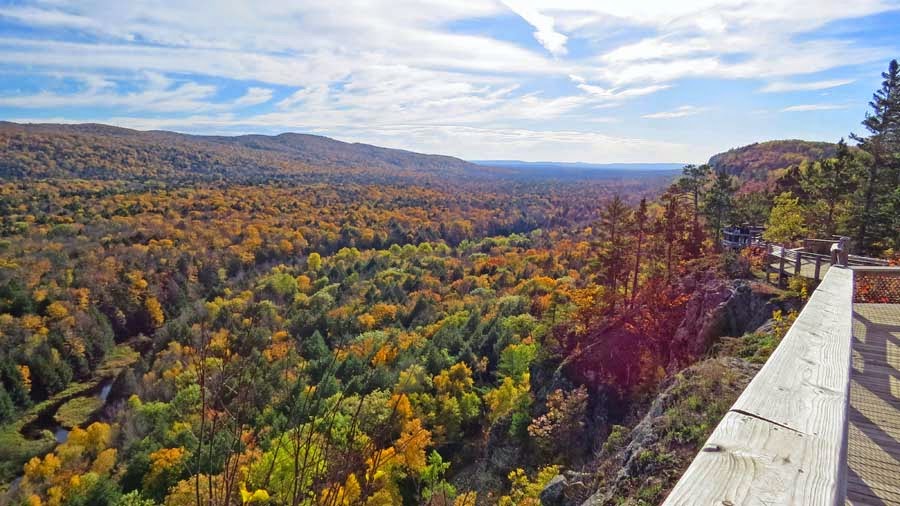