Yesterday I should have hiked early in the day when it was still sunny outside, but I waited until late afternoon.  It was the first time this year that I have driven to the Log Slide.  After walking to the observation platform, I had a hard time deciding if I was going to hike east into the dunes or west down the Au Sable Point trail.  I chose the latter so I could climb down and up "the hill that doesn't end" for exercise.  There was a little bit of mud, but a whole lot less water than is typical this time of year.

From the observation platform you could see one patch of ice floating off Au Sable Point.  There is also still some shore ice and grounded icebergs along the shore. 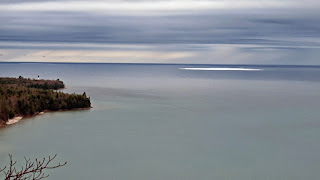 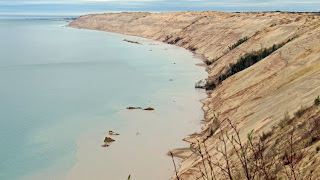 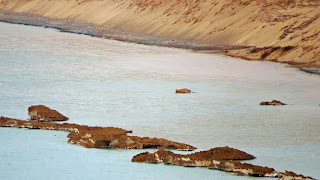 Drainage and erosion at the bottom of the Grand Sable Dunes. 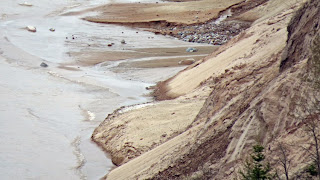 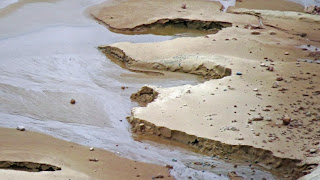 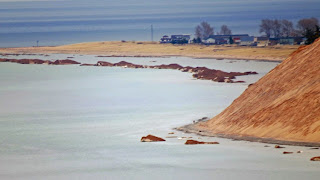 The forest floor is quickly waking up. 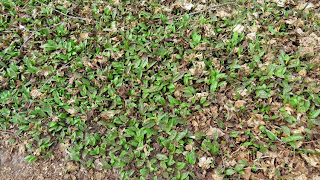 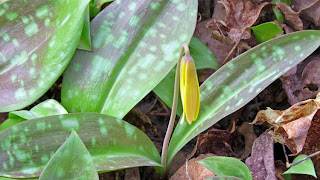 On the way to what I call Jacobesville Beach, located under the foot bridge around three quarters of the way to Au Sable Point. 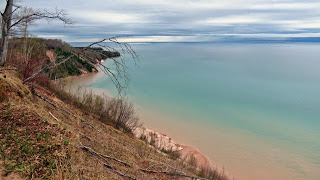 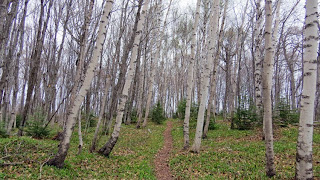 Looking down the bluff at erosion in a new spot. 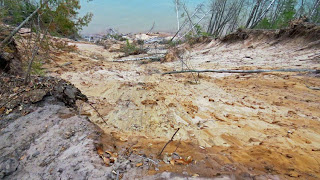