Today's blog posting is about stromatolites.  These are layered rocks that form as bio-chemical accretionary structures when microbial mats of cyanobacteria  trap, bind and cement sedimentary grains.  These mounds form along shallow ocean coastlines.  As the organic mat grows, waves and tidal actions move sediments to cover the mat.  The living organisms grow up to access sunlight, which fuels their photosynthesis.  Scientists believe that sstromatolites were the first organisms to evolve on Earth, providing ancient records of life on Earth by fossil remains which date from more than 3.5 billion years ago. They peaked about 1.25 billion years ago and subsequently declined in abundance and diversity, so that by the start of the Cambrian they had fallen to 20% of their peak. 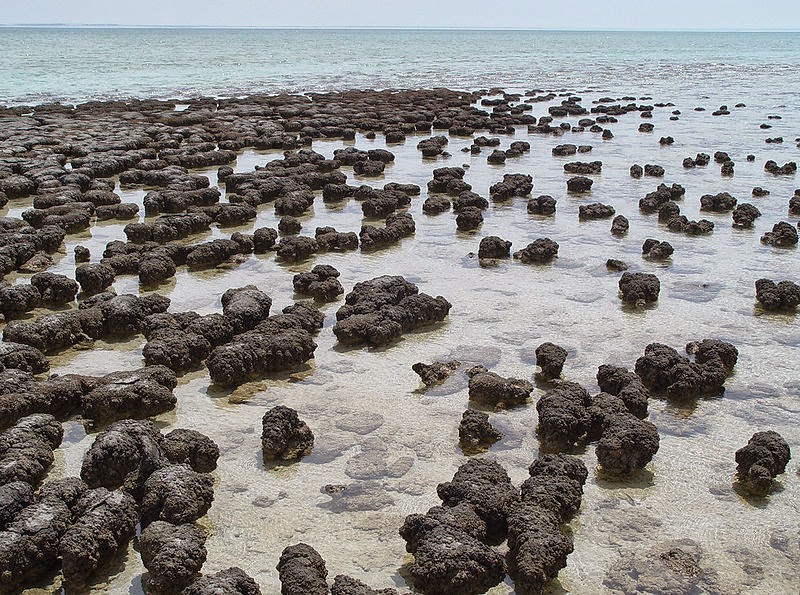 Live stromatolites in the Bahamas. 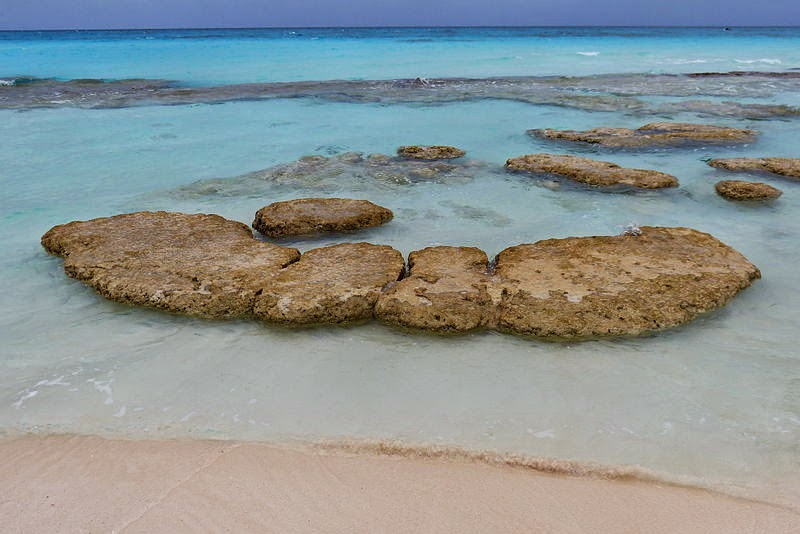 Last year I was able to purchase actual stromatolite mounds that have not been metamorphosed.  These are from Morocco.  I kept one and sold the rest. 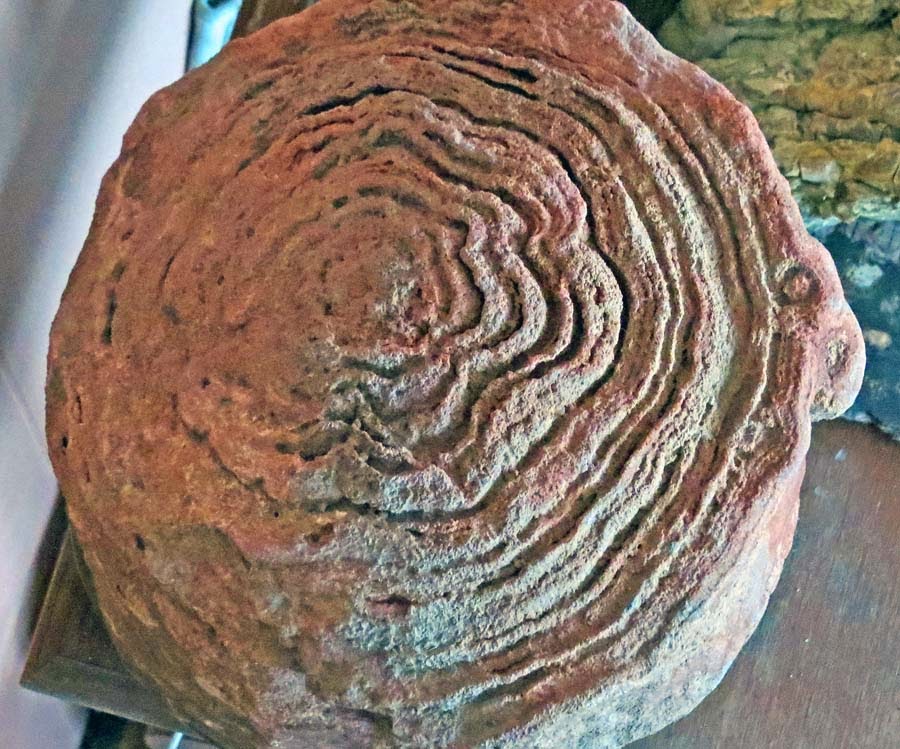 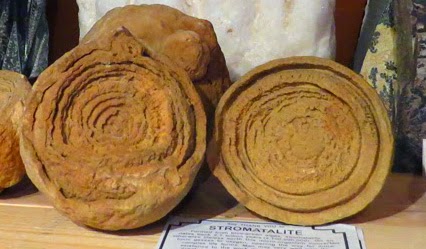 While hiking in the Grand Canyon, I spotted this stromatolite boulder along side of Bright Angel Creek around a half mile north of Phantom Ranch.  I checked with the park ranger and confirmed my identification. 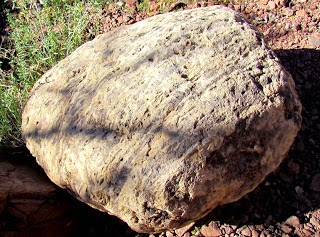 While visiting friends in western Wisconsin, I spotted the stromatolite boulder from across the yard.  It looks remarkably similar to the boulder I saw in the Grand Canyon. 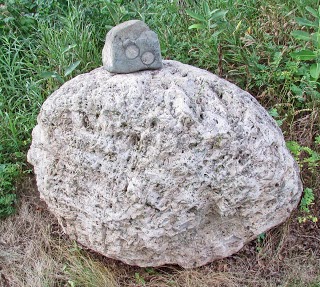 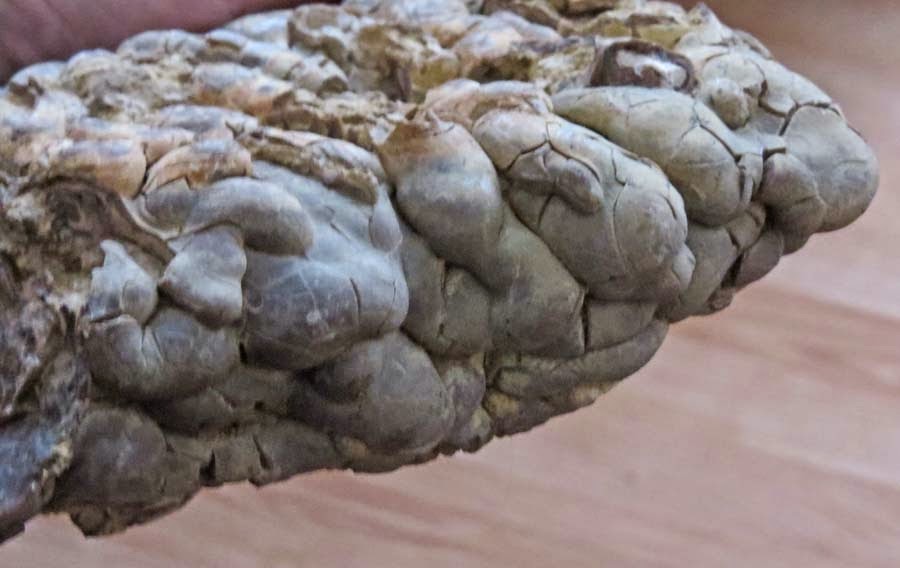 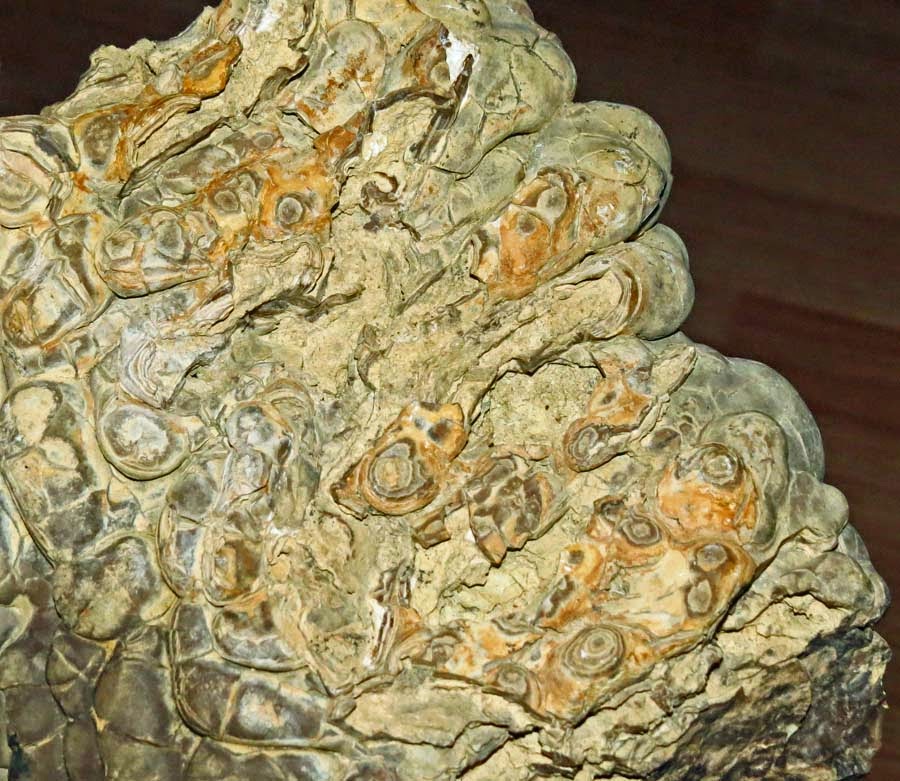 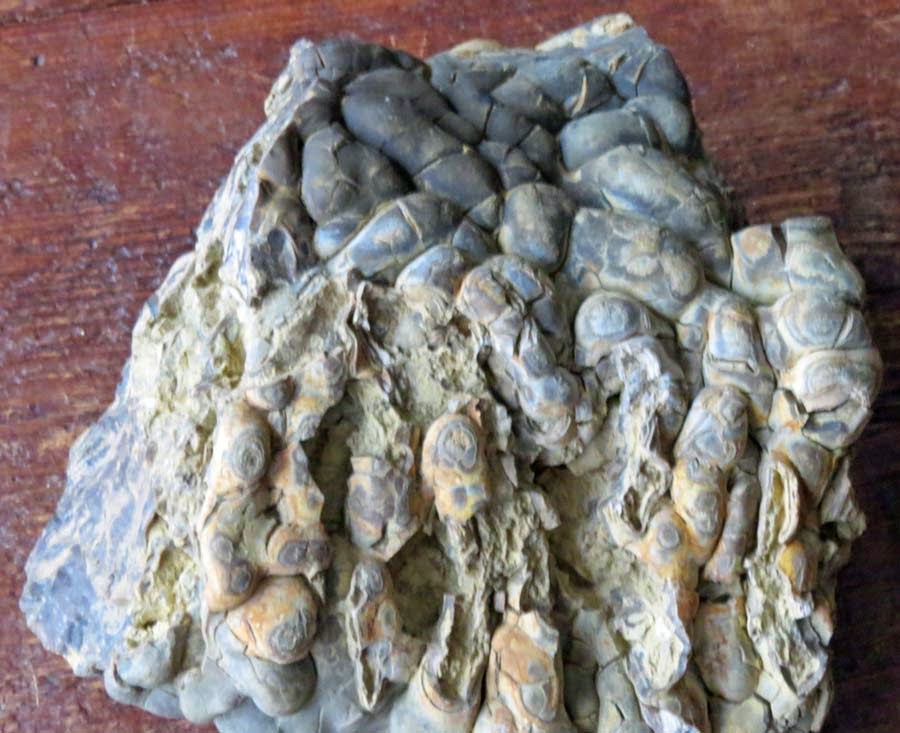 Here is a USB microscope photo of the above stromatolite. 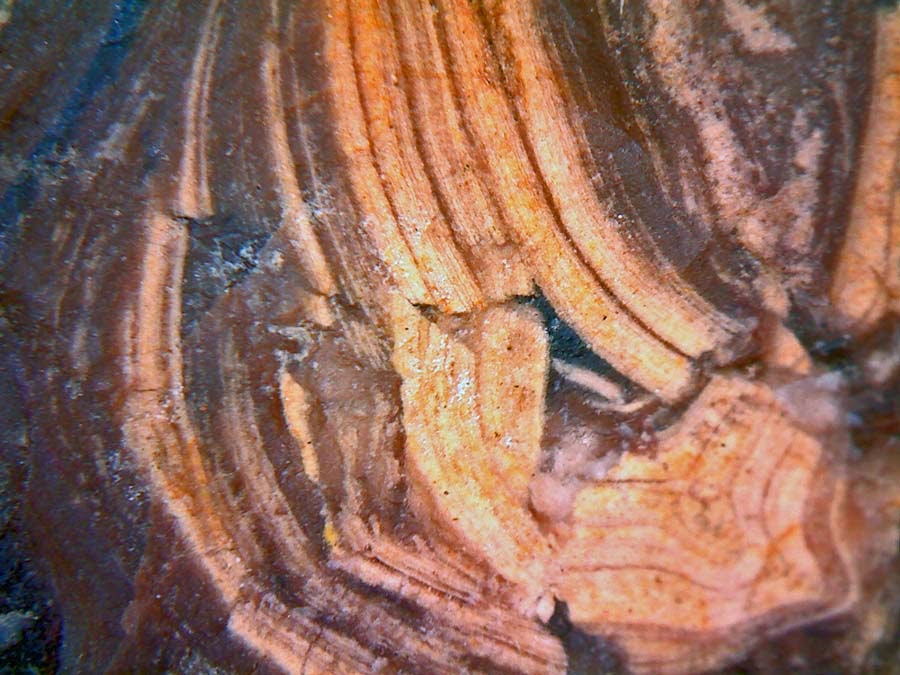 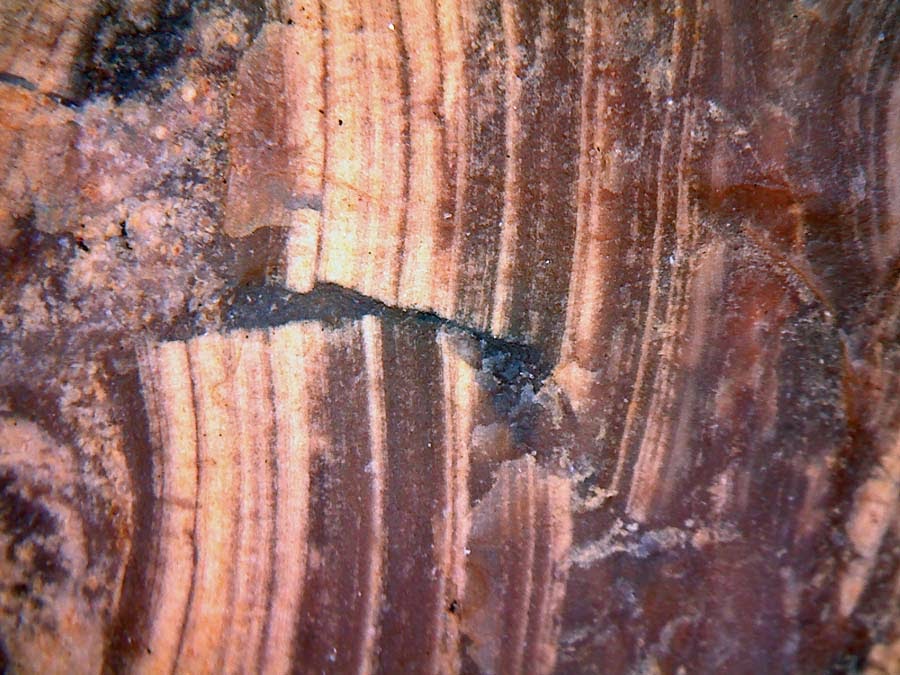 In many cases the stromatolitic remains metamorphosed into rock.  There is a cliff in Harvey, MI (near Marquette) that is solid fossil remains. 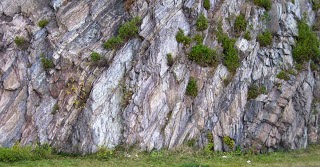 Another example of metamorphosed stromatolites is Mary Ellen Jasper from Minnesota.  Here are some photos of specimens along with some USB microscope camera pictures. 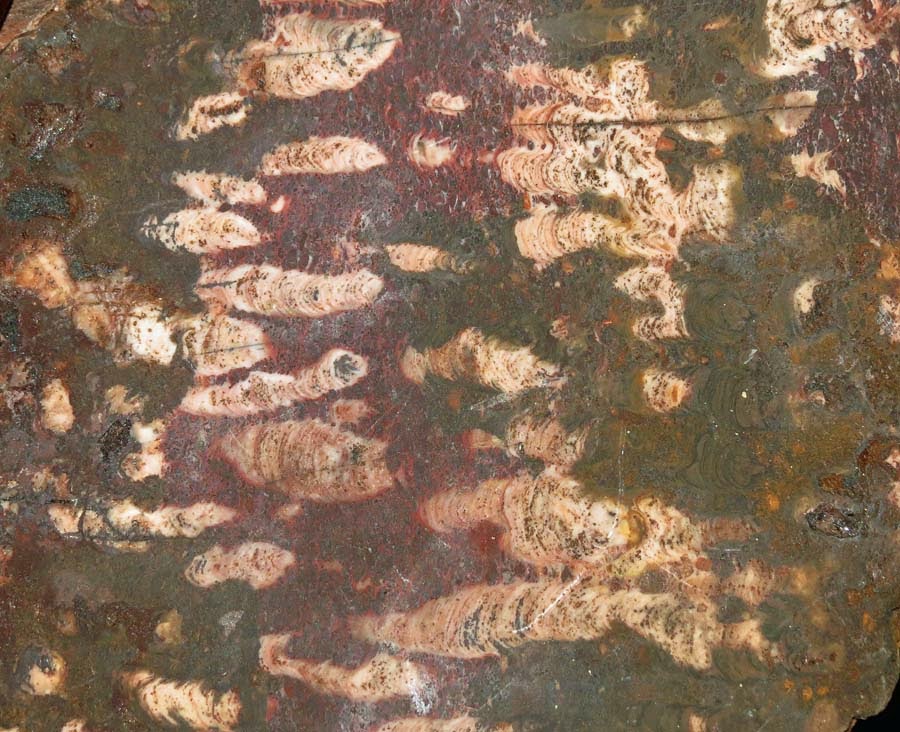 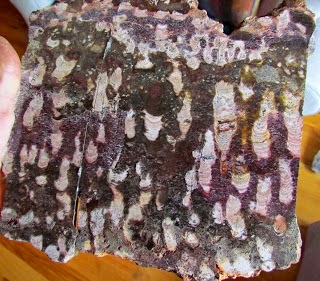 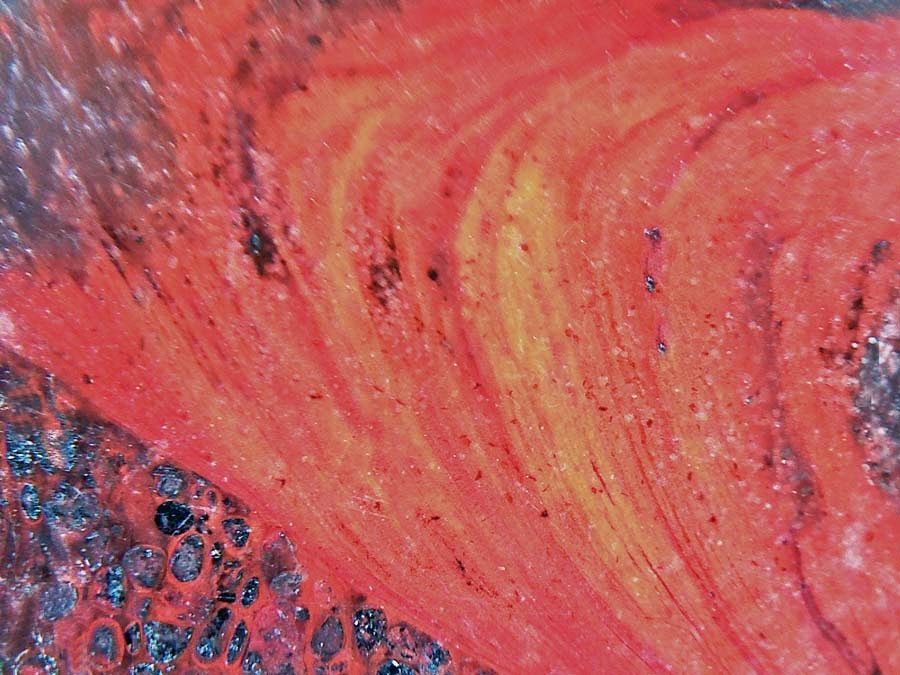 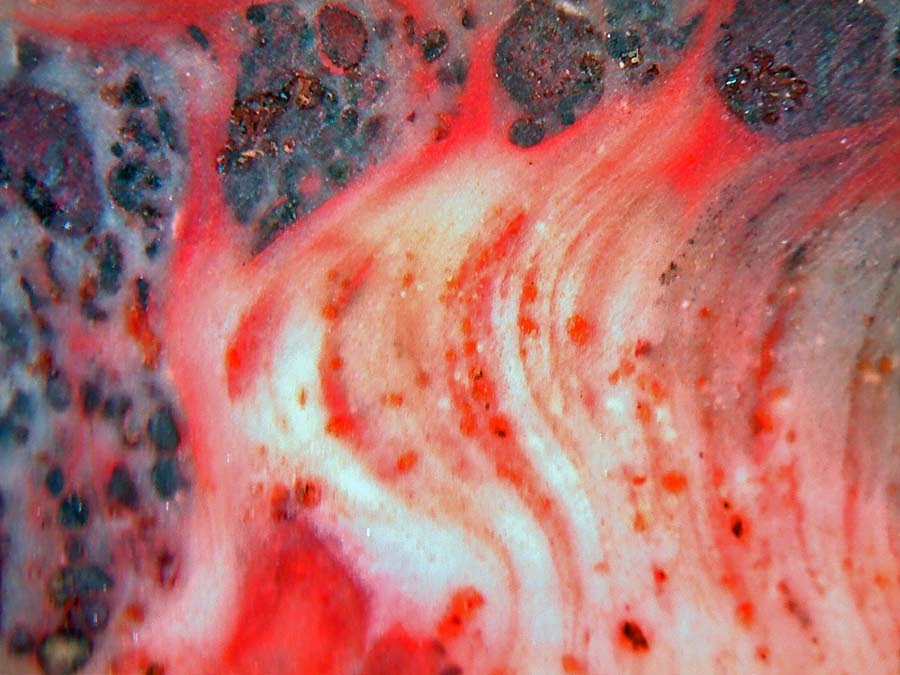 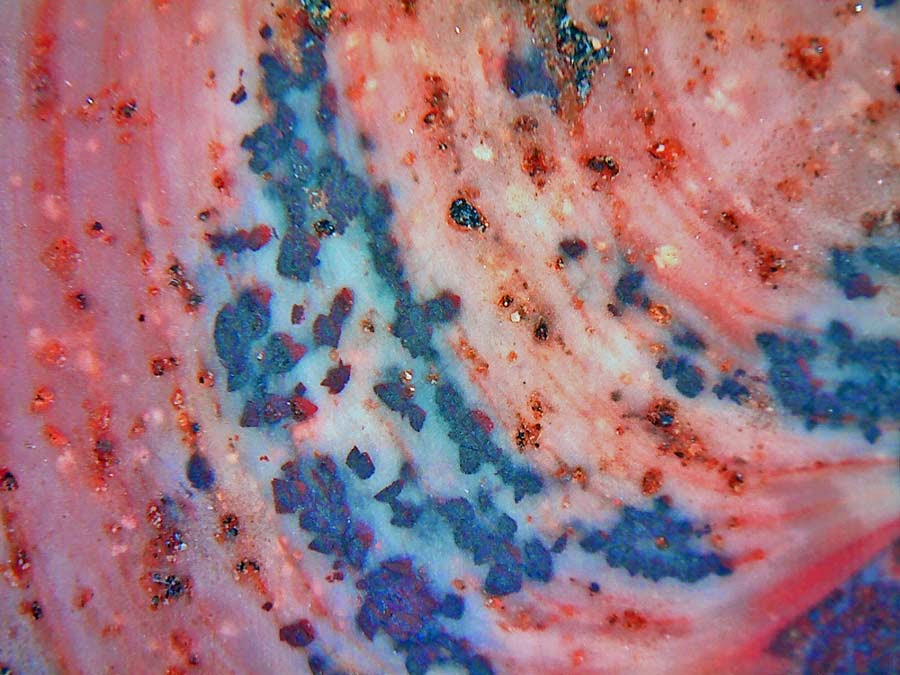 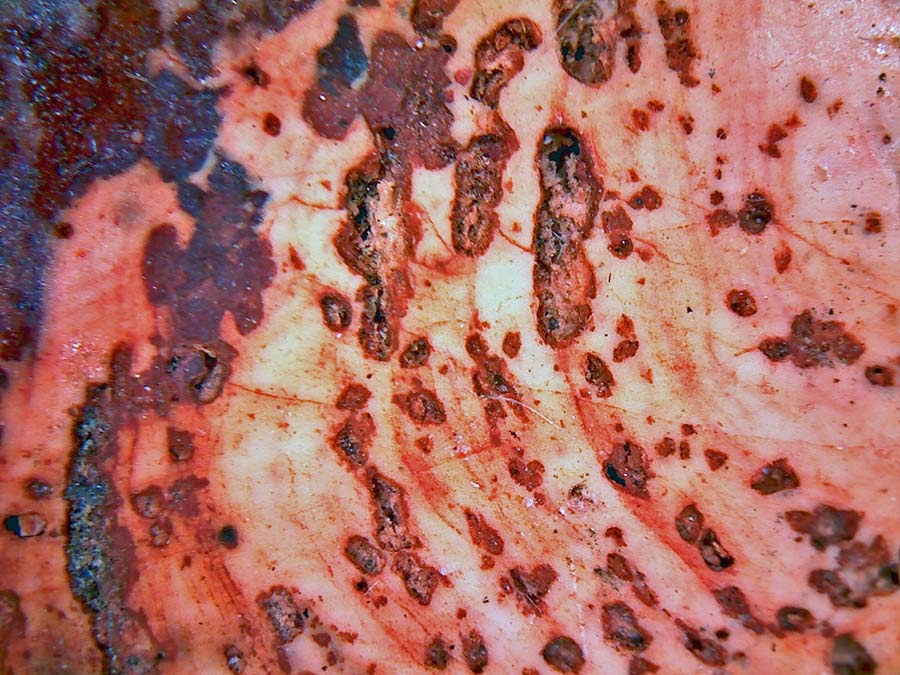 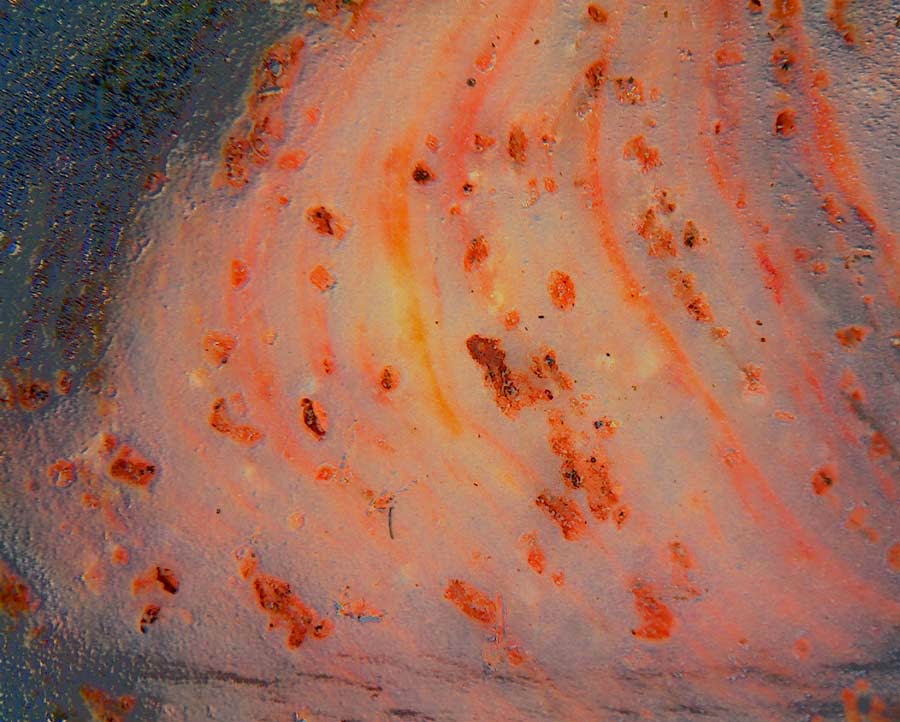