Landing on a Comet: History is Being Made Today

For those of us who are fascinated with space missions, today is a great day.  For the first time in human history we will land a probe on a comet that is moving through space toward the inner part of the solar system.

Rosetta is a robotic space probe built and launched by the European Space Agency to perform a detailed study of comet 67P/Churyumov–Gerasimenko with both an orbiter and lander module.  The purpose of the mission is to solve the mysteries of comets, which are made from primordial material that predates the birth of the solar system.  Scientists hope to learn more about how the solar system formed and how comets carried water and complex organic molecules to the Earth that may have led to the evolution of life on Earth. 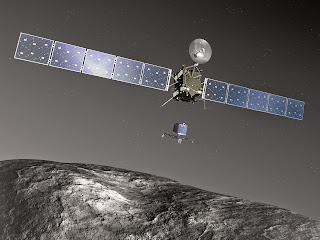 From its orbit around the comet, the Rosetta probe has taken incredible high-resolution images of the comet.

Below is a selfie photo showing the solar panel of Rosetta with the comet in the background. 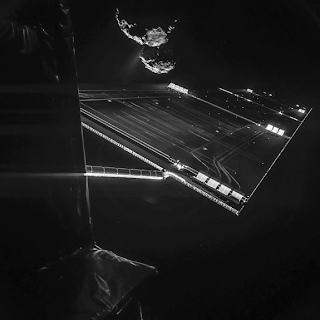 The comet is around 2.5 miles long. 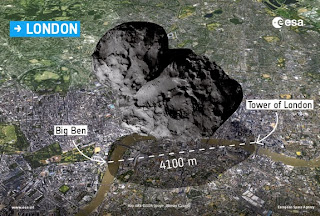 As the comet moves toward the sun, it is heating up -- which releases gas and dust.  This activity is expected to intensify as it gets closer to the sun.  By August of 2015, the comet will reach its closest point to the sun (1.3 Earth distances).  The lander will probably not survive that long, but the orbiter will stay with the comet. 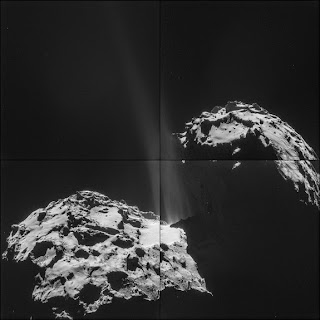 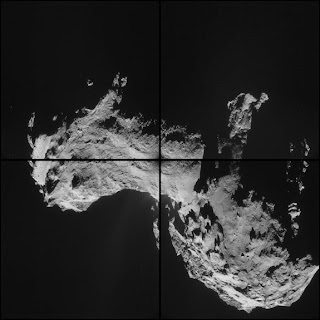 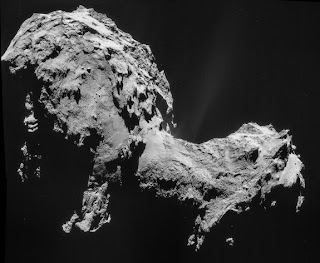 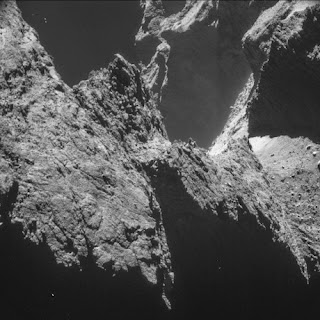 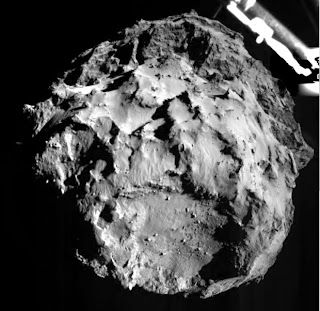 In the months to come, the mission will gather information on the comet's density, temperature and chemical makeup. It will also capture dust and gas released in ever more violent jets from the comet’s nucleus as it nears the sun.

Congratulations to the more than 2,000 scientists and engineers from the ESA as well as other space agencies for this great accomplishment!