The snow continued off and on all day yesterday -- at times heavy.  Over the last two days I have gone on two snowshoes with friend, Lois Fite.  I would guess that we have now received around two feet of snow.  Wow.  It looks more like January than it does November.  I have lived in Grand Marais for 20 years.  This is the most snow that we have had on the ground this early in the season since I've lived here.

Two days ago we headed into the school forest.  I wore my colorful funky hat due to the fact that there could be hunters in the woods. 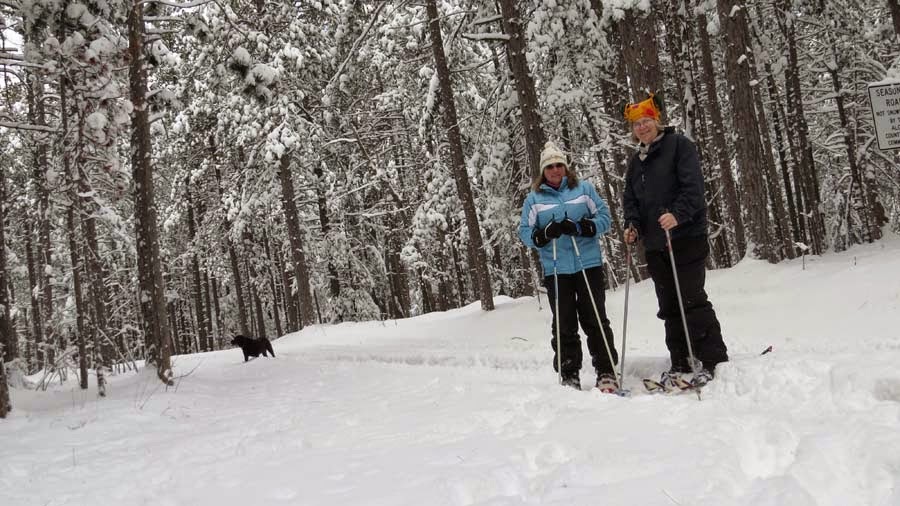 We parked off H58, which was difficult since nothing had been plowed out, and walked toward the bridge.  You can see one of Lois's dogs, Bear, leading the way in the picture below. 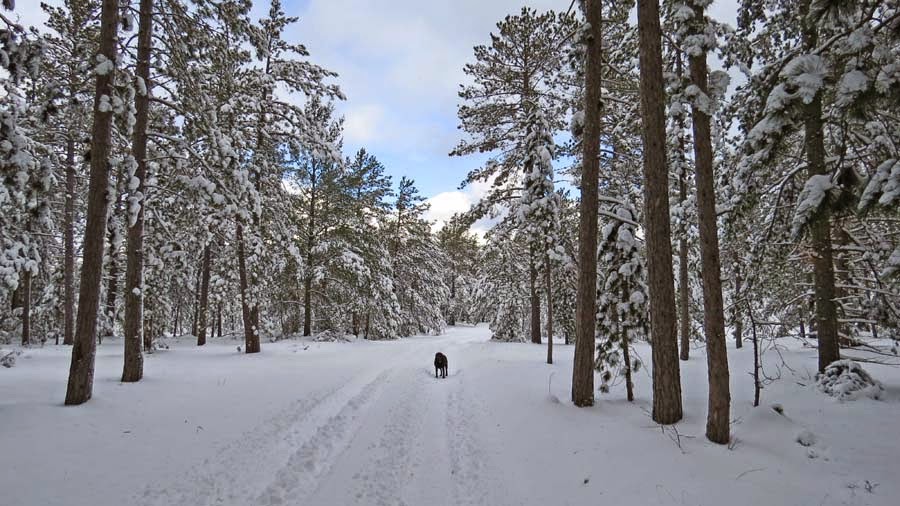 Snow coated everything.  It was beautiful. 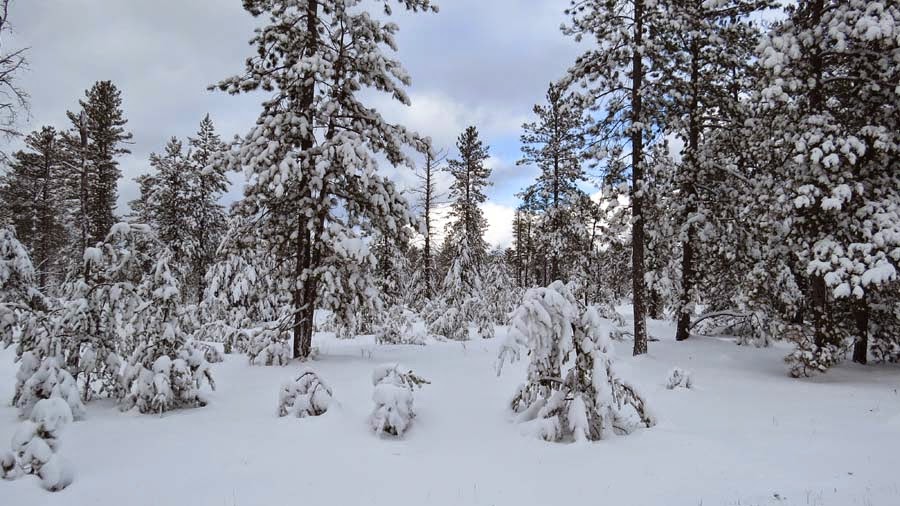 When you live in a small town you notice anything that is different.  We noticed this new sign on the street sign at the intersection just before the bridge. 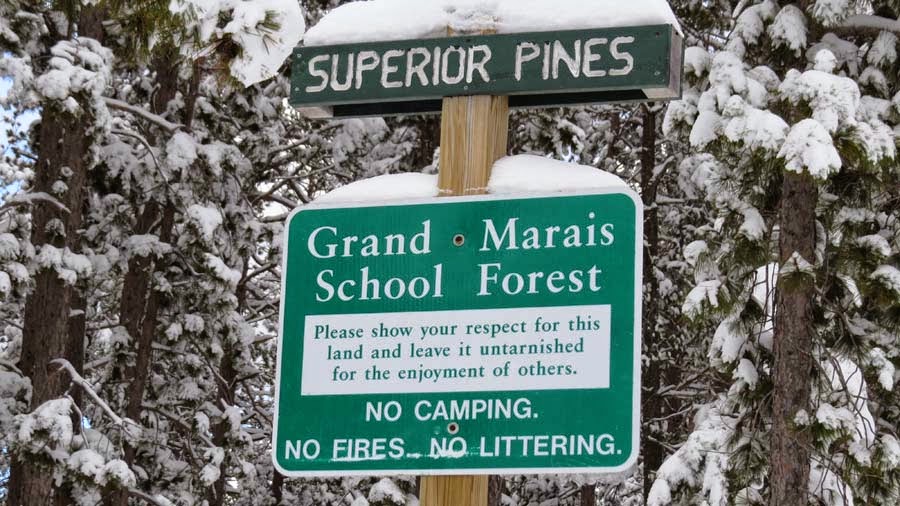 When we arrived at the bridge, we headed left and snowshoed along the Sucker River. 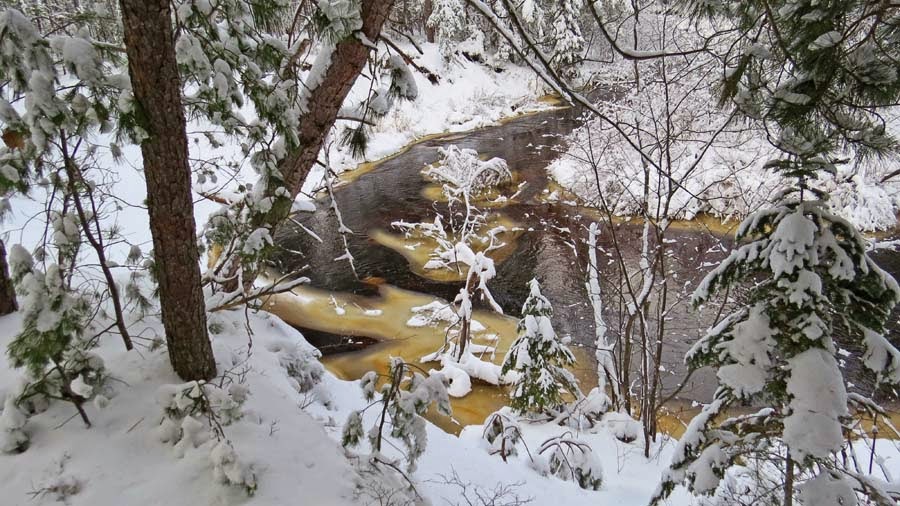 Around a half mile down, we headed back to the south until we found the unplowed road. 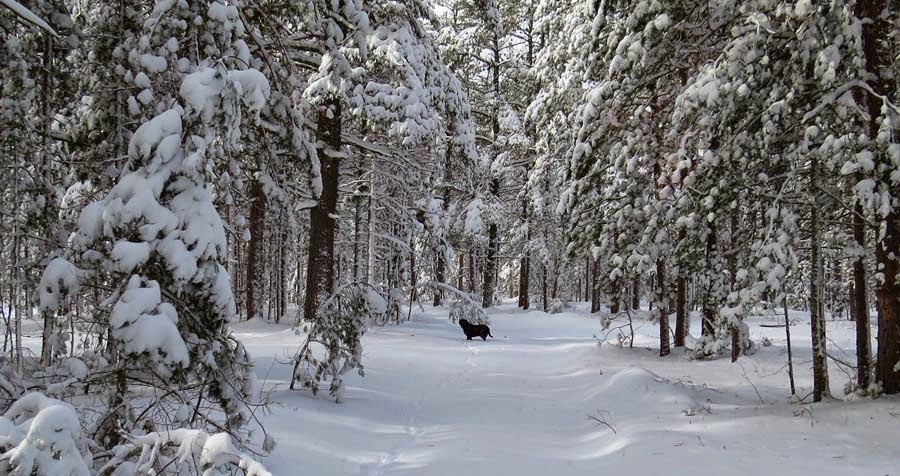 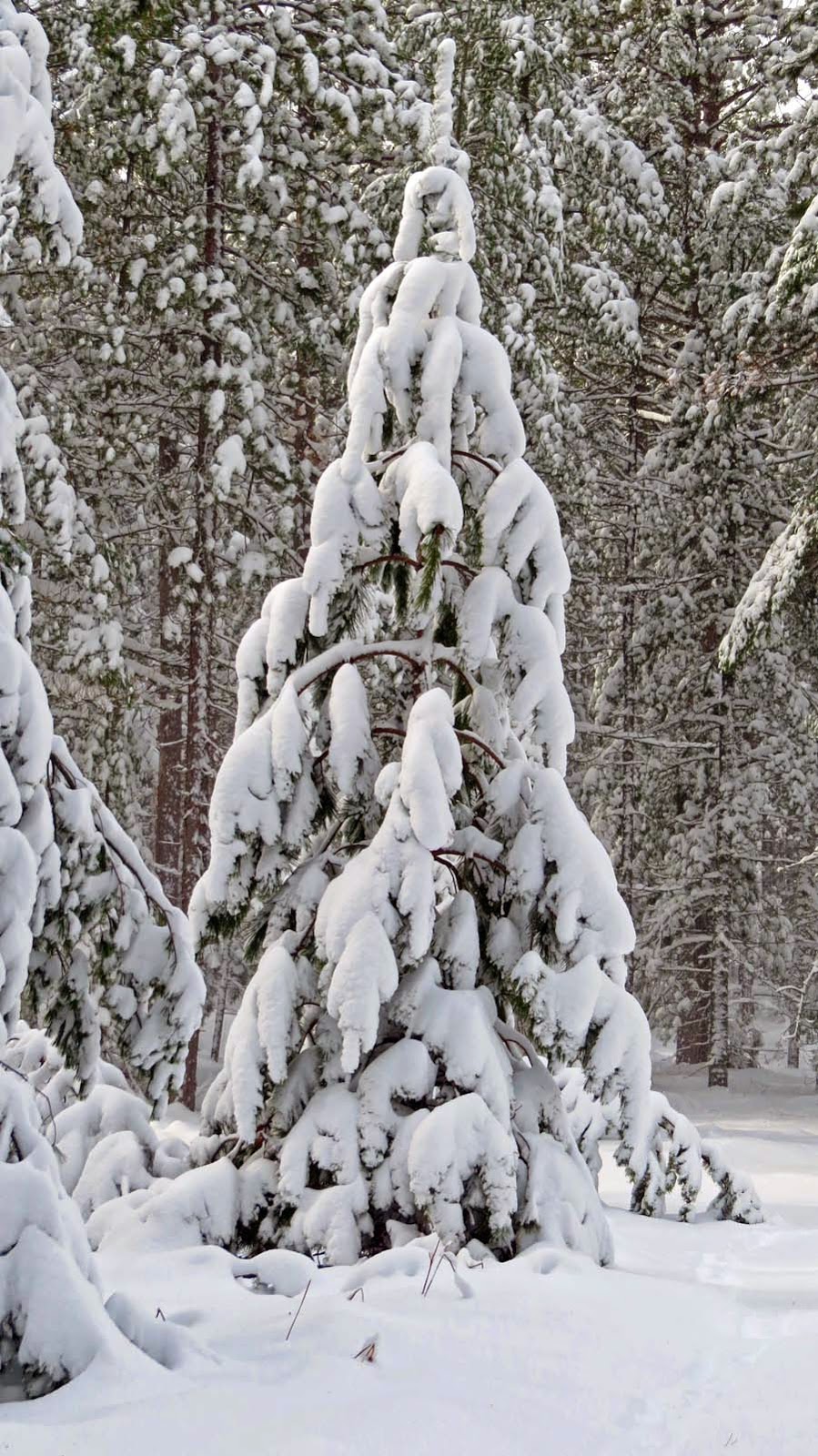 Then we snowshoed past the chimney, left over from a building that once stood in the school forest. 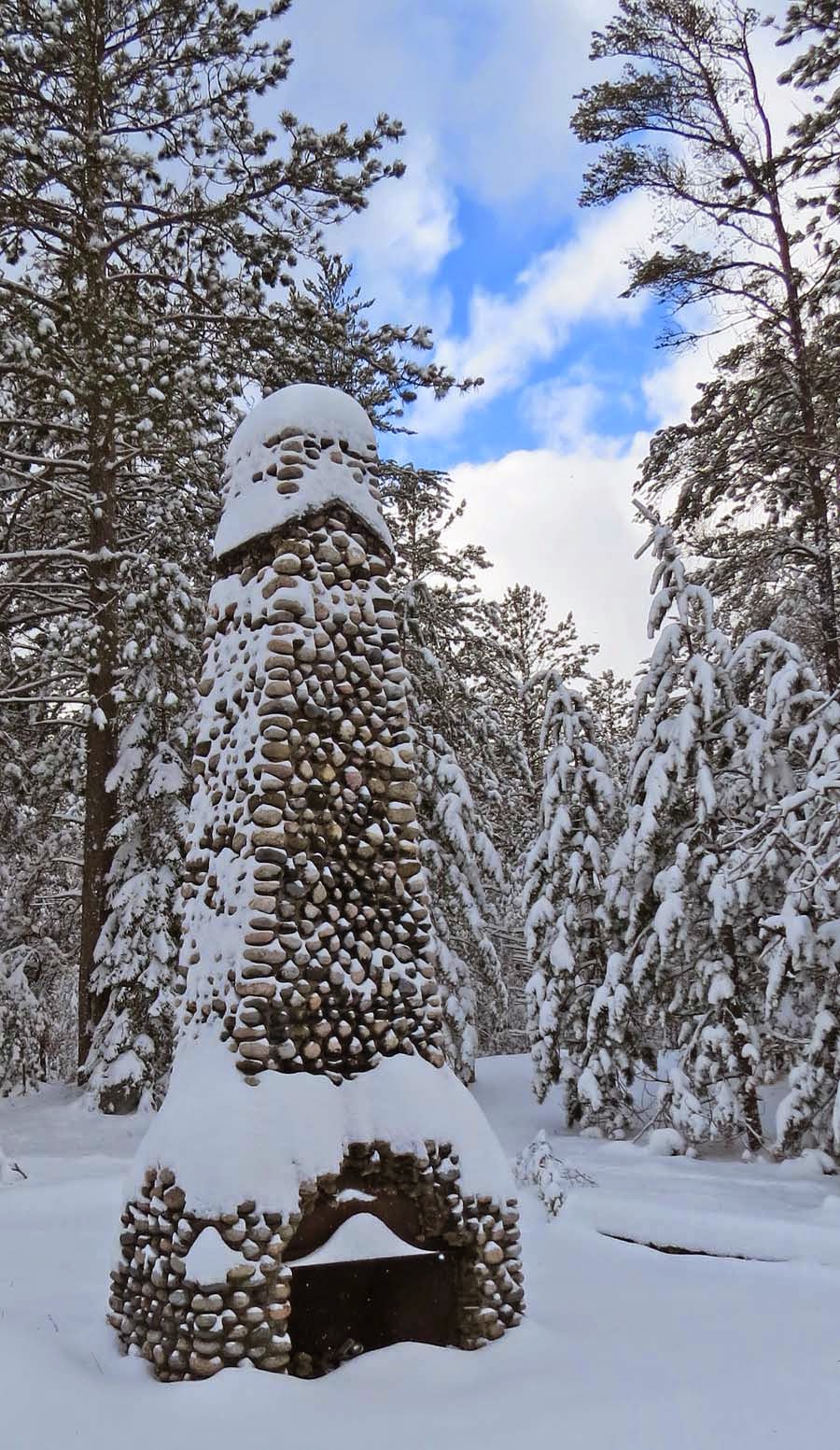 As we followed the unplowed road, it lead us again along the river. 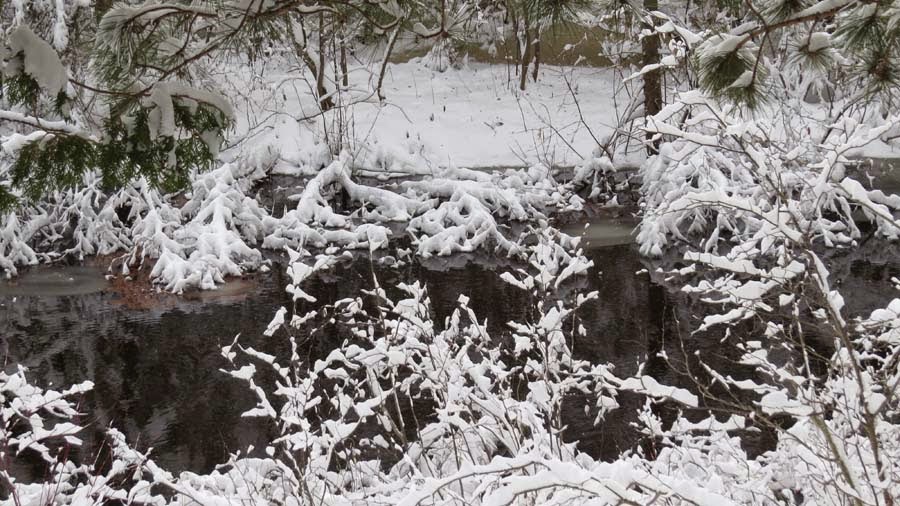 In the picture below you can see how the heavy snow toppled many of the trees. 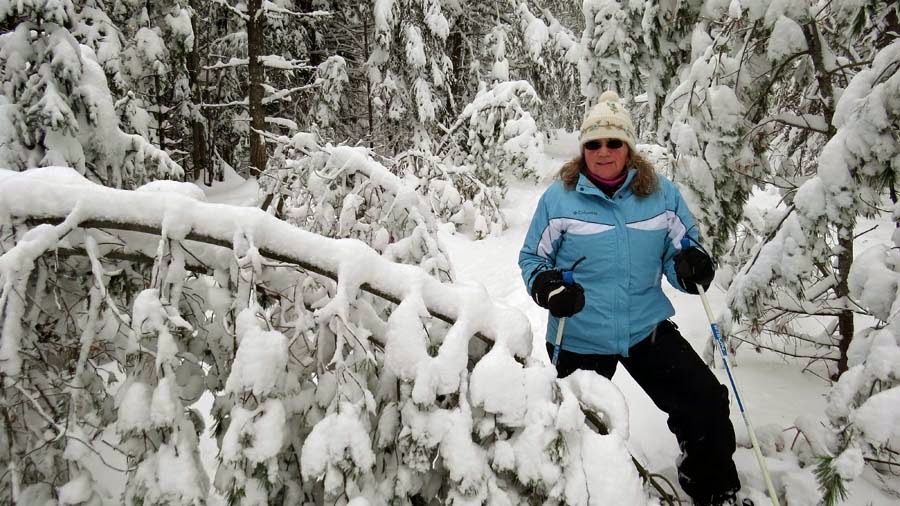