A blizzard is a storm with "considerable falling or blowing snow" and winds in excess of 35 mph and visibilities of less than 1/4 mile for at least 3 hours.  Yesterday we had lake effect snow with very strong winds all day.  Since there were intermittent periods between lake effect bands of snow, I am not sure the national weather service would have classified it as a blizzard, but the winds never stopped so there was consistent blowing snow.  It was VERY intense!

My friend, Lois, and I parked at the community center and snowshoed to First Creek. 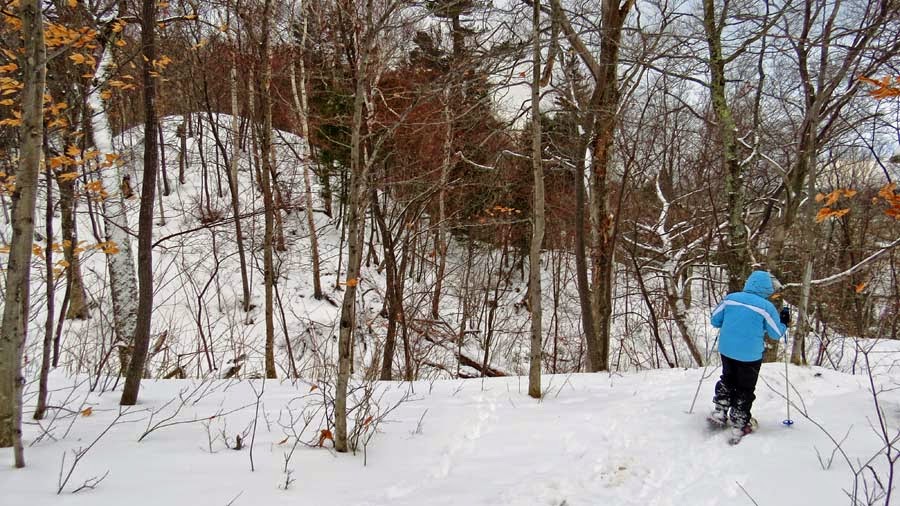 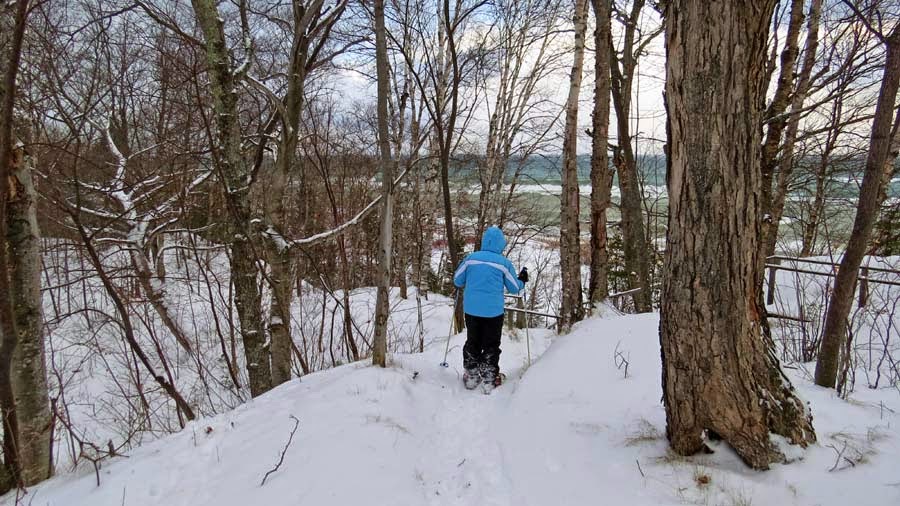 Then we snowshoed up the slope west of First Creek.... 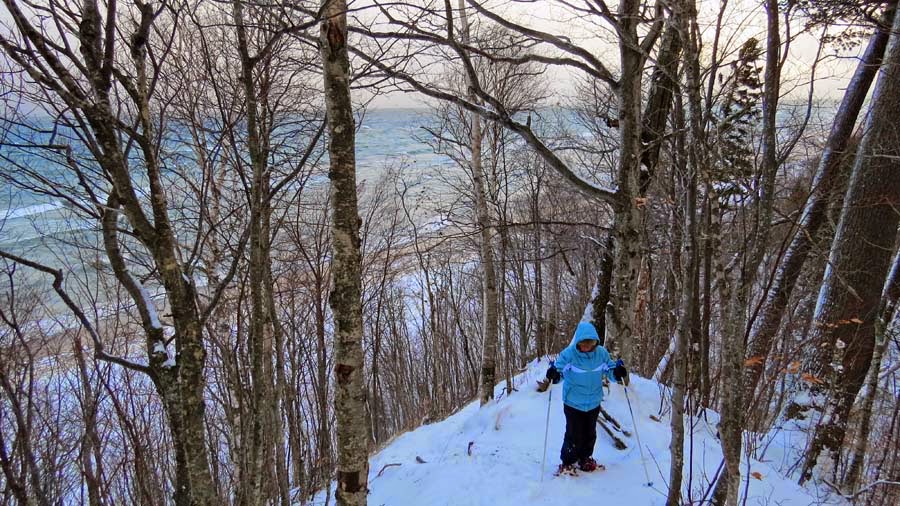 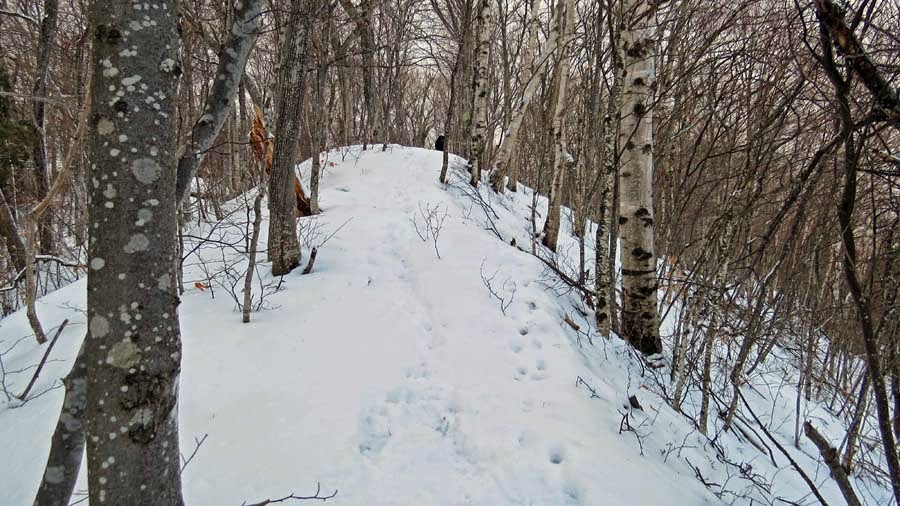 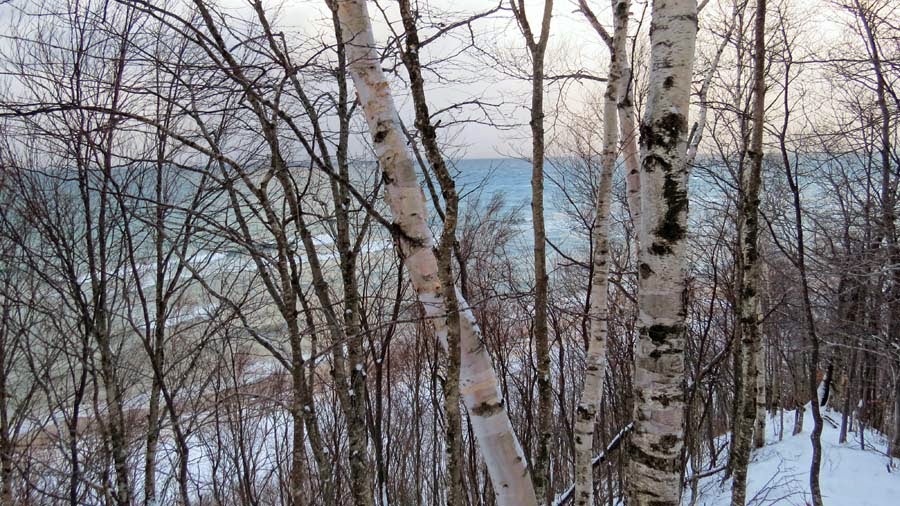 Next we headed down the beach back to town.  As I said -- it was intense!  The winds were sustained at round 40 mph with gusts well over 50 mph.  Twice the wind almost blew me over.  When I held my ski poles out hanging from the straps, the winds blew them horizontal! 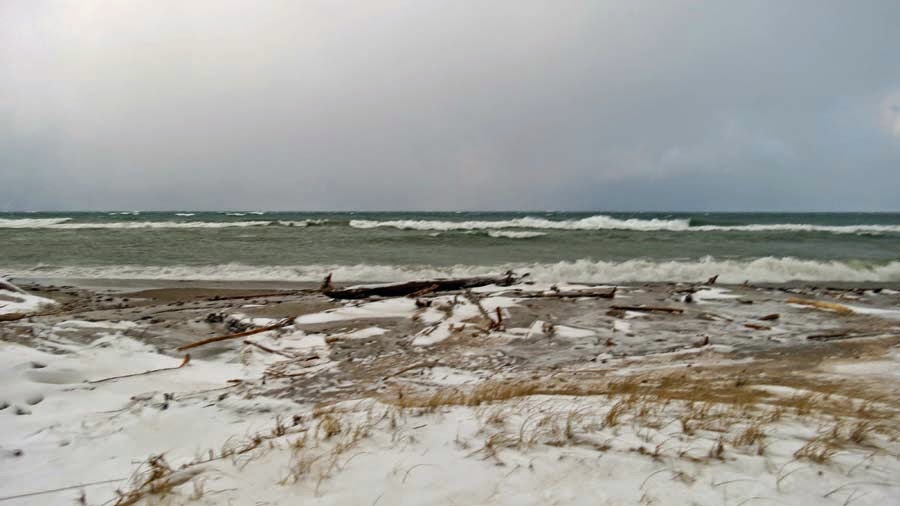 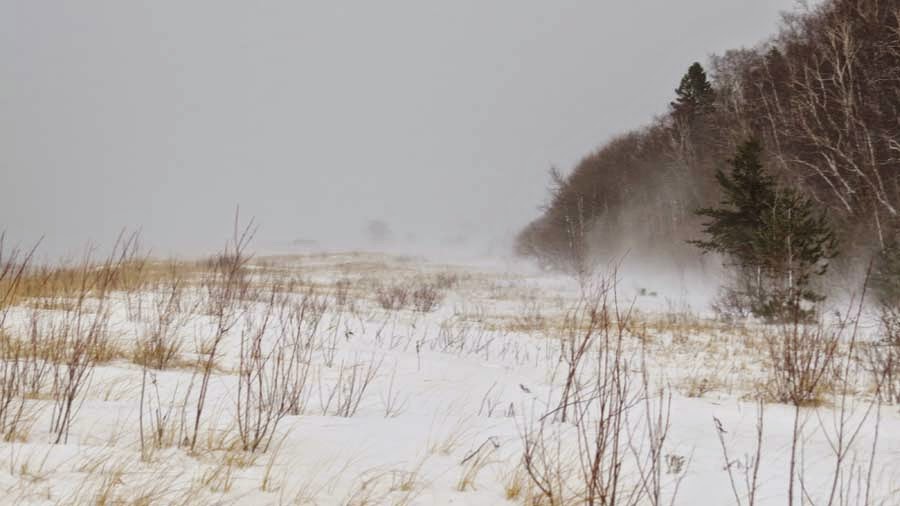 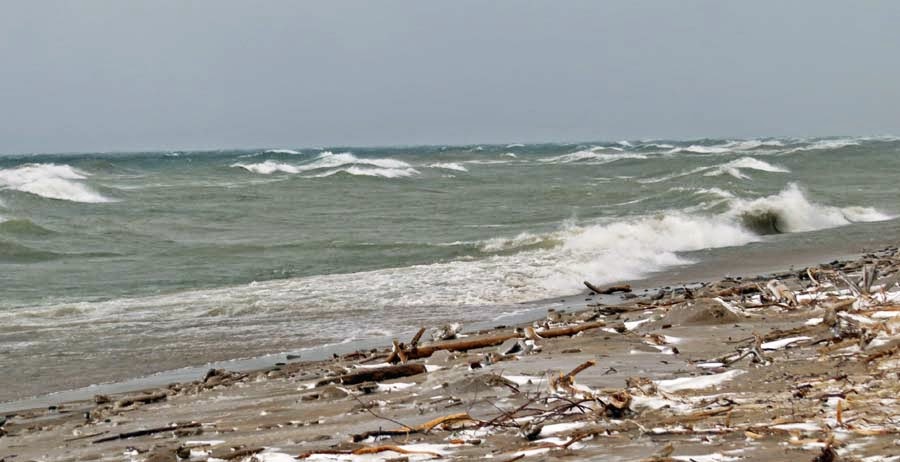 Lois's dogs, Bear and Nora went with us.  Even the dogs were amazed at the wind!  Notice all the new debris all over the beach. 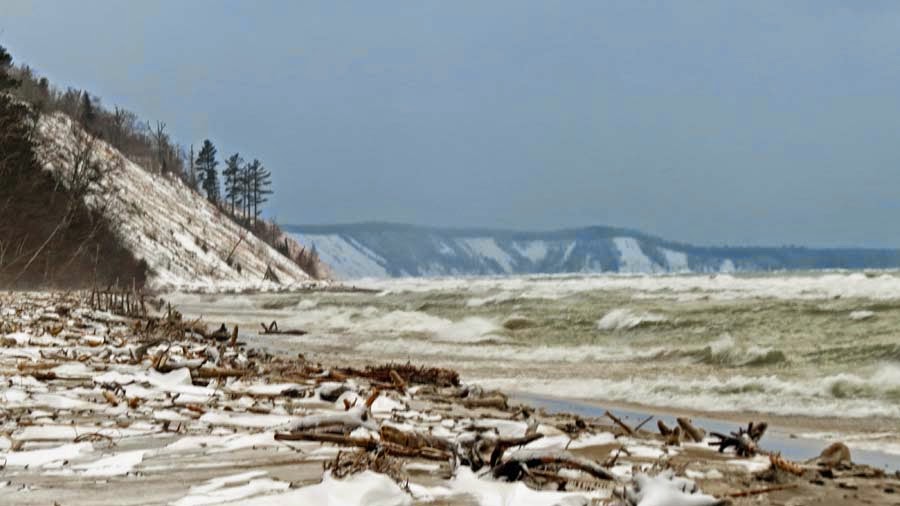 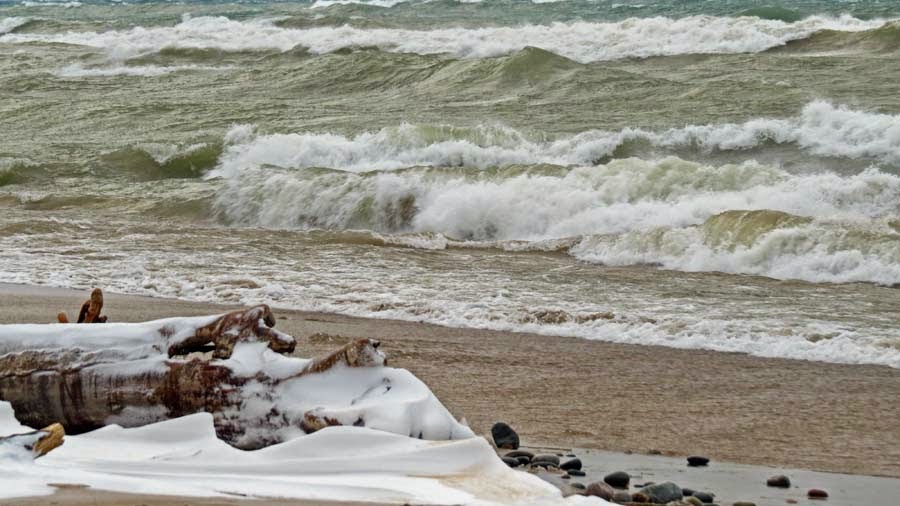 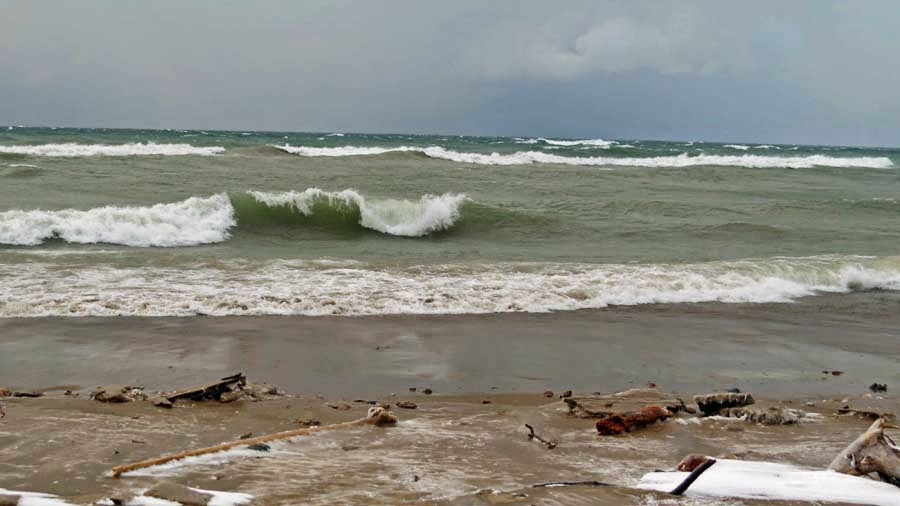 Some of the driftwood logs were covered with ice! 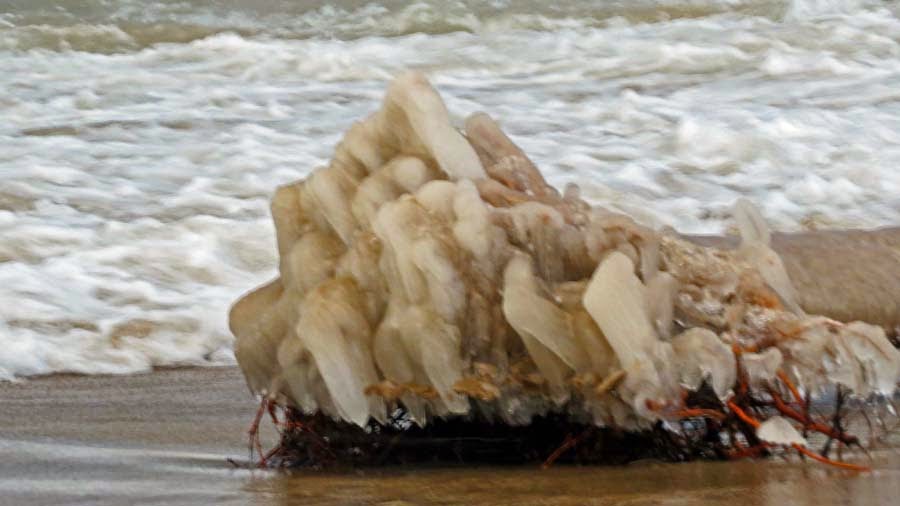 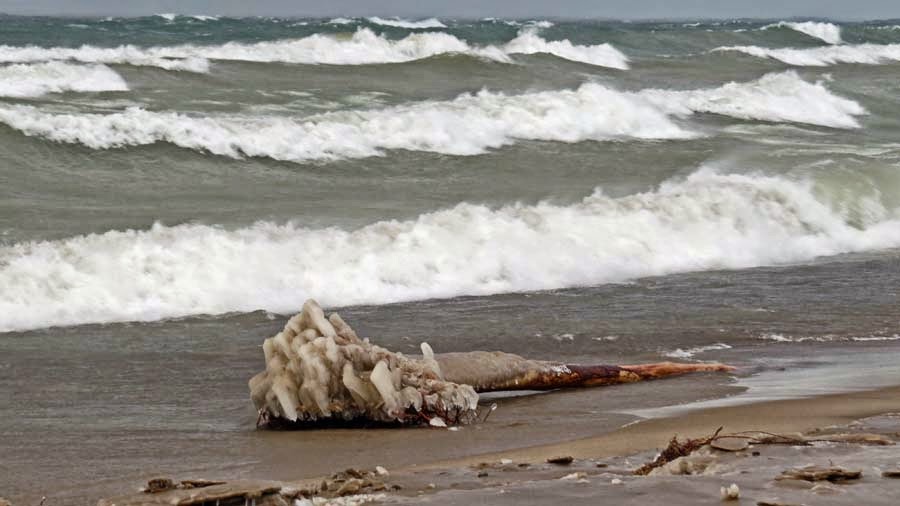 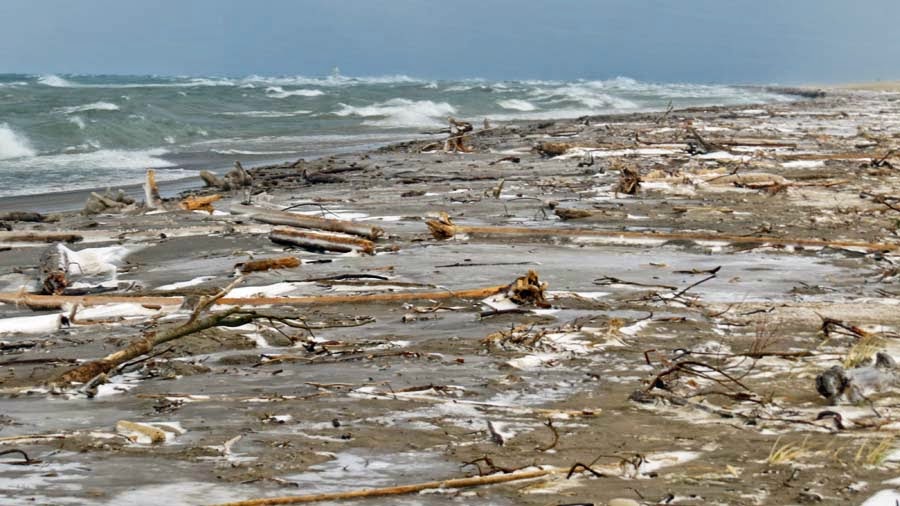 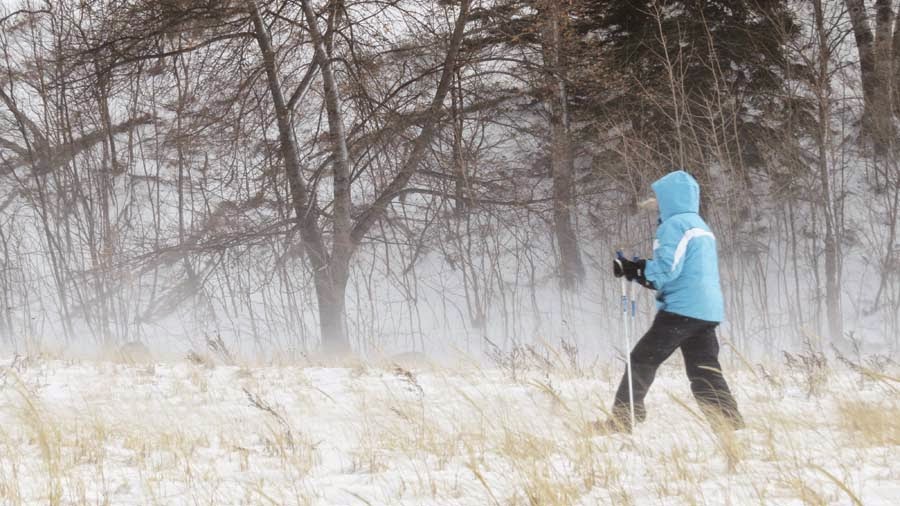 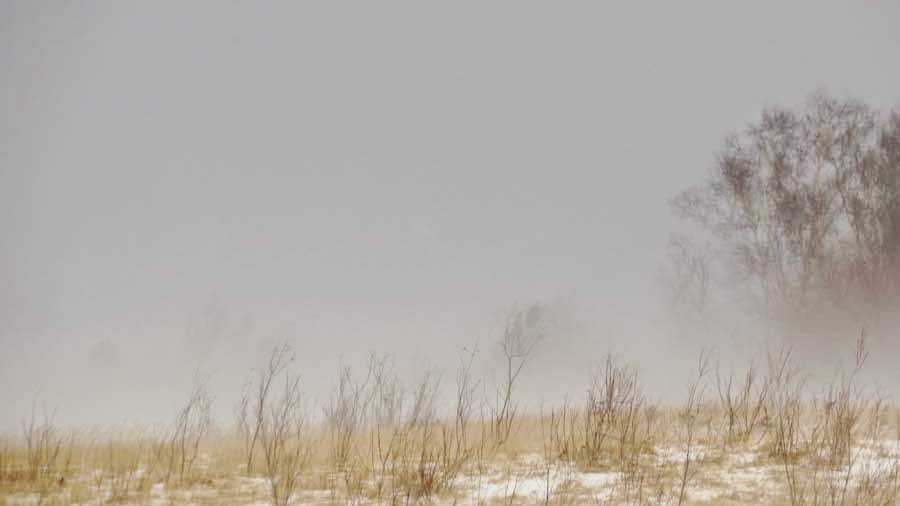 There are very few people who would be willing to go out in this type of weather.  I am thankful that Lois is more than willing!
Posted by Karen Brzys at 6:25 AM