I had a request on Facebook to post photos of the museum founder's 5.5 pound agate.  Axel Niemi found the agate west of Grand Marais in 1958.  Here is a picture from a newspaper article of Axel with the agate. 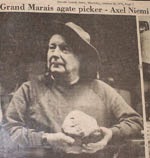 This agate had eroded out of the Grand Sable dunes.  Axel saw the carnelian eye staring up at him from 50 feet away. 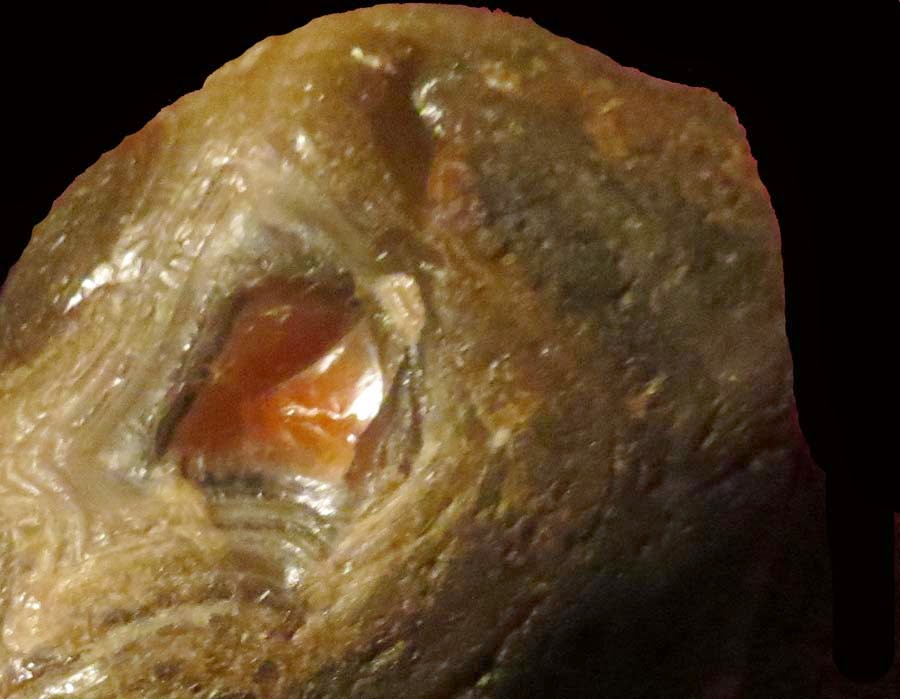 He had it for many years before he gathered up the courage to cut a slice off the end. I am glad he made that decision, so that I didn’t have to. I have always wondered when he cut the agate. There was a second article that appeared in the Oscoda County News article about Axel and his big agate. The article was published in October of 1979 and appears to show the agate before it was cut. Since Axel left Grand Marais in around 1984 to be closer to medical facilities for his ailing wife, he must have cut the agate sometime between 1979 and 1984. If this is true, he had the agate for over 20 years before he cut it.  Someone asked him in the early 1990s what his biggest regret in life was.  Axel's response was "cutting his big Lake Superior agate."  That is a pretty good life if that was his biggest regret.

Here is a photo of the agate after it was cut. 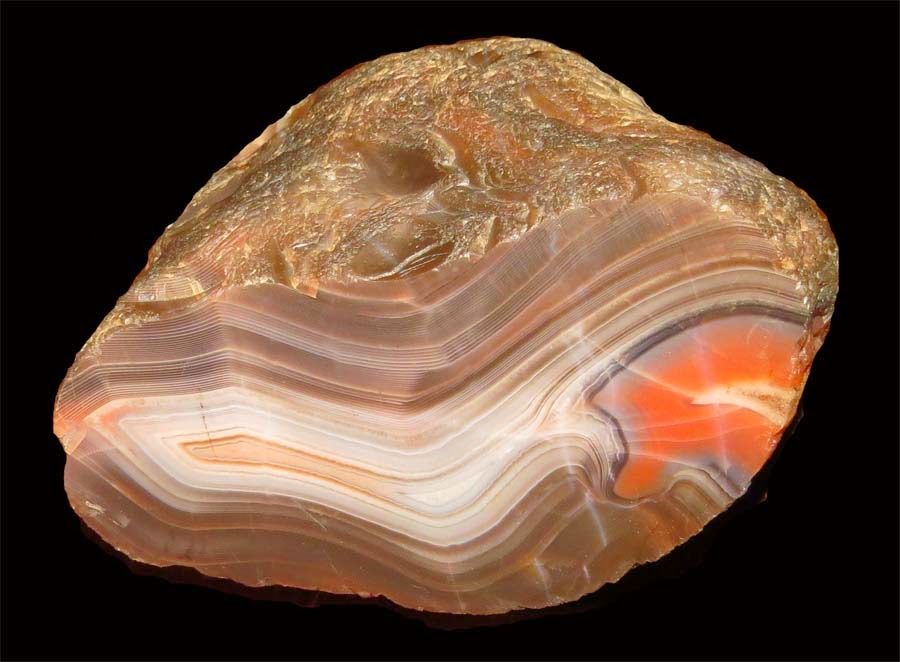 The carnelian eye from the cut surface is even more obvious. 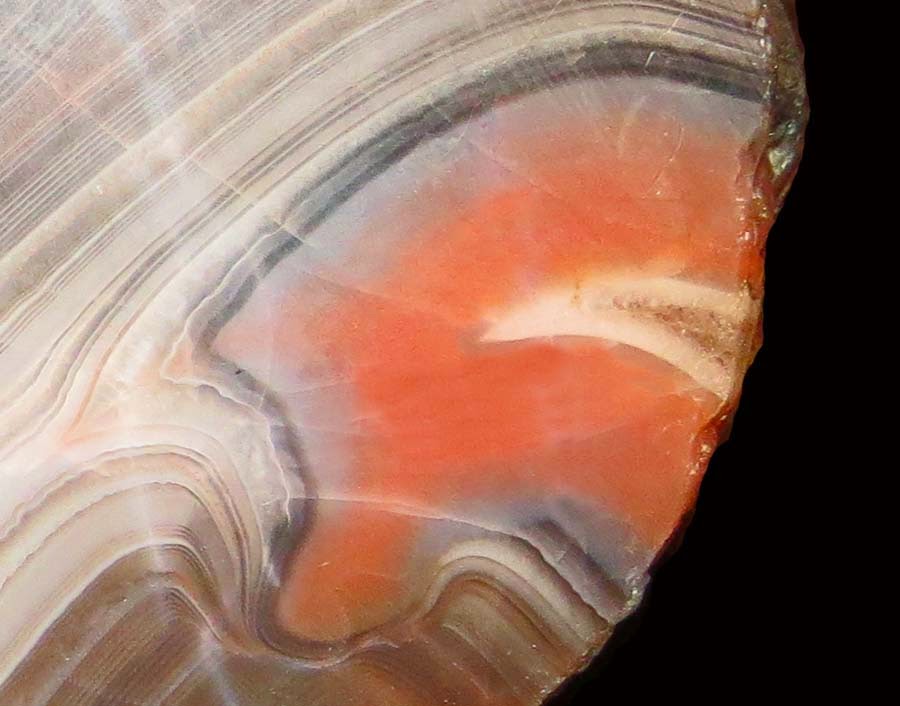 Just for perspective, the cut face is 6” wide and 3” tall. The agate is also 4” deep. Over the last 16 years since opening the museum I have seen a lot of agates come off the beach. All in all, though, I still have not seen one that beats Axel’s 1958 wonder.


After the first newspaper article was published in 1958 featuring the  5.5 pound agate, Axel received a letter from Mrs. J. Oldenkomp. She had seen the article and asked Axel if he was interested in buying an agate that she inherited from her grandfather. Apparently, he had found the agate on Michipicoten Island, located in the northeast part of Lake Superior a few decades before. As was common practice back then, he had the agate cut and polished. The lapidary received half the agate in payment, and the Oldenkomp family kept the other half. Before cutting, the agate weighed over 8 pounds! 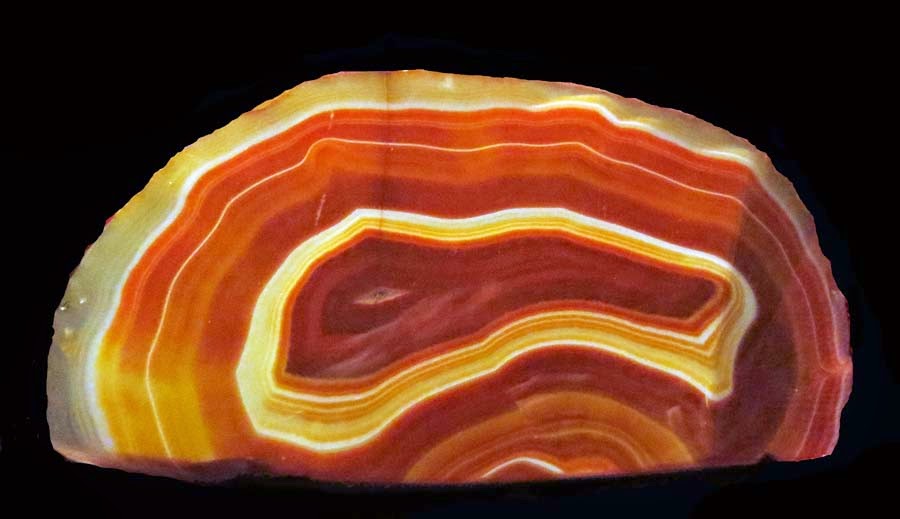 Axel and Mrs. Oldenkomp haggled over the price of the agate for seven years before Axel finally purchased the specimen in 1965. The letters documenting this purchase are posted in the museum. Unfortunately, Axel cut out the price in the letter so we’ll never know how much he paid for this beauty.

Here is the back side of the agate. 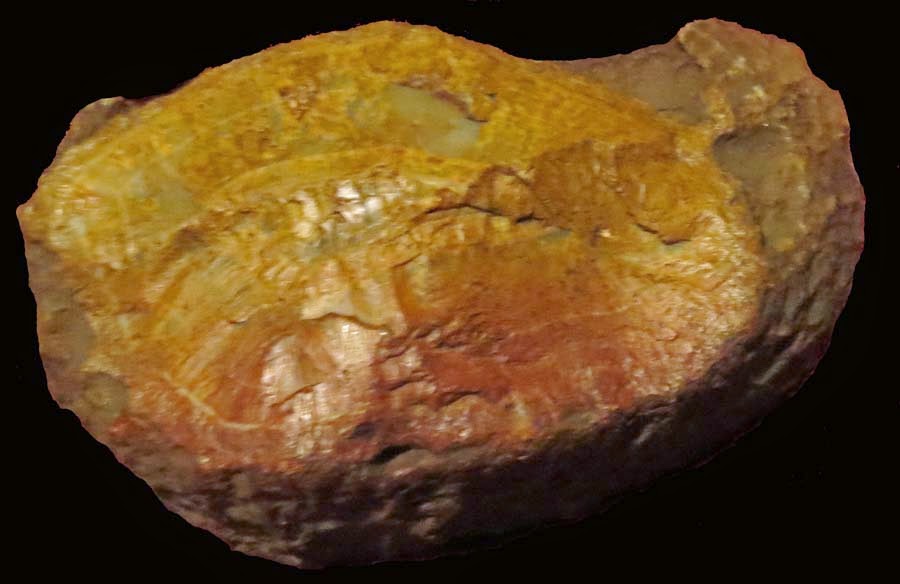