This has been a weird weather season.  In November it looked more like January weather.  In December it has looked more like April weather.  Yesterday we had rain overnight and all day, until around 4:30 when the temperatures dropped enough to allow a changeover to snow.  The rain melted enough of the snow that I was able to drive to Sable Lake.  There was a bit of ice on the road, but it was navigable. 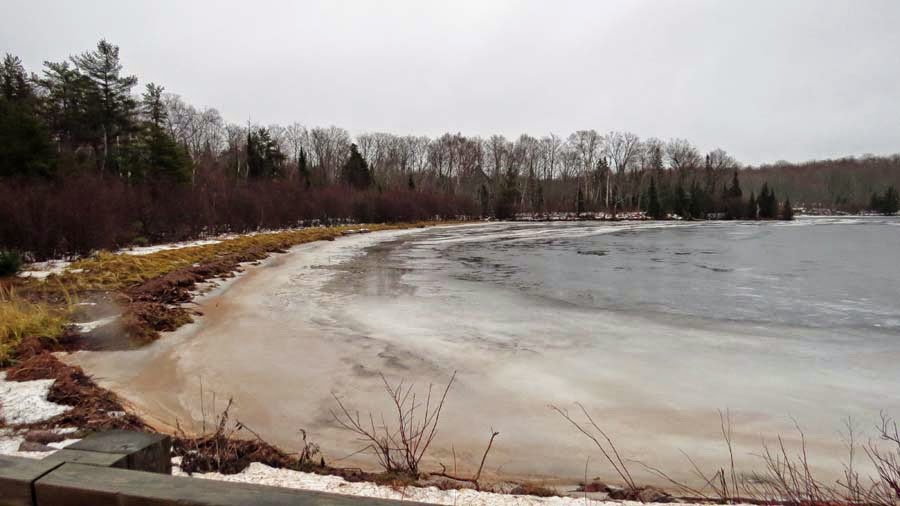 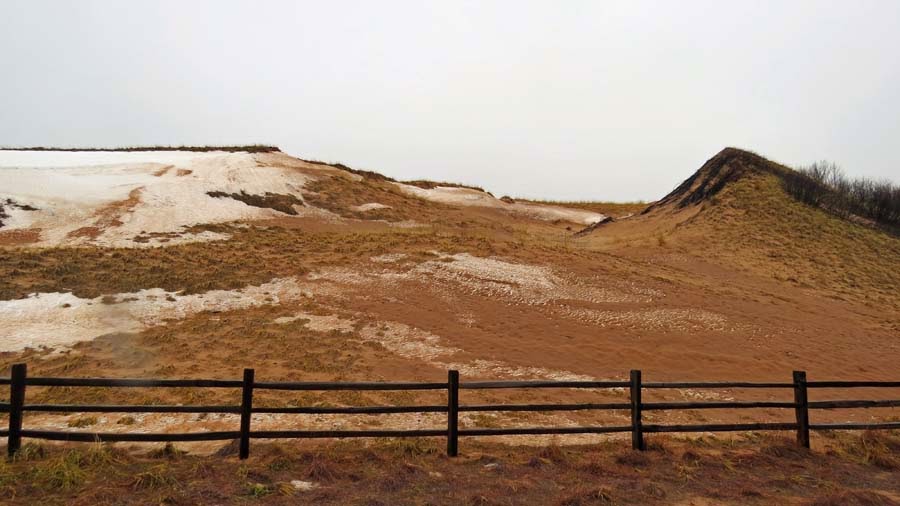 It is hard to tell what caused the cracks in the ice, shown in the photo below.  I cannot believe that the ice was thick enough for snowmobiles since it just recently started to freeze over.  Also, the left "path" below heads right over to Sable River, which is the outlet from the lake.  The ice certainly would have been a lot thinner over in that corner of the lake.  Since the beaver damn is located in that corner, I am guessing that the paths may have been formed by beavers. 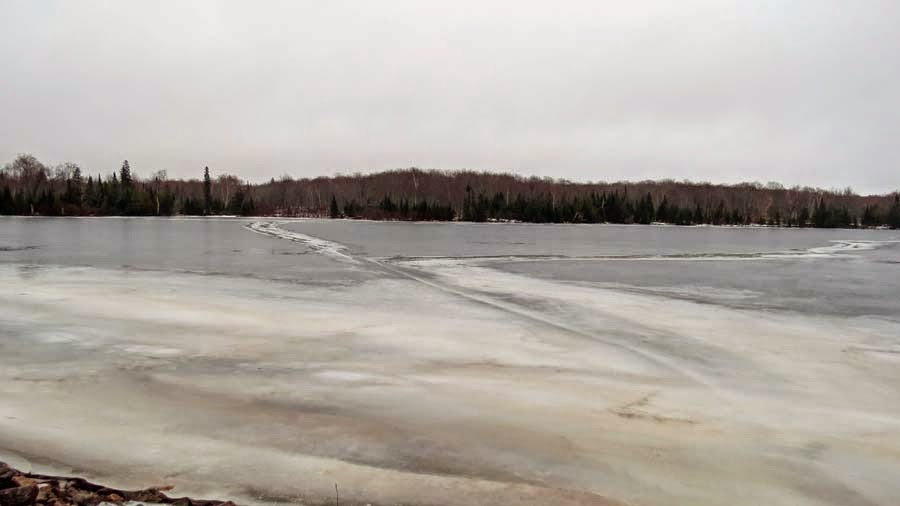 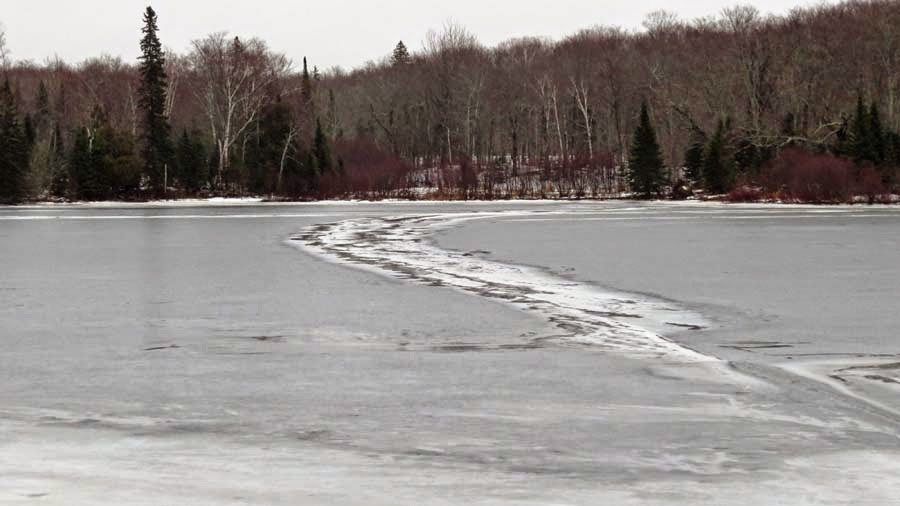 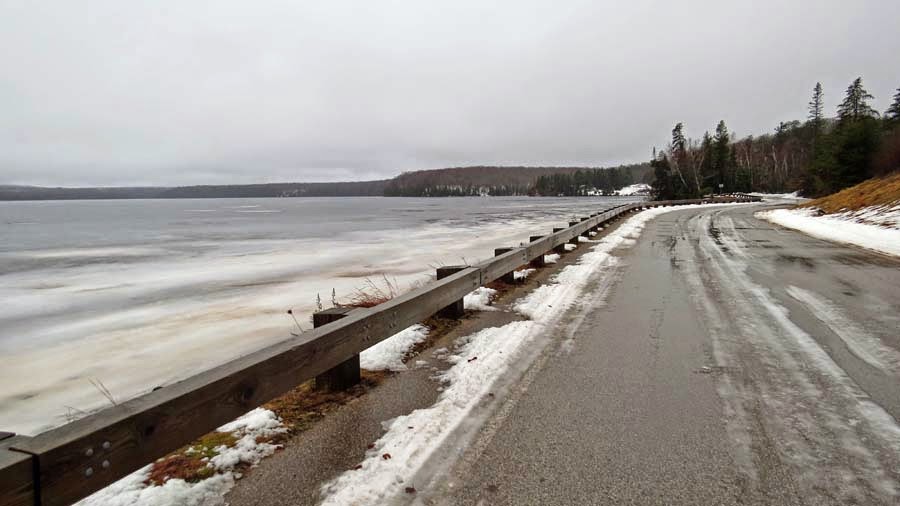 Over night we received around 3-4 inches of snow.  At least the ground is completely white again. 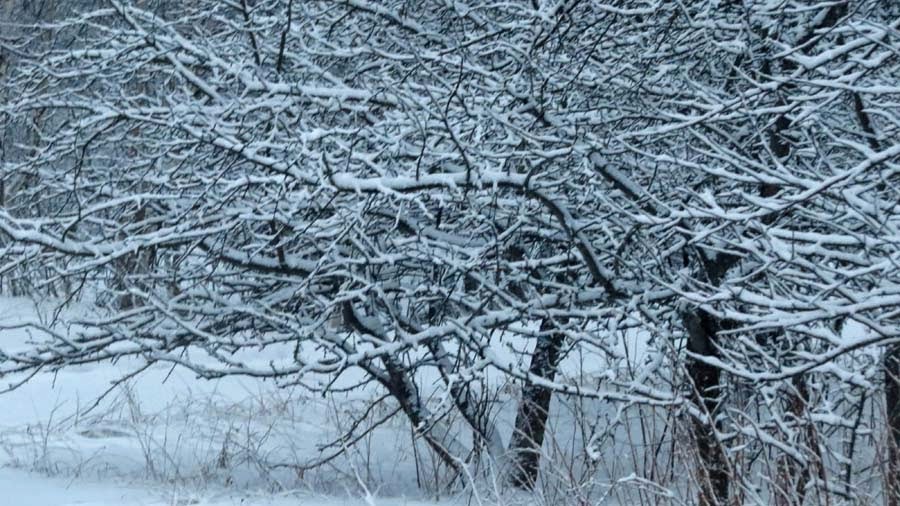 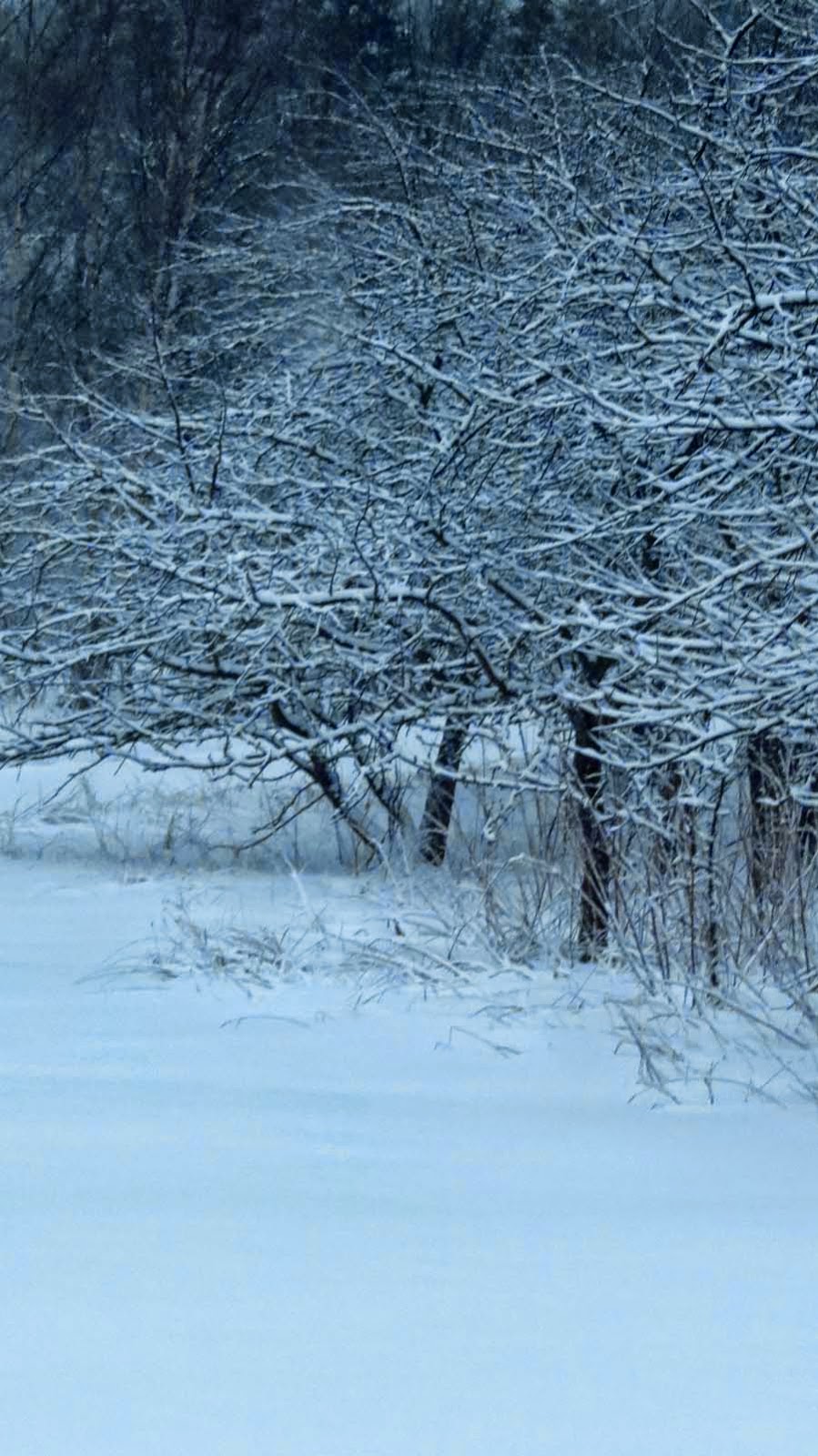