Hiking Bridge near Sable Lake Knocked out by High Water

The other day I went snowshoeing with Lois Fite near Sable Lake.  We parked at the visitors' center and went across the field to the cross country skiing Loop A (which has not yet been groomed).  Half way down the trail there is a connection trail that takes you to a foot bridge, which allows access to Sable Lake and the dunes.  When we arrived at the bridge we had to turn around.  The high water has knocked one end of the bridge loose causing it to shift down stream and under water.  Our goal was to head in the dunes.  That did not happen since we had to turn around at the bridge. 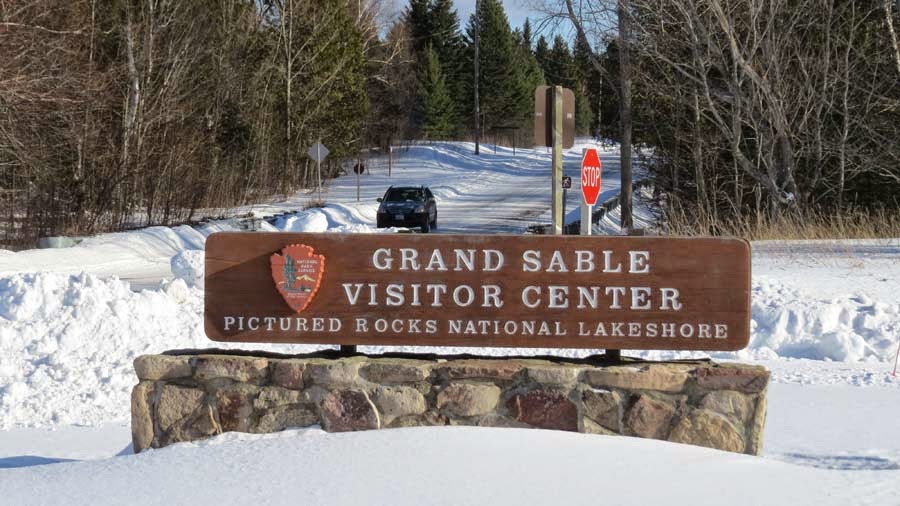 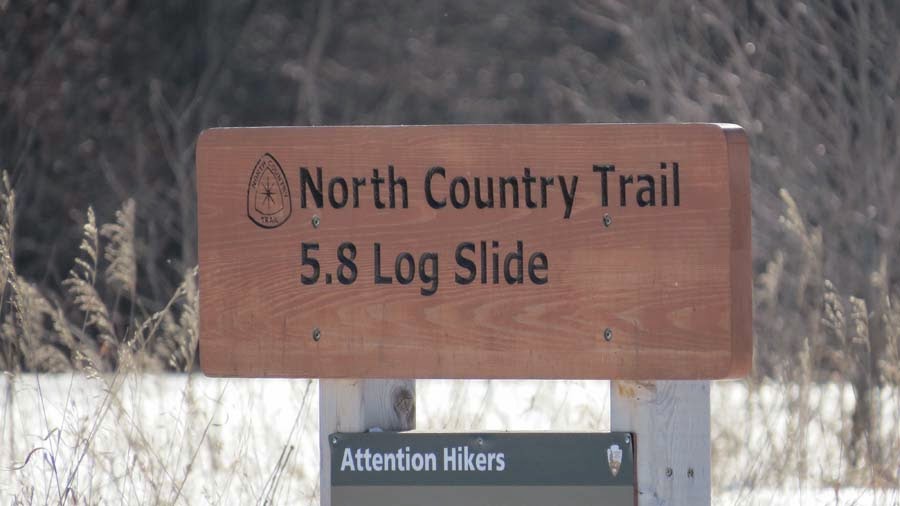 It is hard to tell from the photo below, but the bridge has broken away. 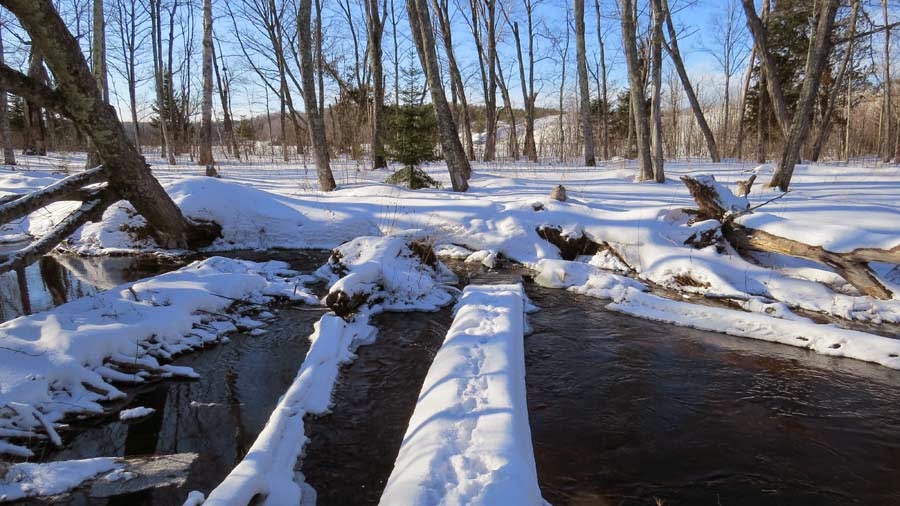 The arrow below shows where the bridge is supposed to be attached.  We decided it was not safe to try to walk on an unattached bridge. 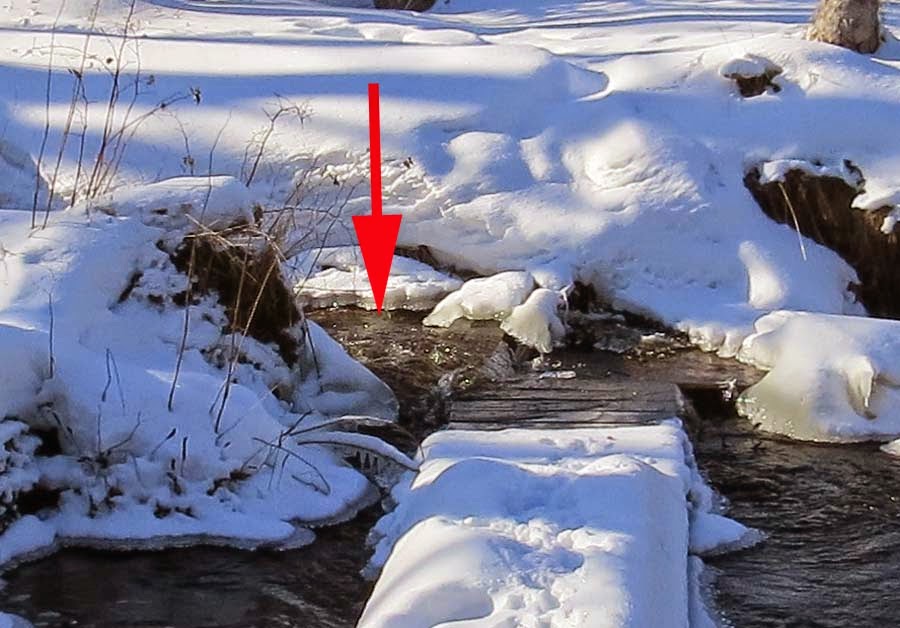 The National Park Service has a snow gauge on Trail A.  With all the warm weather we have had as of late, much of the snow has condensed or melted.  In many areas there is more than a foot of snow, but in the woods by the snow gauge, which is out of the wind, there is only eight inches on the ground. 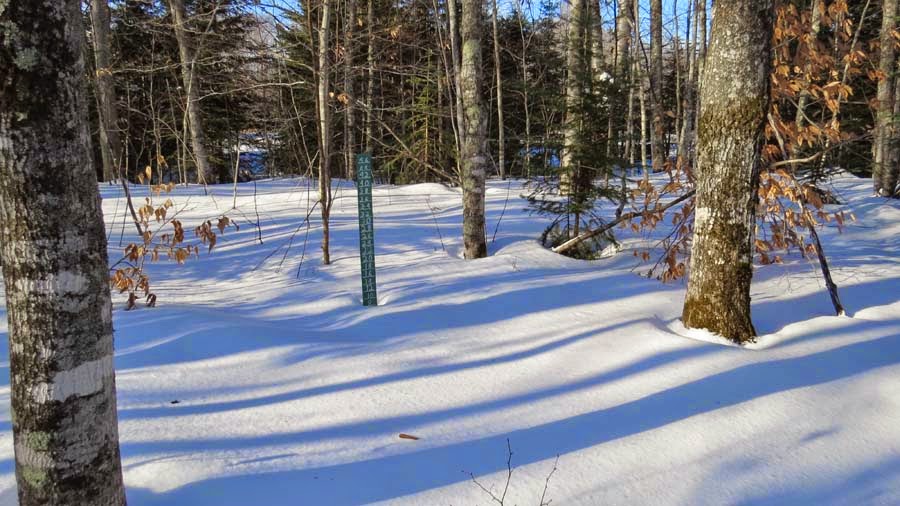