It has been a while since I checked in with the Mars rover, Curiosity, so I decided to do so this morning on the webpage http://mars.jpl.nasa.gov/msl/multimedia/images/?s=1.  The rover has been exploring the red planet for 870 days. 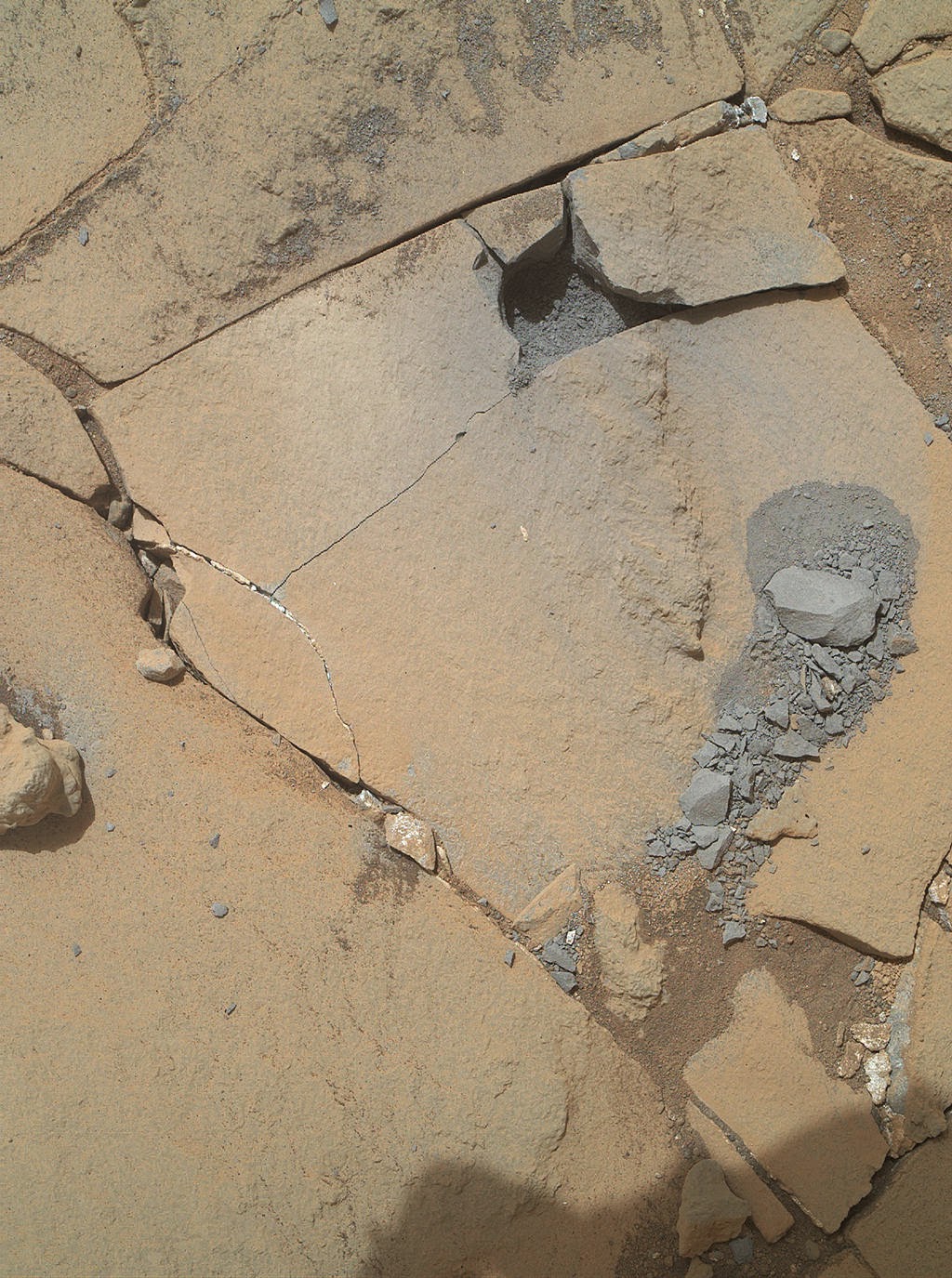 The above photo was taken by the rover to show the outcome of a shallow-depth drill test that took place on Jan. 13, 2015, during the 867th Martian day, or sol, of Curiosity's work on Mars.

The drill cut a hole about 0.63 inch (1.6 centimeters) in diameter. The hole from the shallow drilling test is near the top of this image. The test drilling cracked the target rock and dislodged pieces of it. Scientists are now investigating the resulting rock fragments with freshly exposed surfaces, particularly the grayish one on the right-hand side of the image. On Earth, field geologists carry rock hammers to crack rocks and expose fresh surfaces, but this is an unusual opportunity in a Mars rover mission. 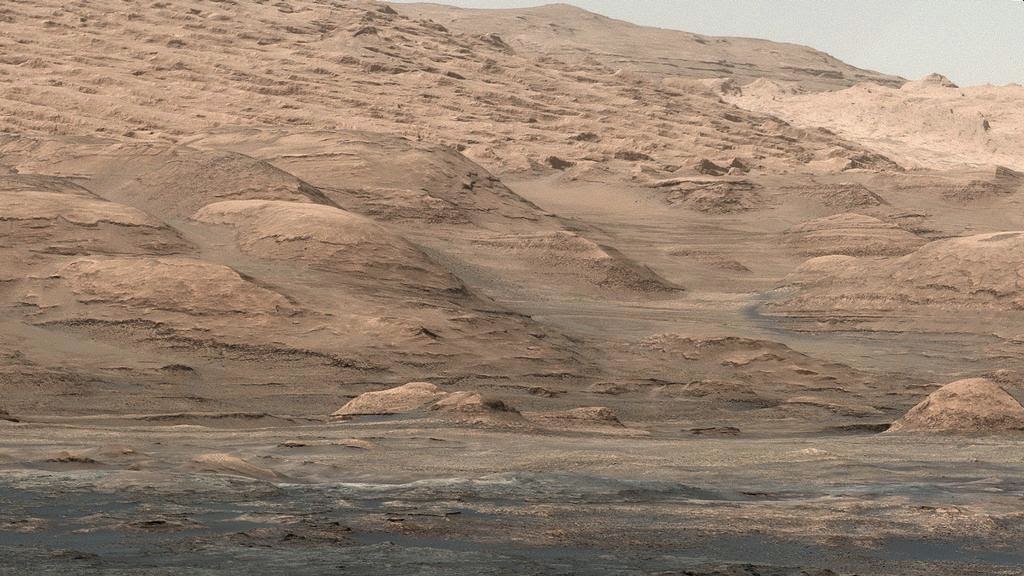 The above photo was taken by Curiosity's Mast Camera.  It shows dramatic buttes and layers on the lower flank of Mount Sharp.

This photo shows cross-bedding in the layers of this Martian rock.  The layers are evidence that there was not only water on Mars in the past, but that the water flowed across the planet.  This example of cross-bedding shows small "climbing" ripples that migrate on top of each other (just above "10" in scale bar of Figure A). This suggests that currents of water entered into a lake basin, possibly flowing down the front of a delta, and then spread out across the lake floor, slowing down, and depositing sediment. 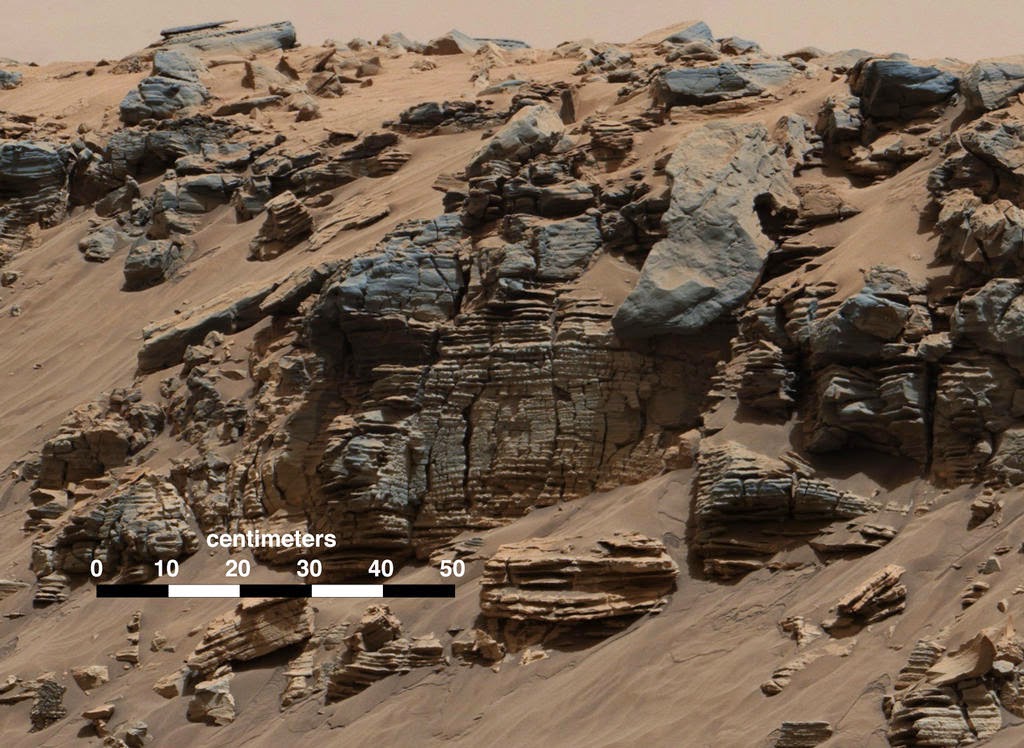 This photo shows more sedimentary rock on Mars.  The evenly layered rock is typical of lake-floor sedimentary deposits that develop when a river flows and enters a lake.

These rocks record sedimentation in a lake, as part of or in front of a delta, where plumes of river sediment settled out onto the lake floor. 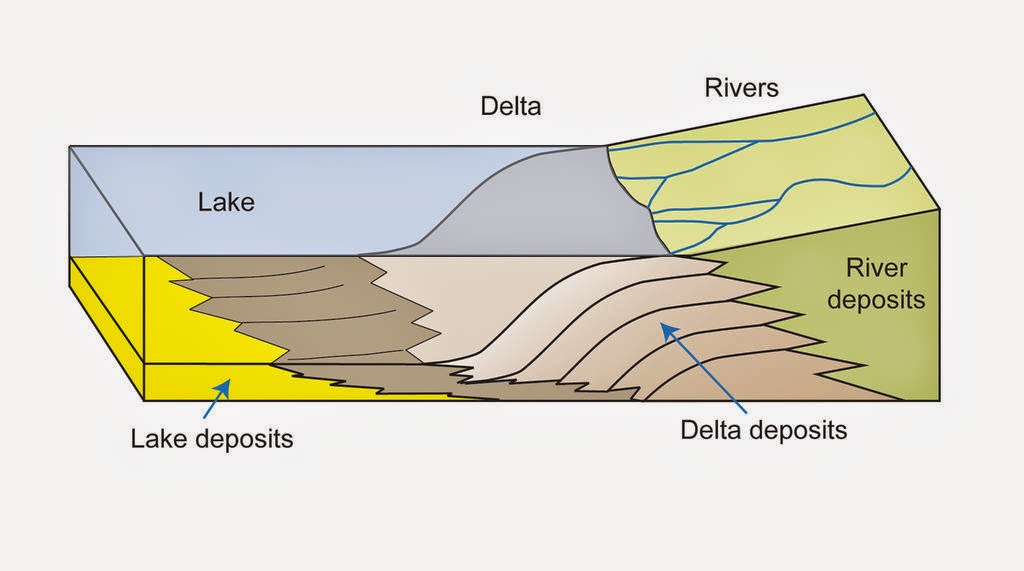 This diagram depicts rivers feeding into a lake. Where the river enters the lake, the water's flow decelerates, sediments drop out, and a delta forms, depositing a prism of sediment that tapers out toward the lake's interior. Progressive build-out of the delta through time leads to formation of sediments that are inclined in the direction toward the lake body.

The previous photo above shows sedimentary rocks with this characteristic inclined pattern found by Curiosity during its approach to Mount Sharp, suggesting that where the mountain stands now was formerly a lake.

This delta deposition pattern is also shown in the photo below. 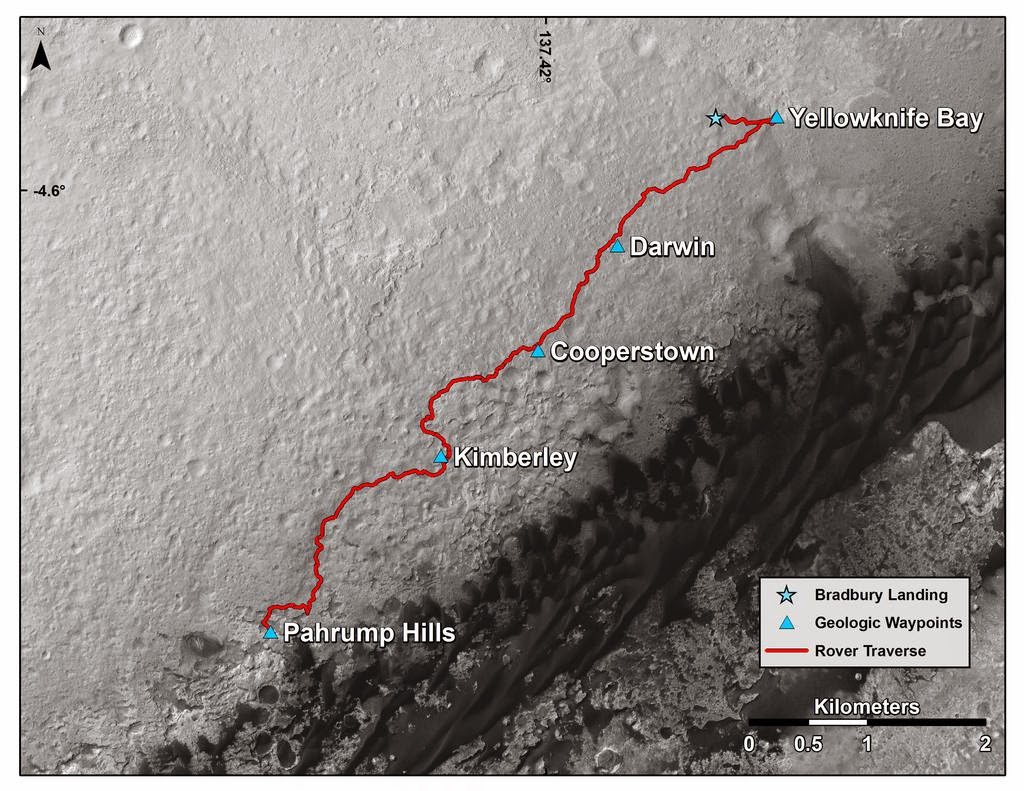 The photo above was taken by the Mars orbiter.  NASA illustrated the photo to show the rover's route from its landing in August 2012 through November 2014.

A mosaic of sedimentary rock, some of which have been eroded, are shown in the photo below. 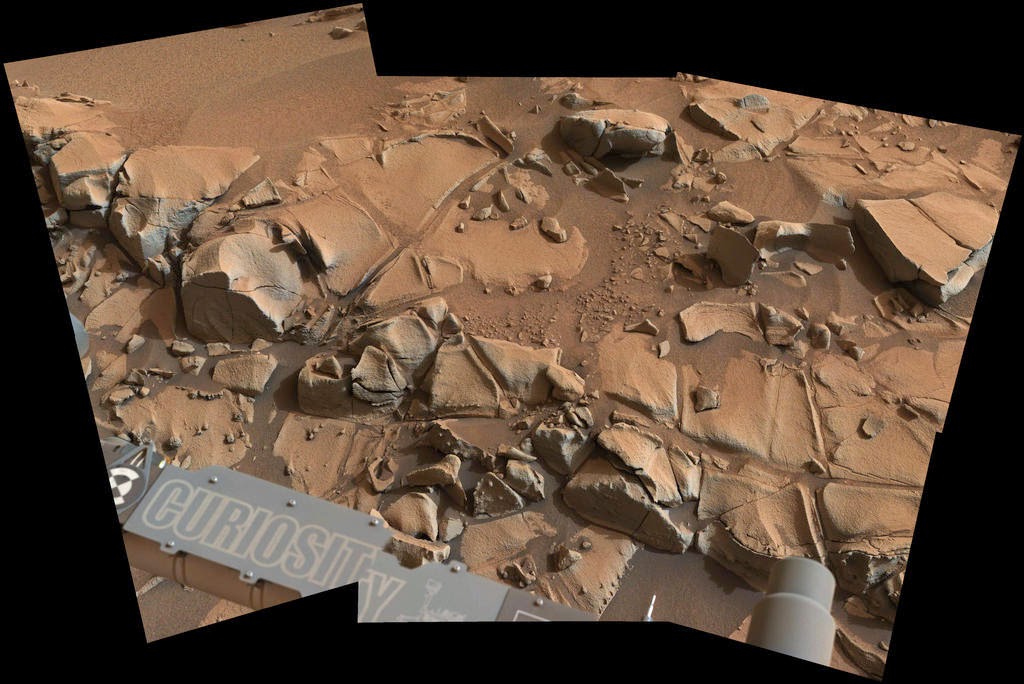 Image Credits: NASA/JPL-Caltech/MSSS
Posted by Karen Brzys at 7:53 AM