One of the most famous photos ever taken by the Hubble space telescope is the Pillars of Creation photo released in 1995. 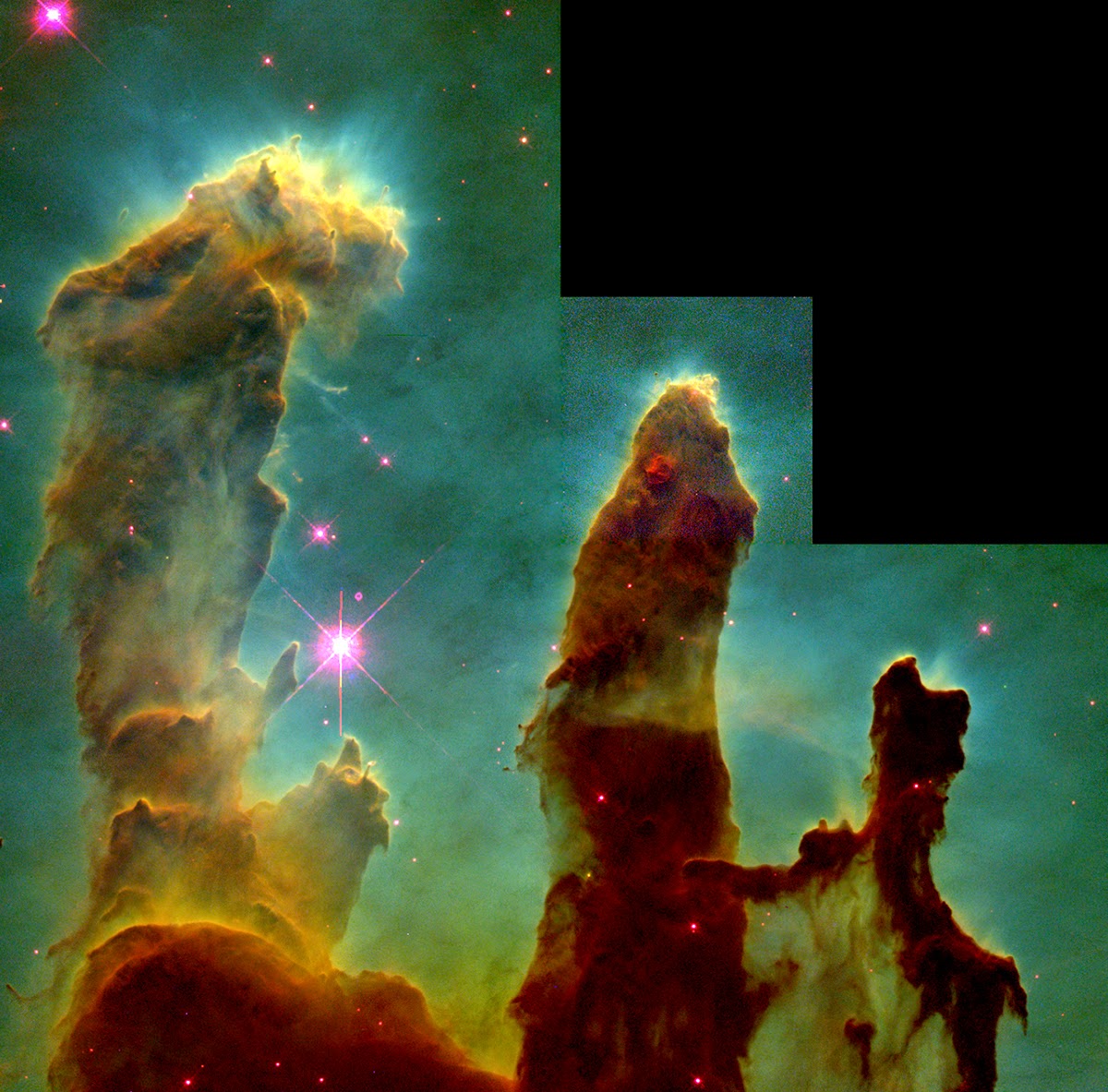 This iconic photograph shows cosmic elephant trunks, which are expanding regions of ionized gas and dust.   These elephant trunk pillars are part of the Eagle Nebula, located 7,000 light years from Earth.  This "neighborhood" is around five light years wide.  The molecular hydrogen gas and dust in these columns are in the process of creating new stars, while also being eroded by photo-evaporation from the ultraviolet light of relatively close, intensely hot stars.

As a 25 year anniversary celebration of Hubble, scientists took more photographs of this cosmic wonder.  They then combine the pictures into a comprehensive mosaic.  This new compilation has a significantly higher resolution than the one created 20 years ago.  The new image below is not cropped and shows more of the star-making region. 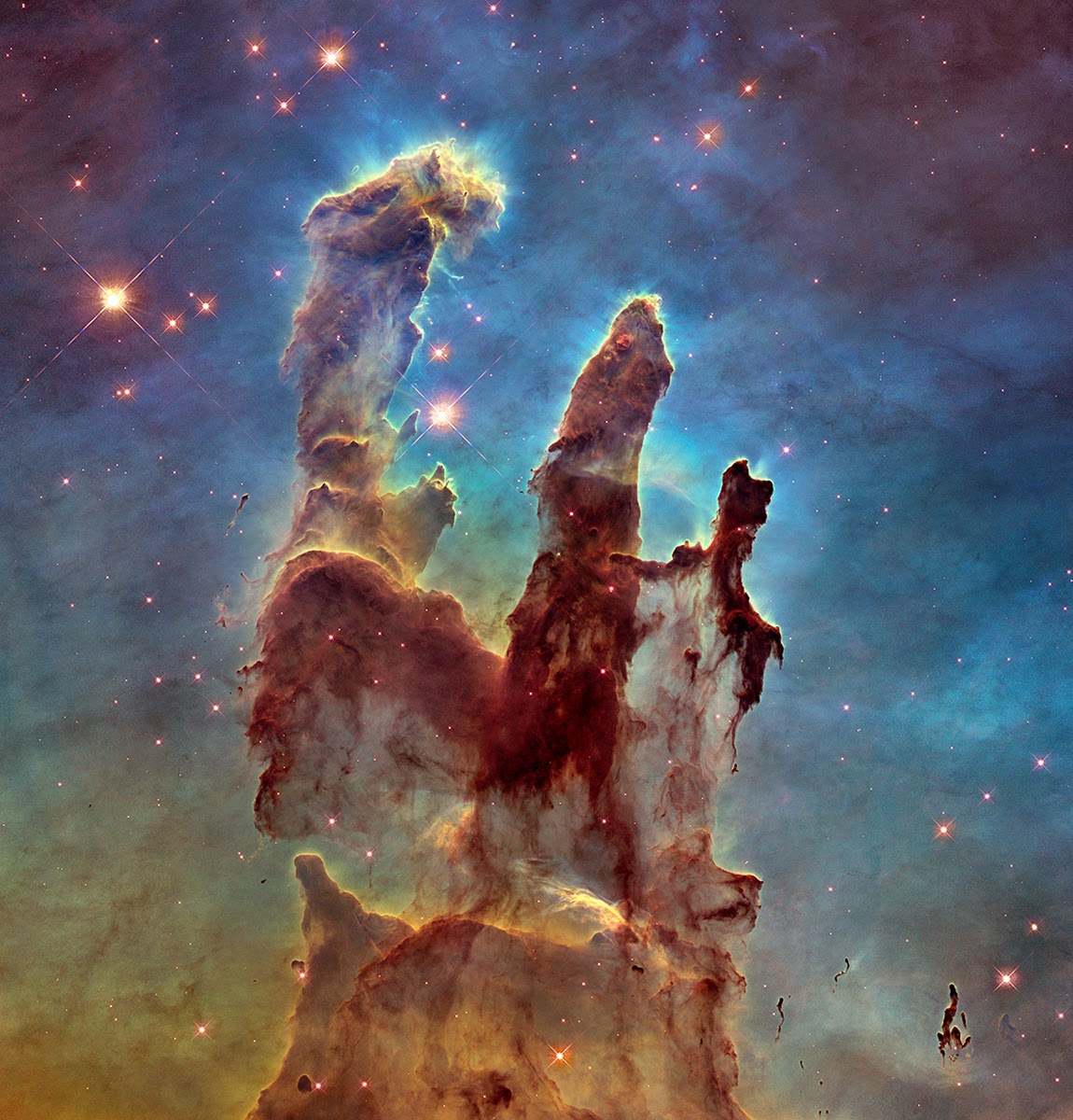 A side by side comparison of the two images taken 20 years apart is below. 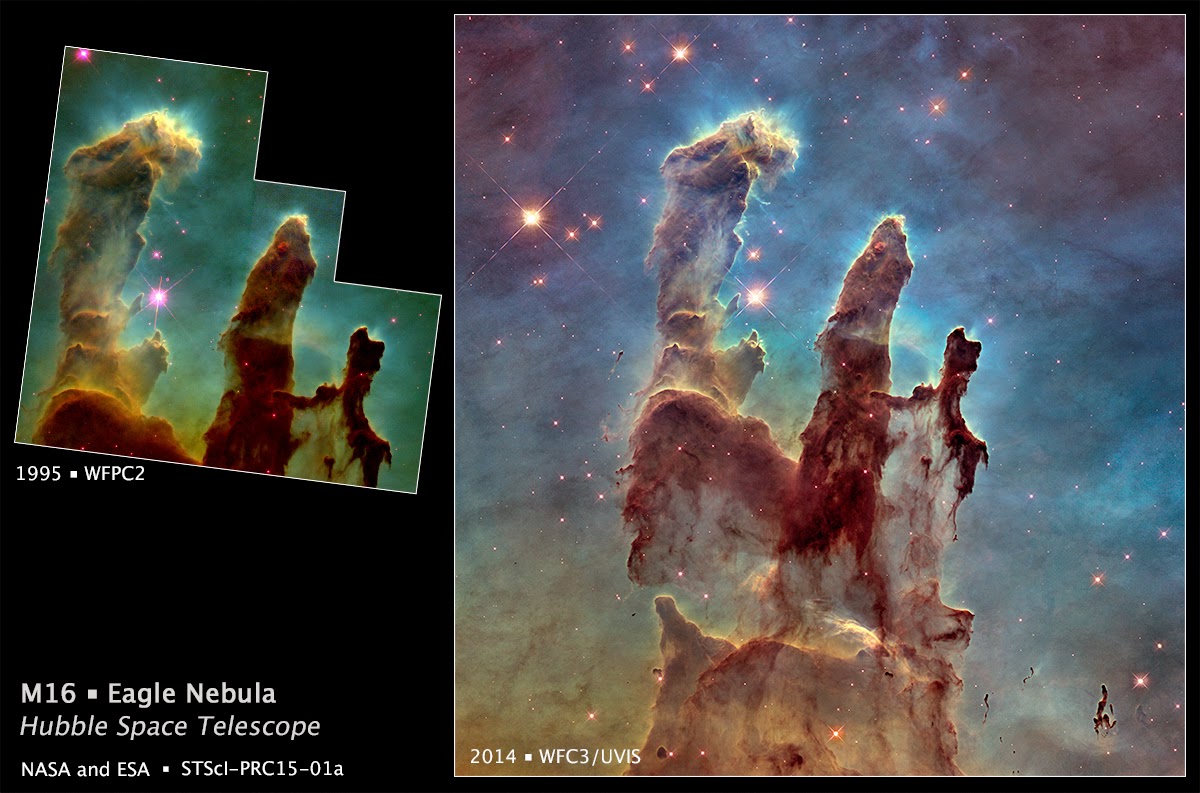 Another new image, shown below, was taken in near-infrared light,.  The compiled photo seems to transform the pillars into eerie, wispy silhouettes. 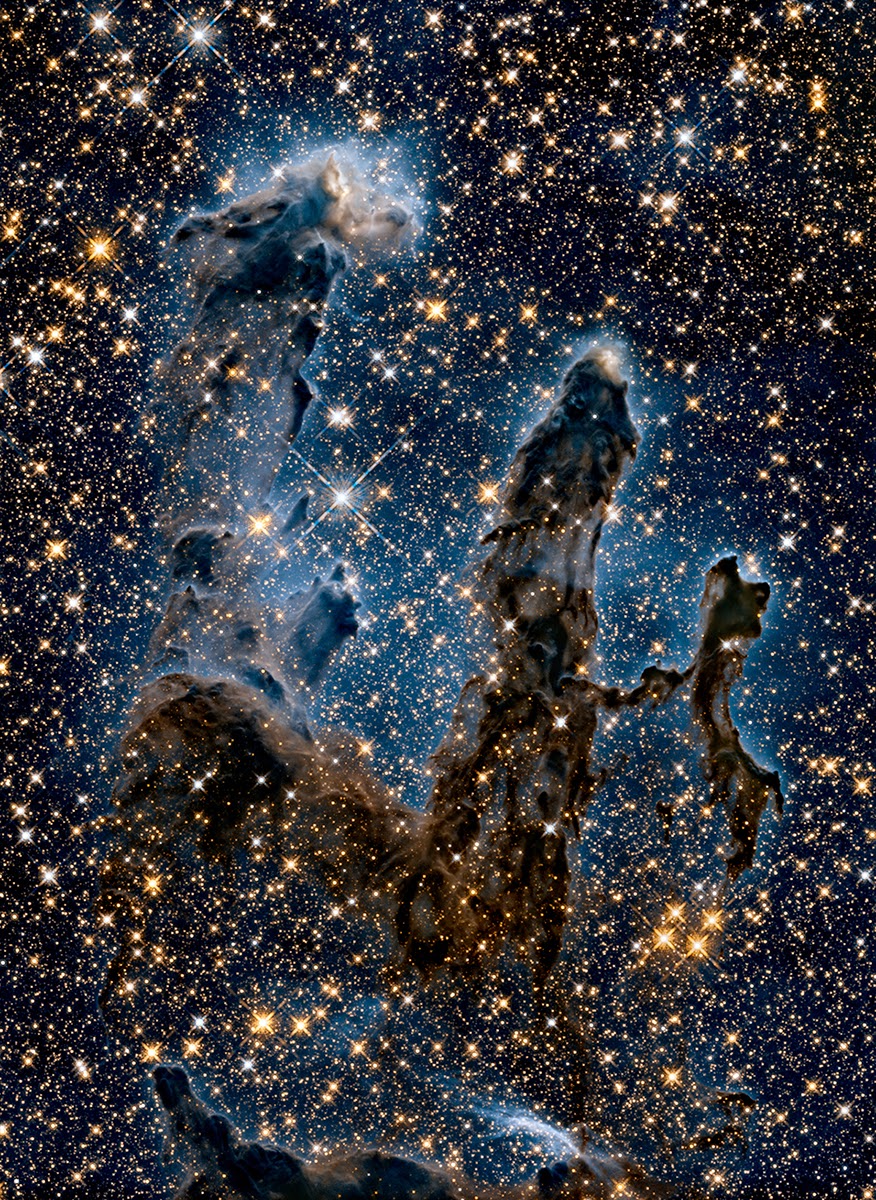 According to NASA:  "The near-infrared light can penetrate much of the gas and dust, revealing stars behind the nebula as well as hidden away inside the pillars. Some of the gas and dust clouds are so dense that even the near-infrared light cannot penetrate them. New stars embedded in the tops of the pillars, however, are apparent as bright sources that are unseen in the visible image.


The ghostly bluish haze around the dense edges of the pillars is material getting heated up by the intense ultraviolet radiation from a cluster of young, massive stars and evaporating away into space. The stellar grouping is above the pillars and cannot be seen in the image. At the top edge of the left-hand pillar, a gaseous fragment has been heated up and is flying away from the structure, underscoring the violent nature of star-forming regions.

Astronomers used filters that isolate the light from newly formed stars, which are invisible in the visible-light image. At these wavelengths, astronomers are seeing through the pillars and even through the back wall of the nebula cavity and can see the next generations of stars just as they're starting to emerge from their formative nursery."

The following image shows the the pillars in visible and near-infrared side by side. 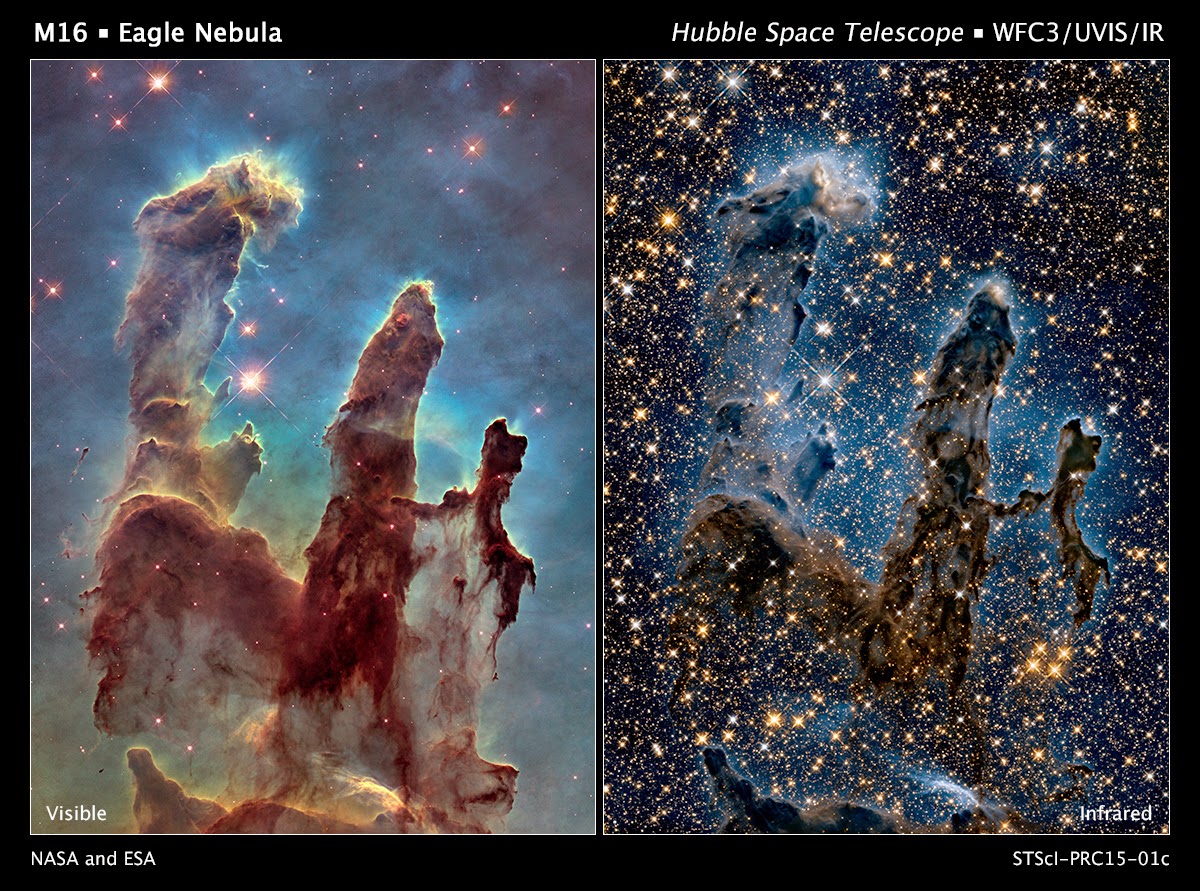 Congratulations to the Hubble team, NASA, and the European Space Agency.