Lois Fite and I have had some tough snow shoes already this year -- yesterday was one of them.  We parked where they quit plowing H58 past First Creek and snowshoed across the fields to Sable Falls.  The snow was very deep, even with snowshoes on.  It was tough winding through the evergreen stands that have invaded the once farmed fields over the last 100 years, but after an hour of trudging we finally made the top of the fall's steps.

Winding through the trees.... 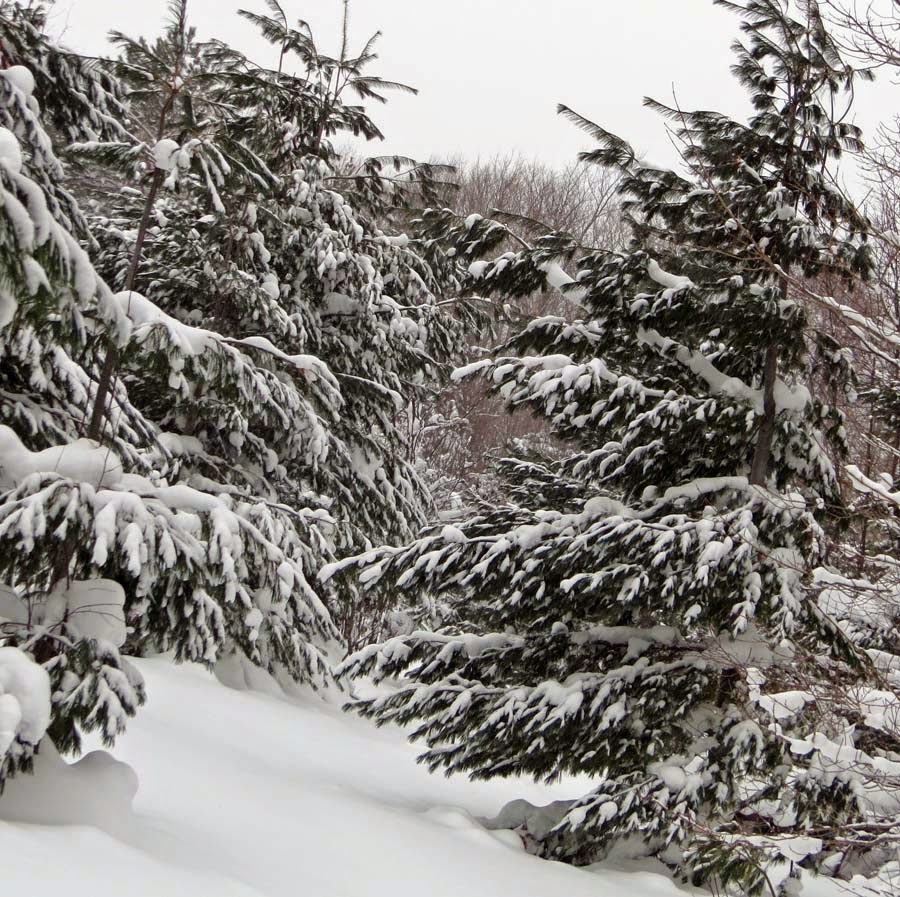 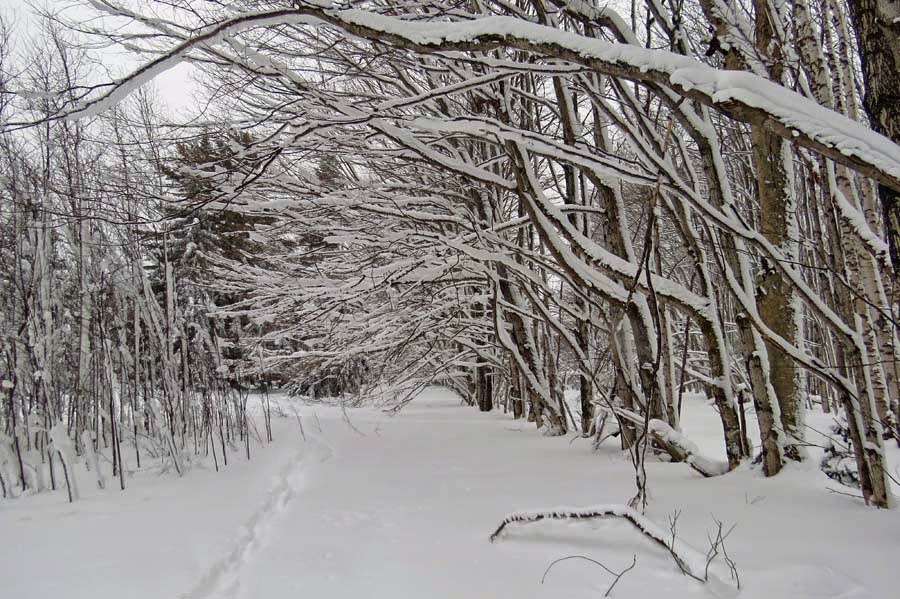 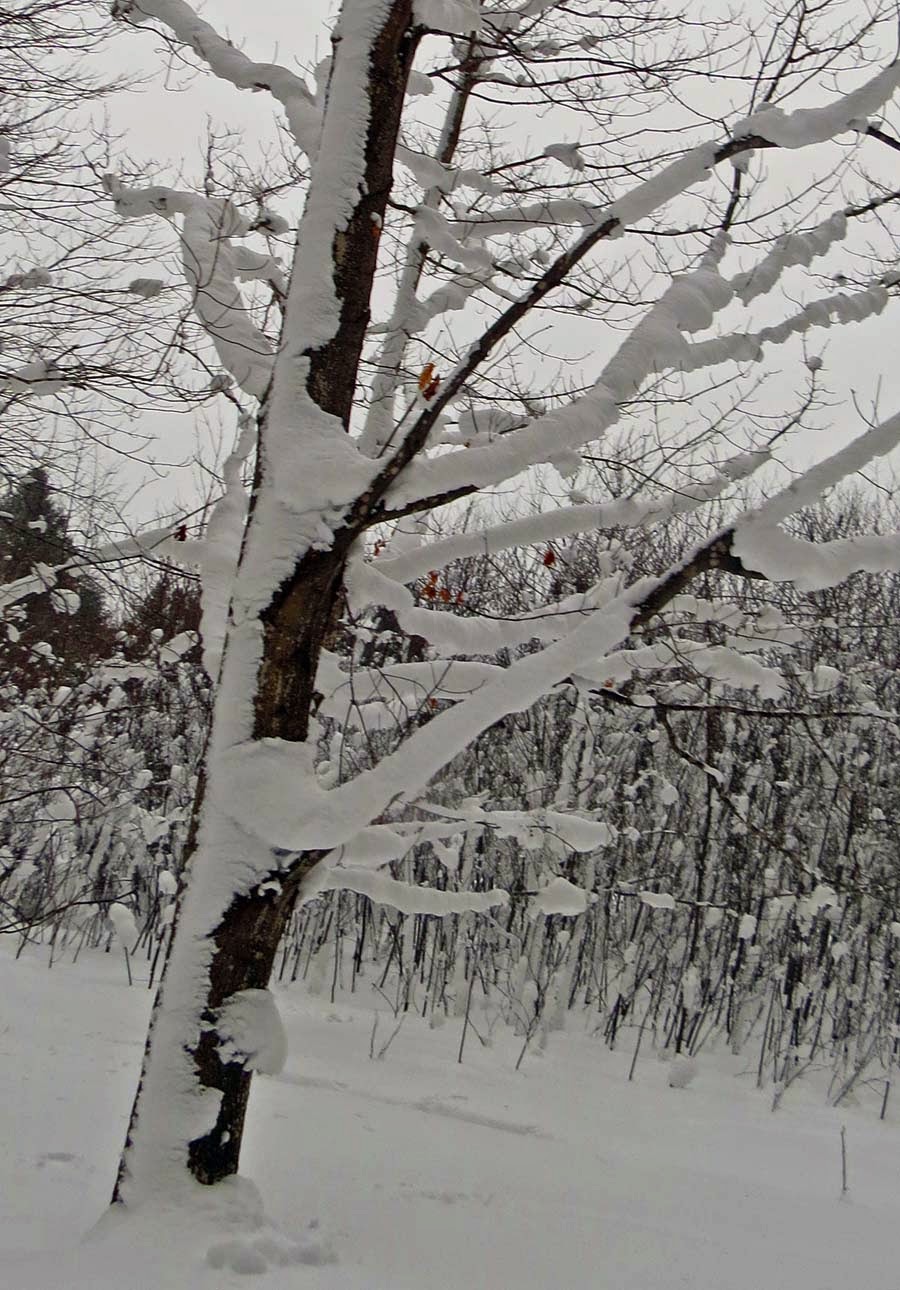 We rarely run into anyone during our adventures, but we did run into a fellow Grand Marais resident who was out skiing. 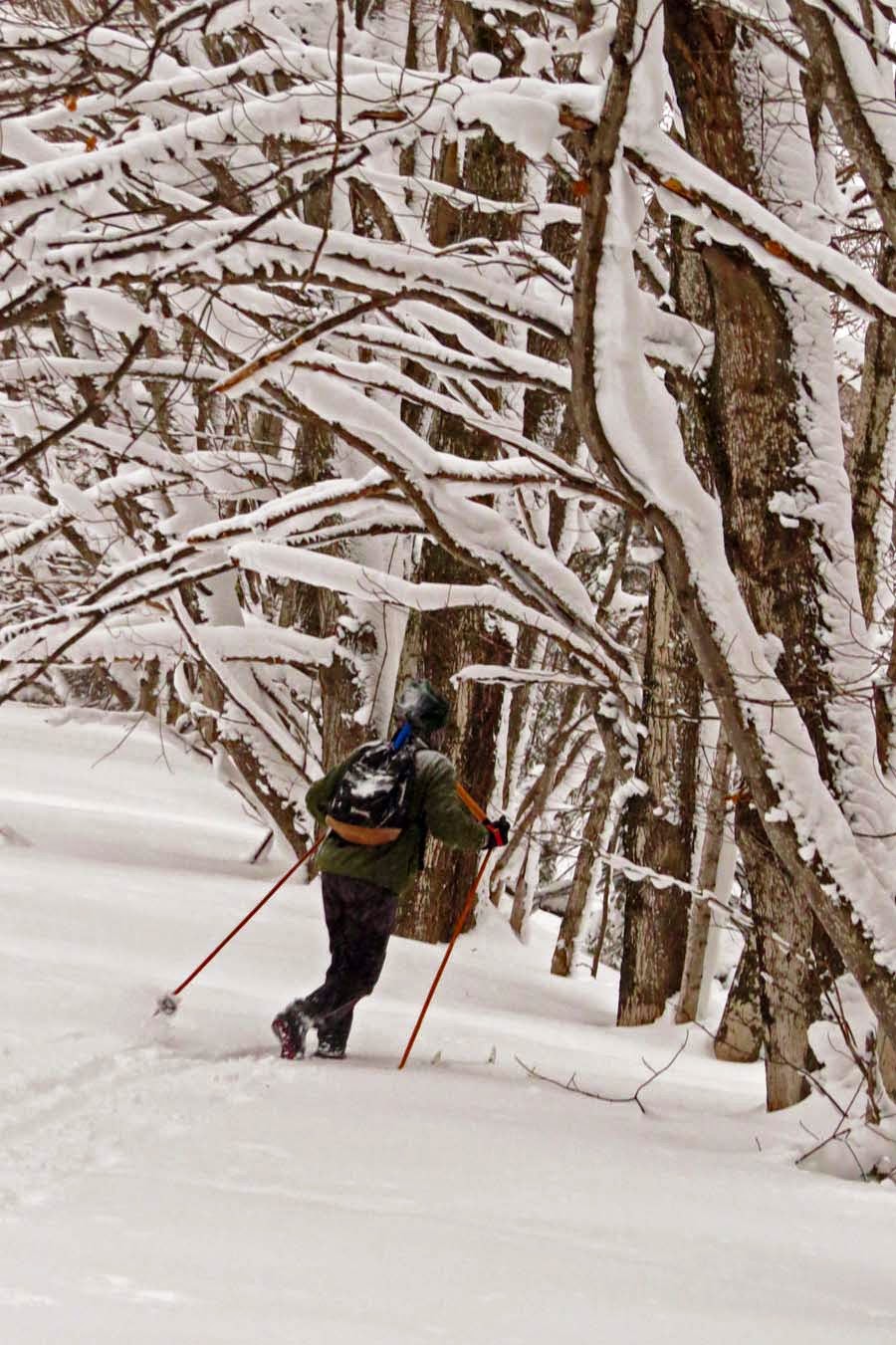 I had a hard time getting down the steps at Sable Falls.  Below are two pictures of the top of the falls. 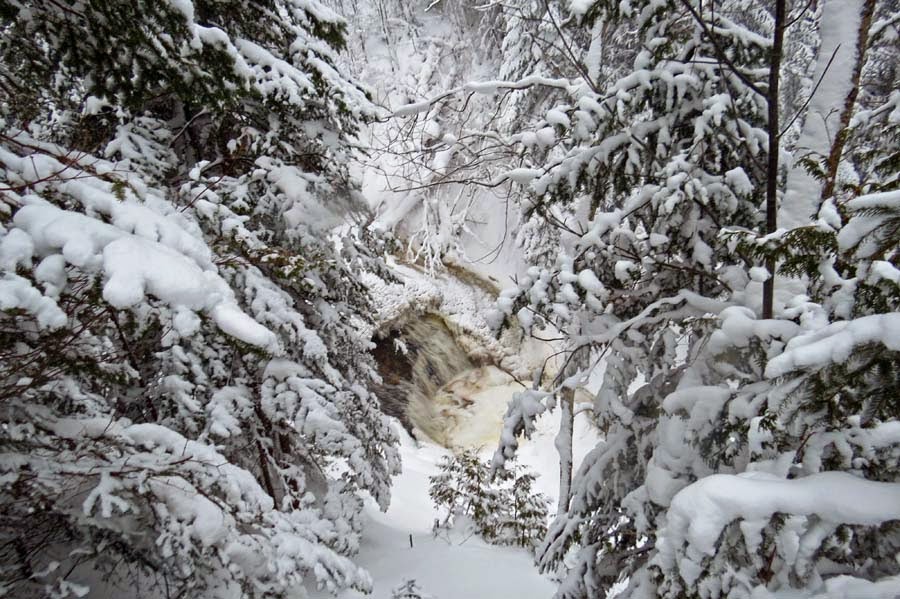 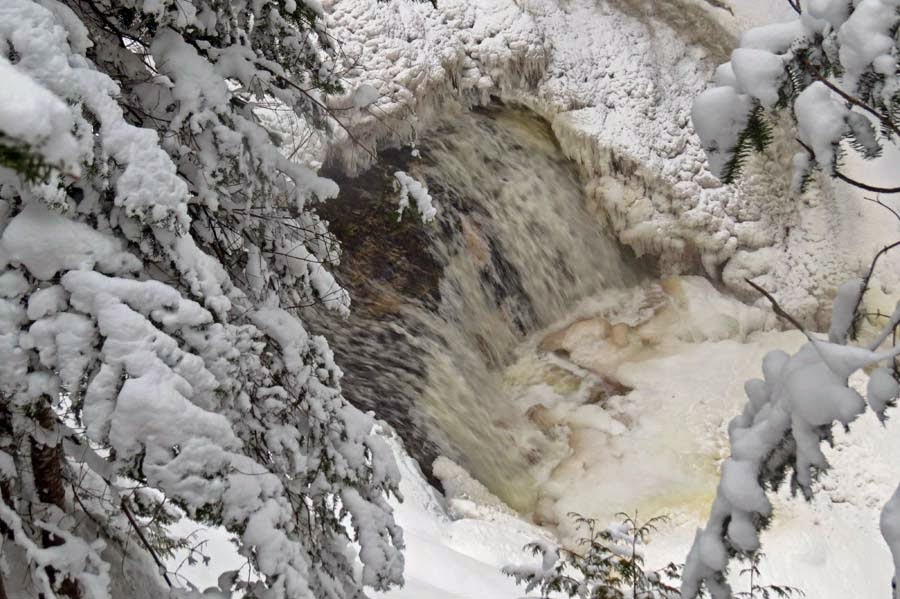 Ice covered branches above the falls.... 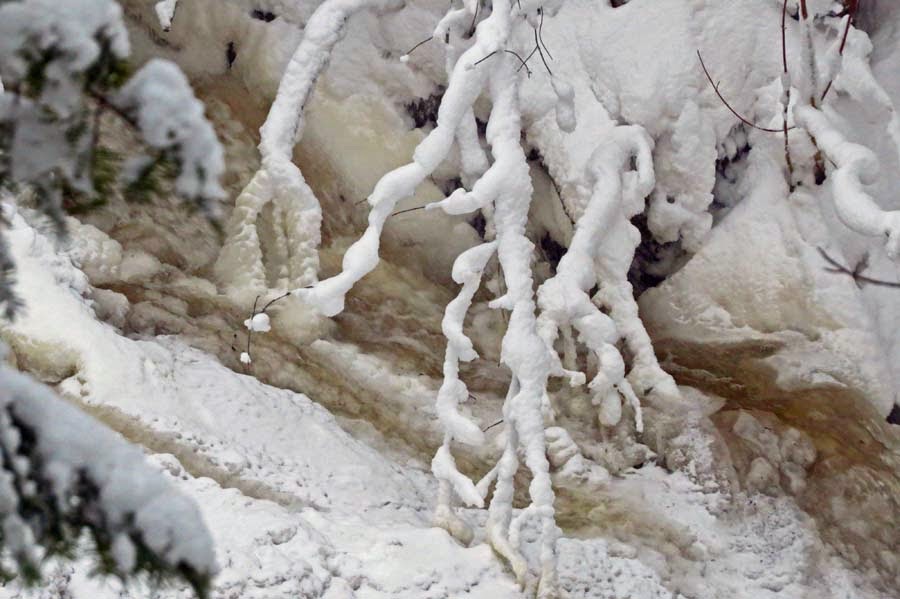 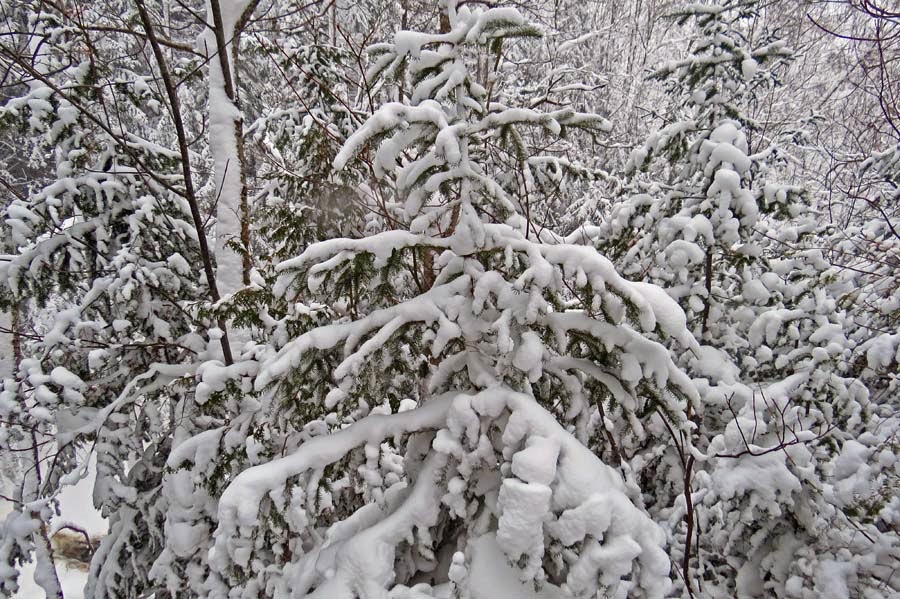 It was difficult getting to the first platform.  When I looked at the next section I decided to not go further.  I was already exhausted by this point.  The climb up was even more difficult than I expected.  I had to crawl in some sections and pull myself up by grabbing onto the railing.  There was ice under that snow! 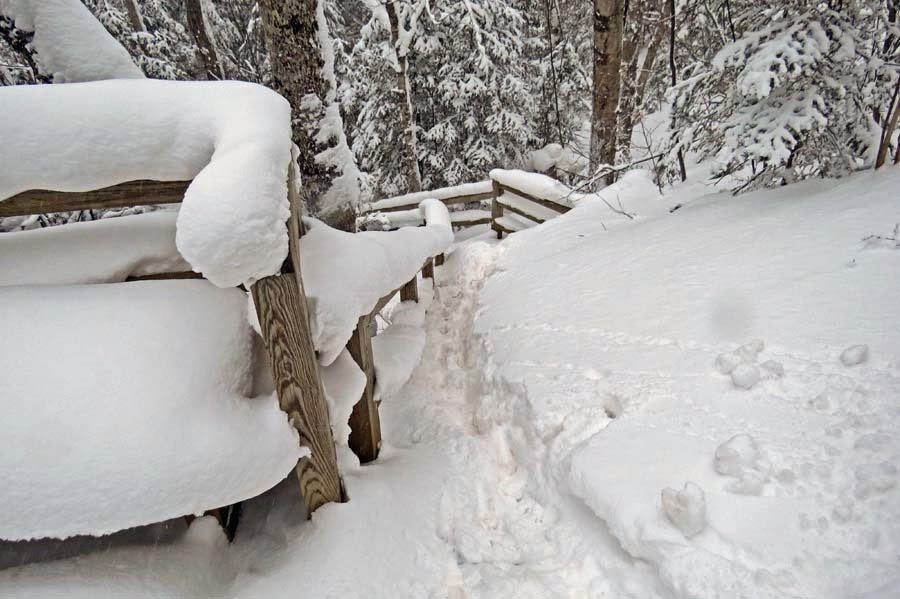 Lois thought that this evergreen looks like a starfish. 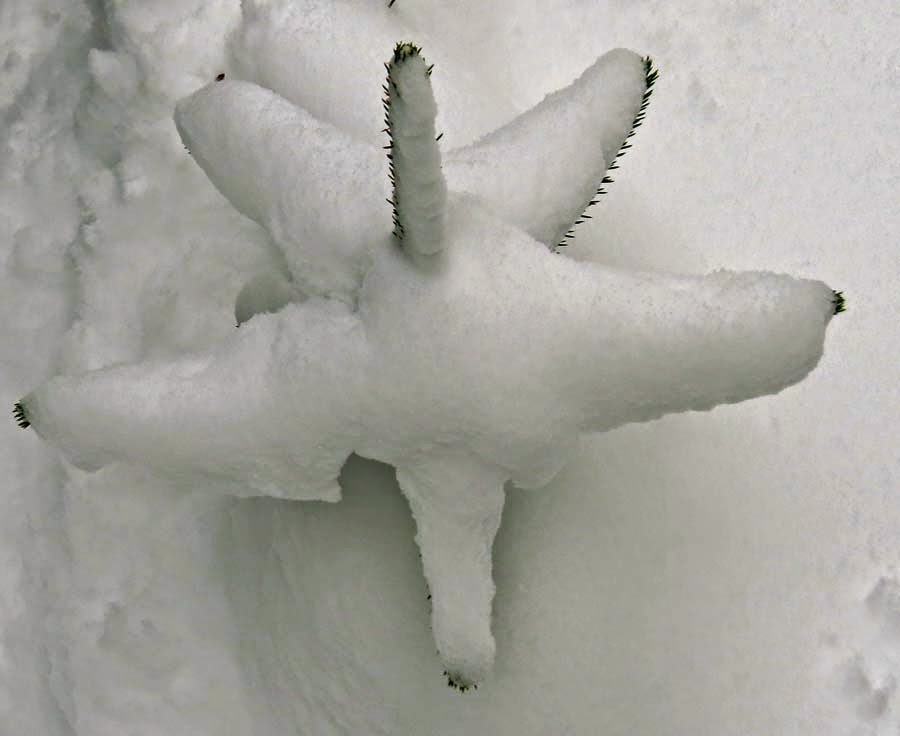 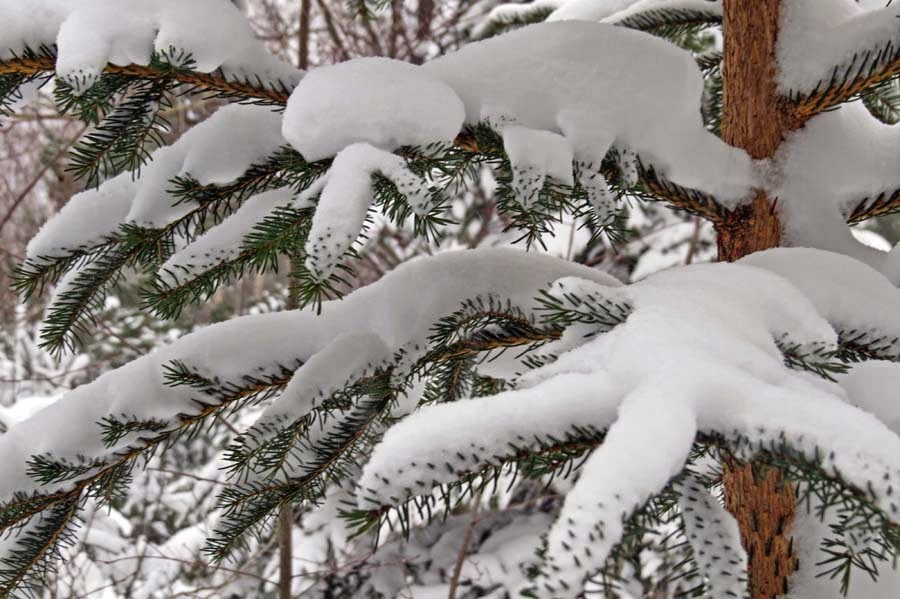 On the way to our snowshoe, I captured the photo below of our now frozen bay.  Soon there will be ice shanties. 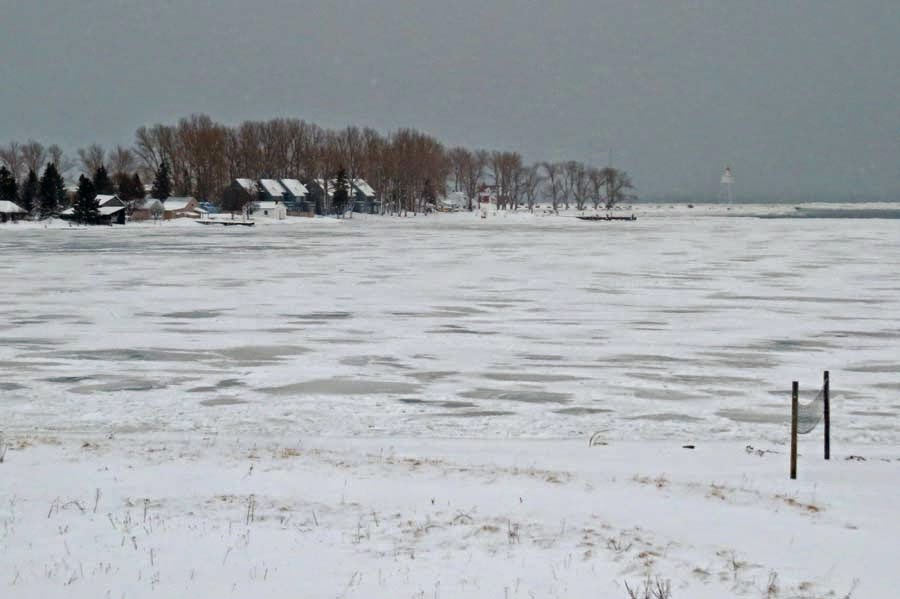