How do Animals Survive the Winter?

As those of us in the northern latitudes are surviving through another cold and snowy winter, I was curious how animals survive without the benefit of a warm house. 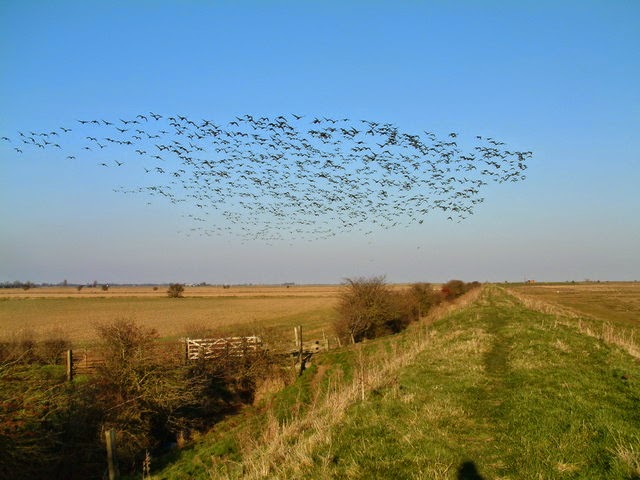 Of course a lot of animals avoid the problem by migrating to warmer climates.  For example, in North America there are around 935 species of birds, two-thirds of which migrate south.

Smaller invertebrates, reptiles, and amphibians survive by burying themselves in mud or in leaves under the insulating layer of snow.


One extreme example of winter survival is the Alaskan wood frog. 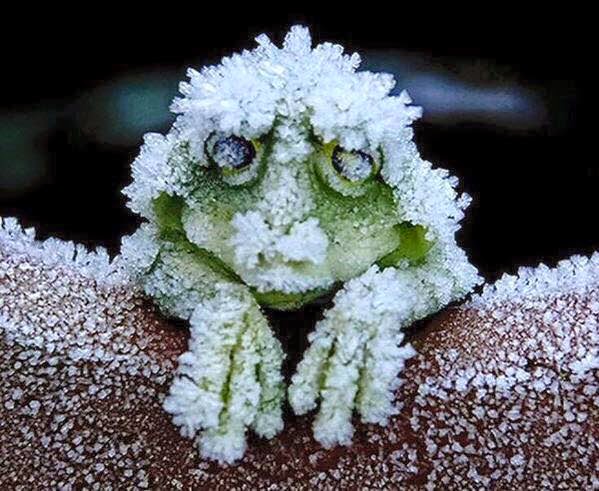 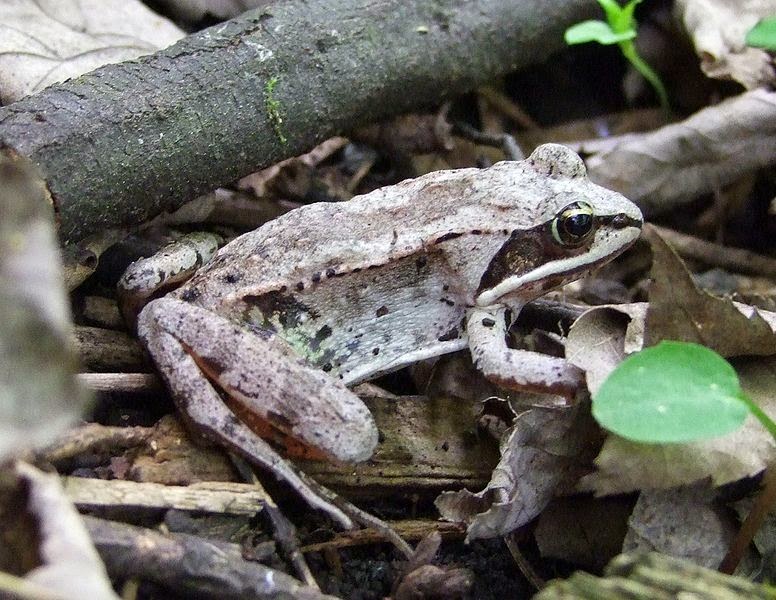 This frog that when full grown is around three inches long lives up the four years.  Beginning in the fall, the frog finds a pile of leaves near a pond or lake.  After eating and storing glycogen in their bodies, they spend time preparing for winter by practicing getting cold.  For a few weeks they freeze at night and thaw during the day.  Scientists who have studied these frogs determined that this practice pattern converts glycogen to glucose.  Once the temperatures drop below frozen, the frogs freeze.  Urea is also accumulated in tissues in preparation for overwintering. Both urea and glucose act as an antifreeze to limit the amount of ice that forms and to reduce osmotic shrinkage of cells. Although up to 70 percent of the water in their cells freeze, they survive.  The frogs appear dead, but the high levels of urea and glucose in their cells allow them to survive in this state of "suspended life."   In the spring once the frogs thaw out, they wake back up and hop away! Another strategy is for animals to huddle together.  Sharing body heat is a great way to conserve energy and survive the cold.  Perhaps the animal that has perfected this strategy is the emperor penguins in Antarctica.  Thousands of penguins huddle -- called a turtle formation -- but they make sure they stay the proper distance, with the birds only touching slightly so as to not compress their feathers, which would compress their feathers and reduce their insulation.   The younger and smaller birds stay in the center of the huddle, the other birds take turns on the inside and outside of the huddle. 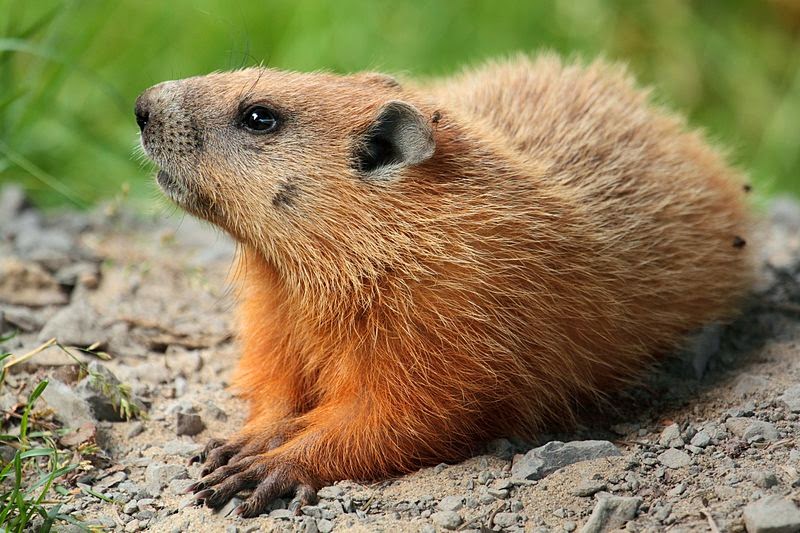 Some warm-blooded mammals retreat into hibernation to survive the winter. Groundhogs s and several species of bats enter into a state of "suspended animation" during  which their pulse and respiration become so low, that they appear to be dead. During the Fall season these mammals increase their food intake to buildup a layer of fat.  Over the course of the winter during this period of inactivity, they live off this fat reserve. No food or water is consumed by the hibernating animals. 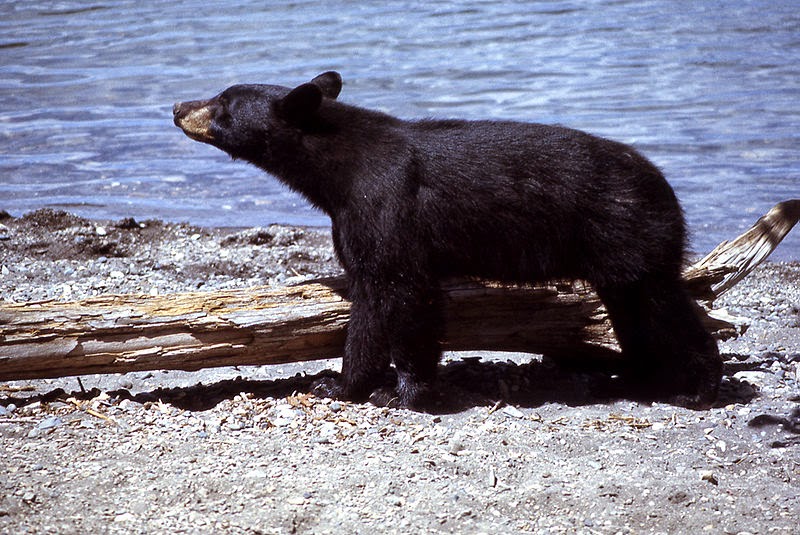 Other warm-blooded animals, such as bears, raccoons, skunks, and chipmunks, spend the winter in a deep sleep, but never enter into a true hibernating state.  In fact, on warmer winter days, chipmunks, skunks, and raccoons can wake up and take advantage of the warmer temperatures to forage for food.  Bears, on the other hand, usually do not leave their dens and survive solely on their thick layer of fat. 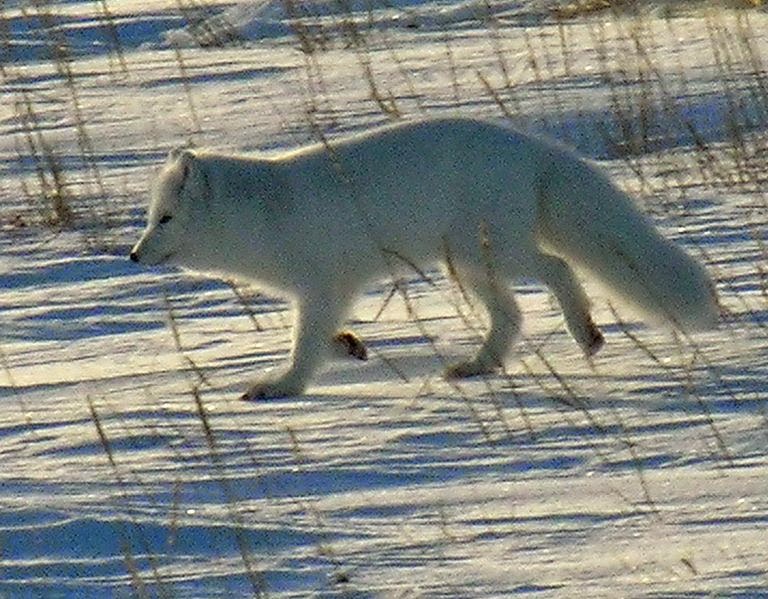 Another extreme winter survival animal is the Arctic fox that lives in some of the most frigid extremes on the planet.  This fox is so well adapted that it does not start to shiver until the temperature drops to −70 °C (−94 °F).  This animals survival strategies include:  its dense, multi-layered fur, an intricate system of circulation and heat exchange within the fur covered paws to retain core temperature, small heavily furred ears, a short nose, and a good supply of body fat. The fox also has a compact body to lesson the amount of heat that escapes from the body. 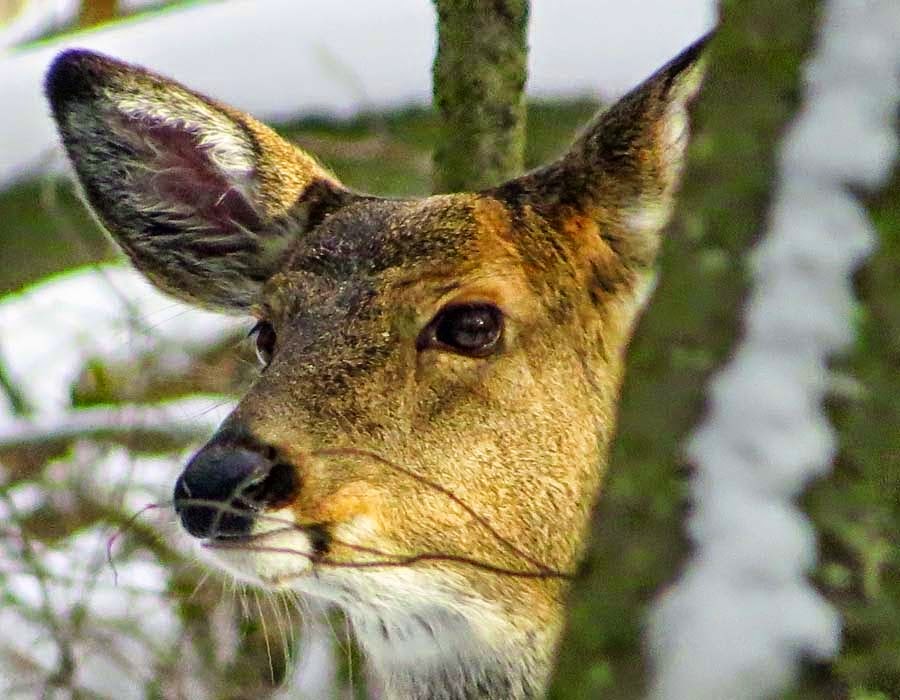 Whitetail deer have their survival strategies, too.  However, in severe winters many deer do not make it.  One primary strategy is that their coat has hollow hair, which is a great insulator, allows deer to bed comfortably in snow, and effectively repels harsh winter weather.  At night and in blizzard conditions deer bed down in dense conifer stands.  These thicker trees block the wind and absorb heat from the sun. Whitetail also select south-facing slopes that allow them to soak up direct winter sun.  These south slopes also have less snow, less wind, and an earlier green up in the spring.