Yesterday I was busy all day before watching the Superbowl, so I didn't get out to exercise and take photos.  So for today's blog posting I visited a different NASA webpage with recent photos from their many other websites:  http://photojournal.jpl.nasa.gov/new.   I also clicked on some of the links from that webpage. 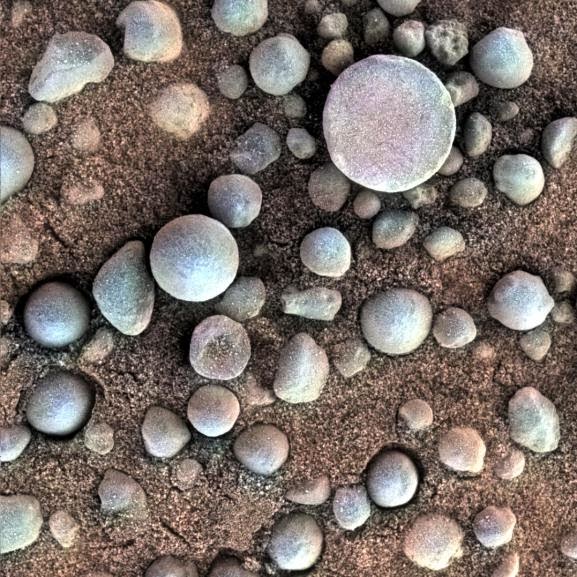 The above photo was actually taken by the Mars rover, Opportunity in 2004, but was just released last week.  The area shown is only 1.2 inches (3 centimeters) across, taken by a microscopic camera on the rover.  The spheres are examples of hematite mineral concretions nicknamed "blueberries." 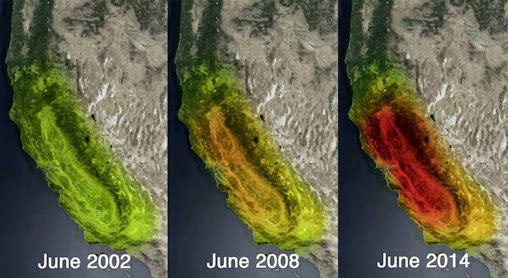 NASA satellites are monitoring the conditions on our own planet.  The series of photos above shows the draught in California.  California's Sacramento and San Joaquin River basins, including the Central Valley, have suffered the greatest decline in water, in part due to increased groundwater pumping to support agricultural production. Colors progressing from green to orange to red represent greater accumulated water loss between April 2002 and June 2014.  Between 2011 and 2014, the combined river basins have lost 4 trillion gallons (15 cubic kilometers, or 12 million acre-feet) of water each year, an amount far greater than California's 38 million residents use in cities and homes annually. 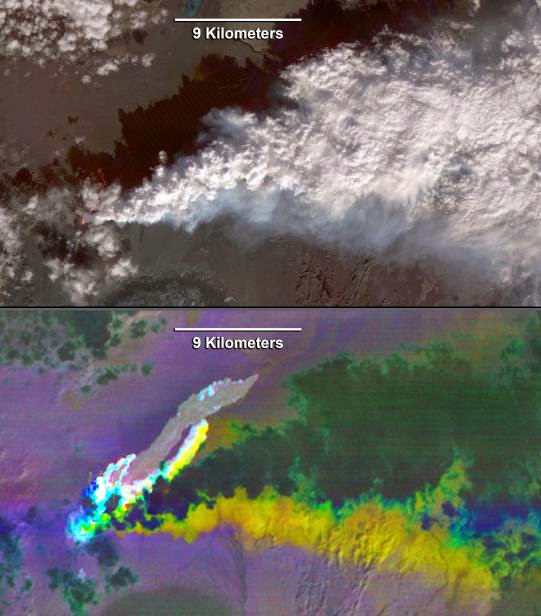 Since the end of August 2014, Iceland's Bardarbunga volcano has been pouring out lava from a growing fissure. The flows have been accompanied by spectacular lava fountains. So far, the flows have covered 14 square miles (36 square kilometers); and the eruption shows no signs of stopping. The eruption is caused by the spreading of the Eurasian Plate and the North American Plate moving apart from each other. Molten rock flows into the gap and erupts at the surface. On Sept. 23, The Advanced Spaceborne Thermal Emission and Reflection Radiometer (ASTER) instrument on NASA's Terra spacecraft captured these images of the eruption. The top, visible image shows the parts of the flows and fissure that are active and have fresh incandescent lava glowing in red. A white cloud of steam trails off to the east. The bottom, thermal image composite shows the hottest lava in white; cooler, older lava flows are in light gray. The steam plume is opaque, and appears dark due to its low temperature.

The picture above was taken by the Mars rover, Curiosity.  The scene includes four distinct features:
1. Sand ripples in foreground, typical of those along the floors of valleys in this area within Gale Crater
2. The Pahrump Hills section of the Murray formation, where approximately 60 vertical feet (18 meters) of rock layers are exposed
3. A darker ridge off in the distance toward the left
4. Northwestern slopes of Mount Sharp in the background, where an abrupt transition is apparent between the buttes and valleys in the lower part and the tilted and carved beds of the upper part 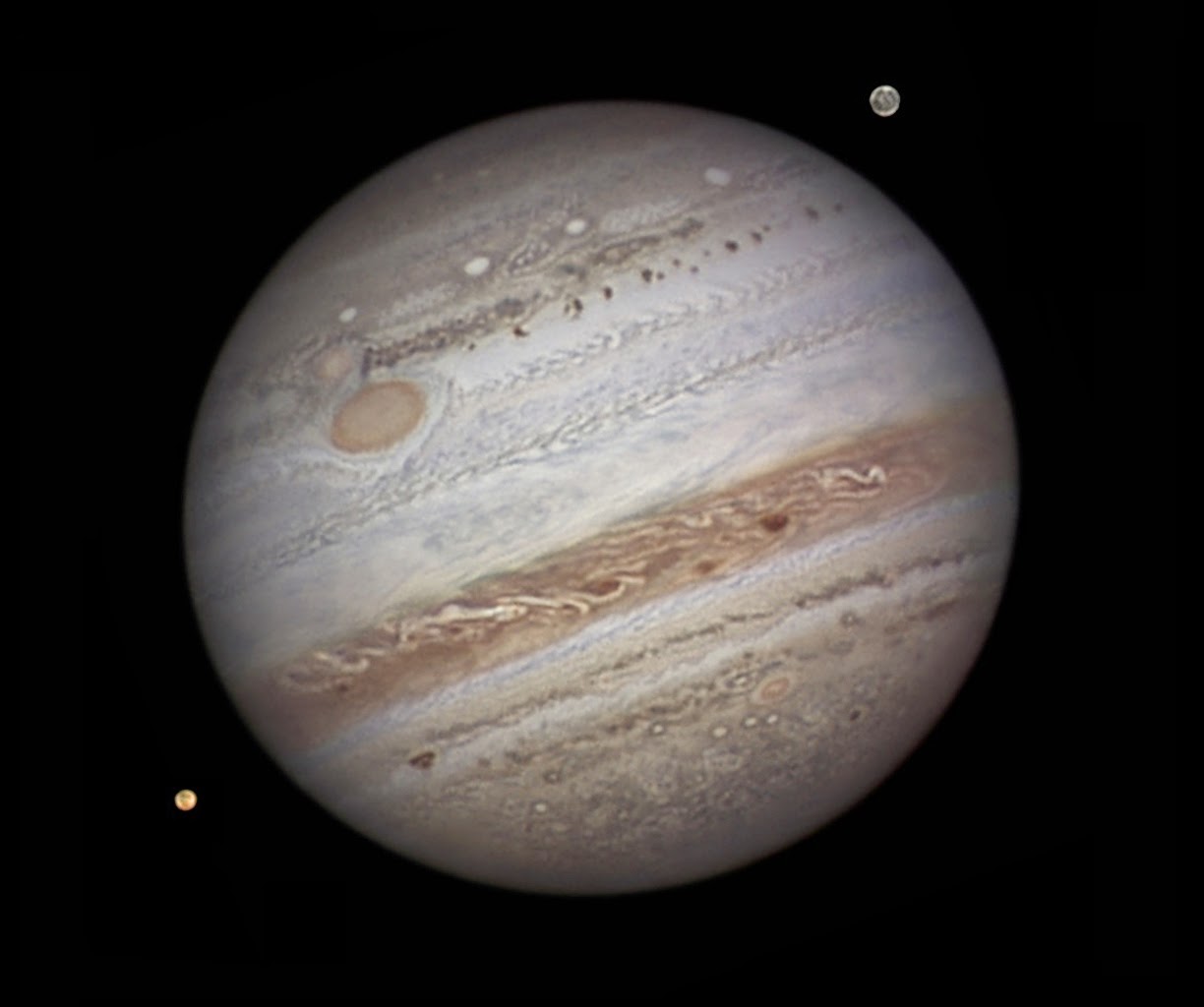 Sometimes NASA teams up with amateur astronomers.  The beautiful image of Jupiter above was acquired by Damian Peach on September 12, 2010, when Jupiter was close to opposition. South is up and the "Great Red Spot" is visible. Two of Jupiter's moons, Io and Ganymede, can also be seen in this image. 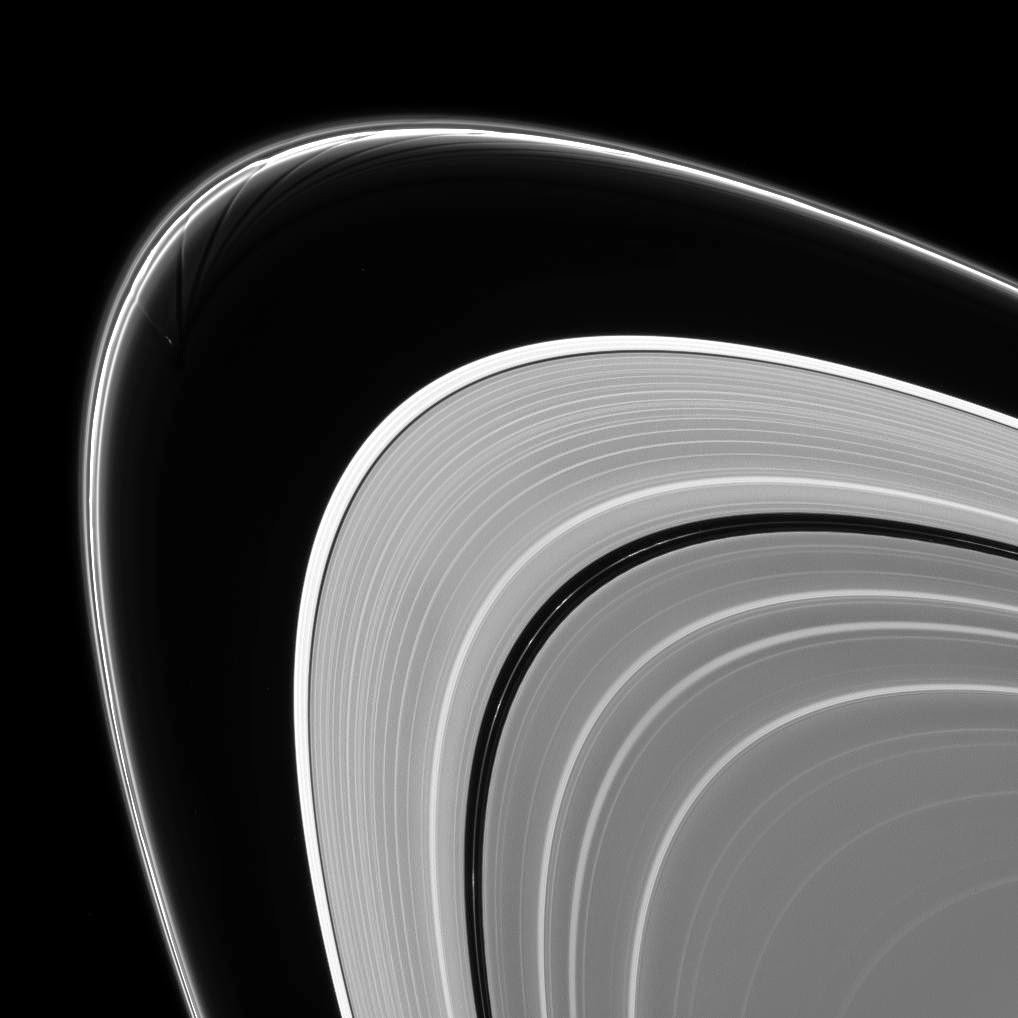 Prometheus is caught in the act of creating gores and streamers in the F ring. Scientists believe that Prometheus and its partner-moon Pandora are responsible for much of the structure in the F ring.

The orbit of Prometheus (53 miles, or 86 kilometers across) regularly brings it into the F ring. When this happens, it creates gores, or channels, in the ring where it entered. Prometheus then draws ring material with it as it exits the ring, leaving streamers in its wake. This process creates the pattern of structures seen in this image.