The UP 200 Dog Sled Race this year certainly was a qualifier and training event for the Iditarod race in Alaska.  The dozen or so teams left Marquette Friday night.  Other than a required rest along the way, they were out in blizzard conditions for the 120 miles to Grand Marais, which is the half way turn-around point.  I dressed for the -30 below chill factor weather, but it was still cold on my face!  In fact with the wind and off-and-on white-out conditions, it was brutal.

Due to the weather, there were a lot fewer people waiting and watching for the next team to come in. 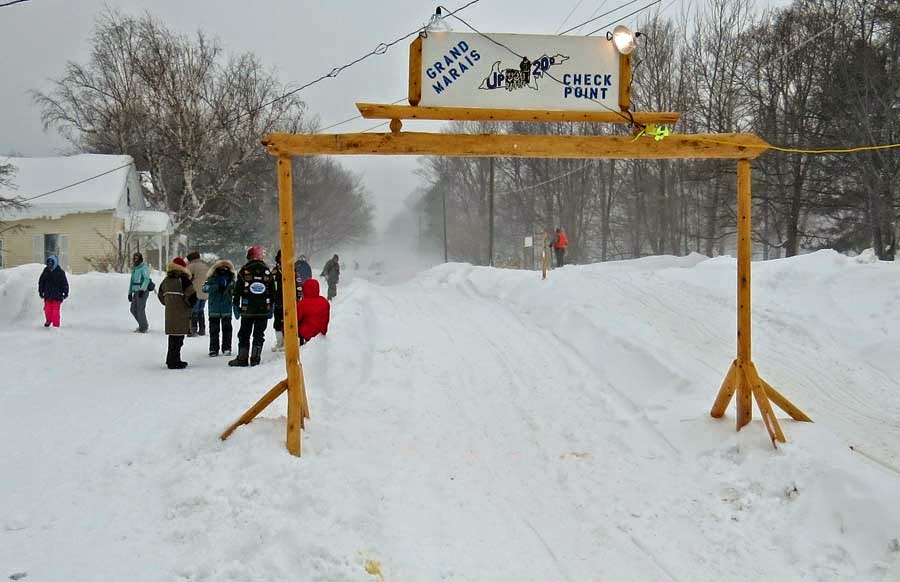 I'm not sure what IFan Sports Network is all about, but I guess they were covering the event. 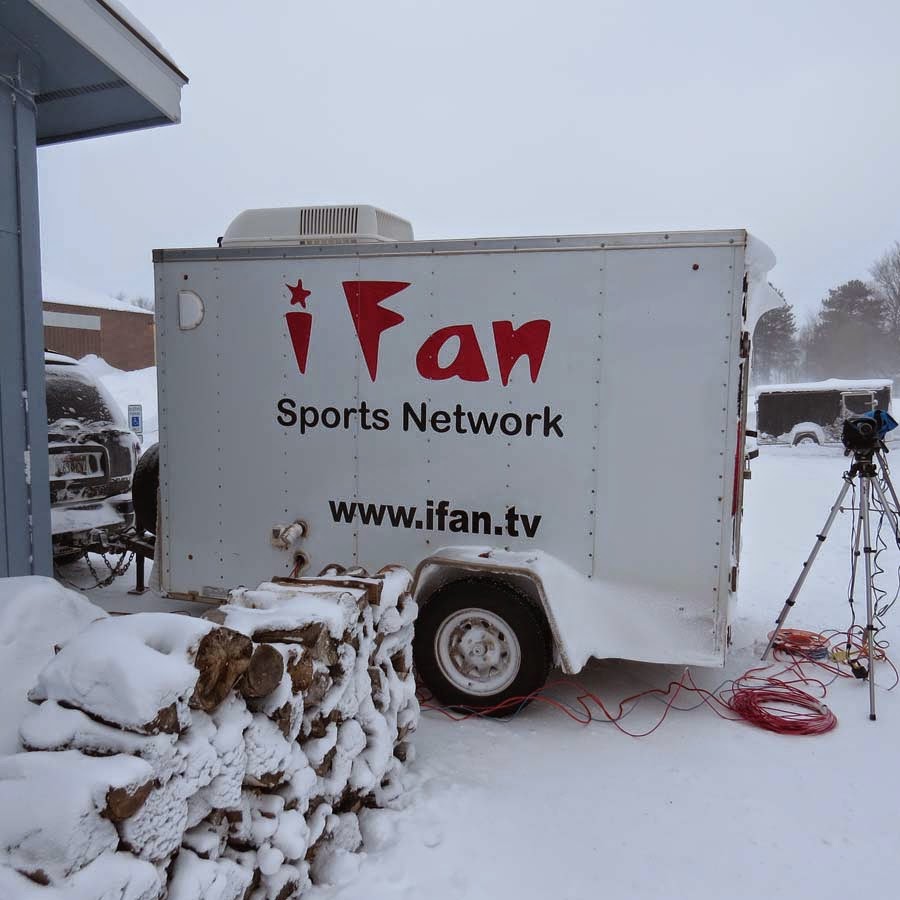 Grand Marais volunteers plow out the baseball field and make bed-down areas for all the teams.  Food, water, straw, blankets, vet exams, and in a few cases, doggie massages all take place when the teams come in. 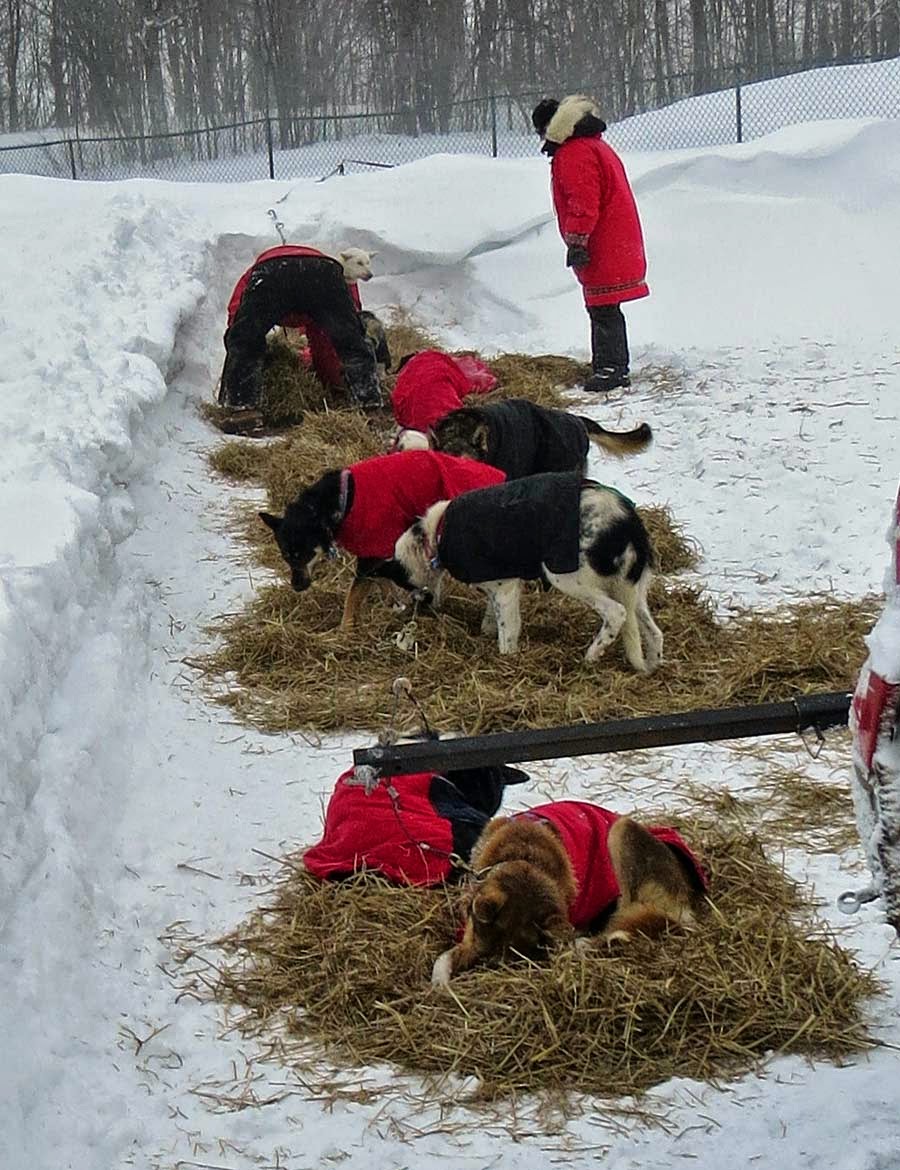 This musher had just come in. 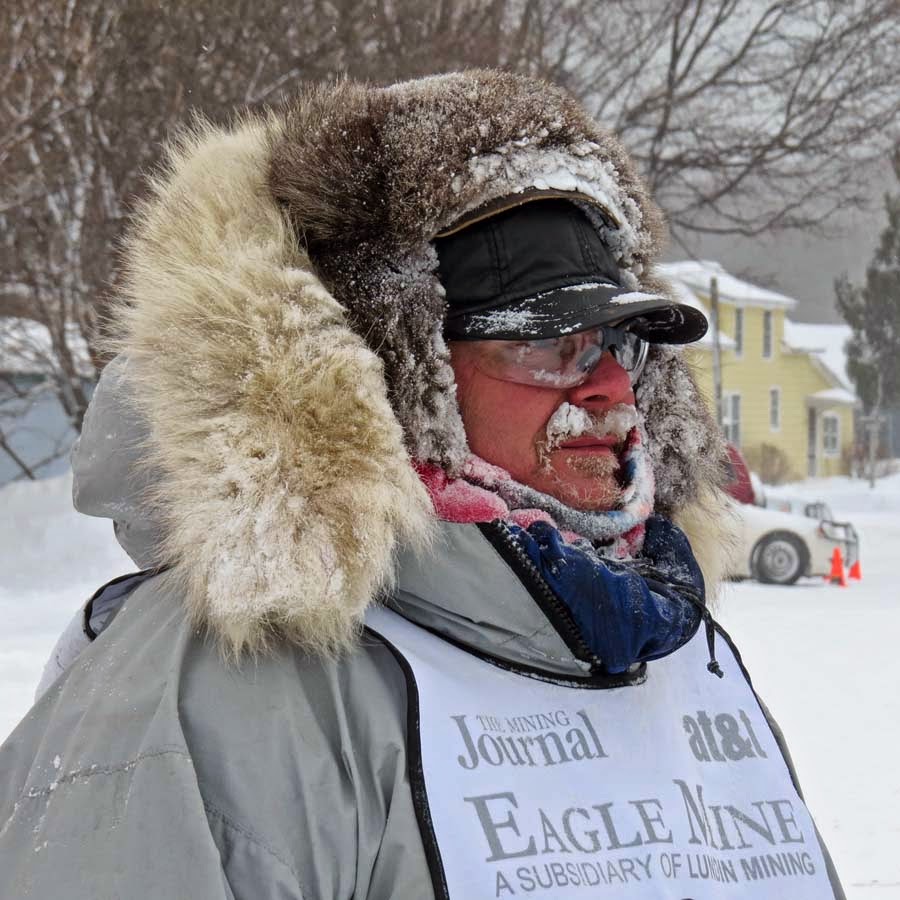 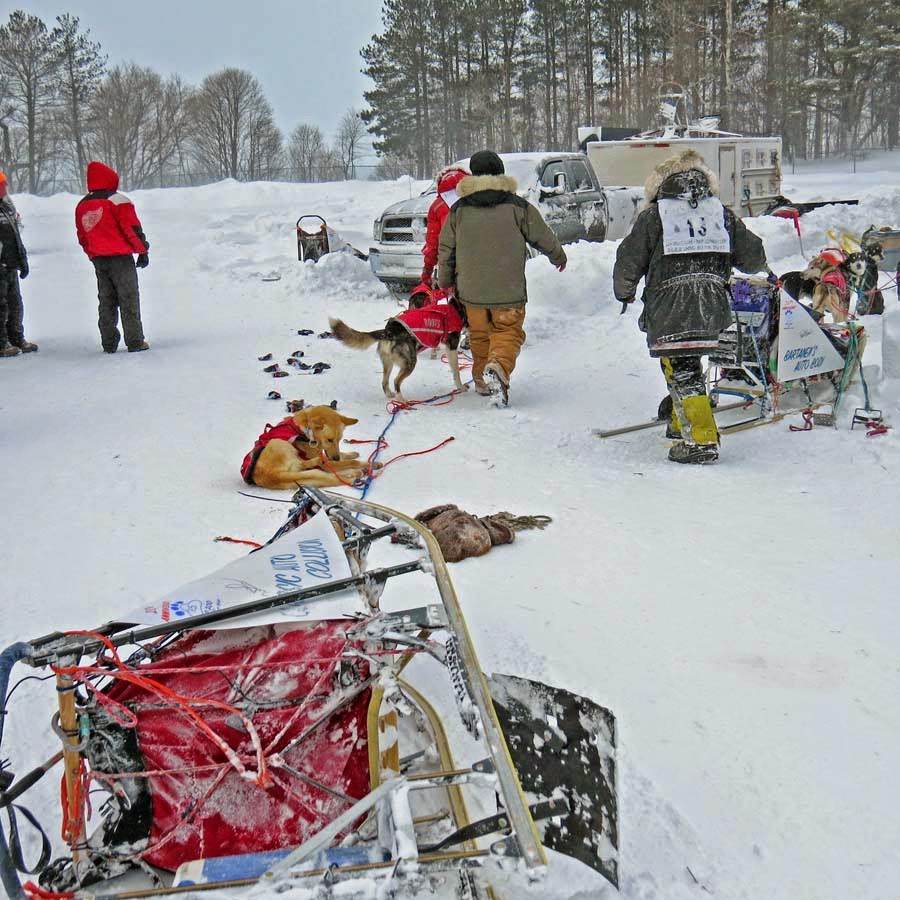 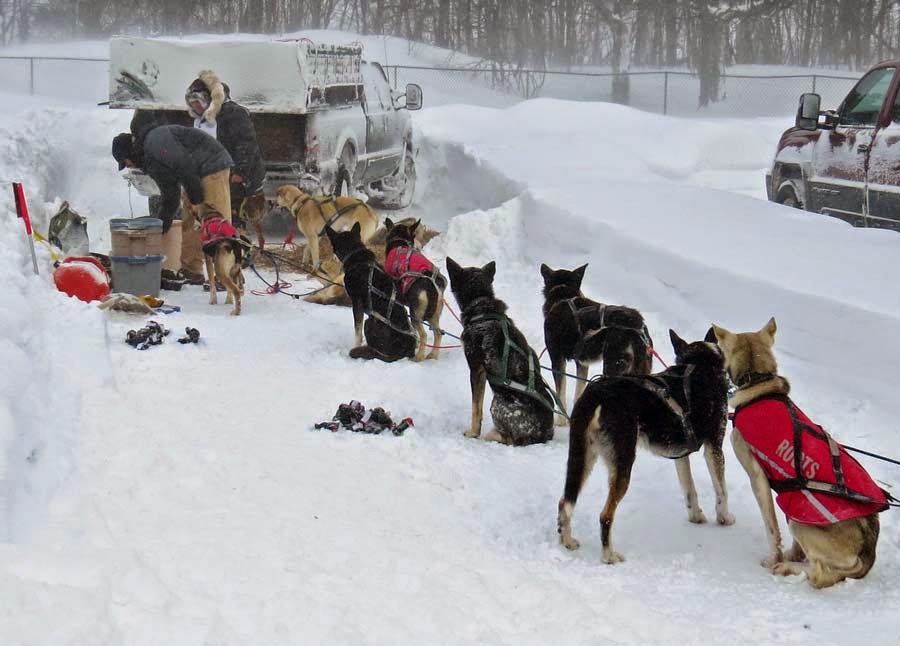 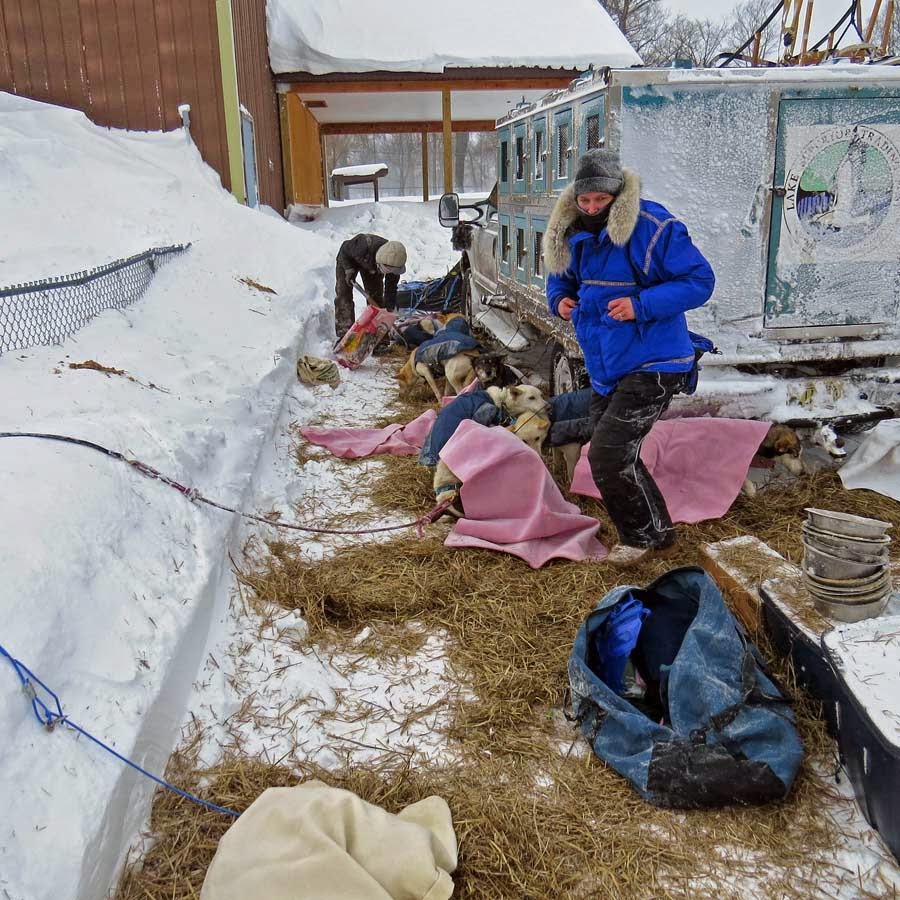 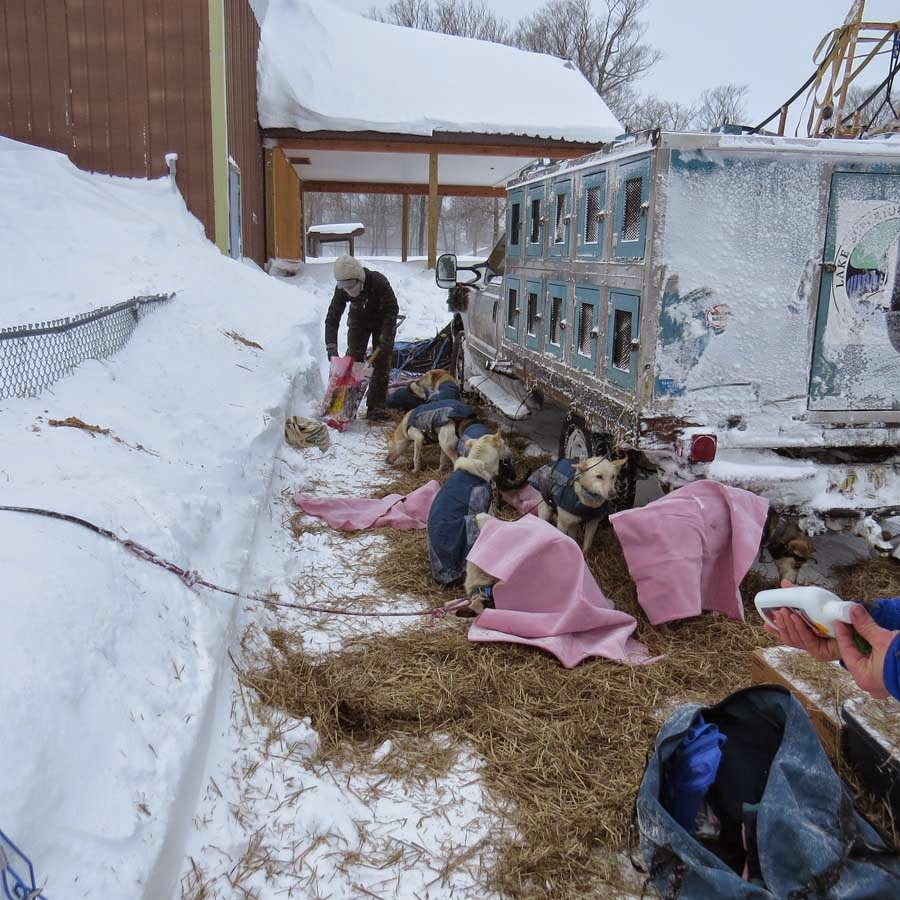 Inside the recreation center was one of the race centrals, a silent auction, and food available (sold by the Grand Marais Women's Club). 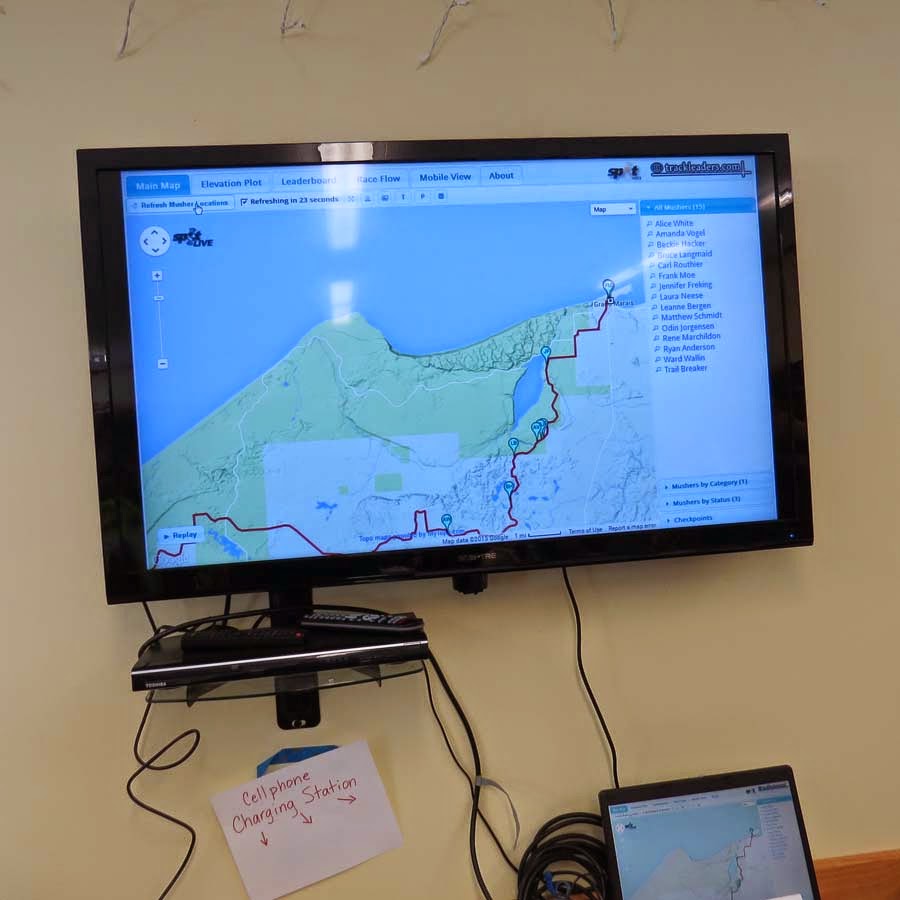 The museum waiting for another season.  I decided not to open for the UP 200, despite the fact that the crowd gathers right outside.  I knew that the weather would prevent crowds this year.  In fact, in some areas west of Grand Marais a civil emergency was declared and people were not allowed to travel, even by snowmobile.  It would have been difficult to heat up the museum well enough to allow me to sit there all day.  Notice the snow guards I put up on the windows last fall.  I am doing a better job this year implementing methods to tame the snow monster. 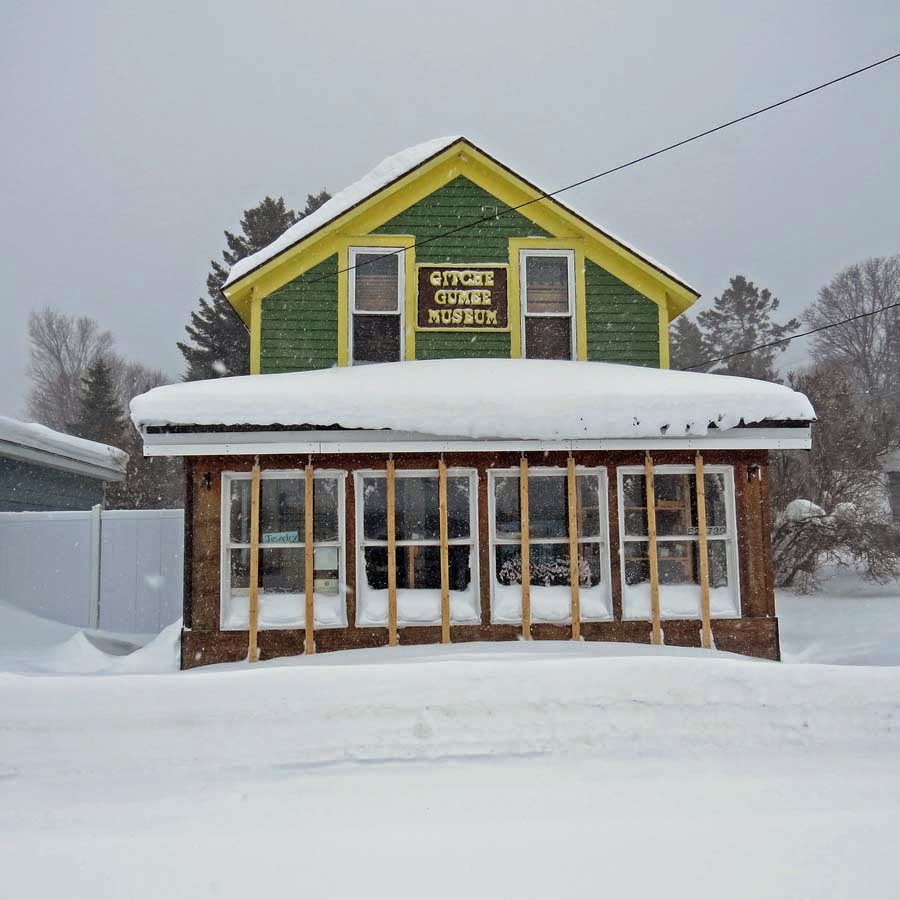 Some of my friends and I walked over to suicide hill to watch a few teams come in.  It was interesting walking over there.  I was with friends, Jamey and Lois.  At points we had to walk backwards because it was just to cold to walk into the wind.  I cannot imagine driving a dog sled team at 10mph in that wind for hours on end.  At points we could not see ten feet in front of us. 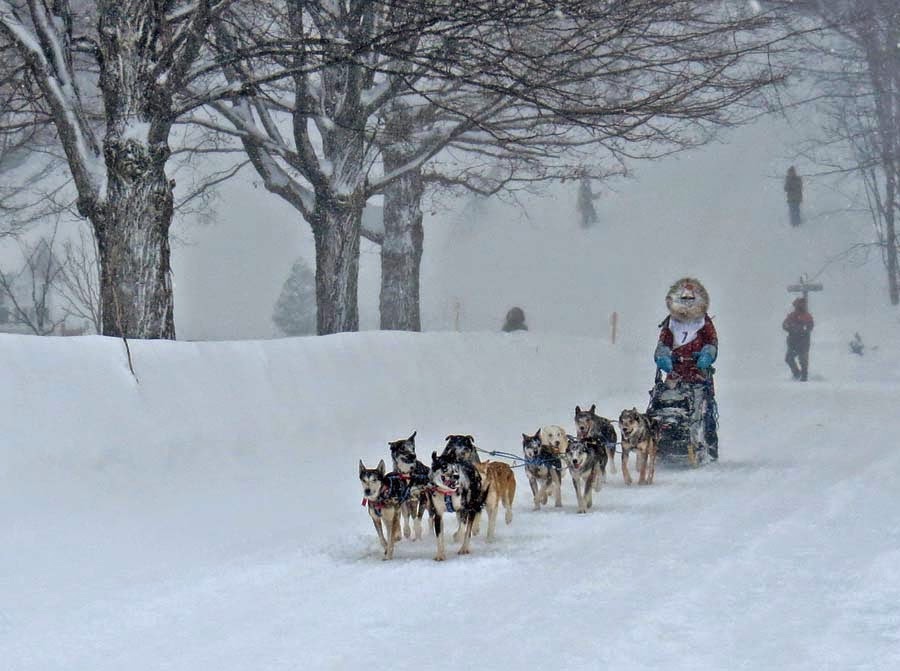 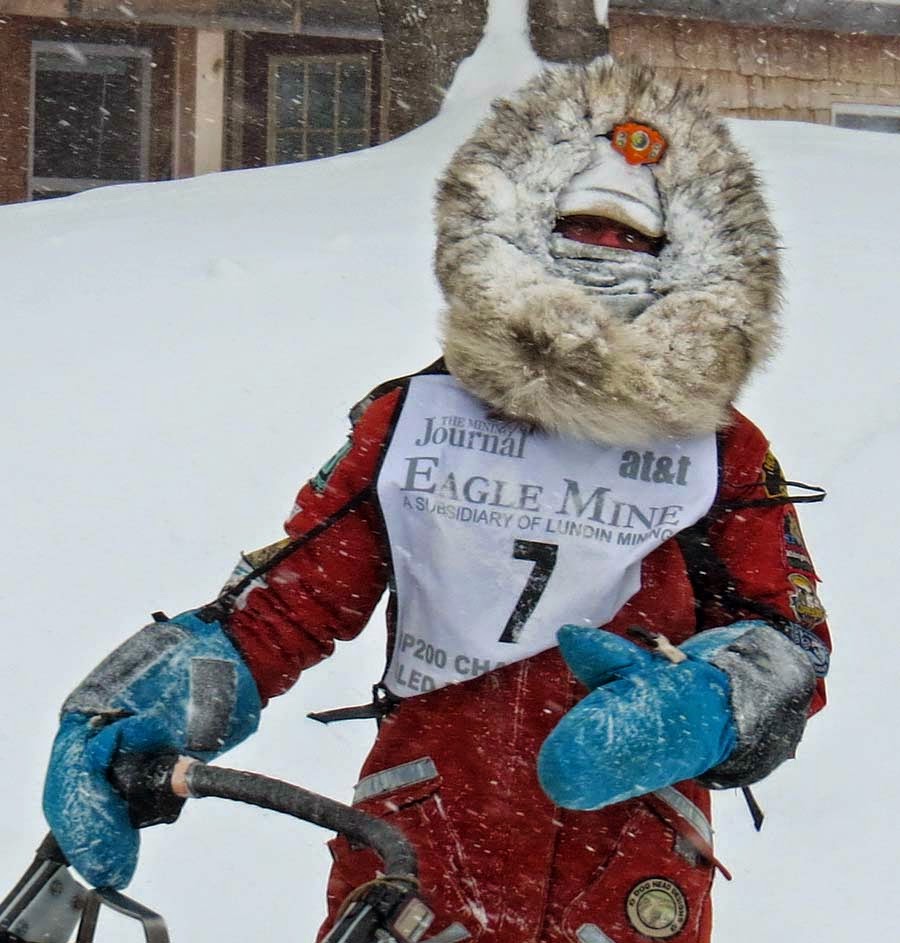 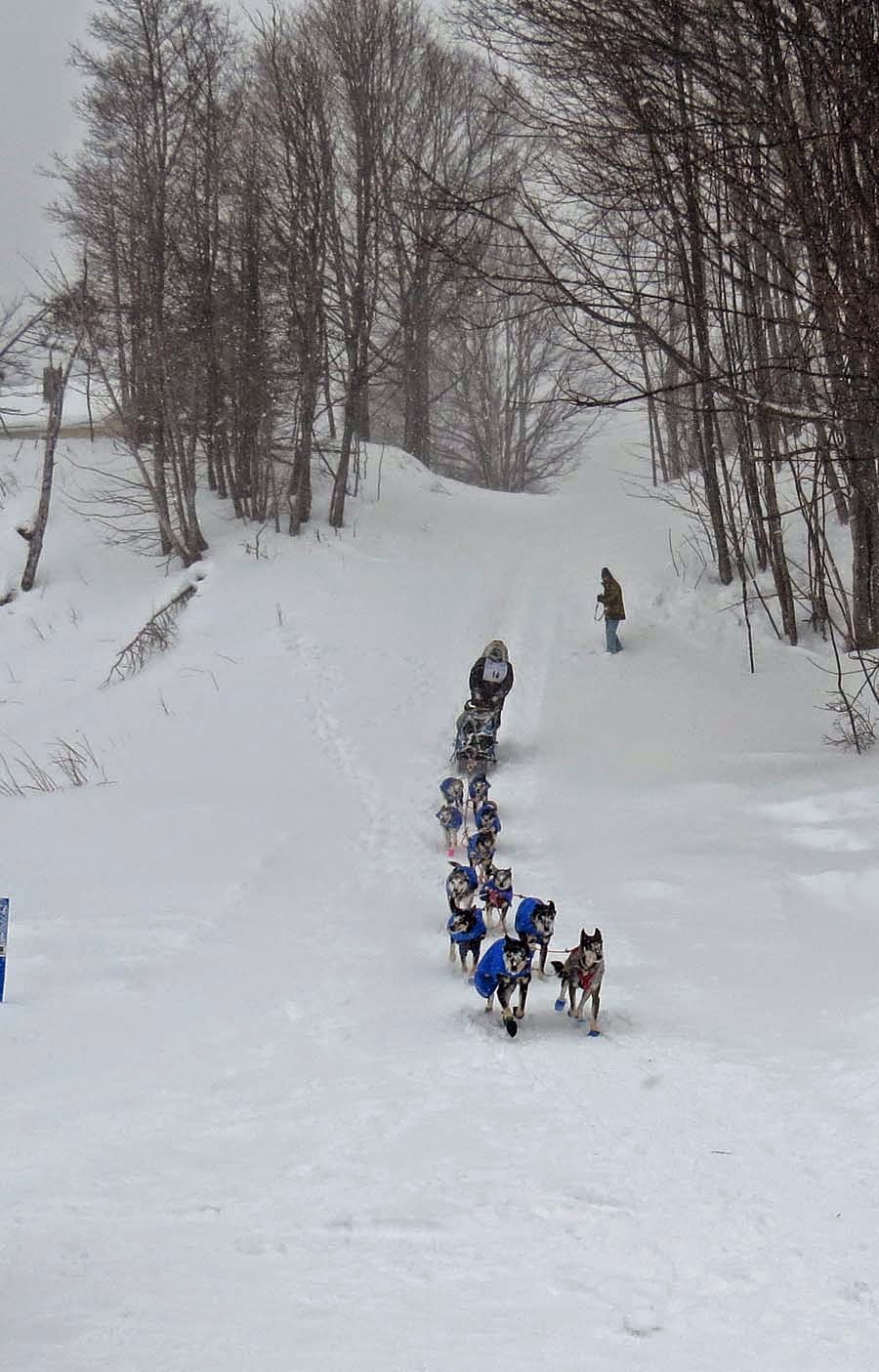 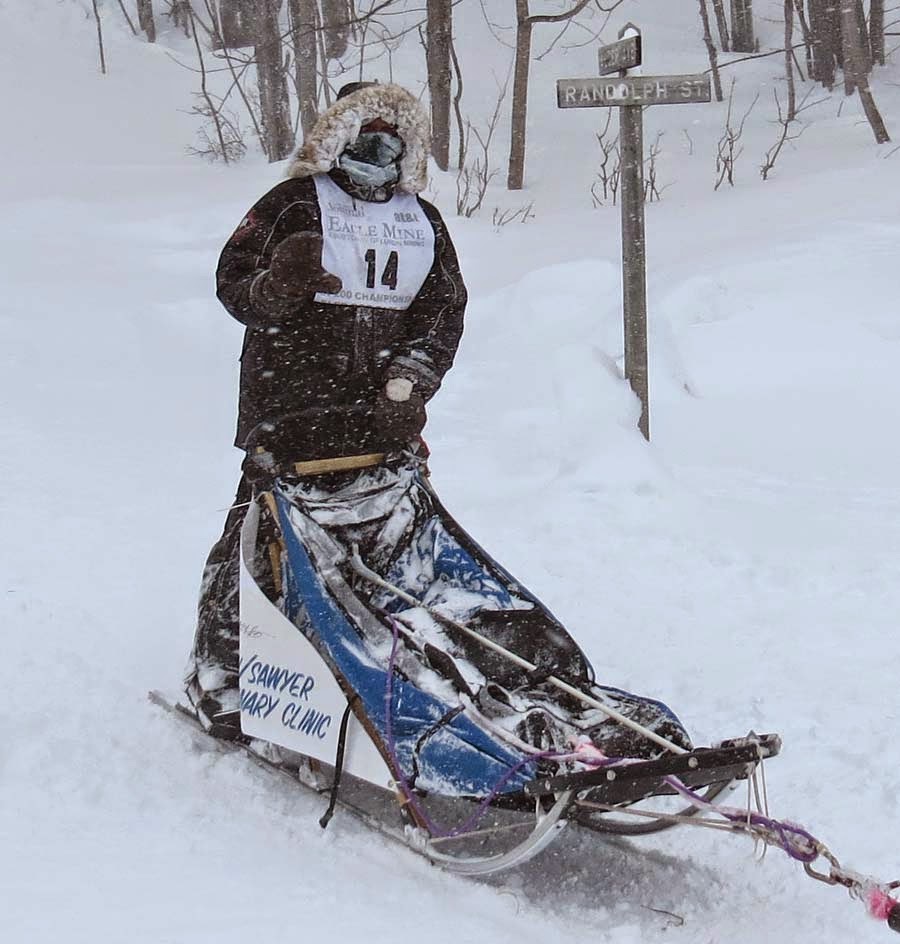 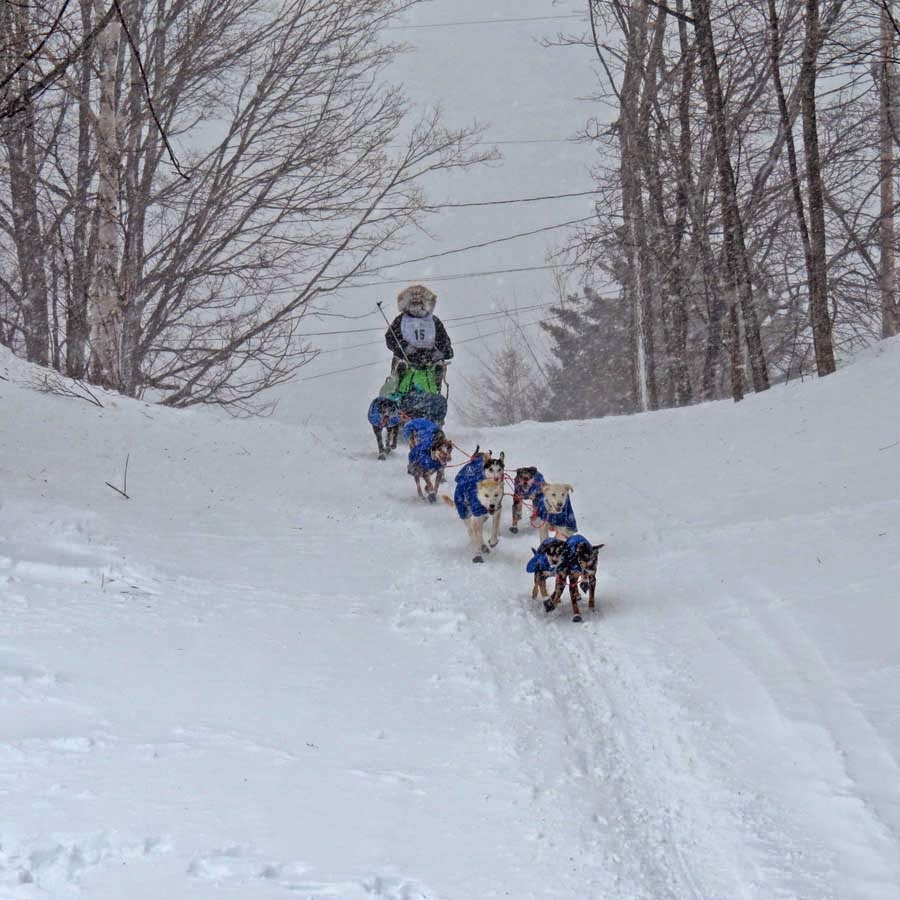 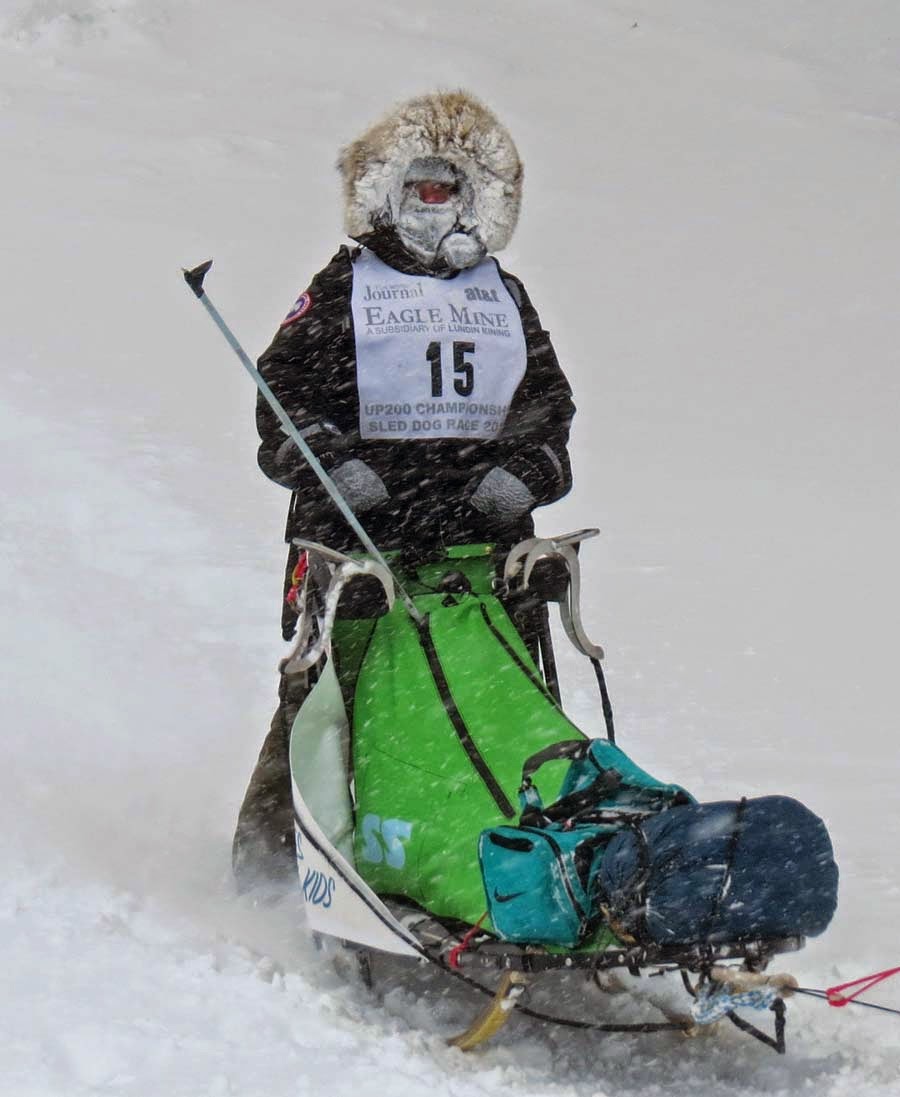 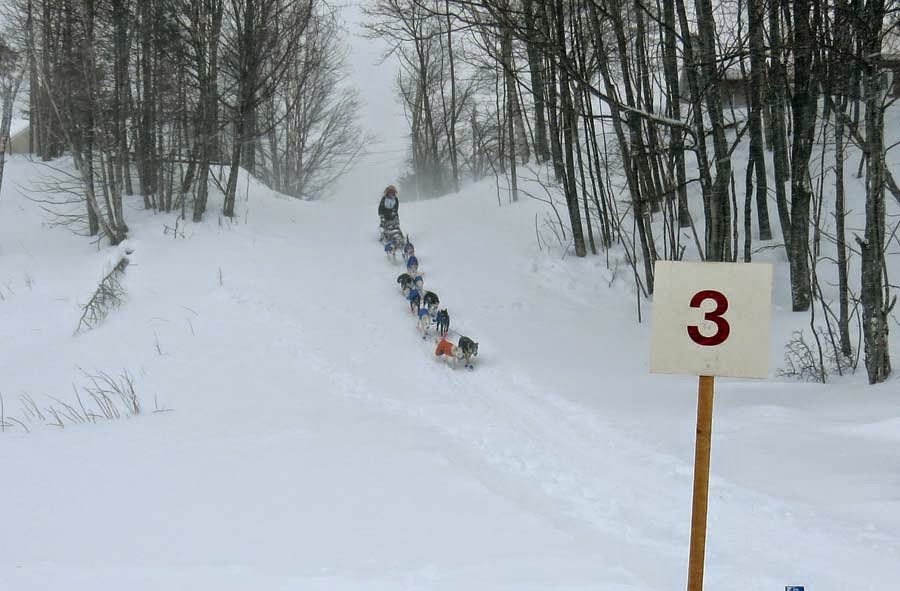 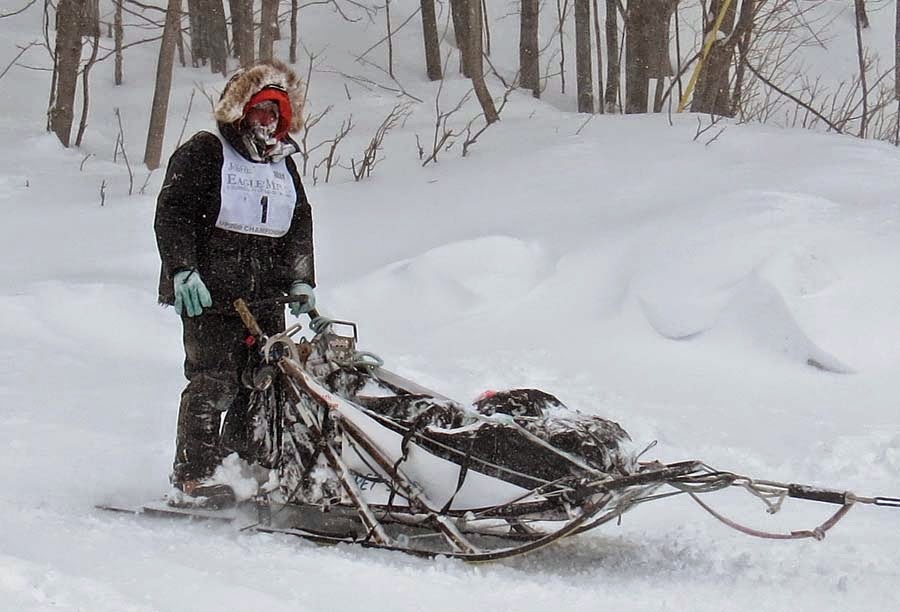 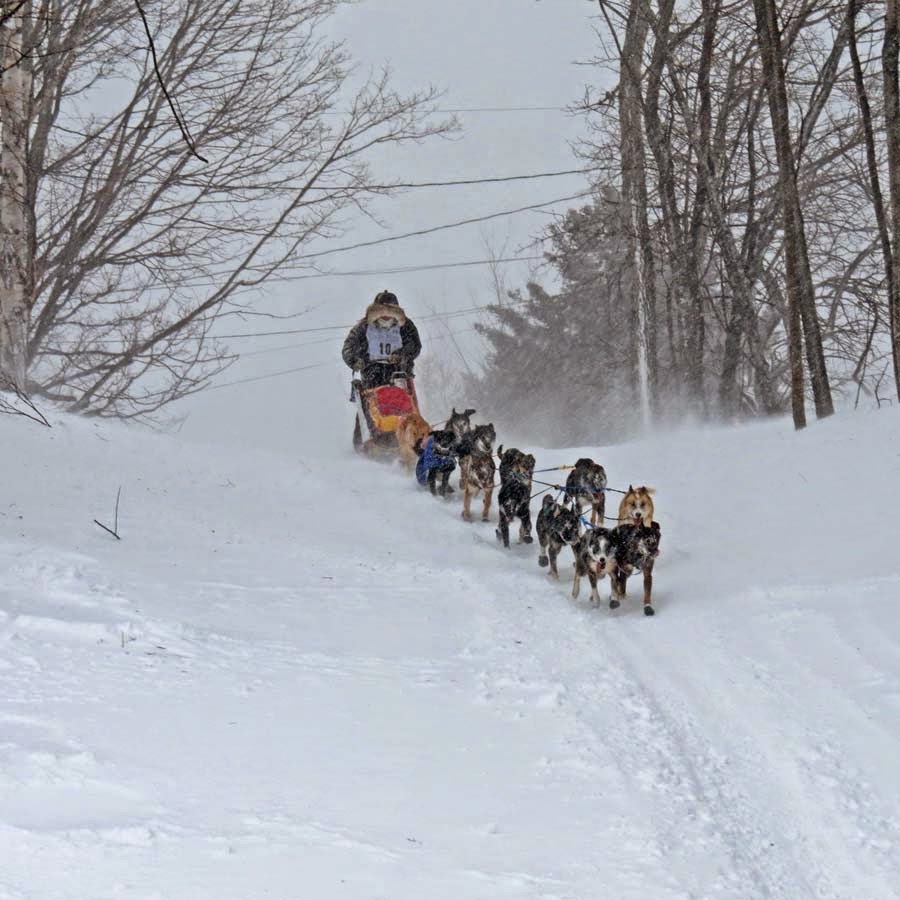 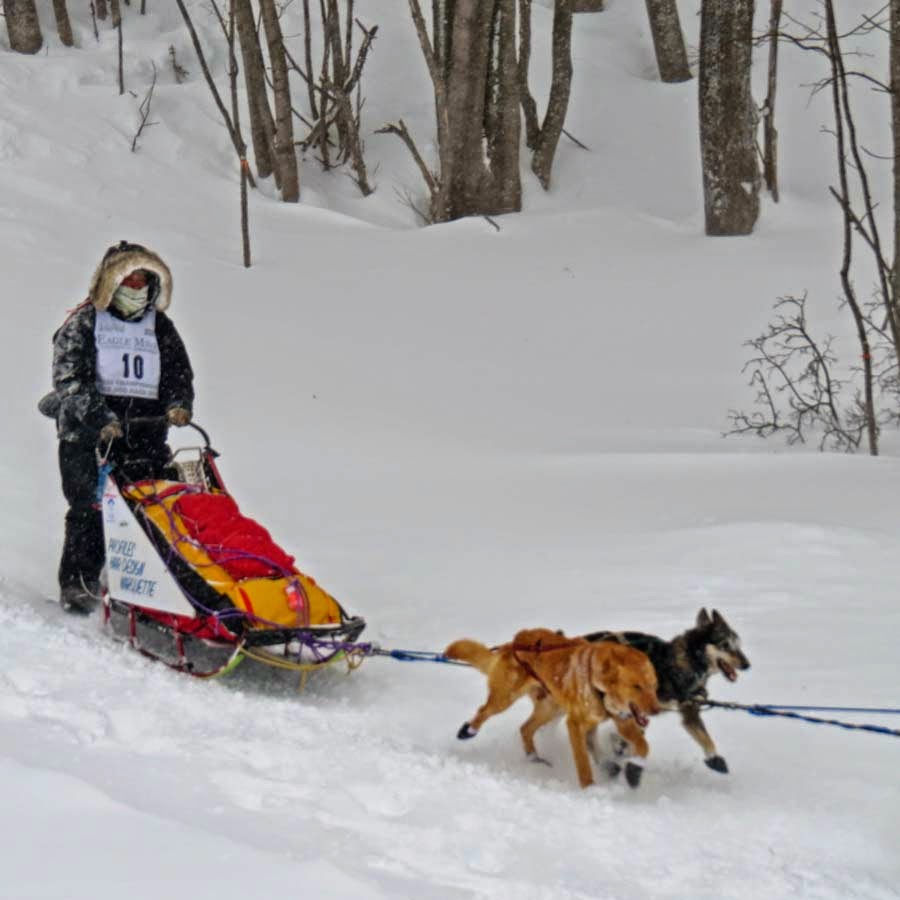